Accessibility links
Supreme Court Weighs 1987 Conviction By All-White Jury The defense showed the names of the black jurors circled, highlighted in green, labeled with the letter "B." But lawyers for the state of Georgia said there's a reasonable explanation. Former state and federal prosecutors are urging the Supreme Court to invalidate Timothy Foster's conviction because of "blatant prosecutorial misconduct." They point to study after study showing that when it comes to getting rid of racial discrimination, the current system doesn't work. Annette Elizabeth Allen/NPR hide caption Former state and federal prosecutors are urging the Supreme Court to invalidate Timothy Foster's conviction because of "blatant prosecutorial misconduct." They point to study after study showing that when it comes to getting rid of racial discrimination, the current system doesn't work.

The Supreme Court on Monday revisited the issue of racial bias in jury selection. At issue: the conviction of a 19-year-old African-American, sentenced to death in Georgia, by an all-white jury.

Jury selection, in the end, boils down to how prosecution and defense lawyers use their so-called peremptory strikes. These are the set number of prospective jurors who can be eliminated by each side without any stated reason.

In 1986, the Supreme Court sought to get rid of race as the unspoken motive for these strikes when used by prosecutors. In a case called Batson v. Kentucky, the court said that if the defense can show a pattern of racial exclusion in the prosecution's strikes, the prosecutor will have to justify each one with a nonracial reason.

A year later, when the state prosecuted Timothy Foster for the murder of an elderly white woman in Rome, Ga., the prosecutor used four of his nine peremptory strikes to eliminate all of the qualified prospective jurors who were black, and Foster was sentenced to death by the all-white jury.

The defense cried foul, but the trial judge and every appellate court after that accepted the prosecution's alternative nonracial reasons. The courts continued to accept these nonracial justifications even after the defense in 2006 obtained the prosecutor's jury selection notes. They showed the names of the black jurors circled, highlighted in green, labeled with the letter "B," and rated against each other in case the prosecution had to accept one black juror.

"In this case we have an arsenal of smoking guns," Stephen Bright, Foster's attorney, said on the steps of the Supreme Court following oral arguments. "If the courts are going to ignore this kind of discrimination, or if they're going to say if there's one plausible reason out of a whole laundry list of reasons that are given, it's going to mean that there's no protection against racial discrimination in jury selection. And this is rampant — rampant in this country."

Inside the court chamber, Bright faced a key question from Justice Ruth Bader Ginsburg. She quoted prosecutors as saying that they concentrated on the black jurors because of an anticipated challenge to the racial makeup of the jury under the Supreme Court's Batson ruling, which was brand new at the time. 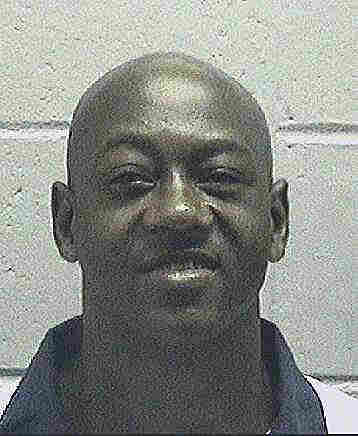 Foster was convicted of killing an elderly white woman by an all-white jury in 1987. AP/Georgia Department of Corrections hide caption

Bright replied that historically in Rome prosecutors always had struck black jurors. In this case, he contended, as the notes would subsequently show, the black prospective jurors were singled out, intensely investigated, and compared to each other, instead of to the whole jury pool.

Indeed, Bright noted that the prosecution offered as many as a dozen reasons for striking each of the qualified black jurors, with occasionally contradictory reasons added in later appeals.

"Some lower courts have upheld a strike if they can find there is one legitimate reason for it," Justice Sonia Sotomayor observed.

Bright replied that prosecutors now come to court with "canned reasons and just read them off." That happened here, he said, and it happens all over the country.

"If the prosecutor argues a laundry list of reasons for striking black jurors and some of those are reasonable and some are implausible, how should the court approach the Batson analysis?" asked Justice Kennedy.

"I think that the fact that there is such a laundry list suggests in and of itself that the court should ... be suspect of the reasons," Bright answered.

Next up to the lectern was Georgia Deputy Attorney General Beth Burton. She faced an array of skeptical questions from justices both liberal and conservative, beginning with Justice Elena Kagan: "Isn't this as clear a Batson violation as a court is ever going to see?"

"I don't think it is," replied Burton. "There is a reasonable explanation." Pressed by Justice Stephen Breyer, she said this was in the early days of Batson challenges, and the prosecution's notes focused on the black jurors because of an anticipated challenge of racial bias. Burton, however, could not explain why the prosecution failed to offer this justification until decades later.

Justice Breyer then moved in on Burton's second argument, "that the prosecutor had about 40 different reasons [for vetoing each black prospective juror], and at least some of them could be valid."

Only slightly tongue-in-cheek, Breyer offered his own, more personal comparison. "Now, if my grandson tells me, 'I don't want to do my homework tonight because I'm just so tired, and besides I promised my friend I'd play basketball. And besides that, there's a great program on television. And besides that, you know ... my stomach is upset, but I want to eat spaghetti.' So, now he's given me five different reasons. What do I think of those reasons?"

Burton, unfazed, replied: "They all may be valid."

Breyer, however, wasn't buying. "My answer to my grandchild is, 'Look, you're not too tired to do your homework.' And I think any reasonable person looking at this would say the prosecutor's purpose was to discriminate on the basis of race."

Burton reiterated that the Batson case was new to prosecutors, but Justice Anthony Kennedy interjected, "Sure it was new, but they're wrong."

"What do we do with the failure of the prosecutor to even ask these black jurors about their concerns?" Justice Sotomayor asked. Among the cited reasons for striking one juror was that his son had been prosecuted five years earlier for stealing four hubcaps. But Sotomayor said that the juror may well have thought that was just the thing to put his son on the straight and narrow. There is no way to know, she suggested, without the prosecutor asking a question about this concern.

Georgia's Burton replied that the prosecutor didn't ask because he didn't want to risk accepting the man as a juror.

Justice Samuel Alito observed that another juror was struck ostensibly because her age was close to the defendant's. She was 34, the defendant 19, and the prosecution accepted a white juror who was just two years older than the defendant. This time, Burton replied that the prosecution was looking for jurors who were closer to the victim in age, 79.

Chief Justice John Roberts noted at one point in the argument that the prosecutor said he had opposed many of the black jurors not because of their race but because of their gender. What, he inquired, happened to that argument?

Neither advocate offered an answer. As it turns out, the all-white jury was composed of seven men and five women.

A decision in the case is expected later in the court term, though the justices spent a long time in Monday's argument dealing with an arcane procedural question that could avoid a decision on the merits.