Accessibility links
'White Road' Maps The History Of Porcelain While readers may not share Edmund de Waal's obsession with the precious clay (at one point, he crafts an exhibition of 2,455 white-glazed porcelain vessels), his writing makes the subject seductive. 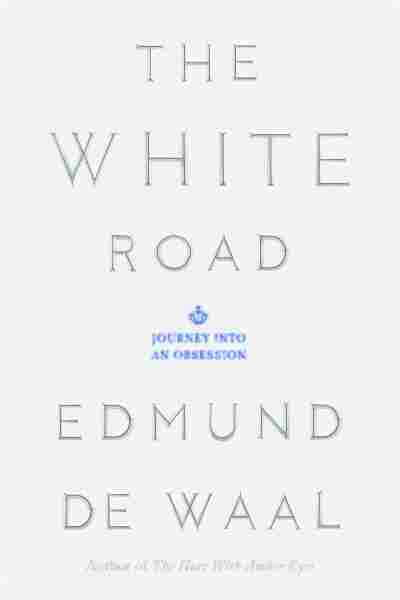 Journey into an Obsession

"White is truth," stated mystic-philosopher-scientist Emanuel Swedenborg. "It is the glowing cloud on the horizon that shows the Lord is coming. White is wisdom." The color that we usually think of as the absence of color drives The White Road, Edmund de Waal's shimmering paean to porcelain.

In 2010 de Waal published The Hare With Amber Eyes, a sleeper bestseller about the diminutive Japanese hand carvings called netsuke. The fusion of memoir and history poignantly recounted how his family's collection of the charming wood and ivory objects came down through the generations.

With this new, lyrical work of nonfiction, de Waal once more combines the personal with the artistic, but shifts his focus away from his collector relatives. Rather, he recounts his own efforts to discover the hidden history of porcelain. A substance of almost mystical power, this relatively rare type of clay has fascinated people in the millennium since its formula was first discovered. Artisans eagerly sought to unlock the secrets of its composition. Royalty hungered to obtain the vases, plates and cups made from the prized material.

As a ceramic artist himself, de Waal has created porcelain vessels since he was a teenager. It is touching to hear of his own experimentation with the medium, his fascination with throwing pots of "perfectly blended porcelain clay, the colour of full-fat milk," created in a studio painted pure white. As it did in The Hare With Amber Eyes, the author's personal search grounds the narrative. He quotes his own journals and cites writers who lead him toward greater understanding, not just of porcelain, not just of the manifold shades of white, but of life itself.

New Artwork Finds A Home At An Old English Manor

"Porcelain warrants a journey," De Waal writes, and he takes the reader along with him around the world. We travel to Jiangxi Province in China, where the recipe for porcelain originated; then to the French court of Louis XIV, where the king builds an elaborate, whimsical pavilion covered with porcelain tiles, a perfect love-nest in which to woo his mistress. After a detour to the clay center of Dresden, Germany, De Waal finally comes back to England, his home turf. He treats not only celebrated Wedgwood china but also the first true English porcelain, created in 1768 by Quaker William Cookworthy. He drops compelling asides: Dachau inmates turned out treacly porcelain figurines for Adolph Hitler. Finally, the author journeys with his son to the United States in quest of a seam of Cherokee kaolin.

In the widest, most generous sense, De Waal is a seeker, and The White Road shows us how to live. A poetic memoir woven with copious amounts of engaging research, the book demonstrates the truism that an unexamined life is not worth living. Self-indulgent? Overlong? Perhaps. But De Waal digs deep into the substance of his life, and what he shares is precious.

In the 17th century, King Augustus II of Saxony and Poland, who owned 35,798 pieces of the stuff, wrote of his self-diagnosed "porcelain sickness:" "Are you not aware that the same is true for oranges as for porcelain, that once one has the sickness of one or the other, one can never get enough of the things and wishes to have more and more."

In the course of writing the book, de Waal crafts an installation of 2,455 white-glazed pots, cups and dishes; the white of an egg shell, of a snowflake, of a sheet of paper. Readers of this literary immersion into the world of white may not share his infatuation. Dive in with de Waal, however, and you will find the writing as well as the subject seductive. Blake asks us to see the world in a grain of sand. The White Road allows us to see it in a type of clay.