Accessibility links
John Irving Always Knows Where He's Going Irving's latest novel is Avenue of Mysteries. He tells NPR's Lynn Neary that he thinks about each book for a long time — and he doesn't start writing until he knows what the ending will be. 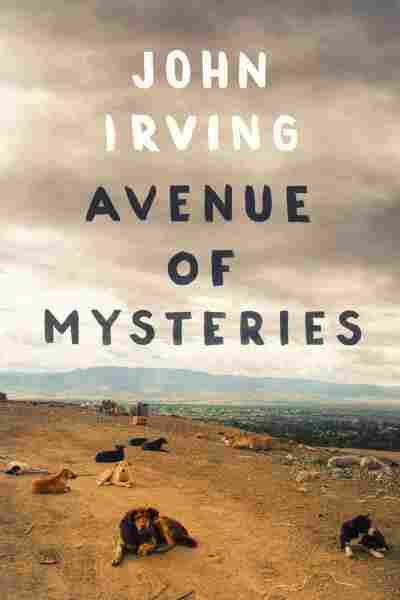 Writer John Irving doesn't believe in miracles — but he is fascinated by them. And there is much that is both miraculous and mysterious in his new book, Avenue of Mysteries. Irving has written 14 novels, including A Prayer for Owen Meany, The World According to Garp and The Cider House Rules. Circuses, orphans and transgender characters often appear in his work, which has a way of mixing the real with the surreal in unexpected ways.

Though Irving has a big imagination, he stays grounded in daily routines. Toward the end of his workday, he grabs a sturdy metal cart and heads out to shop. A former wrestler, he's still in good shape at the age of 73 and walks at a brisk pace from one neighborhood store to the next in his new hometown of Toronto.

In the elevator as we head back up to his office, Irving says he'd be happy if he never had to drive a car again. "I like being able to walk everywhere, or take the subway. I love the subway."

Irving's office, which is in the same building as the condo he shares with his wife, is a beautiful open space overlooking a park. His L-shaped desk wraps around two walls, and he keeps his reading and research material in neat stacks on top of it along with the notepads he uses to write his books by hand.

"I have lots of notebooks around," he says, "because one great advantage of writing by hand — in addition to how much it slows you down — is that it makes me write at the speed that I feel I should be composing, rather than faster than I can think, which is what happens to me on any keyboard.

Irving has several projects in the works right now, including a teleplay for his Pulitzer Prize-winning novel The World According to Garp, which has already been made into a movie. Irving didn't write the screenplay for that film but he did adapt The Cider House Rules for the big screen. That effort won him an Oscar, which is prominently displayed in his office. Irving's new novel, Avenue of Mysteries, was first conceived as a screenplay but then morphed into a book. Irving says he always thinks about a novel for a long time before he starts to write — and he never begins writing until he knows the ending.

I always know where it's going. ... Because I wouldn't know how I'm supposed to sound at the beginning unless I knew how I was going to sound when I got there.

"I always know where it's going. I'm writing toward a sentence, usually to much more than a sentence, to many paragraphs, close to a last chapter — it's like a piece of music that you're writing toward: This is how it sounds when I get to the end. Because I wouldn't know how I'm supposed to sound at the beginning unless I knew how I was going to sound when I got there."

Irving says Avenue of Mysteries took longer than usual to become a book. It all started when he went to India for a photo shoot with his friend, the late photographer Mary Ellen Mark, and her filmmaker husband, Martin Bell.

He flips through a collection of photographs from the pile of books on his table, showing me pictures of young children who worked as circus performers in India and Mexico — he says that in many ways, these are the images that inspired the book.

Irving was with the acclaimed photographer when she took many of the pictures. "Mary Ellen thought I'd be interested in these photographs of these child performers," he says, "because she knew me, and she knew that the very idea of kids in harm's way — especially kids in a situation where the harm they put themselves in at the circus was arguably a better place for them to be than where they were coming from, like they were supposed to be lucky to be there? She thought that would interest me. Which it did."

Irving says he and Bell hoped to make a movie about these young circus performers. But then he started imagining what might happen to kids like this when they grow up — and that was the seed of the main character in Avenue of Mysteries, Juan Diego. We meet him as a grown man, a well-known writer traveling to the Philippines. But in his memories and dreams, he keeps returning to his childhood in Oaxaca, Mexico.

Juan Diego and his sister, Lupe — who can read minds — live on a huge garbage dump on the outskirts of Oaxaca. After an accident leaves him disabled, they are taken in by a Jesuit-run orphanage and eventually end up living and working in a circus. Lupe thinks she can see her brother's future and wants to shape it. Irving says this isn't the first time he's given a character the power of clairvoyance, because he's intrigued by the possibilities such a gift creates.

I've always written about what I fear. Maybe the most autobiographical element in my novels is that they're not at all about what has happened to me, they're much more about what I'm afraid of.

Ultimately, Juan Diego is saved from the circus life by a young missionary who drops out of the Jesuits when he falls in love with a transgender prostitute. Irving was ahead of his time with his interest in transgender characters like Roberta Muldoon in The World According to Garp. Though attitudes toward transgender people have changed radically since then, Irving says he still feels the need to write about intolerance toward people who do not fit society's idea of the sexual norm.

"I had to get over the feeling that, 'oh God, it's this again, I'm going back again.' But then I did do it again. I did feel that no, OK, it may be better, it may be different but it still hasn't gone away, it's still there, it still exists. So you still have to go after that demon to some degree."

Irving uses aspects of his own life in his work, but his fiction is far from thinly disguised memoir — quite the opposite, he says. "I've always written about what I fear. Maybe the most autobiographical element in my novels is that they're not at all about what has happened to me, they're much more about what I'm afraid of, much more about what I hope never happens to me or to anyone I love."

It's the stuff that keeps him awake at night that becomes the fodder for his books, Irving says, and he adds: You don't get to choose your demons. They choose you.