Accessibility links
In 'Trumbo,' Bryan Cranston Brings A Long-Uncredited Writer To Life A new film explores the life of Dalton Trumbo, who wrote films like Spartacus and Roman Holiday despite being blacklisted as a former communist.

In 'Trumbo,' Bryan Cranston Brings A Long-Uncredited Writer To Life

In 'Trumbo,' Bryan Cranston Brings A Long-Uncredited Writer To Life 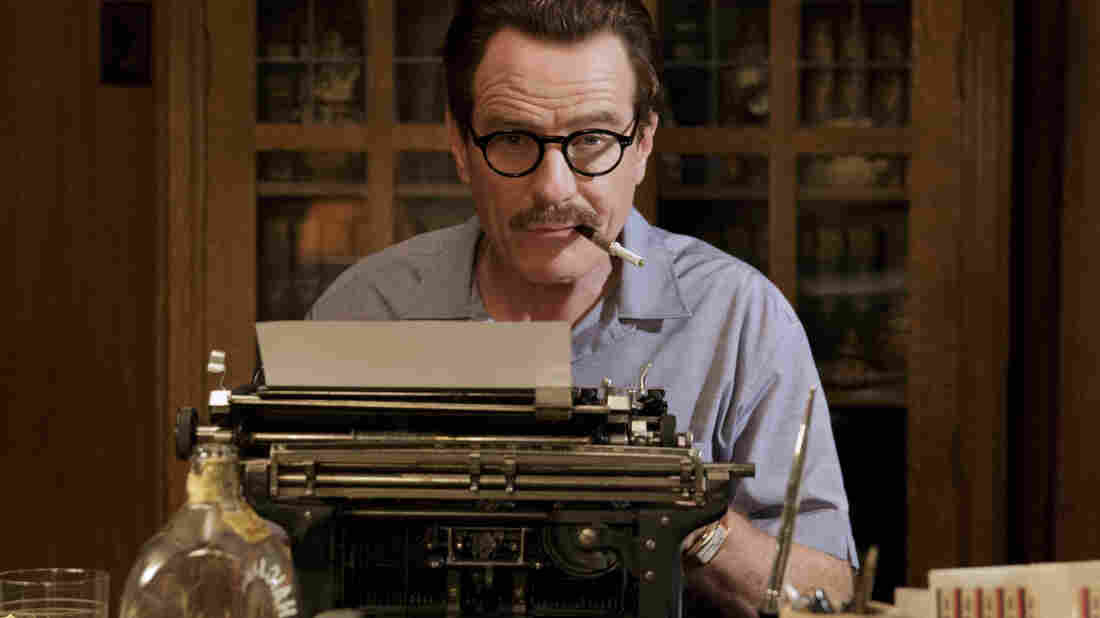 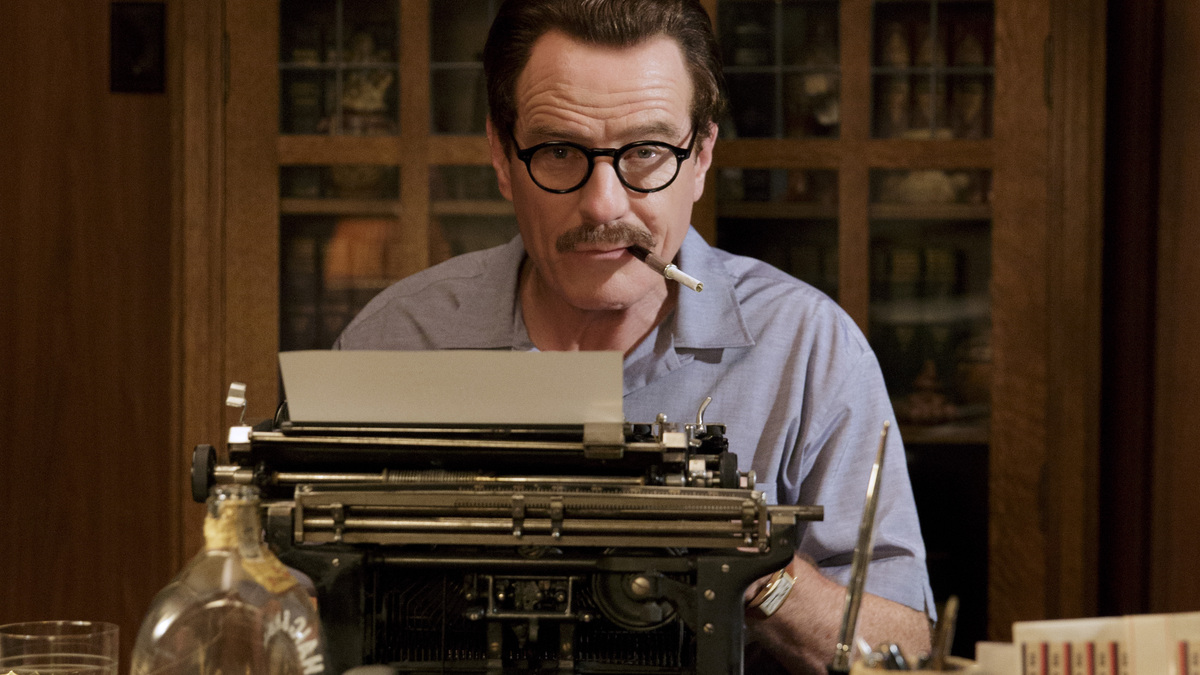 For most of the 1950s, Hollywood had the ideal screenwriter. He worked fast and cheap and even won Oscars. Also, he didn't mouth off in public, or try to take all the credit.

In fact, Dalton Trumbo didn't take any credit, at least under his name. That's because he was blacklisted for being a former communist — he was a party member from 1943 to 1948 — after spending 11 months in federal prison for refusing to testify before the House Un-American Activities Committee.

The contagious paranoia of the red-fearing 1950s is the psychic backdrop for Trumbo, which follows the writer (Bryan Cranston) from 1947 to 1960. That's when his scripts for Exodus and Spartacus were publicly acknowledged, and the blacklist began to tatter.

This is primarily a Hollywood story, in which Joseph McCarthy and Richard Nixon are less intimidating than Hedda Hopper and John Wayne. (Of course, the fervently anti-commie Hopper is played by Helen Mirren, the movie's most formidable presence.) Unable to afford his Southern California ranch after he was banned, the real Trumbo decamped to Mexico. In this movie's version, he actually moves closer to the industry that spurned him.

Trumbo was directed by Jay Roach, who's done mostly lowbrow comedies for the big screen but has overseen such political docudramas as Recount for HBO. He and scripter John McNamara have constructed the sort of well-made, mostly earnest but humor-leavened picture that Trumbo used to write.

He wouldn't have been able to peddle this screenplay to Frank King (John Goodman), the brand-X movie magnate who hired Trumbo and other outlawed writers when they were at their least employable. But he might gotten it made with the sanction of a director or star — such as Exodus' Otto Preminger or Spartacus' Kirk Douglas — who were exasperated by the work of lesser scribes and whose role in getting work and credit to Trumbo has been much discussed.

In addition to Cranston and Mirren's screen-filling performances, the movie offers plenty of family time. Trumbo writes at home, often in the bathtub, sometimes fueled by Benzedrine. He's not always attentive to his wife (Diane Lane) and children (the oldest of whom is eventually played by Elle Fanning). Trumbo organizes his family to assist the screenwriting factory that employs such fellow blacklistees as Arlen Hird, a fictional character played by Louis C.K. The ailing Hird serves as a darkly comic foil for Trumbo, but also as the regular-guy pal who can puncture the writer's bombastic pronouncements. Goodman is more broadly humorous, and a refreshing presence, even if his scenes could almost have been cut in from Argo (which also starred Cranston).

While Trumbo's protagonist is a collectivist with his writer pals, he's hardly the sort of communist '50s America dreaded. He likes the comfortable life, shows no aversion to private property, and is chummy with such wealthy if left-leaning actors as Edward G. Robinson (Michael Stuhlbarg). Although he has the sort of anti-authoritarian streak common in writers — and Americans in general — he's basically just a liberal. After all, a true Trotskyite couldn't have written such high-grade fluff as Roman Holiday, for which Trumbo received a posthumous Oscar in 1993.

Trumbo is solid and satisfying, if far from revelatory. Perhaps the film would be punchier if it drew stronger parallels between 1951 and 2015, but that's not really necessary. A movie about hysteria and small-mindedness is always timely.