Accessibility links
'Brooklyn' Follows A Dream In Ireland And New York Former child actress Saoirse Ronan finds a fully adult role in the adaptation of the Colm Toibin novel about a woman conflicted over pursuing her dreams in America or returning to Ireland.

'Brooklyn' Follows A Dream In Ireland And New York

'Brooklyn' Follows A Dream In Ireland And New York 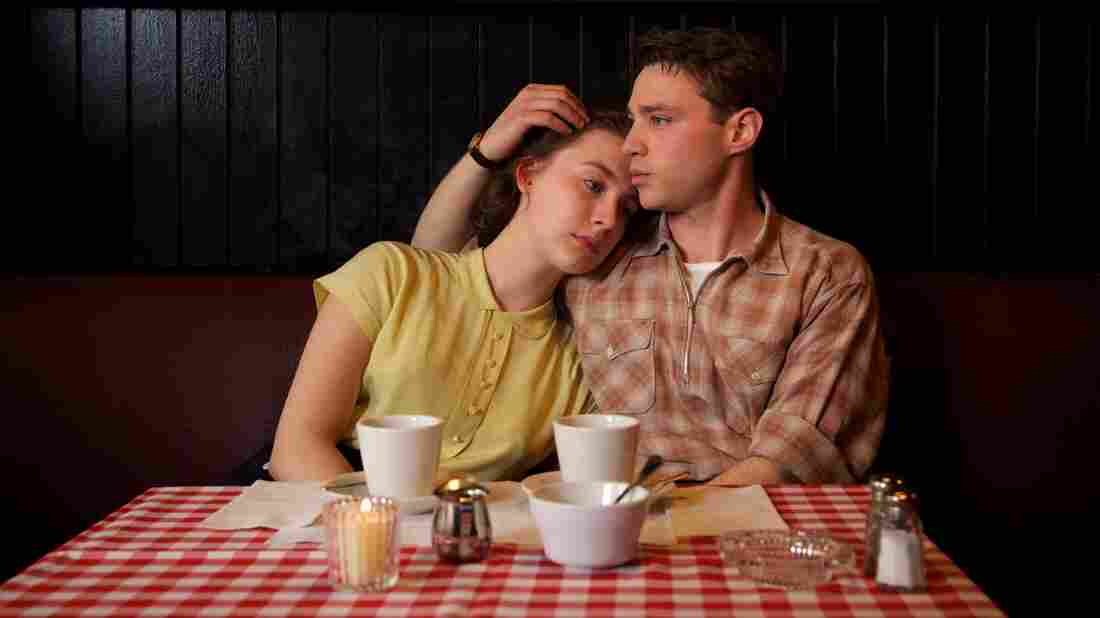 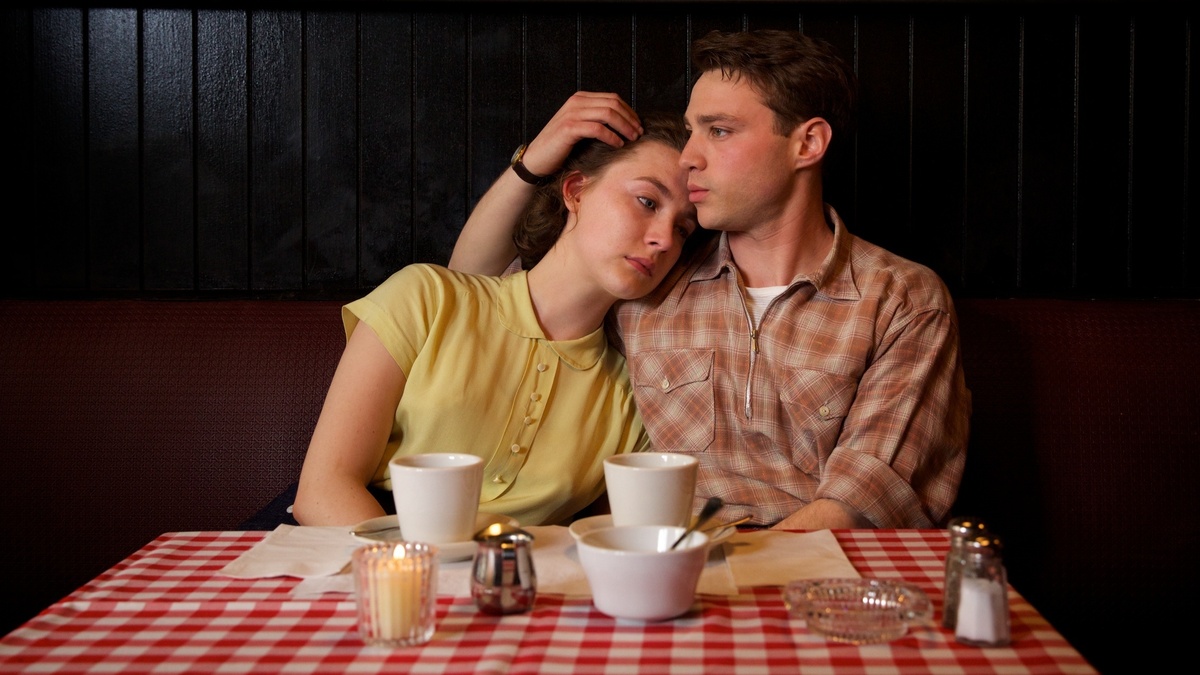 Saoirse Ronan as Eilis and Emory Cohen as Tony in Brooklyn.

Some day soon after a brisk run in theaters and, with luck, a clutch of well-deserved Oscars, John Crowley's Brooklyn may find its sweet hereafter as a Turner Classic Movies selection of the month on endless repeat. I mean this as the highest compliment: Though it's set in 1950s coastal Ireland and New York, from soup to nuts Brooklyn comes as close as any contemporary drama I can think of (other than Todd Haynes' breathily semiotic Far From Heaven) to the finest women's movies of the 1930s and 1940s.

Based on a quietly passionate 2009 novel by Colm Toibin, Brooklyn is a rumination on the meaning of home wrapped in a coming-of-age tale about a young Irishwoman who joins thousands of her fellow migrants throwing up on rough seas as they escape to the promise of America. It's also a rite of passage for the terrific former child actress Saoirse Ronan. Ronan is all grown now, and the infinity in her intent, light blue eyes is all that remains of her elfin otherworldliness in Atonement, The Lovely Bones, and Hanna.

Here she plays Eilis Lacey, a reserved but practical country girl from the small town of Enniscorthy. Sweet-faced and almost statuesque in cable-knit sweaters and sensible skirts, Ronan carries herself like a latter-day Greer Garson. But she radiates a quiet competence and steely resolve that propel her, with help from a self-sacrificing older sister (Fiona Glascott), to the New World without guarantees of work or friendship, let alone love and marriage. Brooklyn is the story of how she finds all of the above, until a family loss recalls her to Enniscorthy (where Toibin grew up), where she is forced to make a choice about where, and with whom, she will make a home.

The script is skillfully adapted by Nick Hornby, a novelist in his own right and a screenwriter who has done more than most — in High Fidelity, About a Boy and recently in Wild — to make the case for intelligent middlebrow moviemaking. It can't have been easy doing justice to Toibin's intensely inward writing, but Hornby has kept faith with the deceptive simplicity of his prose while lightening up the somber themes with knockabout comedy that never feels strained. He gets a lot of deft help from Jim Broadbent as a kindly local priest, Julie Walters as Eilis' devout but outspoken landlady ("No more talk about Our Lord's complexion at the dining table") and a bevy of lively, competitive gigglers who share the newcomer's boarding house.

Familiar things happen. Eilis grows to love a solid Italian plumber (Emory Cohen), learns what she's good at, experiences fun and weathers sorrow. Along with the peppy banter, Crowley and his costume and production designers have crafted a gorgeously atmospheric drama that could easily stand on its own as a silent movie, flagging its moods in shifting shades of dark and light, monochrome and flaming color. In the flash of a form-fitting emerald green swimsuit or a canary yellow dress you might find clichés of uplift, but Brooklyn is emphatically not a tale of rags to riches. Each of the places Eilis might call home is a double-edged sword. Eilis begins her new life in the dull grey-browns of agonizing loneliness. And just as her American Dream takes off, she is brought to see — in the defeated eyes of homeless old men at a Church Thanksgiving dinner, in a painful bathroom conversation with another Irish girl who lays out the choice between an unfulfilling marriage and getting stuck in the boarding-house forever — that for every success story there are scores of failures.

Back in Enniscorthy, Eilis is shocked to find an Ireland quite different from the drab backwater she left behind, yet free of the teeming stresses of New York. There she makes the painful discovery that there's no right answer to her dilemma, only the decision that she'll make, and the fortitude to live with the consequences, intended and not. Ronan's softly transcendent performance gives us a young woman blossoming into her open destiny. It's a measure of her power and of the spell cast by this lovely movie that for hours, maybe days after you leave the theater, you'll want to stick around and find out what's around the corner for this now voyager.