Accessibility links
Pop Culture Happy Hour: 'Brooklyn Nine-Nine' And Things We Meant To Do On this week's show, we check in on a comedy in progress: Fox's Brooklyn Nine-Nine. We also talk about culture we've been meaning to get to, and about what's making us happy this week.

Pop Culture Happy Hour: 'Brooklyn Nine-Nine' And Things We Meant To Do 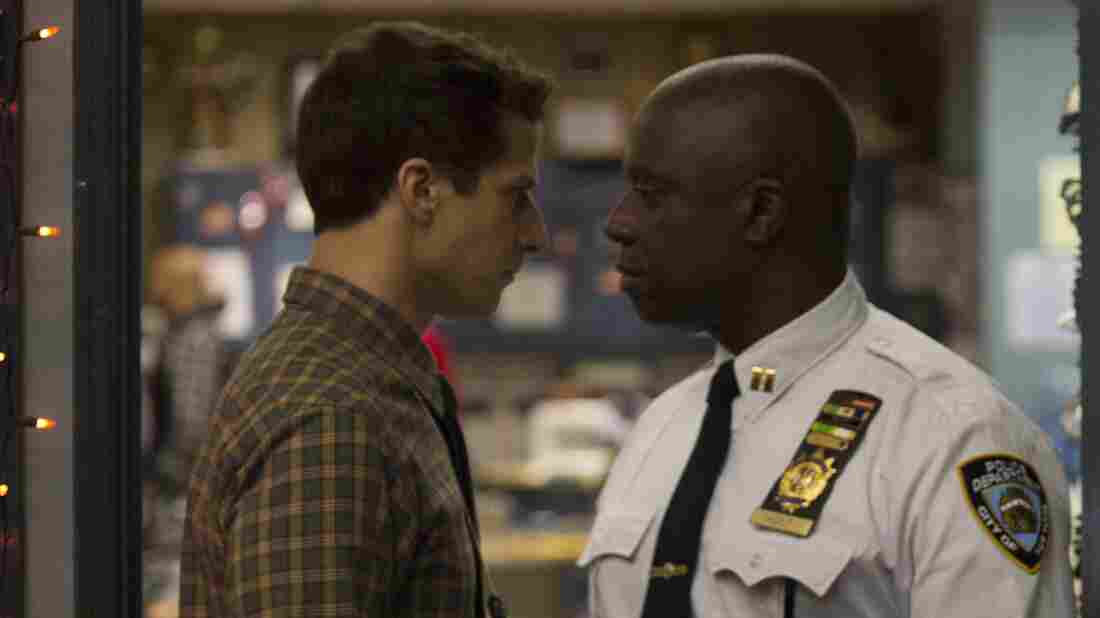 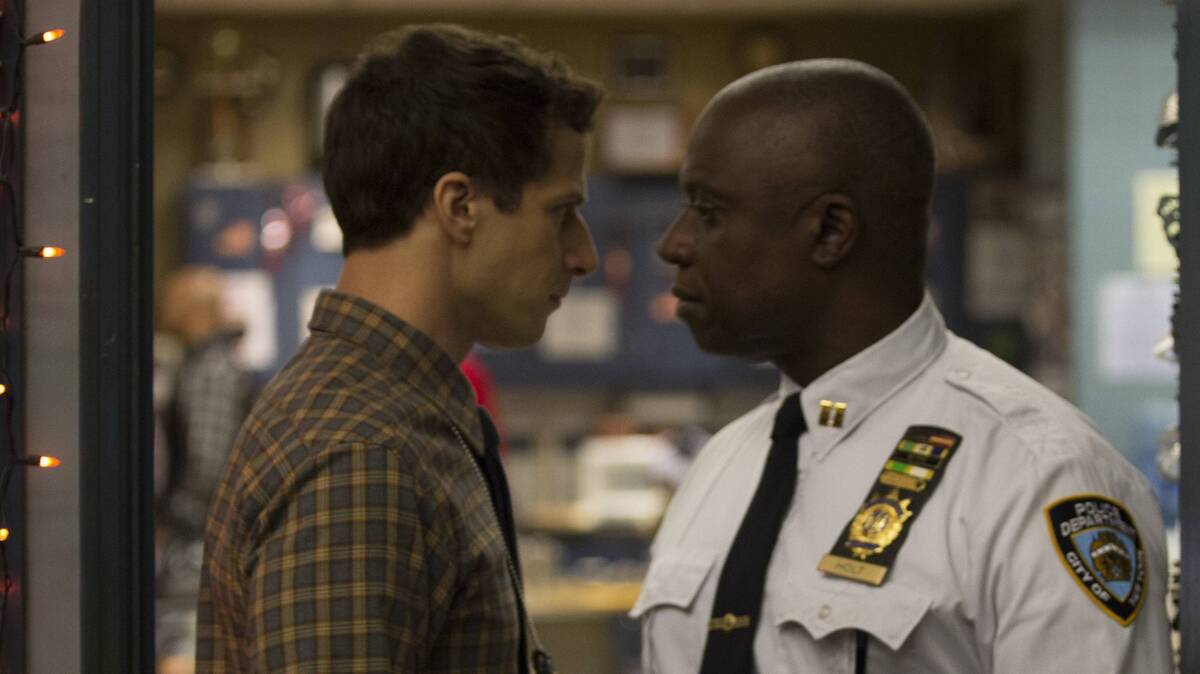 Owing to the oddities of taping schedules, this week's show was recorded just before the opening of the World Series, so it's only fitting that we're joined by our former producer, music director, and favorite Kansas City Royals fan, Mike Katzif. As of the taping, Mike was on pins and needles waiting to see what would become of the team he and his family have followed since childhood. Spoiler alert: they won.

We brought Mike in to talk about Brooklyn Nine-Nine, which just started its third season on Fox. We thought it would be fun to talk about how shows find their feet, how they adjust, and how we think this one is doing at handling its great big, very talented cast and its tricky mission of making comedy out of ... you know, murder and stuff. If you're curious about the cold open I referenced as one of the show's high points, know that it starts with everyone talking about why Santiago is late to work, everyone making guesses, and Captain Holt guessing she's stuck in line at the bank. Then this happens.

Our second segment this week is a salute to how busy we all felt when we taped, in that Mike suggested going over some of the things we've been trying to get around to watching or reading, as well as some of the reasons we don't always manage to do it.

As always, we close the show with what's making us happy this week. Stephen is happy about a guest appearance he did with some friends of ours, some time he spent revisiting a movie we all dug the first time around, and some TV he's been watching with the family. Glen hoped to be happy about a movie of "melodramatic excess," but instead wound up happy about a TV show of goofy excess. Mike is happy about a comic he likes very much, and I am happy about a great read you can also catch up with on NPR.