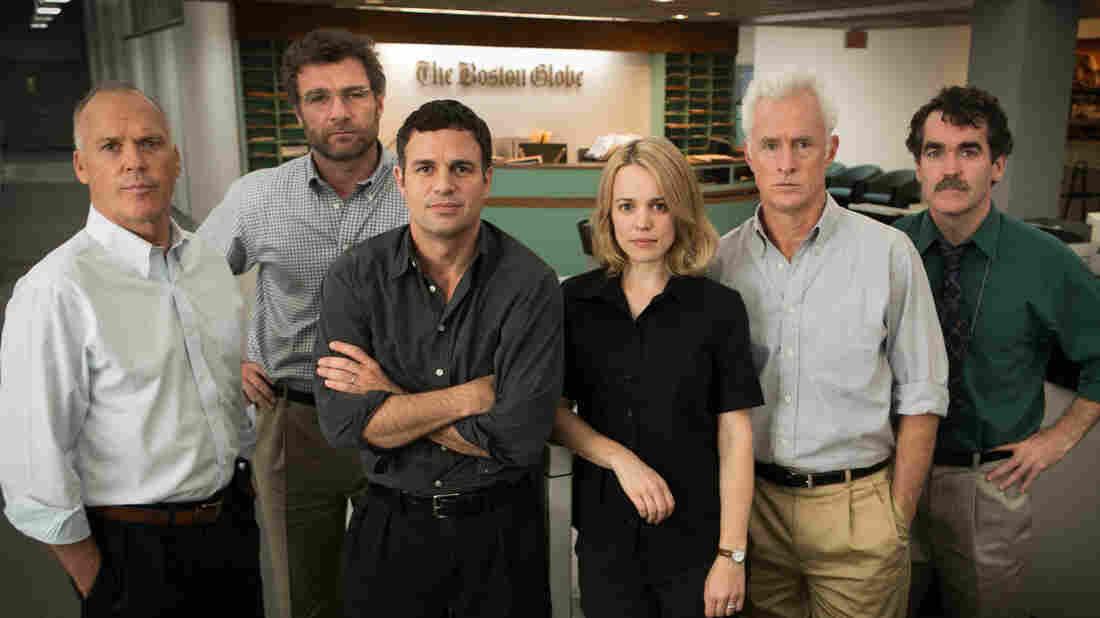 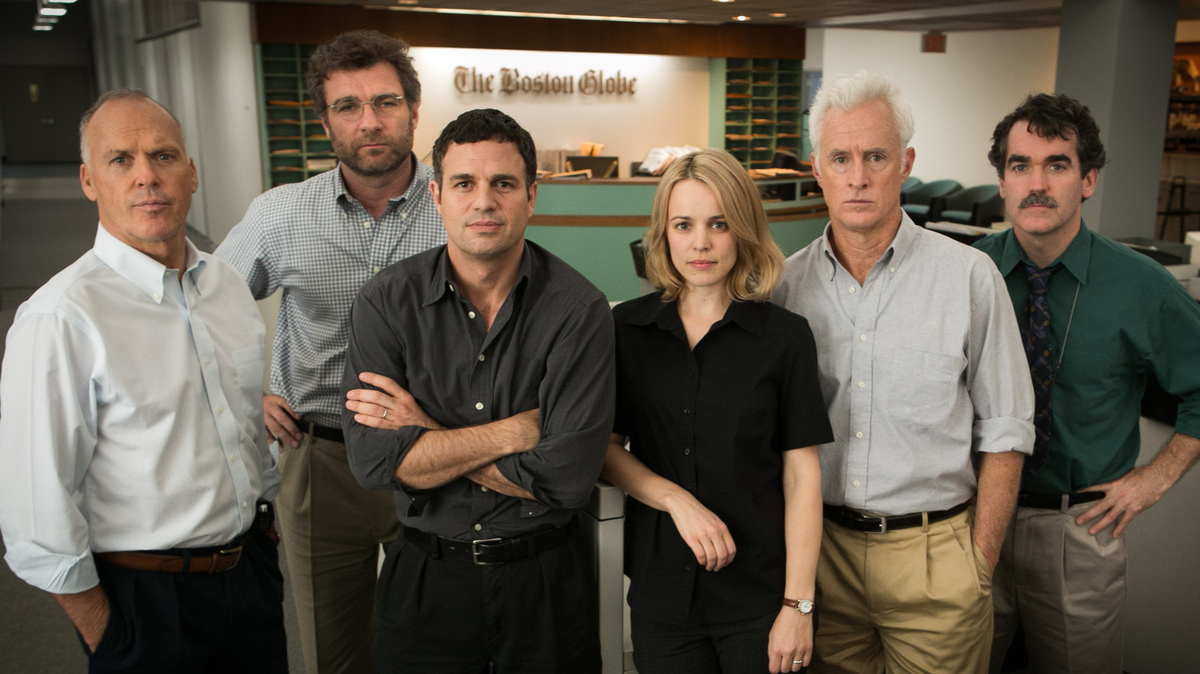 Nowadays, the news is full of stories about sexual assaults on children by priests and other religious authority figures, as well as battles over compensation for victims. There were many such cases in the last half of the 20th century, but the idea that such revelations would someday be routine — and be centered all over the U.S., in Ireland, in South America — was unimaginable.

The tipping point was in 2002, when a group of Boston Globe reporters uncovered not just a vast number of pedophile priests, but a vast network of Church enablers. The reporters' unit was called "Spotlight," which is the name of the film that recounts their investigation.

It's a brilliant, riveting work — but not a sensationalized one. Director Tom McCarthy never uses the victims' anguished recollections for easy shocks. Instead, he and co-writer Josh Singer fashion a tight, step-by-step procedural drama in which most scenes turn on reporters poring over old files and pressing closed-down people to open up. The horror builds gradually.

The "Spotlight" team is allowed to spend months, even years, exploring single stories, but this one at first looks to the unit's chief, Michael Keaton's Walter "Robby" Robinson, like a long shot. He and the others are Catholic, and even if they've lapsed, who wants to offend relatives or neighbors? Plus, more than half the Globe's subscribers are Catholic and prone to picketing the paper. It takes an outsider — new, non-Bostonian, Jewish editor, Marty Baron, played by Liev Schreiber — to ratchet things up.

The turning point is when Baron meets with Robinson, reporters Michael Rezendes (played by Mark Ruffalo) and Sacha Pfeiffer (played by Rachel McAdams), and deputy managing editor Ben Bradlee, Jr. (played by John Slattery). Years earlier, the paper reported on a pedophile priest named Porter, but the story stopped there. This time, the story could widen to call into question the actions of the Archbishop of Boston, Cardinal Bernard Law.

In Spotlight, there's no central protagonist, only reporters pulling out threads and phoning one another breathlessly as the scale of the cover-up becomes visible. Priests preyed on lonely kids from poor neighborhoods who could be bullied into silence or would never be believed. All were damaged, some are dead.

Meanwhile, hearty, backslapping church officials lean in close to Robinson and Bradlee and say, in effect, Marty Baron has an agenda. He's not from here, he can leave anytime. You, on the other hand, have to live here... Until the team uncovers a larger pattern, the Church can claim it's a few "bad apples" rather than an epidemic that thrives in a culture of secrecy and male privilege.

The film has one of the best ensembles — top to bottom — in years. Okay, Ruffalo overdoes his character's shlubbiness, but whenever he's opposite Stanley Tucci as cranky crusading class-action lawyer Mitchell Garabedian, the mano a mano is thrilling. For legal reasons, Garabedian has to muzzle himself, but he has such contempt for the reporters' slowness in coming to the story that, even though they're allies, he taunts them with his silence. Billy Crudup is particularly convincing as a super-smooth victims' lawyer with a history of helping the Church dispose of cases cheaply, without publicity. Jamey Sheridan as a Church-connected lawyer gives us glimpses of the demon under the human face — and, later, the human under the demon's.

Two actors give Spotlight its dramatic fulcrum. Slattery's Bradlee is a friend of Church figures and palpably uncomfortable early on — but he goes forward anyway. Keaton's Robinson is even more jittery, shocked by his own history of non-action. Keaton and Slattery turn a particular tragedy into a universal one: They play men who sit in judgment on themselves.

It was the existence of the Globe's "Spotlight" unit that made these revelations possible. The movie makes the best case for the necessity of investigative journalism than any film since All the President's Men.