Accessibility links
Meet The Man Behind The Ben Carson Rap The Carson campaign recently dropped a rap ad aimed at young black voters. Aspiring Mogul, the rapper behind the track, explains his inspiration — and his reaction to harsh responses on social media. 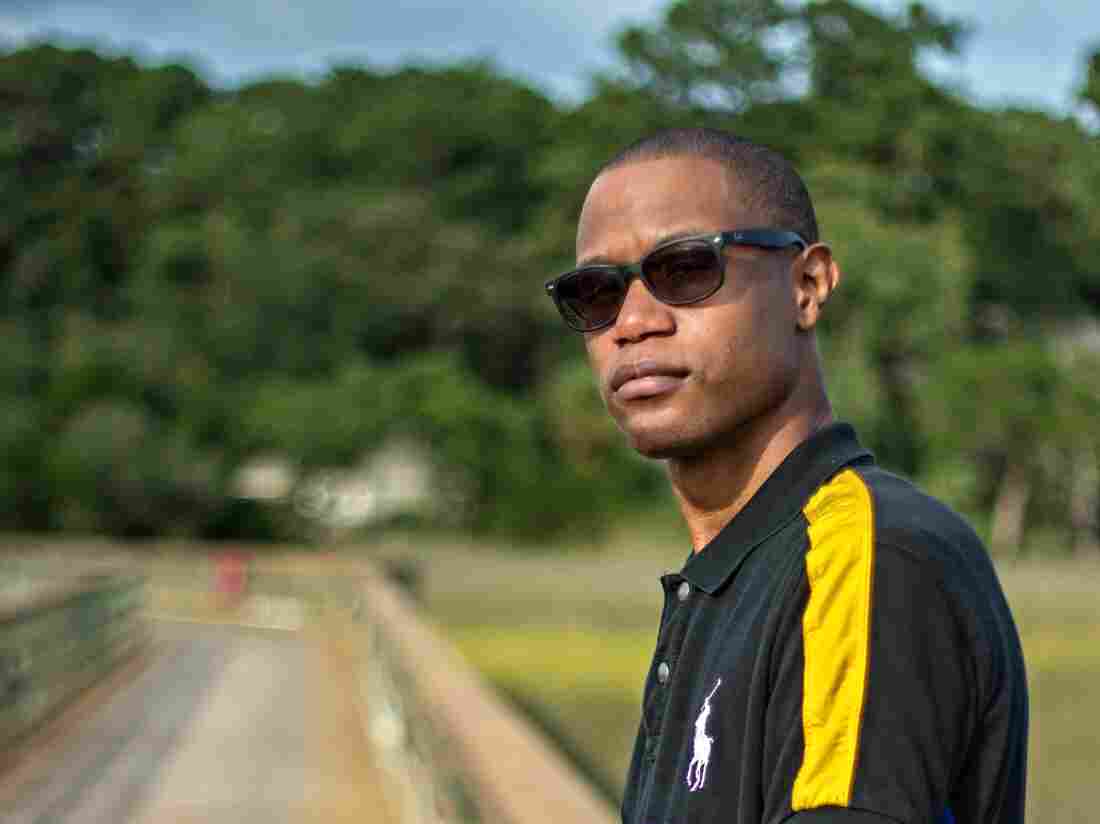 Robert Donaldson, who goes by the stage name Aspiring Mogul, describes himself as a "Republican Christian rapper." Courtesy of Robert Donaldson hide caption 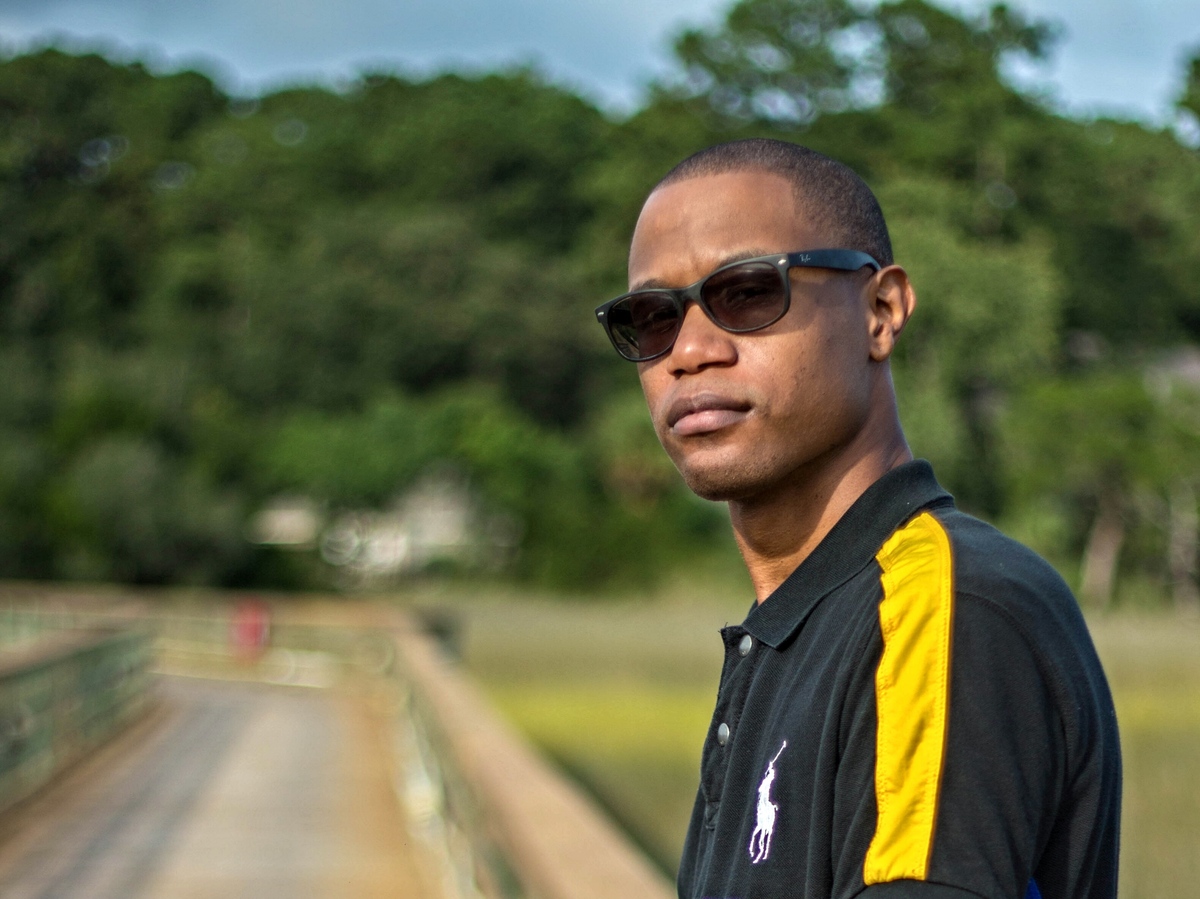 Robert Donaldson, who goes by the stage name Aspiring Mogul, describes himself as a "Republican Christian rapper."

GOP presidential candidate Ben Carson has been having a rough couple of days. In the past 48 hours, several news organizations have raised questions about aspects of his past.

But even as he's weathered the increased media scrutiny, this week also saw Carson grab headlines for a decidedly different campaign milestone: He dropped a rap song.

It's a 60-second radio ad aimed at young black voters, which is getting air time in eight cities. The man behind it is Robert Donaldson, who goes by the performance name Aspiring Mogul.

A self-described "Republican Christian rapper," Aspiring Mogul joined NPR's Michel Martin to talk about the story behind the song — and his reaction to the often-harsh response its received on social media.

"Being a follower of Christ, you accept the good and the bad," he tells Martin. "So, whatever people's opinions are of it — good or bad — I welcome it. Now it's a conversation on a national level that we should have, and should have had a long time ago."

On the story behind his moniker

African-American males, I believe, today we need more entrepreneurship in our communities. So, when I thought about Aspiring Mogul, and I happen to be in youth ministry, happen to be a business owner, and I've been in republican leadership now for the last six years. So when I combine all of those together, I find myself in multiple worlds. So that's why Aspiring Mogul is the title. And I don't think I'll ever be a mogul — I'm always aspiring to do better or do more, so that was the reason I use that moniker, Aspiring Mogul.

On how he got on Ben Carson's radar

I wrote a song after seeing Gifted Hands, the movie that Cuba Gooding [Jr.] played Dr. Ben Carson. And I was so inspired by that, and it led me to write that song. I sent the song to Barry Bennett, who is Ben Carson's campaign manager — and he liked it, and he posted it on Facebook. After that, I was inspired and said, "Well, I can write a campaign song for Dr. Carson." And I wrote the campaign song and sent that to them, and they liked it — and there you have it.

On criticisms that the song is condescending

When Obama ran for president and the whole music industry made a song — from Will.I.Am to Alicia Keys to Common Sense and everybody — "Yes, I can! Yes, I can!" That was definitely a rap song. And so for me, I see it as the exact same thing. So [Ben Carson] did a rap ad — he did a country ad, too! Is that a knockoff to people who like country music, because he has a country song that represents him? ...

What I'm basically saying is: What genre of music is sufficient to use for a presidential ad? Is it only classical music? Is it pop music? I never said that this is an ad to get the black vote. That was the way they marketed it; I wrote the song because Ben Carson inspired me.

And if they're using it for that reason, I'm now talking to you and have this opportunity to have this conversation. So the song has done, to some degree, the goal that I initially intended to begin with.

On what he hopes the ad will accomplish

It's actually a whole song that I wrote, that'll be for sale on iTunes, Rhapsody, Apple Music in the coming week or so.

But what I hope happens — my goal is not necessarily to convert everybody to being a Republican as much as it is: Let's have a conversation! The Republican party always ... you know, a lot of people say, "Well, they don't reach out to African-Americans!" And I understand that.

But for me, I use Jackie Robinson as an example. I use Hank Aaron, anybody who went into an arena where black people weren't initially there, it had to be somebody who broke that mold. And I believe that African-Americans need a seat at every table: the GOP, in Silicon Valley, in Wall Street. I think we should be in every arena of life that we can be in, to have a voice that represents our ideals. That's my goal.