Accessibility links
The Art Of The 'Clean Version' When songs have profanity, sex or drug references removed for broadcast, it's a process known as clean editing — and it can get complicated. Priska Neely spoke with one of the masters of the form. 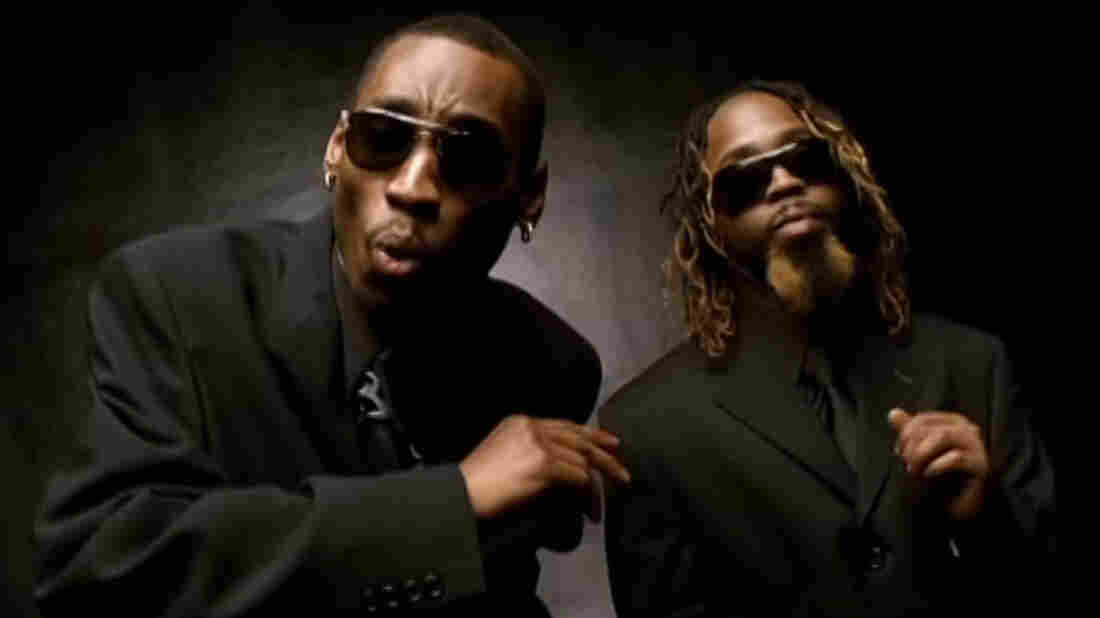 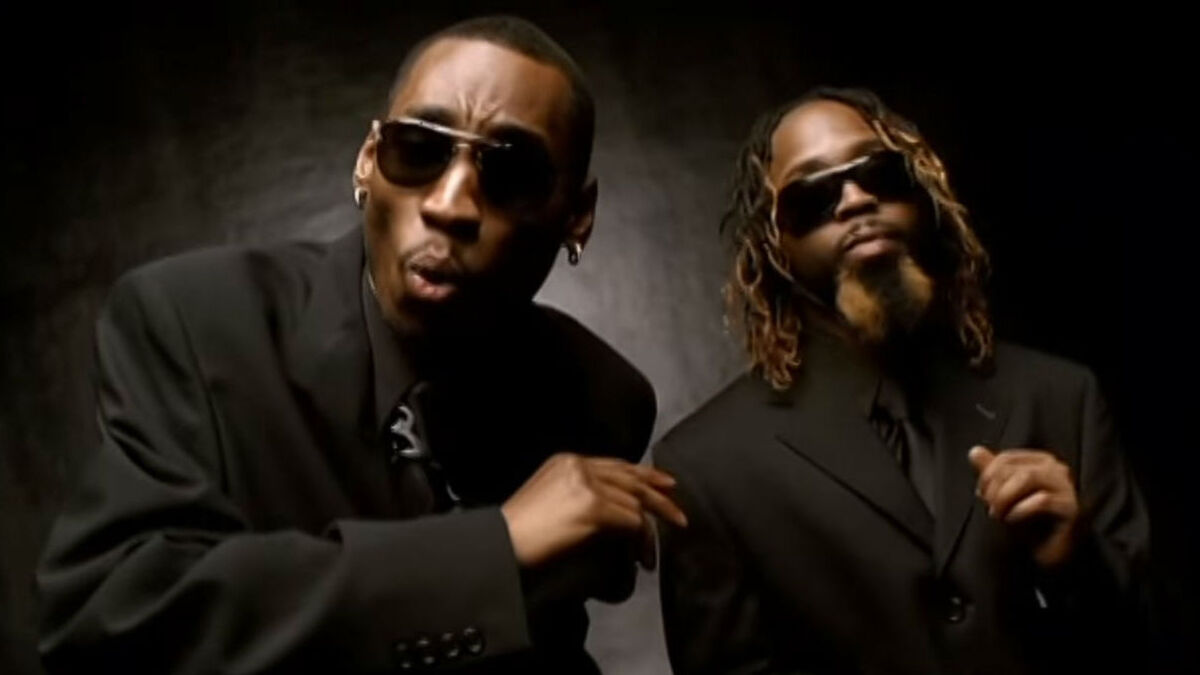 The Ying Yang Twins in the "Wait (The Whisper Song)" video.

If you listen to music on the radio, chances are you'll hear a lot of lyrics that don't match the ones on the original album recordings. When songs get profanity, obscenity or references to drugs or sex removed for broadcast, it's a process known as clean editing. Joel Mullis is one of the masters of the art.

"I can see a cuss word — you know, from doing so many clean edits," Mullis says. "I don't even have to listen to them a lot of times, because I recognize what an 'S-H' looks like, what an 'F' looks like, in a waveform." 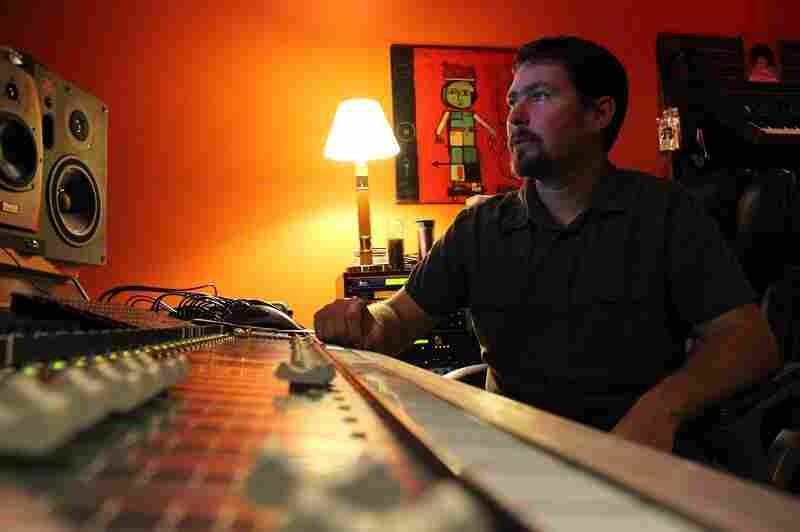 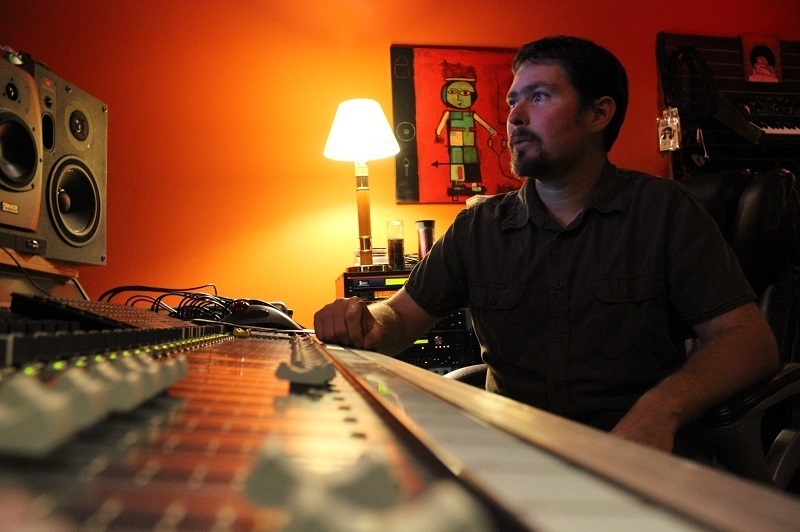 Engineer Joel Mullis in the studio.

Back in the early 2000s, Mullis was an engineer at The Zone, a popular recording studio in Atlanta. He worked with many of the big names in Southern rap at the time — Ludacris, David Banner, Young BloodZ and others. After recording the artists in the studio, Mullis was often responsible for going back into the mix and making a broadcast-friendly version of a track.

"For a long time, that basically meant going in and chopping out the cuss words," Mullis says. "But one thing that I got known for was making the clean edits part of the song."

He won major credibility in that regard after he tackled a Ying Yang Twins track called "Wait (The Whisper Song)." The song is incredibly raunchy, and to make it safe for airplay, Mullis had to work a lot of magic.

To make his edits sound natural, he replaced certain naughty words with ad-libs, sampled from other songs by the group (hence the clean version's distinctive hook, "Wait till you see my ... oh!"). Elsewhere, a woman's moans, which Mullis pulled from a stock sound effects library, get the message across.

Mullis' edit helped the song become a hit, but his version wasn't safe enough for some outlets. He says that while there are certain specific words that broadcasters are prohibited from airing, there's also a lot of gray area.

EXPLICIT: The Untold Story Of 'The Whisper Song'

Once a song ends up in the hands of a radio station, it can make even more changes. Power 106 in Los Angeles is one of the biggest hip-hop stations in the world, and its music director Emanuel Coquia, better known as DJ E-Man, takes clean edits seriously.

"You'll hear a clean version that comes in and it could be partially cleaned — you won't hear the full F-bomb edited out," E-Man says. "We want to make sure that it is completely taken out, not leaving the 'F' or the 'CK.'"

His rule is that before any song plays on Power 106, three sets of ears must screen it for profanity, sex and drug references. "We do it for every song, because you never know," he stresses. "I heard the new Ariana Grande record — she said 's***.' No one is gonna expect that from her."

If they feel anything crosses the line, they edit it out with one of a few go-to techniques: A word can be reversed, slowed down so it's unintelligible, or muted entirely. E-Man says muting is the safest option, but if you listen closely you'll hear different types of tweaks on different stations.

Though it's now almost exclusively a satellite and streaming entity, Radio Disney still makes lots of edits because of its target audience, 8-to-16-year-olds. Guerini says Disney has a standards-and-practices department that pores over songs word by word — and then listens to how those words come across in context.

"When said in an up-tempo manner, it may not be an issue," he explains. "But if it's said suggestively — or, we talk about the tone in the voice: Is that sensual? What is that?" Radio Disney is big enough can go back to a label and say it wants songs cleaned even more. Artists often oblige so they can reach the tens of millions of teens, tweens and moms who tune in.

When I spoke with Guerini, he said almost half of the more than 50 songs on rotation at the time had been edited. That includes a tweaked version of Meghan Trainor's "All About that Bass," in which the line, "She says boys like the girls for the beauty they hold inside" stands in for the more explicitly booty-positive original. The goal, Guerini says, is that families can listen together and things won't get weird.

Over at Power 106, DJ E-Man says things can get weird when stations clean up songs too much, too often. It can drive listeners to the competition — be it another station or an online streaming service.

"It's tough. We can't take away from the creativity or the freedom of speech in the music, and if it happens to be the audience's favorite song, OK — this is what they wanna hear," he says. "But let's present it to where it's appropriate for everyone to listen to."

Besides, if a dirty version is what you're after, it's only a click away.

Priska Neely is a reporter at KPCC in Los Angeles, and a former producer for weekends on All Things Considered.