Accessibility links
For A Year, Shonda Rhimes Said 'Yes' To All The Things That Scared Her The creator of Grey's Anatomy and Scandal says despite the success of her shows, her life "had gotten really small," so she decided to step out of her comfort zone. Year of Yes is her new memoir. 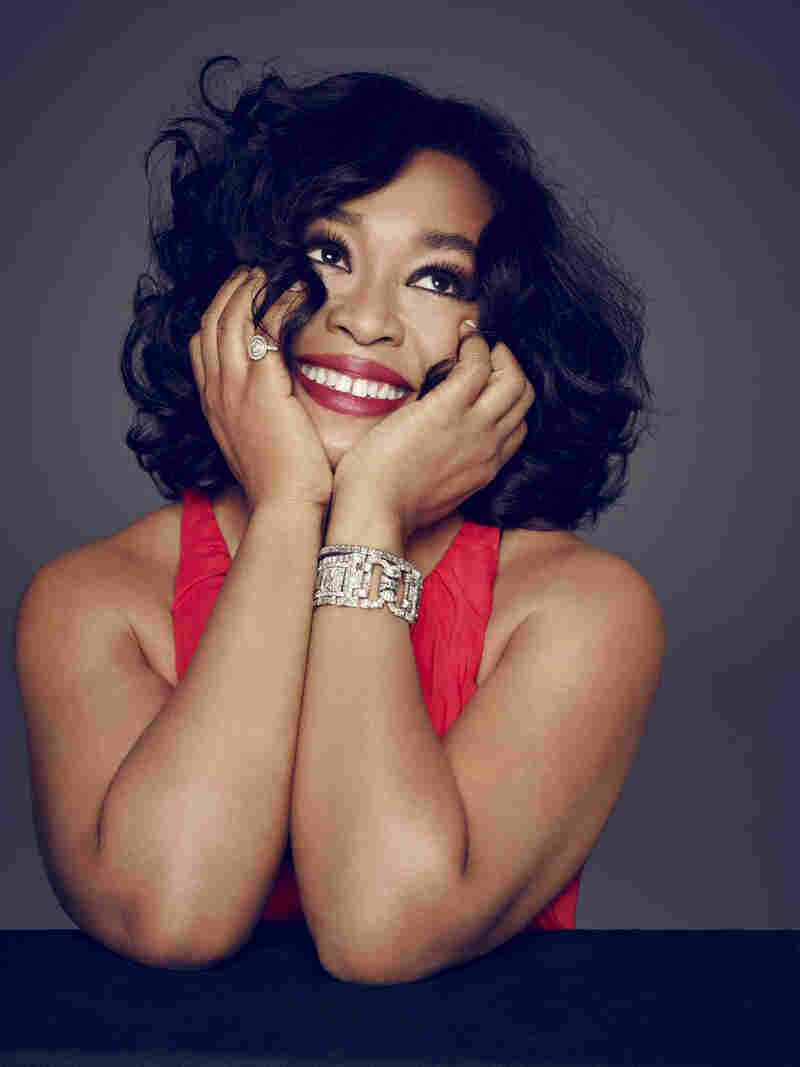 "I've always been an introverted person," Shonda Rhimes says, and she found the fame that came with her television successes to be "daunting." James White/Courtesy of Simon & Schuster hide caption 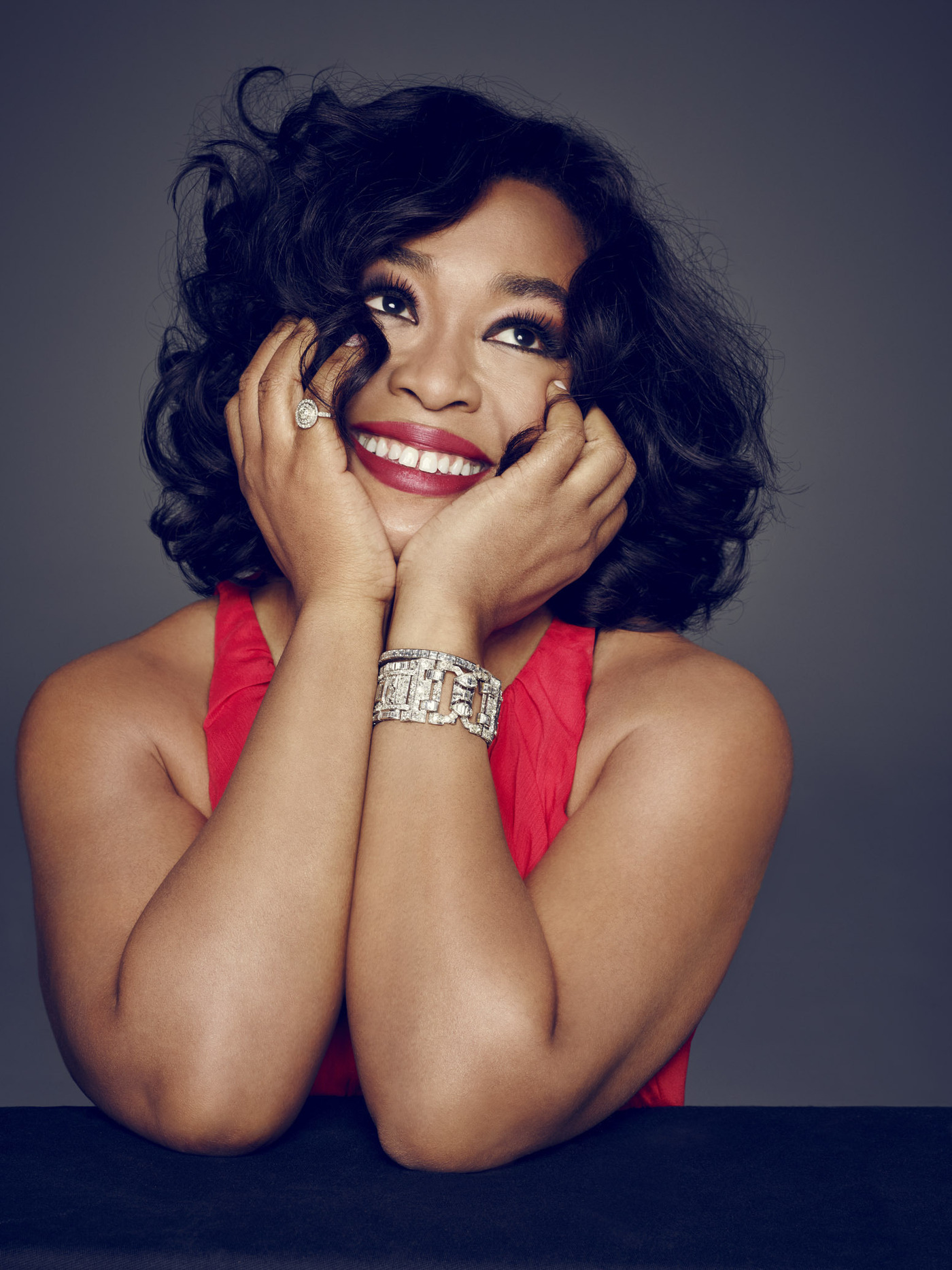 "I've always been an introverted person," Shonda Rhimes says, and she found the fame that came with her television successes to be "daunting."

Shonda Rhimes will be the first to admit she didn't expect to be famous. Hollywood is notoriously uncharitable to writers, but the success of her company ShondaLand — the force behind the ABC top-rated dramas Grey's Anatomy, Scandal and How to Get Away with Murder — has made her a household name.

In her new memoir, Year of Yes, Rhimes explains how she tried to balance her ambition with her life behind the scenes and how she treated her friends, family and (most importantly) herself. She tells NPR's Audie Cornish that her sister helped spark her "year of yes."

"My oldest sister said to me, 'You never say yes to anything.' And by that she meant I never accept any invitations," Rhimes says. "I never go anywhere. I never do anything. All I did was go to work and come home. And she was right. My life had gotten really small. Once I sort of realized that she was right, I was going to say yes to all the things that scared me, that made me nervous, that freaked me out, that made me think I'm going to look foolish doing it. Anything that took me out of my comfort zone I was going to do it, if asked to do it."

I've always been an introverted person. And I think ... the experience of the explosion of those shows and the notoriety or the fame that came with it was very daunting for me. And you sort of curl in on yourself a little bit, and your world becomes a little bit smaller and tighter.

I was not a person who was going to be out at Hollywood parties. I was not a person that was living some ... glamorous life. And my time really was spent going to work ... and coming home and spending time with my family because that was what was important to me. And that was it.

On saying "yes" to her children

And one day my daughter basically said to me, like, "Do you want to play?" And I was on my way out the door and I suddenly realized that I was going to miss so much stuff if I just didn't stop and actually play with my kids. And I started to prioritize playing with my kids, make it as important as going to work. ...

I decided that if they ever asked me if I wanted to play I would say yes. My answer would always be, yes. ... They only really ever want to play with you for about 15 minutes at a time. ... So it made it very simple because you play with them for a while and then they take off and they'd be thrilled and I would be 10 times more relaxed and happier and go off to the office in a much better place. 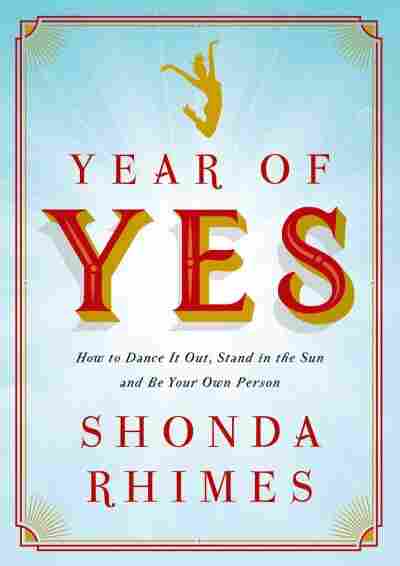 How to Dance It Out, Stand In the Sun and Be Your Own Person

Title
Year of Yes
Subtitle
How to Dance It Out, Stand In the Sun and Be Your Own Person
Author
Shonda Rhimes

I think a lot of successful women don't talk about the fact that they have help because it feels shameful. I mean we are all supposed to be doing this all ourselves, which is crazy, because we work. If you're working, how else are you doing it? You are not a magic person. You can't split yourself in two. You're not Hermione Granger with a Time-Turner. You have to have somebody help you. And there's no shame in that. As a matter of fact, I think there's something wonderful about the fact that you are employing another woman — feminist work — to help you in this endeavor. I think that's kind of great.

Athlete talk is that stuff you'd always hear a professional athlete give after any game or match or any sporting event where ... their answers are just vague and sort of plastic. ... They actually never said anything of substance. ... It's actually very useful when you're terrified and don't want to answer any questions and you're afraid of saying the wrong thing or you're panicking. You could just say, "I'm glad to be writing television. I'm happy to be working for the network. I'm excited to be here." And you can answer almost anything with it.

I am purposely, definitely, defiantly not making any new characters right now.

Part of what's been great for me in getting to write these characters and getting to have these shows is getting to explore these issues with these women. I really wanted to have characters who were living these lives that we're all living; trying to do things [in unconventional] ways, because I know that we're all wanting to or attempting to. And what really happens when you do? ...

How Not To Handle A New Voice In TV

The Only One: A Talk With Shonda Rhimes

There's a reason that Meredith Grey was an intern starting out on her first day of work on a job that she had no idea what she was doing — because my first day on television, I had no idea what I was doing and that was Grey's Anatomy. And there's a reason that [Scandal's] Olivia Pope is a boss who runs a whole bunch of people's lives and doesn't really have anyone to talk to on the level of a co-worker or a peer — everybody works for her and she takes care of everybody. There's a difference between being a leader and then being a newbie. And so you've grown in that sense when you've grown for 12 years.

On whether she's working on any new characters

There are no new characters. I am purposely, definitely, defiantly not making any new characters right now. ... I'm having a really good time. Grey's [Anatomy] is in this amazing place of resurgence and Meredith Grey is having this special thing happen to her where as a widow she's become a really interesting character. I've been writing this novel for 12 years and I want to see where it goes. And that's really special for me.

And Olivia Pope is evolving in a way that I had never dreamed and I cannot wait to see what happens. And so I'm very invested in those things right now and I'm not ready to focus on anything else at the moment, other than the things that I am producing with other writers.