Accessibility links
In Conservative Town, Faith-Based Group Tackles Minimum Wage Hike Texas has no state-mandated minimum wage and forbids cities or counties to pass their own. But a group of religious activists in San Antonio is making headway on a living wage for city employees. 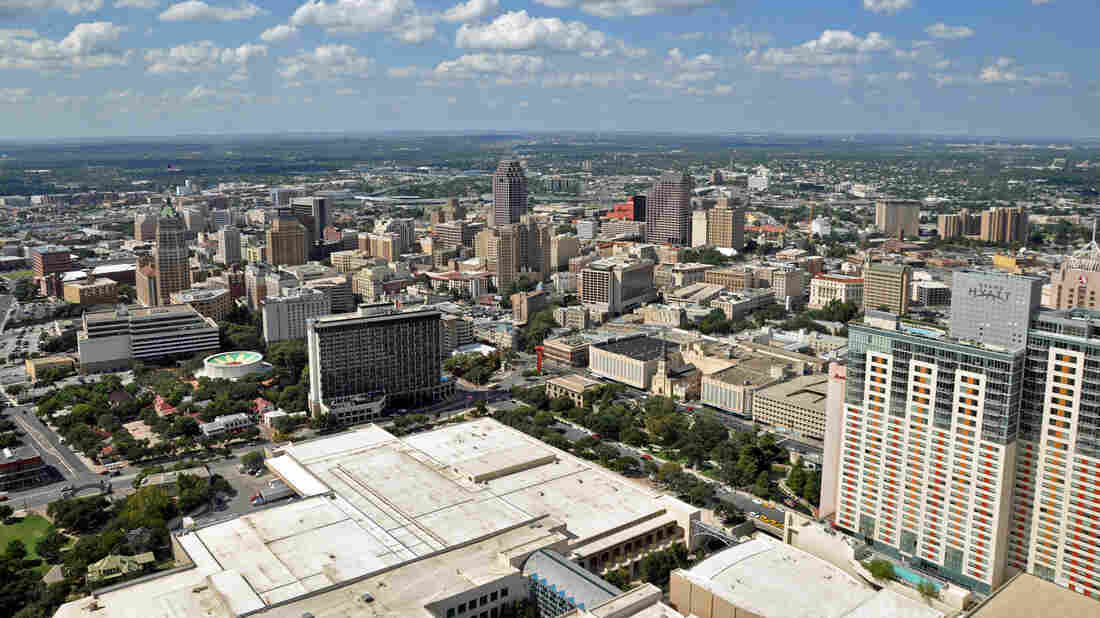 In San Antonio, a church-based group is helping to raise the minimum wage for city employees. Koocheekoo/Flickr hide caption 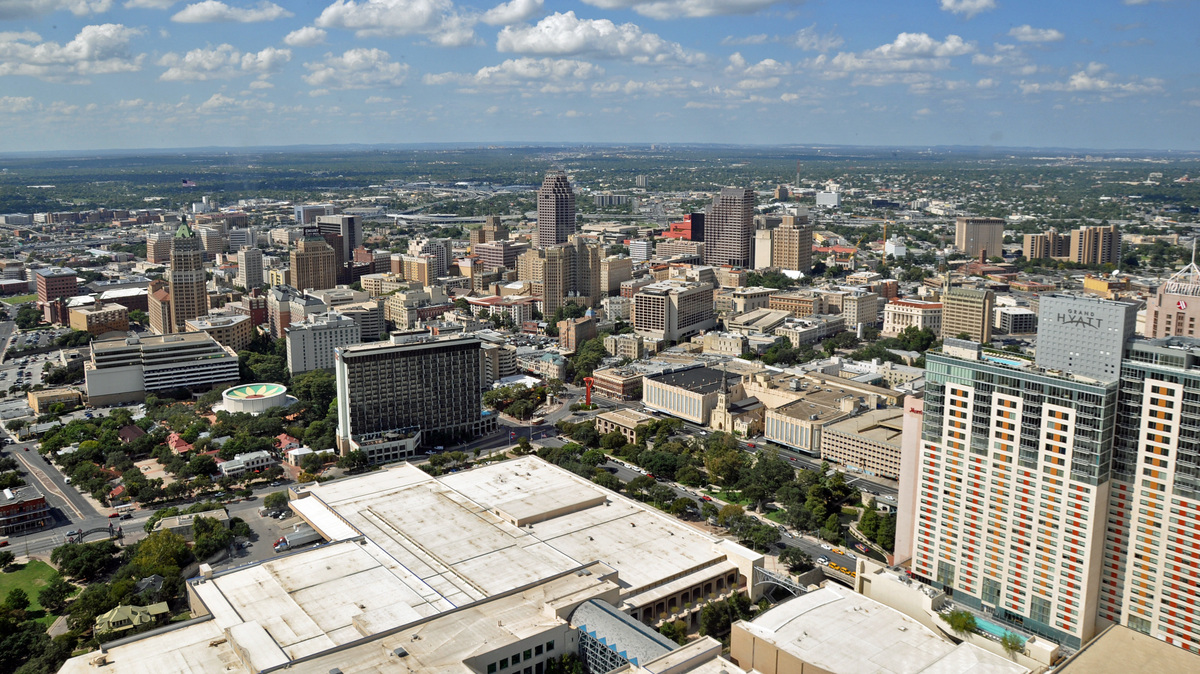 In San Antonio, a church-based group is helping to raise the minimum wage for city employees.

In Texas, one of the most conservative right-to-work states in the country, a church-based organization has begun to make headway in enacting a "living wage" for San Antonio city employees.

In addition to having no state-mandated minimum wage for the private sector, the Legislature has made it illegal for any Texas city or local jurisdiction to pass its own minimum wage.

But after a year of intense organizing and lobbying, the Communities Organized for Public Service and the Metro Alliance (known as COPS/Metro) in September celebrated San Antonio's City Council vote that mandated a $13-an-hour minimum wage for all city employees.

COPS/Metro is part of a network of church-based organizations across the country called the Industrial Areas Foundation, which well-known organizer Saul Alinsky established during the 1940s in the Back of the Yards neighborhoods in Chicago. The church-based organizations aren't focused on issues like abortion or marriage. Instead they teach religious and lay leaders how to use the grass-roots power of the collective churches to hold politicians accountable.

"For me, it's not politics, it's justice — and asking for a decent wage is not unreasonable," says the Rev. Walter D'heedene.

For 20 years, D'heedene has been the pastor of Sacred Heart Church in San Antonio. The Belgian priest says he does sometimes get grief from conservative Catholic priests for his participation in what they consider to be a leftist organization. But D'heedene says he's following in the footsteps of Pope Francis and refuses to concede that advocating for the economic well-being of his parishioners makes him a liberal.

"Conservative! I consider [myself] conservative too, but I care for what people need. That's being conservative. That means not looking [out] for your own self, you look for your neighbor," he says.

But in Republican-dominated Texas, it's more than just conservative clerics that COPS/Metro leaders have to react to. The prevailing political culture for the past 25 years has favored employers, not workers.

Conservative! I consider [myself] conservative too, but I care for what people need. That's being conservative. That means not looking [out] for your own self, you look for your neighbor.

COPS/Metro knew that proposing a living wage for city workers meant swimming upstream. So it started off slowly by informing itself, by doing the research. "And we found that a family of four would have to make $19 an hour in order not to be able to qualify for services of the government like food stamps," says Rosa Araujo-Iracheta, a leader at St. Philip of Jesus Catholic Church.

That's $19 an hour for one city worker to keep a family of four above the poverty line in San Antonio. While everyone thought this was a wonderful idea, the leaders also knew that asking the City Council for a minimum wage of $19 an hour was never going to fly politically. So COPS/Metro tried for $15 an hour instead. It didn't matter. The San Antonio City Council said forget it; there wasn't any extra money — not for that anyway.

"City Council was worried about whether we should take something on like increasing wages for our civilian city employees at the same time that we were having discussions with our police and fire on their contract," says City Councilman Rey Saldana.

The San Antonio City Council was a dead end. So, on the advice of their organizers, the church leaders pivoted and approached the county commissioners instead. Would they agree to pay county workers a base of $15 an hour? Again, the answer was no.

But after the church leaders filed out of the meeting frustrated and discouraged, one powerful county commissioner, former San Antonio Mayor Nelson Wolff, quietly started making his own inquiries. He began sidling up to the janitors and other service staff, asking them how much money they made.

"I started just quizzing them in the elevator. 'What are you making? ' "I'm making $7.50." 'How long have you worked here?' ' "I've worked here for three years." ' They would tell me what they were making. They didn't gripe. They didn't complain. And I thought, 'Wow,' " Wolff says.

It would cost the county millions, but the highly respected Wolff brought the other commissioners around. Not for $15 an hour but $13 an hour initially, then $14 an hour next year and finally, $15 an hour in 2017-2018. And with that victory COPS/Metro turned back to the San Antonio City Council and said, "If the county can do it, so can you."

It took months and included a massive voter registration campaign, which increased turnout in the targeted districts by as much as 30 percent. That got the council's attention. By fall, it had lined up the six votes it needed.

COPS/Metro says it is far from done. Its next target? The San Antonio hospital district.