Accessibility links
Poor Criminal Defendants Face 'Too Many Barriers' To Get Lawyers, Says DOJ The criminal justice system can be difficult to navigate, and without a lawyer, it's even harder. Yet the government says it's still too difficult for poor defendants to get representation.

Poor Criminal Defendants Face 'Too Many Barriers' To Get Lawyers, Says DOJ

Poor Criminal Defendants Face 'Too Many Barriers' To Get Lawyers, Says DOJ 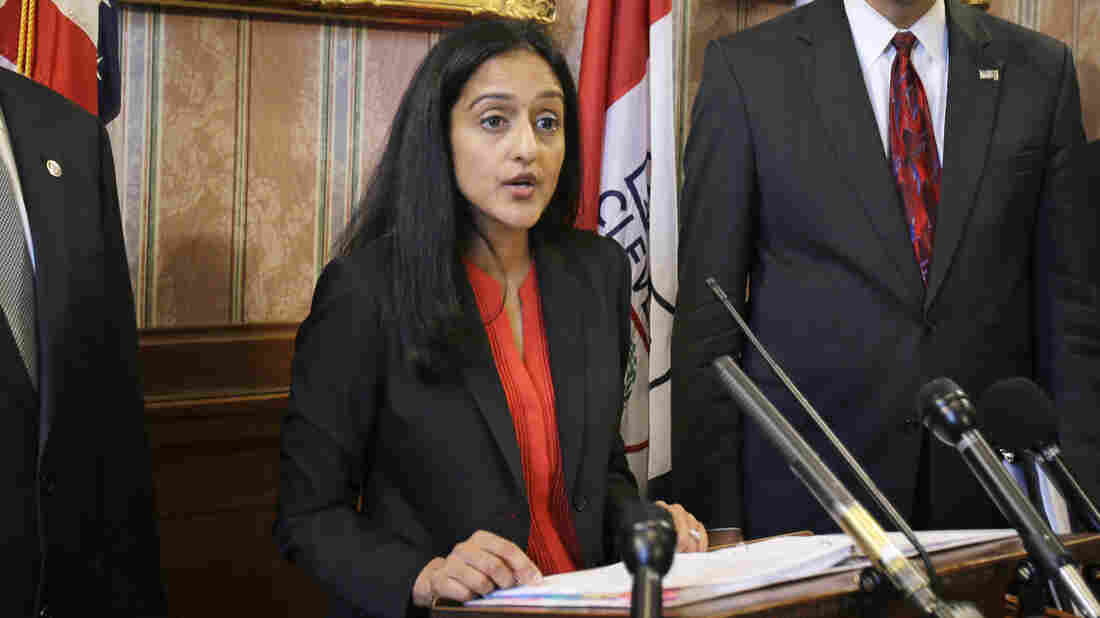 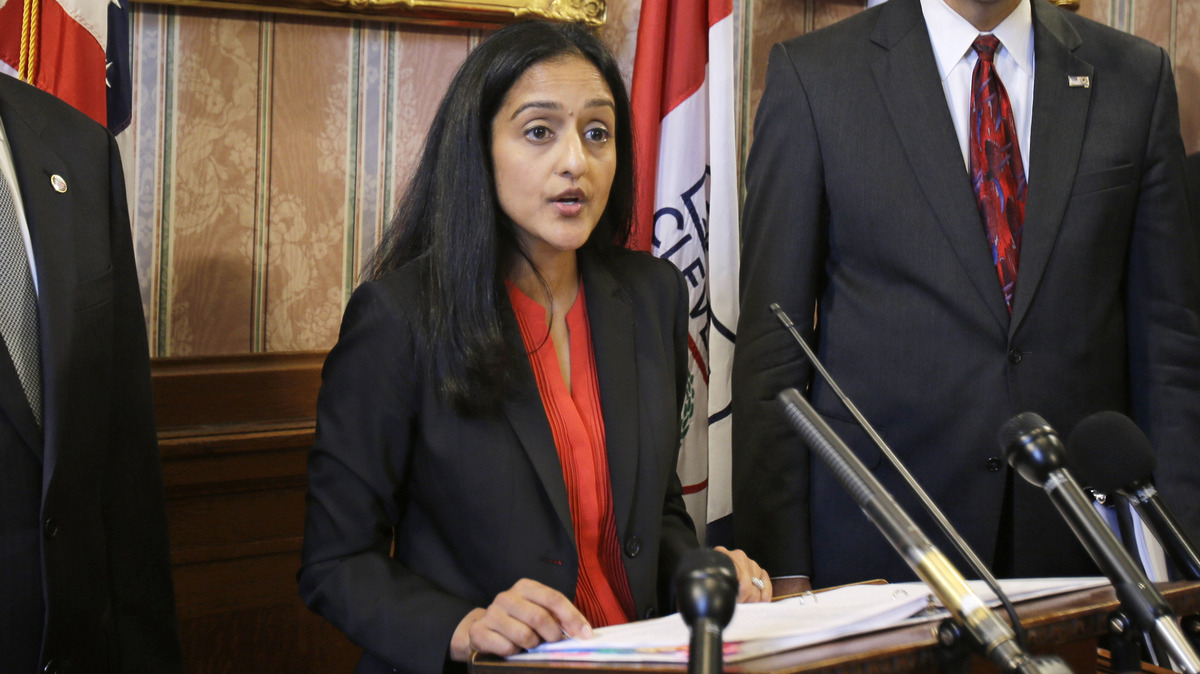 Vanita Gupta, head of the civil rights division at the Department of Justice.

The chief of the Justice Department's civil rights division says "too many barriers still exist in courts across America" when it comes to providing lawyers to poor criminal defendants.

In a speech to the first-ever National Consortium on the Right to Counsel, Principal Deputy Assistant Attorney General Vanita Gupta said, "The bottom line is this: Denying one's Sixth Amendment right to counsel can negatively impact public safety. And it also drains precious taxpayer resources."

Gupta spoke in sometimes personal terms about her first major case as a young lawyer for the NAACP Legal Defense Fund: helping to exonerate black defendants in Tulia, Texas, who had been convicted of low-level drug charges.

During early proceedings, those defendants were represented by court-appointed lawyers who were paid flat fees of a few hundred dollars. Gupta said some of the lawyers had no previous experience and many had met the clients for the first time on the same day they advised the defendants to plead guilty.

"Pressure to stay in the good graces of the judge in order to remain on the list for court appointments made it difficult for these attorneys to present a rigorous and adversarial defense that tested the state's evidence in a meaningful way," Gupta recalled.

That matters, because Gupta and other civil rights attorneys eventually cast doubt on the testimony of a single police officer who orchestrated the drug sting.

Texas state Sen. Rodney Ellis, who has sponsored bills supporting indigent defense, told the audience that injustice for poor people who come into contact with the courts is more common than the average person might think.

"A good number of people are in jail in this country when their lawyers ought to be in jail instead of them," Ellis said.

Michigan Judge Tom Boyd connected the lack of funding and support for defense lawyers for the poor to overall confidence in the justice system, which waned after racial unrest in Ferguson, Mo., and Baltimore over the past year.

"We are losing the consent of the governed," Boyd said.

And the ideas also won some backing from current and former police chiefs. Among them: Hassan Aden, director of research and programs for the International Association of Chiefs of Police.

Aden told NPR he's been doing a lot of public speaking to emphasize the recommendations of President Obama's task force on policing, which called on law enforcement officers to act more like guardians than warriors in their communities. One approach, Aden said, is to "re-balance" incentives in the system, by removing arrest numbers as a key performance barometer for officers on the beat.

Justice, as it's practiced across the nation, remains a largely state and local issue. But the Obama administration is trying to use the bully pulpit where it can to amplify the conversation about inadequate defense. The U.S. Justice Department has weighed in with court briefs in Washington state, New York, Pennsylania and Georgia, where plaintiffs have sued alleging widespread violations of the Sixth Amendment right to counsel.

Judge Robert Lasnick, who presided over the Washington case, was among the audience members at the right-to-counsel event.

The White House and Justice Department said they will host a daylong meeting Dec. 3 to discuss changes to government-imposed bail-and-debt practices, so they "do not lead to unnecessary involvement in the criminal justice system or exacerbate poverty."