Accessibility links
Scientists Work With Cuba To Bring Lost Orchids Back To Florida State Park Fakahatchee Strand Preserve is home to more than 40 native species of orchids; many more were lost to poaching and habitat destruction. Some of those blooms can still be found in Cuba and may return. 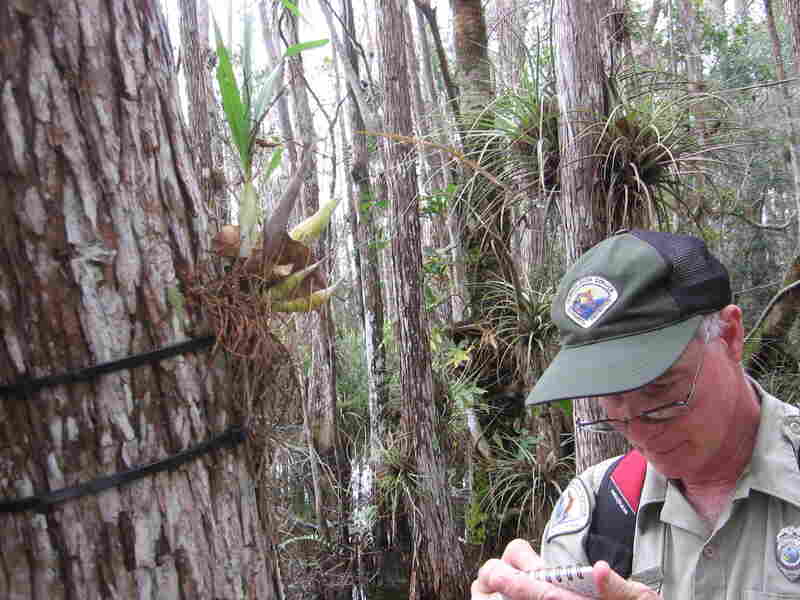 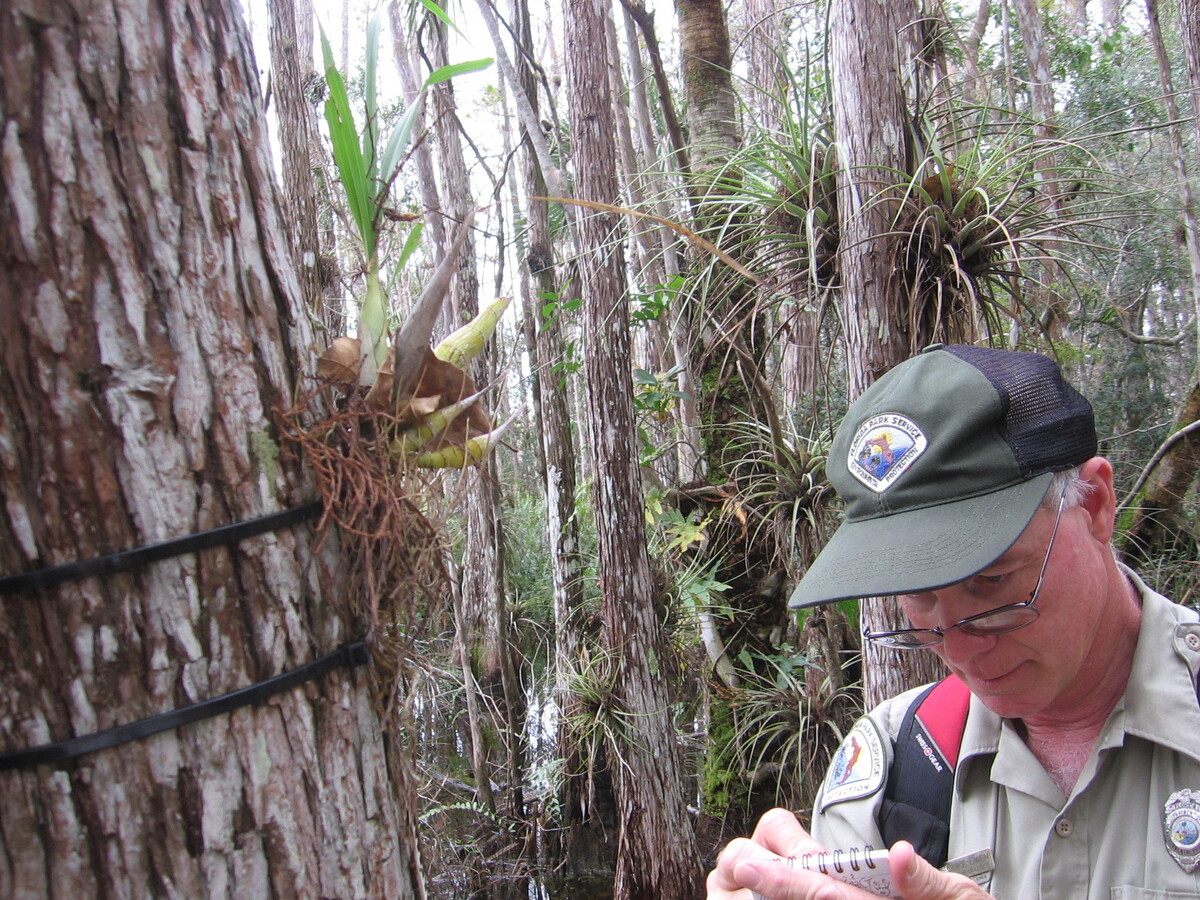 With their garish blooms, there's something special about orchids, and in the U.S., no place has more native species than Fakahatchee Strand Preserve. The state park in Southwest Florida was the setting for the 1998 book The Orchid Thief. Scientists there are working to bring back varieties lost through the years to poachers and habitat destruction.

If you visit Fakahatchee, you likely will run into park biologist Mike Owen. He has spent most of his career there, though he says that's not as significant as it sounds.

This type of shallow swamp is found only in Florida, and Fakahatchee is the largest. Water drains south from Lake Okeechobee through stands of cypress trees with thick, 100-foot-tall canopies. 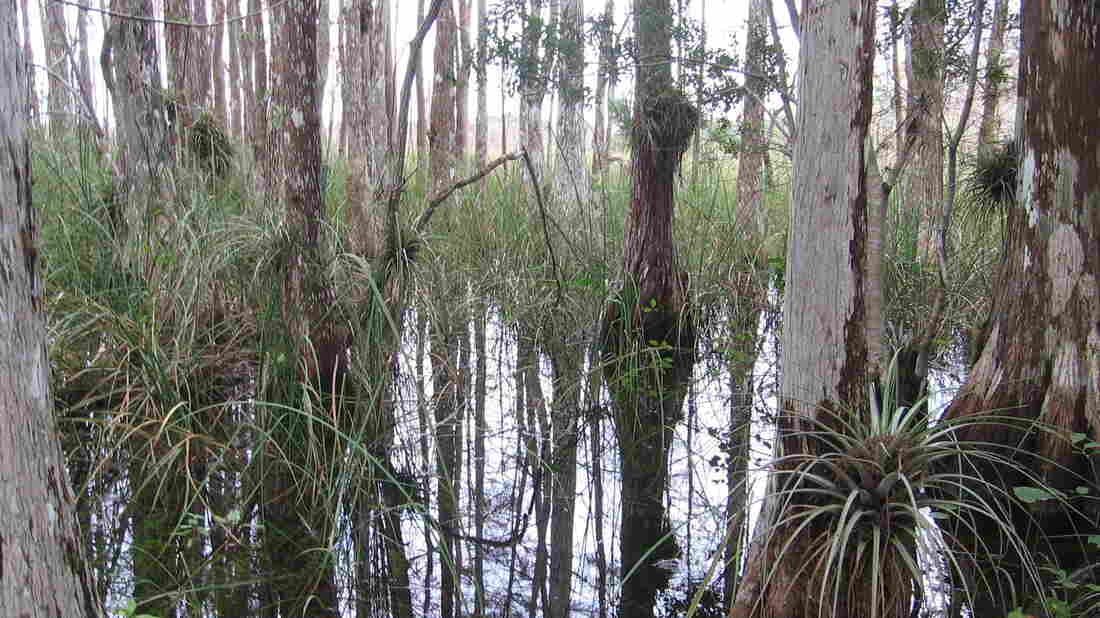 Strand swamps like this one are native only to Florida, and the Fakahatchee Strand Preserve is the largest. Greg Allen/NPR hide caption 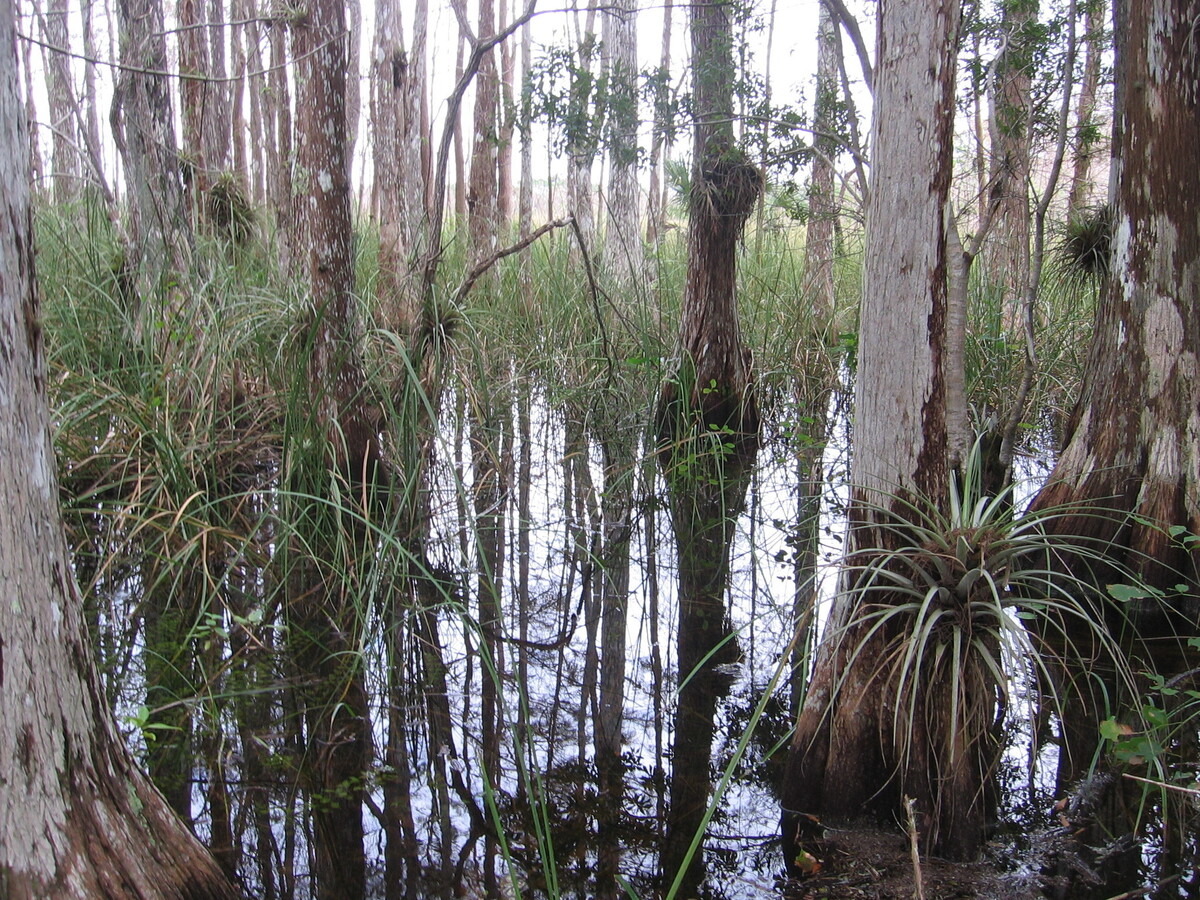 Strand swamps like this one are native only to Florida, and the Fakahatchee Strand Preserve is the largest.

To see orchids in their native habitat, Owen takes visitors on swamp walks. We step off a park trail and are soon wading through sawgrass and water 9 inches deep. Owen is wearing rubber boots and carrying a depth gauge that doubles as a walking stick. "Notice how clear that water is," he says.

Owen was author Susan Orlean's guide in Fakahatchee when she wrote The Orchid Thief. Orchids, Owen says, are especially susceptible to poachers.

"The orchids have an allure," he says. "And some people just take it on themselves to go out there and just take whatever they want."

Logging also has taken a toll on Fakahatchee: In the 1940s and 1950s, most of the old-growth cypress was cut down. But since the '70s, when it became a state park, the swamp and the stately cypress trees largely have recovered.

We leave the sawgrass prairie and slosh into a stand of trees, mostly palms and cypress.

"This is a small cypress dome," Owen says. "This was one of the sites of our cowhorn orchid restoration project." 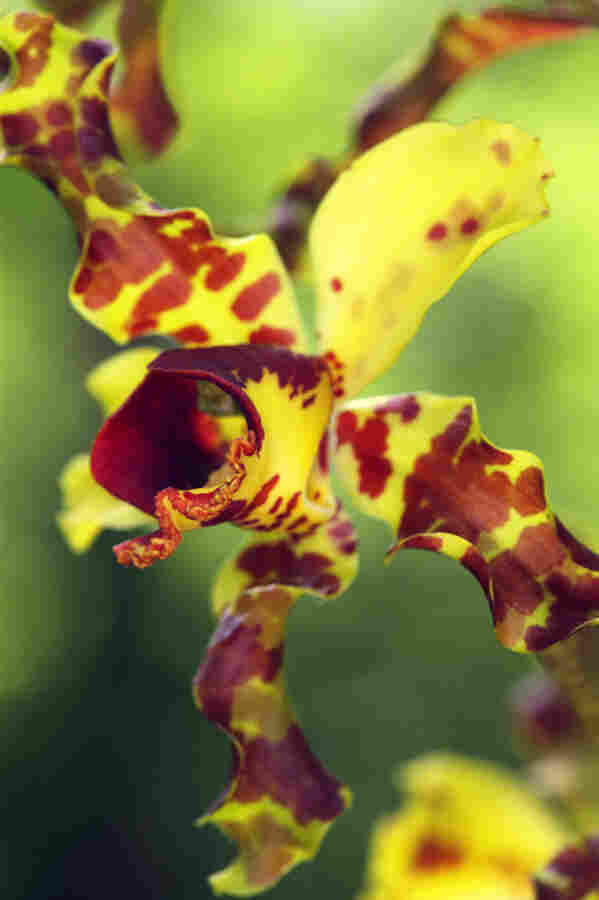 Cowhorn orchids like this one had gone nearly extinct in Fakahatchee Strand Preserve, but thanks to intensive efforts there are now several hundred across the park's 85,000 acres. Courtesy of Brad Wilson hide caption 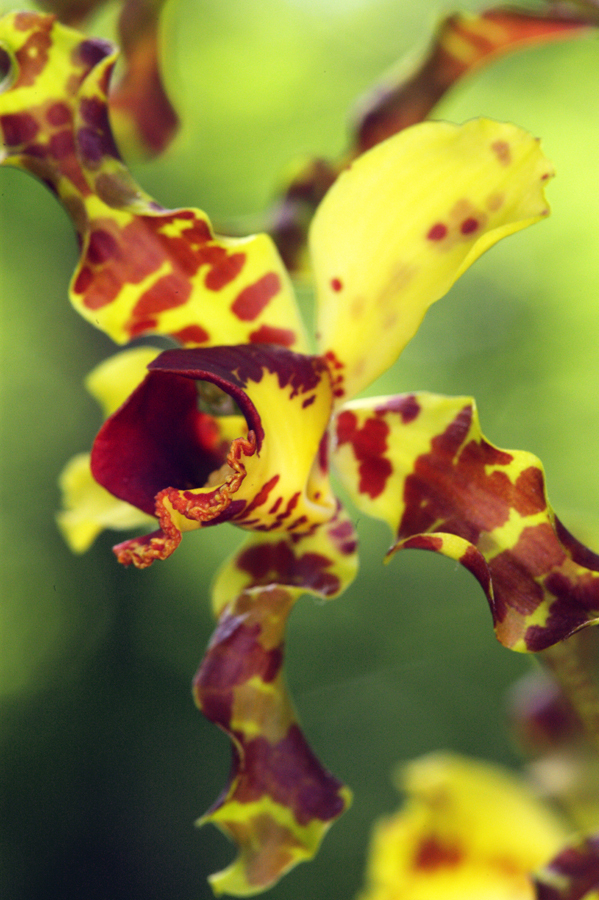 Cowhorn orchids like this one had gone nearly extinct in Fakahatchee Strand Preserve, but thanks to intensive efforts there are now several hundred across the park's 85,000 acres.

Over the past decade, working in partnership with the Atlanta Botanical Garden, scientists at Fakahatchee Strand have harvested seeds in the wild, cultivated cowhorn orchids and replanted them throughout the swamp.

"They can have literally hundreds of flowers — little yellow flowers with little dots on them, Owen says. "Well, because it is so charismatic and easy to find, people did remove them."

When the project started a decade ago, just 17 cowhorn orchids still could be found in the 85,000-acre park. Today, there are several hundred. Scientists at Fakahatchee had similar success with another endangered species, the dollar orchid.

Two other orchids that used to grow in Fakahatchee are no longer found anywhere in Florida: the rat-tail orchid and one known only by its scientific name, Epidendrum acunae. Florida Fish and Wildlife Conservation Commission biologist Dennis Giardina says that, for him and Mike Owen, finding them became a passion.

"There has been a lot of time and effort and energy spent looking for these lost orchids, so we're pretty certain that they are in fact locally extinct," Giardina says.

Using techniques they pioneered with the cowhorn orchid, Giardina and Owen were convinced that they could restore the lost orchids to Fakahatchee if they could find nearby plants. The likeliest place to look was Cuba, just 200 miles away.

At a conference in Cuba three years ago, Giardina met with botanists from the island. As he showed his final slide, he appealed directly to the Cuban scientists in his audience: "The closest populations of these two species occur in western Cuba. Please help us. Please collaborate with us, because we want to try to bring these orchids back."

U.S. And Cuba To Collaborate On Marine Life Protection

U.S. And Cuba To Collaborate On Marine Life Protection

The Cuban researchers were willing and helpful — and as it turned out, had both species at the botanical garden and had been monitoring other populations in the wild.

It will take time, a decade or more, but Giardina says now he and Mike Owen are confident that, with seeds from Cuba, they'll be able to bring the lost orchids back to Fakahatchee Strand.