Accessibility links
Book Review: 'The Big Green Tent,' By Ludmila Ulitskaya Ludmila Ulitskaya's new novel follows three childhood friends in the years after Stalin's death — and the dozens of characters their lives intersect with — in a masterpiece of detail and ambition.

The Entire Soviet Union Fits Into 'The Big Green Tent'

The Entire Soviet Union Fits Into 'The Big Green Tent' 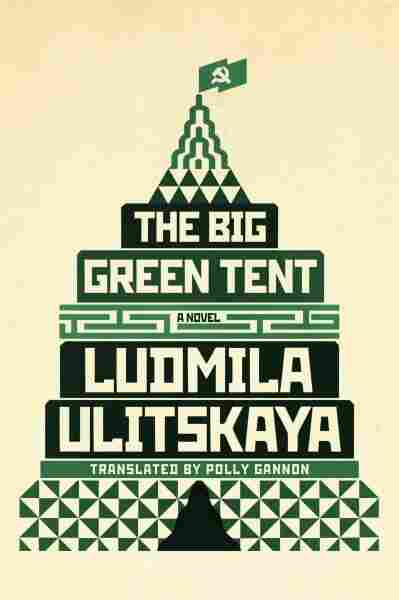 by Ludmila Ulitskaya and Polly Gannon

At times in her new novel, it seems Ludmila Ulitskaya has her sights set on depicting the entire Soviet Union. The battered tramps, the generals and detainees, the dissidents and KGB informers, scholars, bullies, bumblers and nonpersons — all the lives, large and little, that shaped the hulking 20th-century empire like the dots on a pointillist painting. She crafts a cast of dozens in The Big Green Tent, with an eye trained as intensely on high-altitude Soviet policy as it is on the paupers stretching every last ration.

All of which puts me in something of a bind, as the guy trying to introduce it to you: How to sum up a book so vast in scope, in just a few words?

Perhaps it's best just to leave it to Ulitskaya herself here: "It's incomprehensible, improbable," she writes at one point, "but the generosity of fate also extends to the likes of these C-list extras." The generosity of Ulitskaya's pen, too, extends to characters you might have mistaken for extras a hundred pages before they get their starring turn.

Now, all this emphasis on extras shouldn't distract from the fact that there are still leads in this show. If The Big Green Tent has a heart, it pulses somewhere in the trio of childhood friends gloriously self-described as the "Trianon:" photographer Ilya, budding poet Mikha and Sanya, whose crippled hand hasn't slowed his love of music. It's a friendship formed from elementary school outcasts in the wake of Stalin's death, polished by a beloved literature teacher — and strained by time and distance as the three get older. Ilya dives headlong into the underground intrigue of samizdat — the black market of censored publications — and eventually entices Mikha into it, as well. Meanwhile, Sanya loses himself in the Byzantine schema of sheet music and theory. 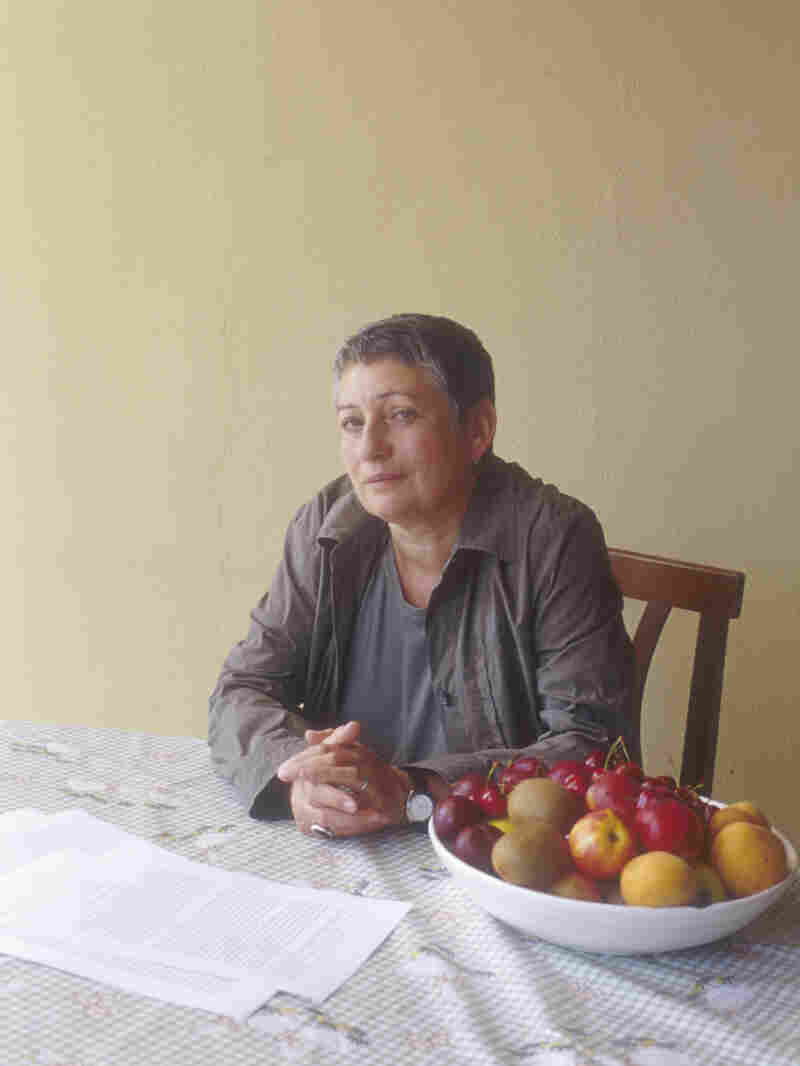 Ludmila Ulitskaya's works have been translated into more than 20 languages. The Big Green Tent was first published in Russian in 2010. Basso Cannarsa/Courtesy of Farrar, Straus & Giroux hide caption 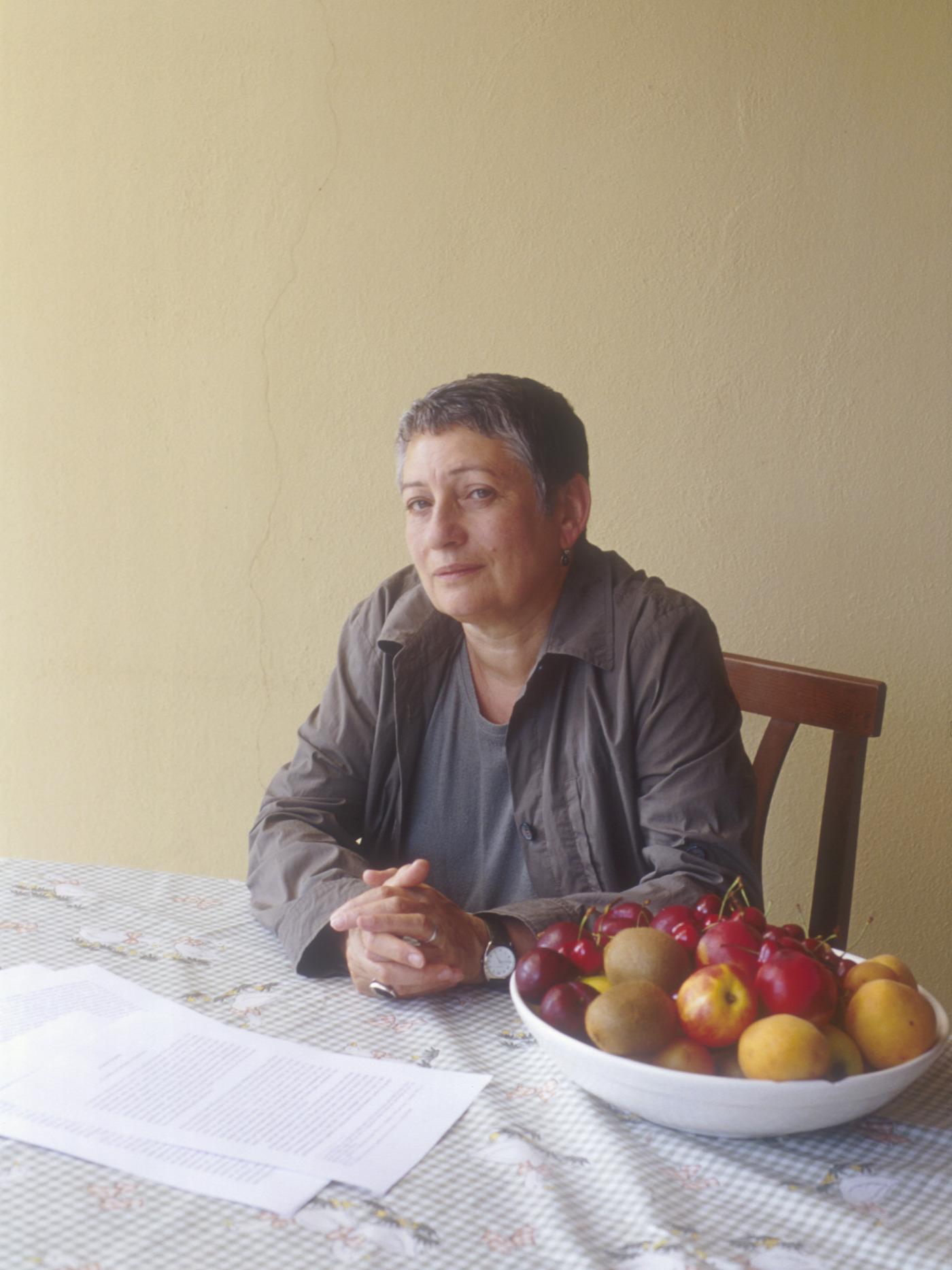 Ludmila Ulitskaya's works have been translated into more than 20 languages. The Big Green Tent was first published in Russian in 2010.

In some ways, though, they operate more as threads that hold the novel together, their relationships and hardships drawing others into Ulitskaya's frame, even as the three friends themselves often drop out of it for long stretches. More plots spawn around and between them: The lovelorn Olga, linked to Ilya by marriage and attracted to trouble; the fugitive cartoonist, Boris, whose sketches reveal the broken but undaunted life of the remote countryside; even poor Nadia, Sanya's first lover, whose sexual awakening brings about her downfall. She's barely in the book at all — her story takes no more than a few pages to tell — but still, Nadia's tragedy makes for one of the most devastating passages in the book.

"Die if you will, but never give a kiss without love," she whispers to Sanya, only to fade from the book pages later.

It's with moments like these that The Big Green Tent, for all its grand ambition, manages an intimacy that can leave a reader reeling. In chapters that often play like vignettes, strung together according to an order that loops and backtracks, a bit of crumpled onionskin or a single psychiatric evaluation can take on the weight of a whole life.

And it's in these tiny scenes and pivotal decisions that the immense expanse of Ulitskaya's work becomes graspable — and poignant. After all, we know from textbooks already that the Soviet Union was a surveillance state, that a religious heritage could get someone tossed in labor camps, or that, as one character puts it, in the Soviet Union often "conscience militates against survival." But Ulitskaya gives these familiar factoids a startling heft when, for instance, a woman learns of a best friend's lover not from the friend, but from the KGB agent across the interrogation room, or when an official puts his name to the denunciation of his mistress — and she forgives him, silently.

Here, I'll give the floor again to Ulitskaya, who perhaps explains this best when describing Sanya's music instruction: "The more fully one grasps what is available for comprehension, the more intensely the ineffable shines."

The Big Green Tent is a masterpiece of massive ambition precisely because Ulitskaya — and, in turn, her translator, Polly Gannon — are so adept at giving tangible life to the smallest details, and even those "C-list extras."