Accessibility links
Established Veterans Groups Fight To Attract The Next Generation Veterans organizations, like the American Legion and Veterans of Foreign Wars, are losing their older memberships while struggling to engage younger veterans, who want more activity-based groups.

Listen · 5:29 5:29
Established Veterans Groups Fight To Attract The Next Generation 5:29 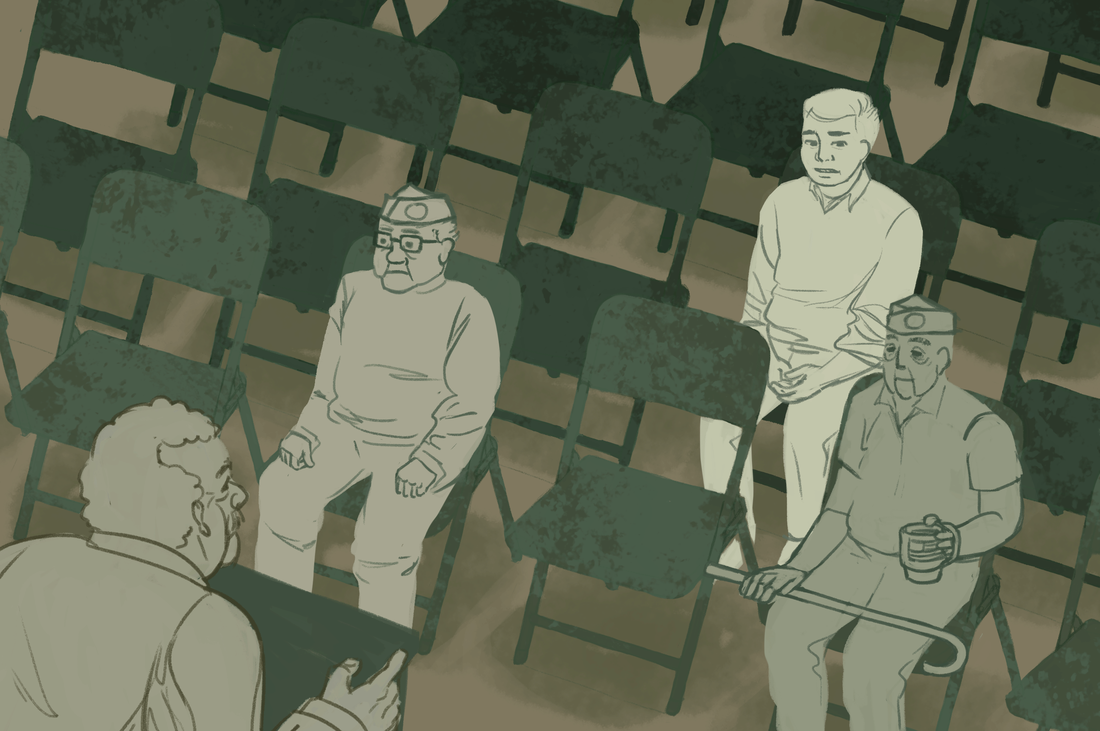 Veterans groups, like the American Legion and Veterans of Foreign Wars, are struggling to recruit and engage younger veterans who served in the Iraq and Afghanistan wars. Annette Elizabeth Allen/NPR hide caption 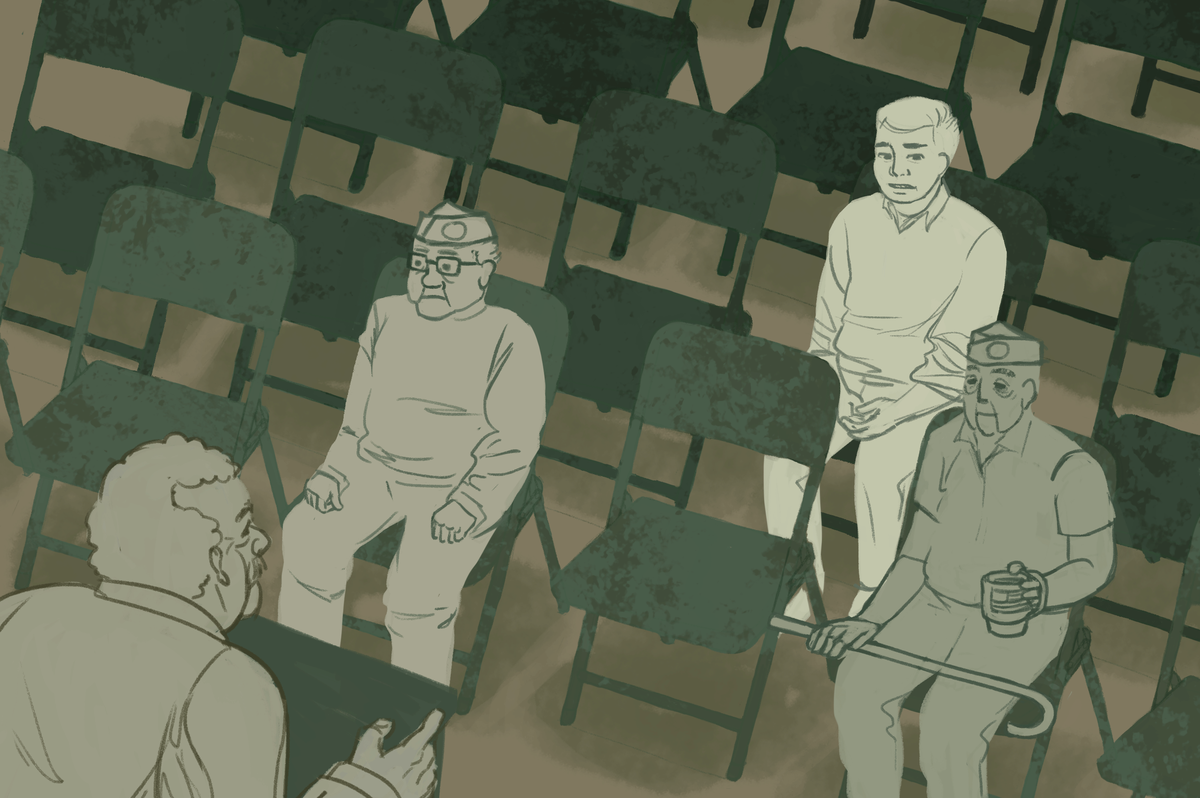 Veterans groups, like the American Legion and Veterans of Foreign Wars, are struggling to recruit and engage younger veterans who served in the Iraq and Afghanistan wars.

At American Legion Post 87 in High Point, N.C., the bar is jumping, even though some of the patrons are almost 70 years old.

"The sad part is, some of the older vets, the World War II, the Korea vets, they're passing on," says Fred Iannone, the post's commander. "The Vietnam veterans so far, we're holding our own."

Veterans organizations, like the American Legion and Veterans of Foreign Wars, are losing their older members and struggling to attract the younger veterans of more recent wars.

Around the country, more than 2,000 American Legion and VFW posts have closed. Those same posts — with their baseball leagues and scholarships — were once deeply woven into the fabric of their communities.

Post 87 won't shrink this year, partly because it's absorbing the members of a nearby post that shut down.

Like many leaders of these established veterans groups, 68-year-old Iannone believes young veterans will join when they're older and have more free time. But attracting those members now is crucial.

"We need the younger blood, there's no doubt, to carry on the fight," Iannone says. "I tell them: 'The American Legion is the one that got you the right to go to the VA to get benefits.' "

That's because the American Legion and VFW aren't just a presence in communities — they're also political giants. They have won iconic benefits for veterans, like the GI Bill. But if they lose enough members, they could also lose clout.

To keep that muscle, the groups need vets like 32-year-old John Knox, who left the Marines in 2006. Knox says he never considered joining a group like the VFW or American Legion.

"The American Legion was active in the town I grew up in and it was just a drinking place," says Knox. "Knowing that alcohol abuse and alcoholism is definitely prevalent, there was definitely an aversion that way."

Instead, Knox joined Iraq Veterans Against the War. Then he went to work for a group called Growing Veterans, where he helps vets learn to farm. The group sells produce at a stand at the VA hospital in Seattle. 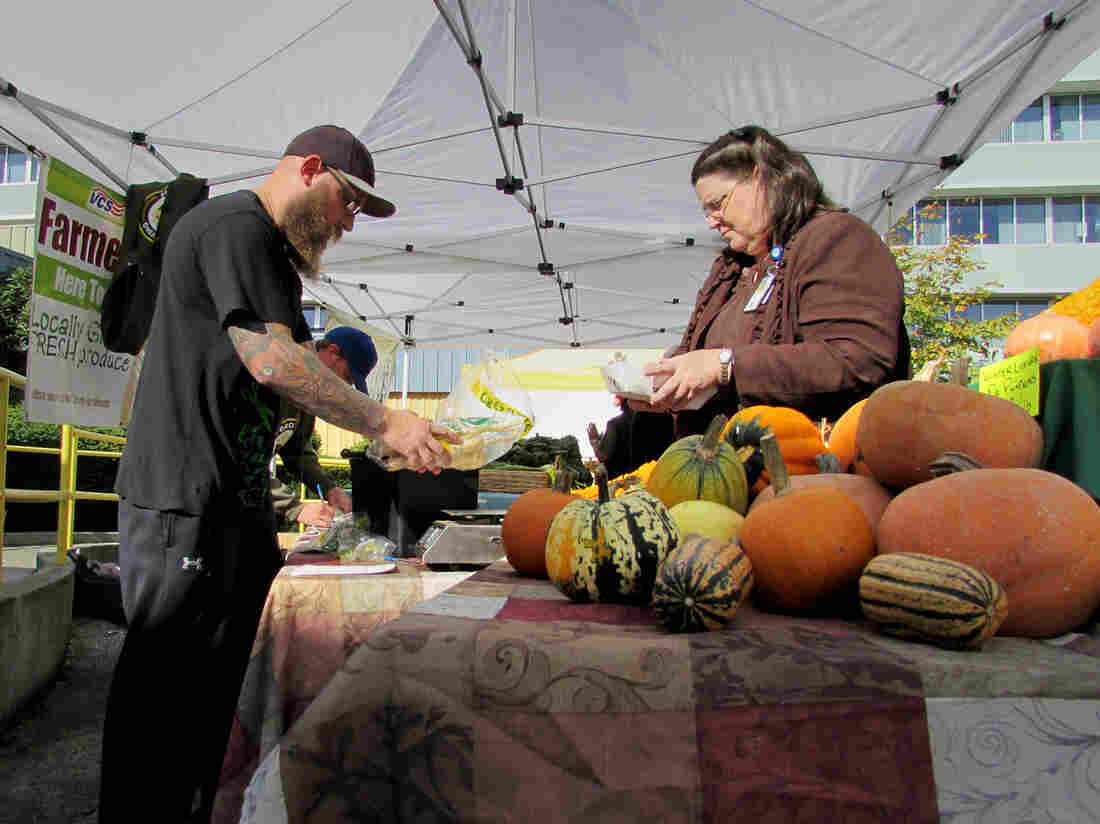 Air Force veteran Sean Michael Dalgarn works the Growing Veterans farm stand at the VA Hospital in Seattle. The group's members learn to farm and then sell its harvest here once a week through December. Patricia Murphy/KUOW hide caption 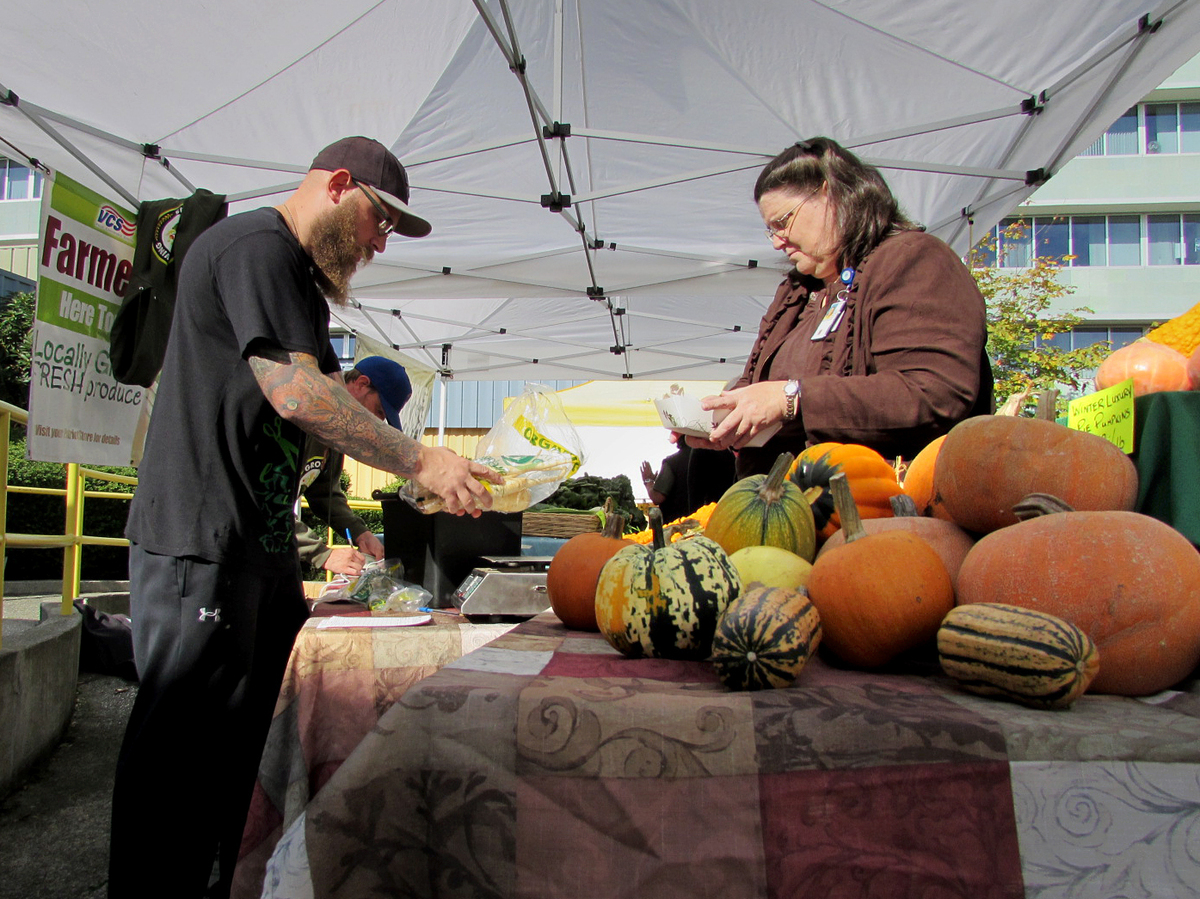 Air Force veteran Sean Michael Dalgarn works the Growing Veterans farm stand at the VA Hospital in Seattle. The group's members learn to farm and then sell its harvest here once a week through December.

New veterans are looking for meaning and healing and camaraderie, and they have plenty of options.

Around Seattle, that includes groups like The Mission Continues, AmeriCorps Vet Corps, Team Rubicon, Iraq and Afghanistan Veterans of America, 22Kill, the Seattle Stand Down and Team Red White And Blue.

"I'm a member of all of it, but Red White and Blue because I don't like to run," says Army veteran Josh Wheeldon. He's also a lifetime member of the VFW, where his father was a post commander.

He reveres his father's generation but says he doesn't always feel like he fits in.

"I went to a district meeting and I didn't have my VFW hat on. I didn't wear that. I said 'I don't want to wear that hat!' ... But that's the culture, right? You got to fit in," Wheeldon says.

Both Wheeldon and Knox represent a generation of veterans looking for something that feels more personal than what the old-line groups offer.

American Legion and VFW leaders are trying to attract this new generation and move away from the stereotype of old guys swapping war stories in smoky bars.

"So the idea behind this event is to bring out some of the veterans with families, some of our members with families, and potentially some community members who are eligible to be members of the post, but haven't heard of us," says Walter Sweeney, 29, the post's commander. "And just be able to have something for the families to do and for the kids to do to get together to enjoy the time as a community."

Northern Virginia has a lot of younger veterans, and Post 8469 wants to make them feel at home. It has a website and a lively Facebook page. And at least once a quarter, it tries something new, like this party.

"I'm going to risk getting in trouble with higher-up VFW and say that we should have been where we are today 10 years ago," Sweeney says. "In the way that we reach out to younger veterans, and the way that we organize online media and the way we do events like this, we're behind the power curve. We can't just sit here and wait for people to walk in and say 'Hey, we heard about the VFW and we want to be a member.' We have to go out and get them."

But some posts won't even try to connect with young veterans. And they don't have to. They're independent, like franchises. And even for those that try, if they aren't in places with a lot of young veterans, then even fancy websites — and pumpkin carvings — may not be enough.

This story was reported by Patricia Murphy of KUOW and Jay Price of WUNC. It's part of a project we're calling "Back at Base," in which NPR — along with seven public radio stations around the country — is chronicling the lives of America's troops where they live.