Accessibility links
For Immigrants In U.S. Illegally, Rubio Favors 'Very Long Path' To Citizenship Sen. Marco Rubio, who's gaining in the presidential race, supported and helped craft the Senate immigration bill. He's backed away from it somewhat, but clarified his stance in an interview with NPR. 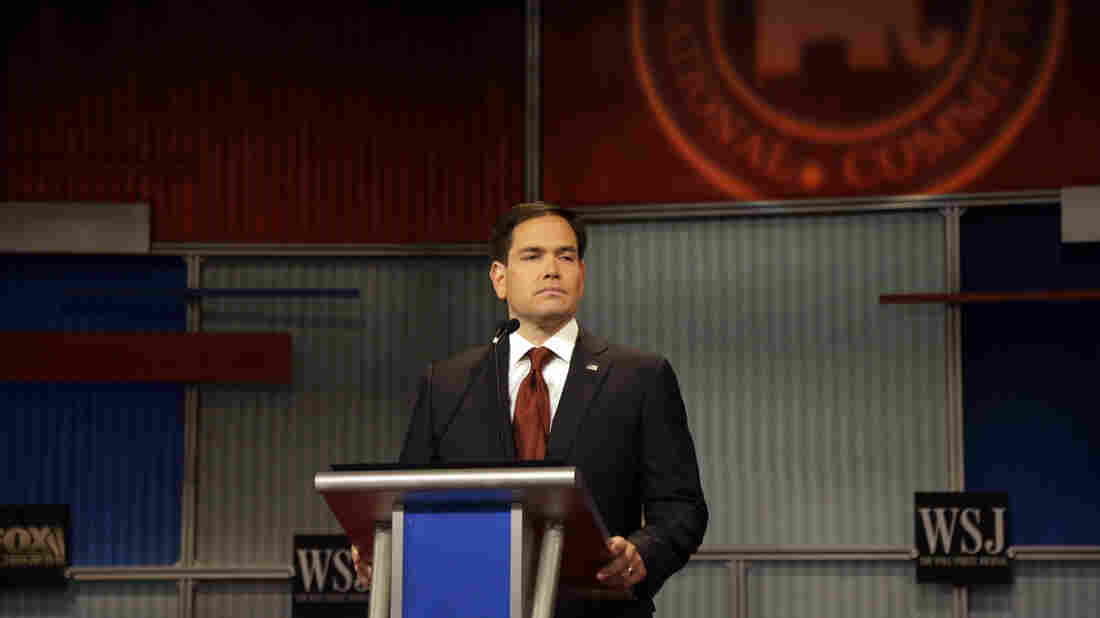 Marco Rubio stands alone during a Republican presidential debate in Milwaukee on Tuesday. He spoke to NPR about a hot-button issue in that debate — immigration. Jeffrey Phelps/AP hide caption 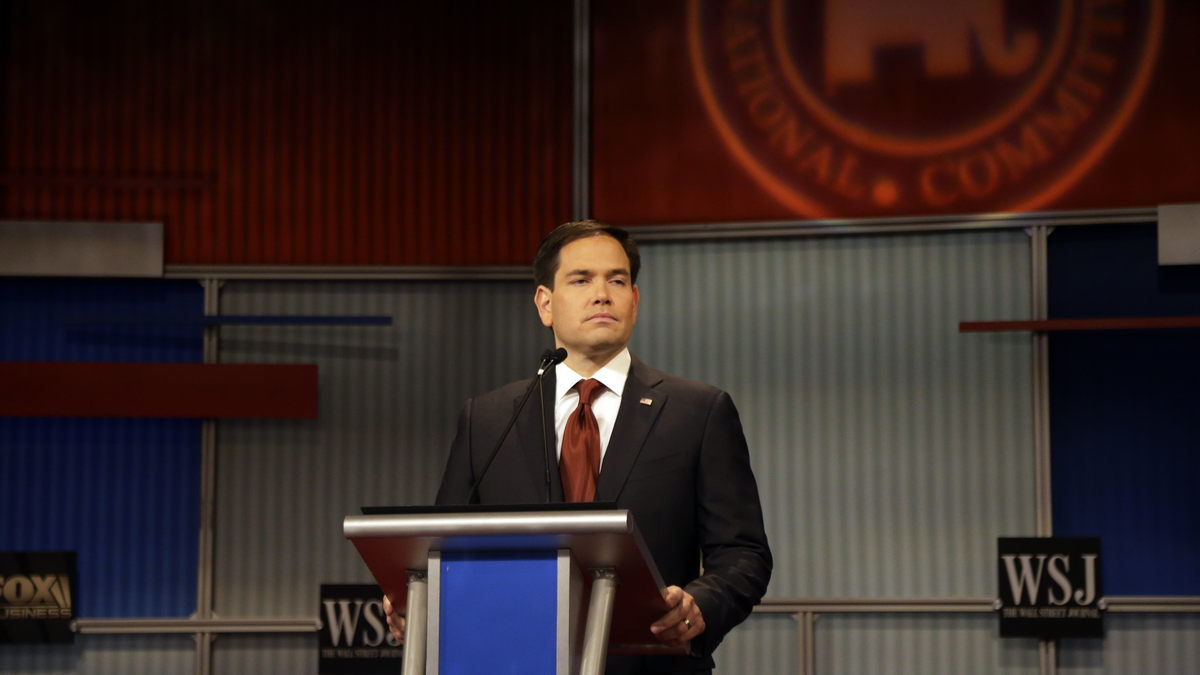 Marco Rubio stands alone during a Republican presidential debate in Milwaukee on Tuesday. He spoke to NPR about a hot-button issue in that debate — immigration.

Sen. Rubio On Immigration: We Can't Accept Everyone

Sen. Rubio On Immigration: We Can't Accept Everyone

Sen. Marco Rubio clarified his view on the 11 million immigrants, who are in the United States illegally. The day after a presidential debate, which exposed a continuing divide in the Republican Party on immigration, Rubio told NPR on Wednesday that he favors a path to citizenship for some, though the prospect would be very distant.

"If you haven't been here very long, or you're a criminal, you will be deported," Rubio told NPR's Morning Edition. "Otherwise, you will have to come forward, pass the background check, learn English, pay a fine, because you violated the law, start paying taxes, and you'll get a work permit. And that's all you're going to have for at least a decade."

Rubio went a step further. "After 10 years on the work permit, I personally am open to — after the 10 years have expired — to allowing people to apply for a green card, just through the normal process that anyone else would use."

That means Rubio still broadly backs one of the most hotly debated portions of a 2013 immigration bill that passed the Senate overwhelmingly but could not get through the Republican-controlled House. Rubio helped author the legislation, but later dismissed it as politically unsustainable.

Like some other candidates, Rubio has spoken of allowing some kind of legal status for some of the 11 million. A green card confers the status of a permanent resident and the ability to work legally, with an eventual option to apply for citizenship.

When pressed, Rubio acknowledged that this amounted to a path to citizenship, which many in his party have derided as "amnesty." Rubio, however, described his proposal as "a very long path" to citizenship.

"There's a human aspect of this that can be heart-wrenching in many cases," he added.

Rubio's comments to NPR add further nuance to an argument that was highlighted in the Tuesday night debate. Donald Trump insisted, "We have no choice" but to deport millions of people who migrated to the U.S. illegally. John Kasich insisted this was "not an adult argument," while Jeb Bush contended that mass deportations would "tear communities apart." Bush himself, however, has spoken of identifying and deporting the many immigrants who have overstayed visas.

Republicans have faced pressure from their core voters to avoid anything that could conceivably be construed as amnesty. And Rubio, in recent days, has said he would end President Obama's program to defer the deportation of immigrants who arrived illegally as children.

Bush, in Tuesday night's debate, said Democrat Hillary Clinton's campaign was surely doing "high fives" simply listening to the GOP argument. Does the debate harm Republicans in a general election, where the Latino vote is growing year by year?

"No," Rubio insisted, "as long as we speak honestly about it. ... There's got to be a process by which people come here."

Clinton has been positioning herself to ensure a potential contrast with any Republican nominee. She has said she would take executive actions to protect undocumented immigrants that would go even beyond the executive actions approved by President Obama. And she has painted all the Republican candidates as offering small variations on the same broad theme of exclusion.