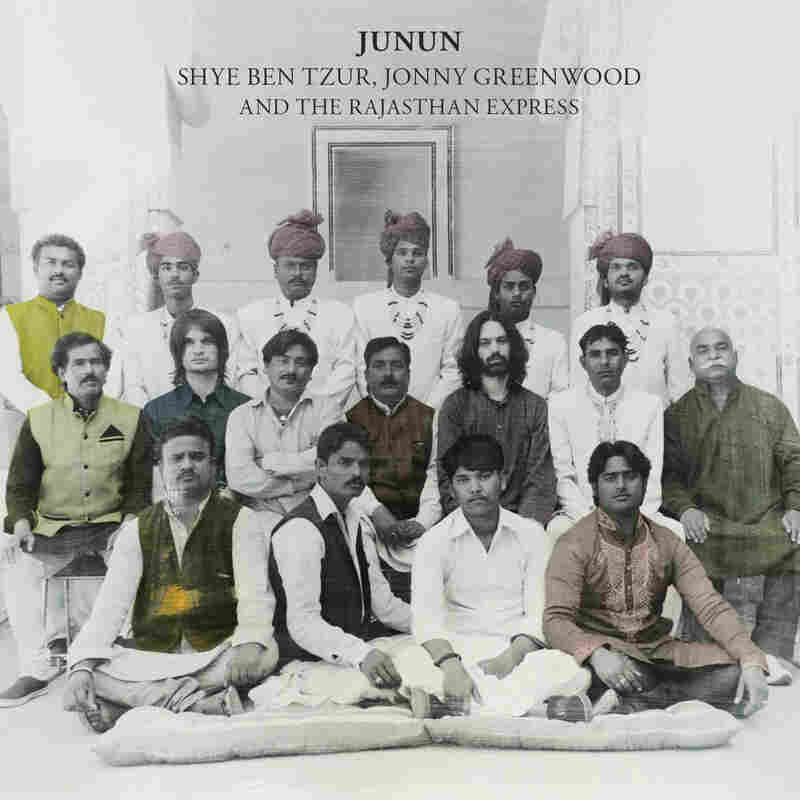 Cover art for Junun. Courtesy of the artist. hide caption 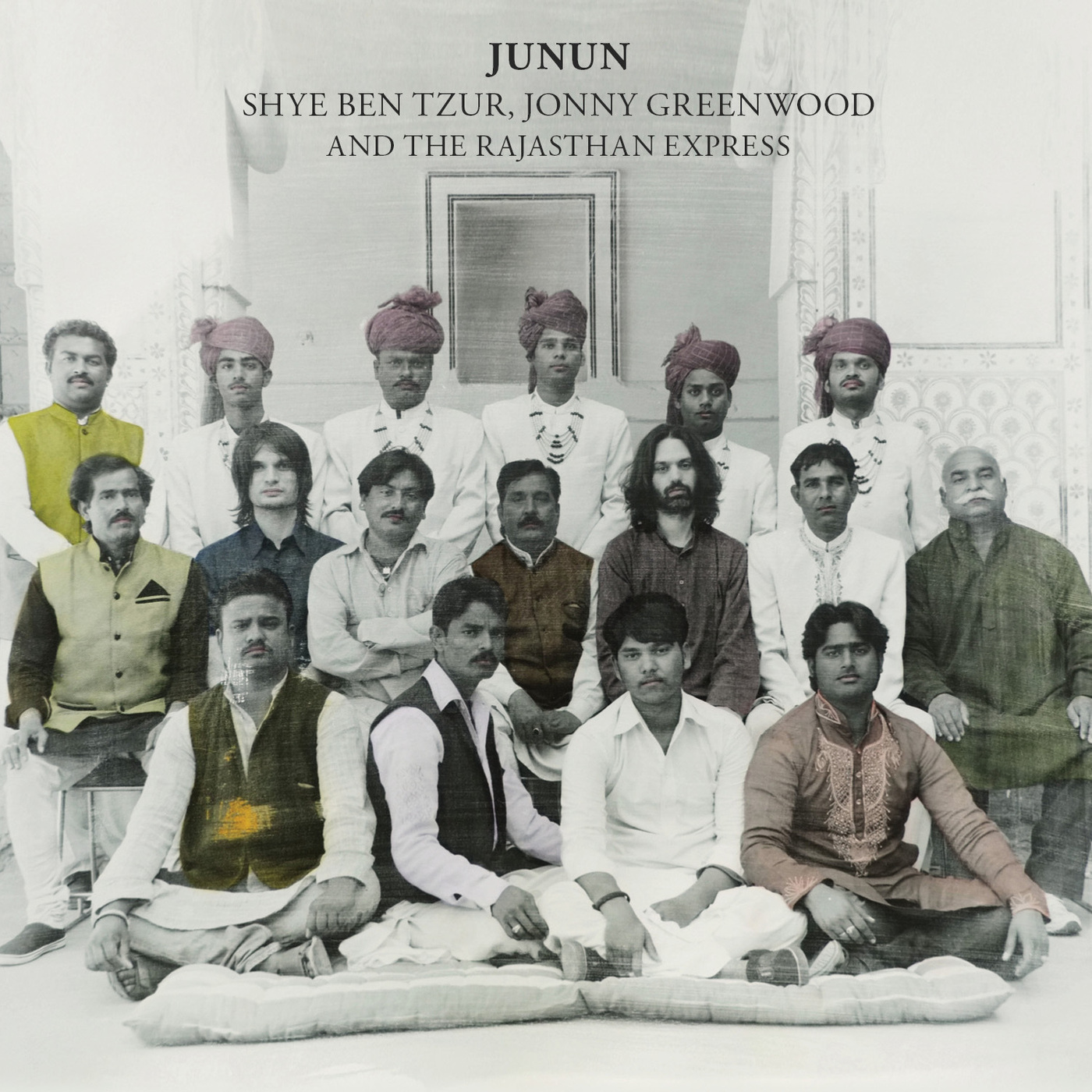 Junun must be one of those exceptions, as the double album finds Greenwood delving deep into the music of northern India alongside Israeli-American singer and composer Shye Ben Tzur and 19 Rajasthani traditional musicians.

Greenwood has been a fan of Ben Tzur's music for years now, and Ben Tzur's compositions provide the backbone of the project. He studied classical and vernacular music in Rajasthan for more than a decade, and his own music draws heavily from these traditions — especially from the trancelike, Sufi devotional music called qawwali, for which he composes lyrics in a mix of Urdu, Hindi and Hebrew.

The project has other moving parts, too. In addition to the musicians themselves, longtime Radiohead producer Nigel Godrich was behind the console, while director Paul Thomas Anderson, an old friend and frequent collaborator of Greenwood's, was there to document the whole thing in a short film. Oh, and the marathon recording session took place in a stunning 15th-century Rajput hill fort, donated by the Maharaja of Jodhpur for the project. Got all that?

Thankfully, Ben Tzur and Greenwood pull everything together without too many seams showing. The title track even turns those seams into proof of concept, introducing the album's disparate musical elements one by one: A vintage synth blurts out a pulsing electro beat, layered over by a spiky Italo-funk guitar riff and a flashy solo trumpet fanfare, which all gives way to a soaring qawwali chant and swirling harmonium before it's all briefly obliterated by thundering dholak drums and a blaring brass section. And so on.

Mostly, though, Greenwood and Godrich bring a much lighter touch to the album and let Ben Tzur's compositions speak for themselves. The hypnotic "Eloah" is an almost purely a cappella exercise, mixing the rhythmic qawwali chanting with soaring solo vocals, Hebrew with Urdu, and Sufi tradition with Jewish mysticism. "Allah Ellohim" explores the same territory, pitting Ben Tzur's mellow guitar against strong vocals — ably sung in Hebrew by Razia Sultan — to stunning effect. "Roked" also relies on qawwali chants led by Zakir and Zaki Ali Qawwal, interposed here with hand percussion and a whole lot of echo, to carry the track. The loping pace of "Hu" is set by the stately sarangi — the bowed instrument at the heart of Manganiar music, which otherwise seems a little lost on this project.

But the real magic comes when the brass section is unleashed. With six horns (three tubas, two trumpets and a trombone) led by trumpeter Aamir Bhiyani, and backed by five thundering percussionists, "Julus" and "Junun Brass" practically jump out of the speakers and command listeners to dance.

Greenwood doesn't entirely limit himself to a supporting role here, either. The intro to "Kalendar" blends Ben Tzur's atmospheric flute with the ghostly sounds of Greenwood's vintage Ondes Martentot synthesizer, before skittering percussion and a delirious harmonium kick the music into psychedelic territory — and delivers on Junun's high concept perfectly.