Accessibility links
Clinton Has 45-To-1 'Superdelegate' Advantage Over Sanders Underscoring her level of support among the Democratic establishment, Hillary Clinton has a far bigger lead with Democratic elected officials than in 2007, the last time she ran.

Clinton Has 45-To-1 'Superdelegate' Advantage Over Sanders

Clinton Has 45-To-1 'Superdelegate' Advantage Over Sanders 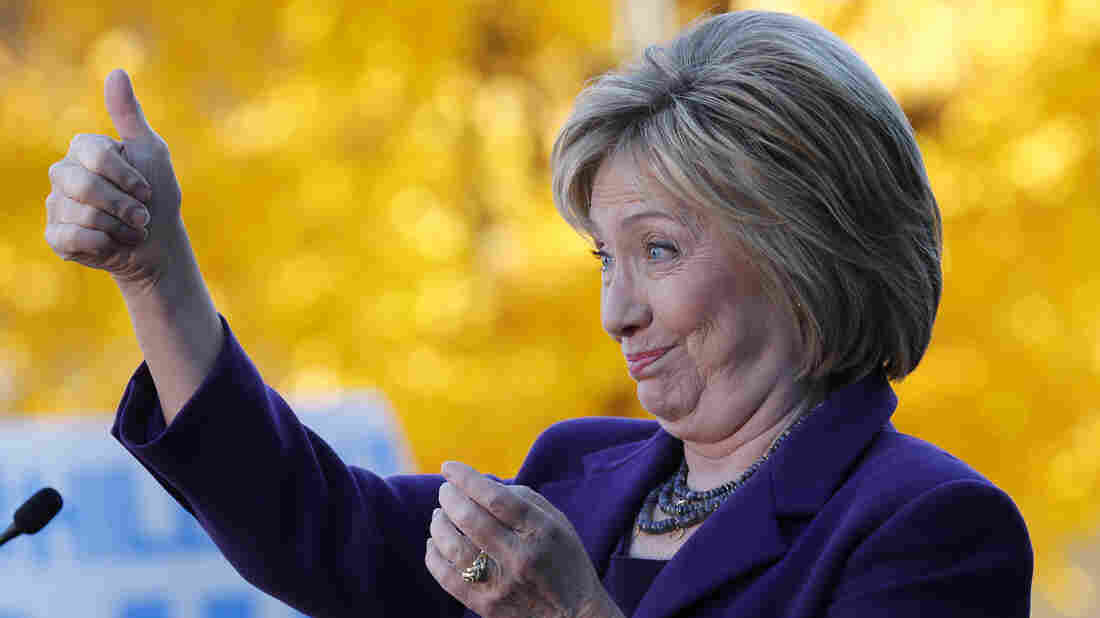 Hillary Clinton in New Hampshire, one of the early states she is vying for. She's neck and neck in polls there with Bernie Sanders of Vermont but leads in a big way nationally in endorsements. Jim Cole/AP hide caption 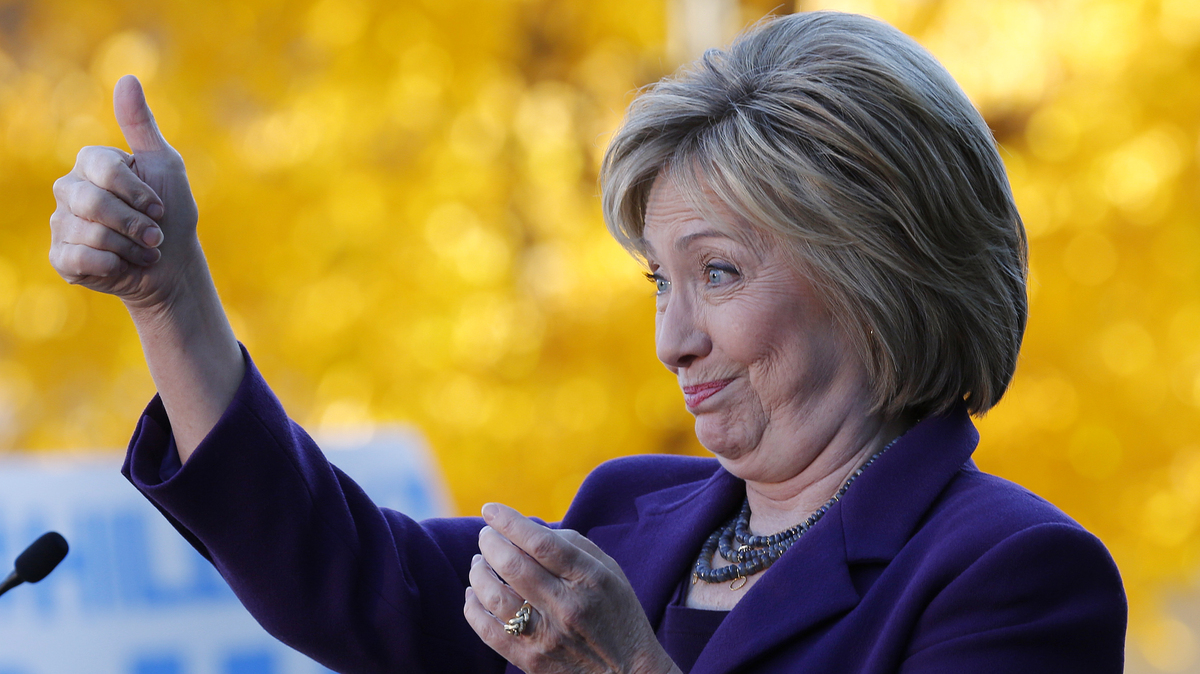 Hillary Clinton in New Hampshire, one of the early states she is vying for. She's neck and neck in polls there with Bernie Sanders of Vermont but leads in a big way nationally in endorsements.

"Front-runner" can be a tenuous word. But when it comes to at least one group, Hillary Clinton is far and away the leader — the Democratic Party establishment.

There's no better measure of that establishment than unpledged party leaders and elected official delegates, better known as "superdelegates."

Among this group, Clinton leads Vermont Sen. Bernie Sanders 359 to 8, according to an AP survey of the group that will help elect the nominee at the Democratic National Convention in July. Former Maryland Gov. Martin O'Malley has two people supporting him from this group.

AP was able to reach 80 percent of the 712 superdelegates; 210 delegates remain undecided.

It's true that Clinton also led in the superdelegate race in the 2008 presidential cycle and eventually lost to Barack Obama. But Clinton's support is far greater than what it was around this time in 2007.

Why it matters? The 712 superdelegates, though, are still only less than a third of the 2,382 total delegates needed to win the nomination. The rest will be determined, in part, by actual results in the primaries and caucuses. And superdelegates are not technically bound to vote for anyone (although, while there were some switchers in 2008, it's rare).

But these numbers mean Clinton has already gotten 15 percent of the delegates needed — two months before any voting has begun. In other words, Clinton starts with a 15 percentage point head start over Sanders.

What's more, superdelegates have a greater importance than raw numbers. That's because the way they lean, political scientists have found, is one of the best predictors of who will become the nominee.

What's The Worth Of A Star? Political Endorsements, And Whether They Matter

What's The Worth Of A Star? Political Endorsements, And Whether They Matter

"What's highly correlated with who becomes the nominee is the number of party elite endorsements a candidate has in the year before the election," UCLA political scientist Lynn Vavreck told NPR's Sam Sanders in a story last month. "The idea is not that anybody hears that someone has endorsed you and then that sways their vote. The idea is that party elites have a sense of who is viable and electable as a candidate. They have unique insider knowledge about this."

It's remarkable that this many would come forward — on the record — this early. In most cycles, many of the leaders wait until results in their states.

What accounts for this? The Clintons have a deep history with Democratic Party politics — Bill, of course, being a former president.

Sanders, on the other hand, has never been a registered Democrat and does not have the kind of party roots that the Clintons have. That has made it very difficult for Sanders to break through with the party elite.

Sanders would argue that the elites and the "status quo" are what's wrong with Washington.

It's their party — and they'll pick the nominee they want. But Sanders hopes to overcome the elite with grass-roots energy.

These numbers show just how much of a hole he starts in.