Accessibility links
Grief Knows No Native Tongue — But We Must Listen, Wherever It Speaks Less than a week since the death of a friend, and just days since the Paris killings, NPR's Michel Martin says the loss of life — be it in Beirut, Niger or even next door — must always matter. 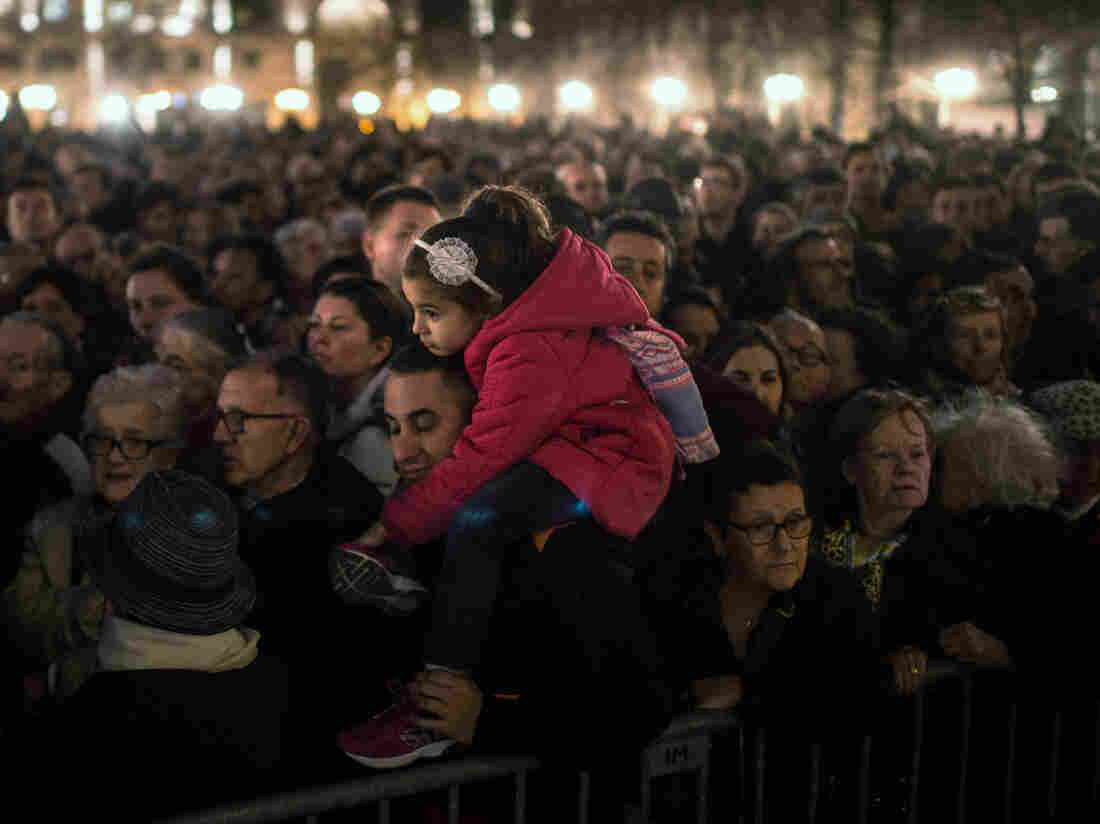 People gather outside of Notre Dame Cathedral in Paris, ahead of a ceremony for the victims of Friday's terrorist attacks. Even as we mourn for those lost in the violence, NPR's Michel Martin says, we should not forget the many who have died in similar attacks the world over. David Ramos/Getty Images hide caption 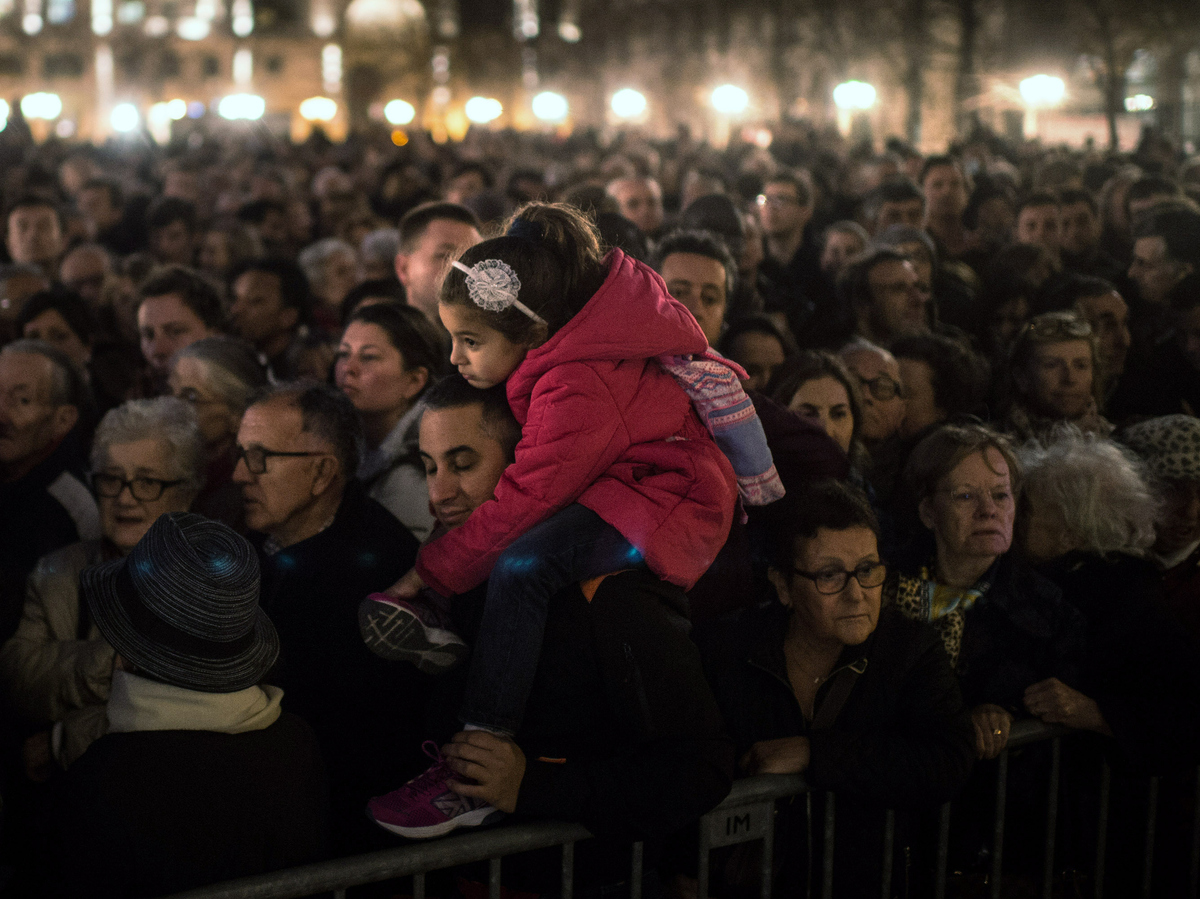 People gather outside of Notre Dame Cathedral in Paris, ahead of a ceremony for the victims of Friday's terrorist attacks. Even as we mourn for those lost in the violence, NPR's Michel Martin says, we should not forget the many who have died in similar attacks the world over.

Today I was thinking about a friend of mine — a teacher, a neighbor — who passed away earlier this week. Out of respect for her family's privacy, I won't call her by her name. But believe me when I say she will be missed — by her family, of course, but also by me and other neighbors, by my children and the many, many other children (and adults) she taught over the years. There was so much to cherish: her generous spirit, her quiet, consistent encouragement, her appreciation of all the different personalities that came into her life.

On Friday — the same day that Paris was attacked — a bomb exploded during midday prayers at a mosque in northwestern Yemen, according to Reuters, killing several worshipers and injuring others. Also on Friday, ISIS claimed responsibility for a suicide attack at a funeral in Baghdad, which killed at least 18 people and wounded more than 40. The funeral was for a Muslim man who had been part of a militia trying to get ISIS out of the country's north and west.

There's more: On Thursday ISIS also took responsibility for a double attack in southern Beirut, one that killed at least 45 people and wounded 200 others. The group said in a statement on Twitter posted by its supporters that their members blew up a bicycle loaded with explosives on a busy street. And when people rushed to help, a second suicide bomber's explosives went off, killing and wounding yet more people. Eyewitnesses say there would have been even greater carnage if a Beirut man, out on a stroll with his little girl, had not tackled the second suicide bomber, pushing the attacker away and taking much of the impact of the second bomb onto himself.

And on Wednesday, nine people were killed in a terrorist attack in Egypt's north Sinai. According to news reports, a group opened fire at a family home and then blew up a car bomb near it. Most of the victims were members of a single family, including two children under 3 years old.

There's more I could add to this terrible list — an alleged attack on a village in Niger by the Nigerian terrorist group Boko Haram on Wednesday, the murder of three Turkish police officers in a bomb attack on Tuesday — but you get the point.

Paris calls out to us because many of us have been there or wish to go. For many of us, it is the city of our dreams. But there is terrible violence being perpetrated all over the world, in places many of us will never visit, by some of the same people and the same ideology that led to the massacres in Paris.

But their lives matter. They matter because when we draw the line between those near and far, and those who look like us and those who don't, those whose names we can easily pronounce and those which we cannot, we participate in the same kind of dehumanizing that allows people to do such awful things to each other in the first place.

Getting back to my neighbor, I'm not sharing her name. But later, I'm going to drop off a card, and some food, and my best wishes for her family. And when I do, I will try to remember another name: the name of the man who is credited with saving unknown numbers of lives in Beirut last week by tackling a suicide bomber. His is Adel Termos. I will try to remember it.