Accessibility links
Before Bernie Sanders, There Was This Socialist Candidate Eugene V. Debs, who went to prison for his socialist beliefs, gave a famous speech in Ohio in 1918 urging resistance to the World War I draft. 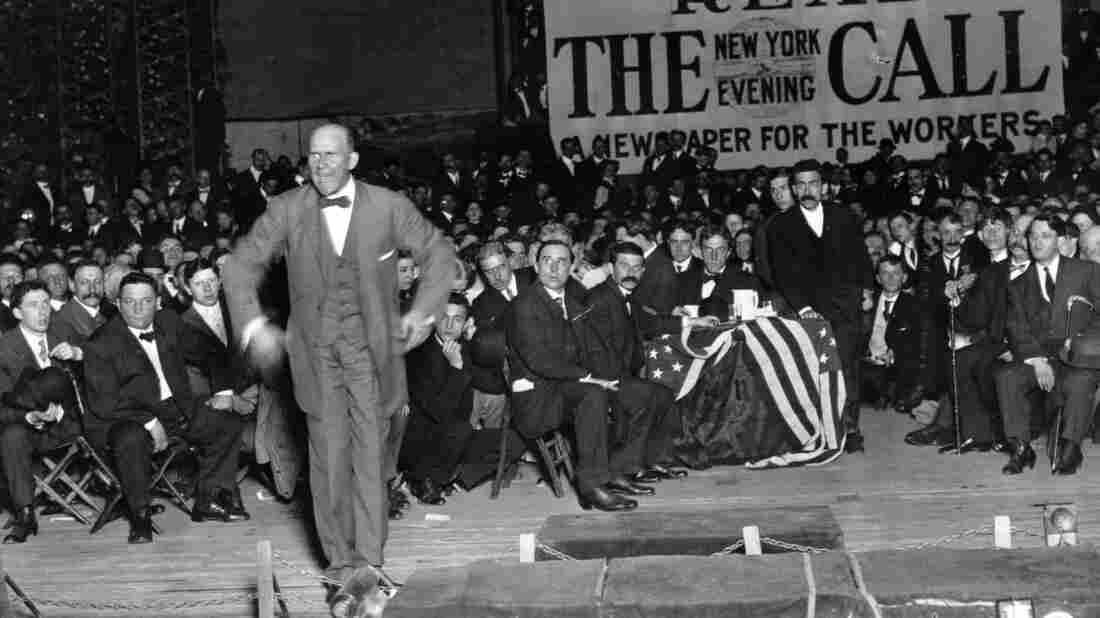 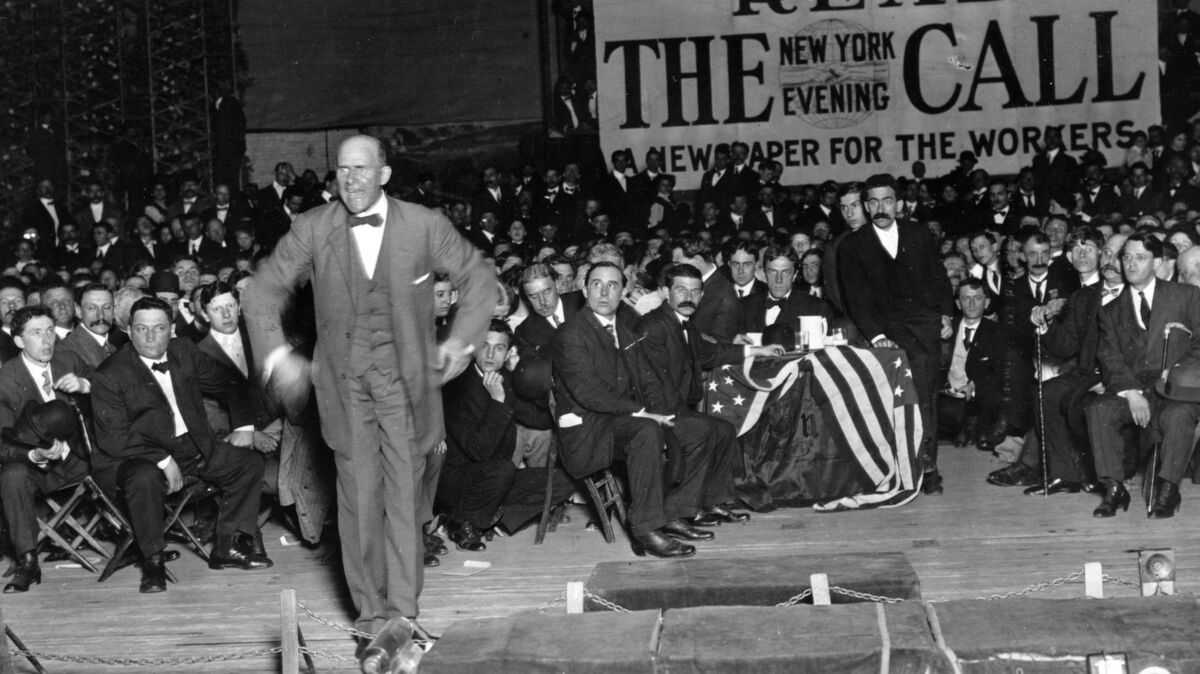 When Bernie Sanders took the stage at Cleveland State University on Monday night, he wasn't the first Democratic Socialist candidate for president to speak in Northeast Ohio. At this point, he's not even the most historic.

That distinction goes to Eugene V. Debs — originally a Democrat, then labor leader, founder of the Industrial Workers of the World and a repeated presidential candidate for the Socialist Party of America. President Woodrow Wilson, and the U.S. Supreme Court, decided he was a traitor.

In June of 1918, Debs gave a speech about an hour south of Cleveland in Canton. He urged resistance to the World War I draft, spoke about labor and a theme that has remained popular — Washington politicians:

"I wish to say for myself I never had very much faith in leaders anyway. I am willing to be charged with almost anything rather than be charged with being a leader. I am suspicious of leaders, especially all the intellectual file. Give me the rank and file every day in the week. Go to the City of Washington and consult the files there and you will find that the corporation lawyers, members of congress and misrepresentatives of the masses — all of them claim that they have risen from the ranks. I am so glad that I cannot make that claim for myself."

By fall, he was convicted of sedition in a court in Cleveland.

Here's part of his famous speech at his sentencing.

The speech won him a lot of praise, but didn't sway the judge, who sentenced him to 10 years in prison. Debs lost his appeal to the Supreme Court. And in 1920, he ran for president for the fifth time — from prison.

Read more of the speech, via the National Archives, here.