Accessibility links
4 Things To Know About The Vetting Process For Syrian Refugees The Paris attacks have ignited a debate over whether Syrian refugees should be allowed into the U.S. Refugees are vetted by various agencies, but several state officials have cited security concerns. 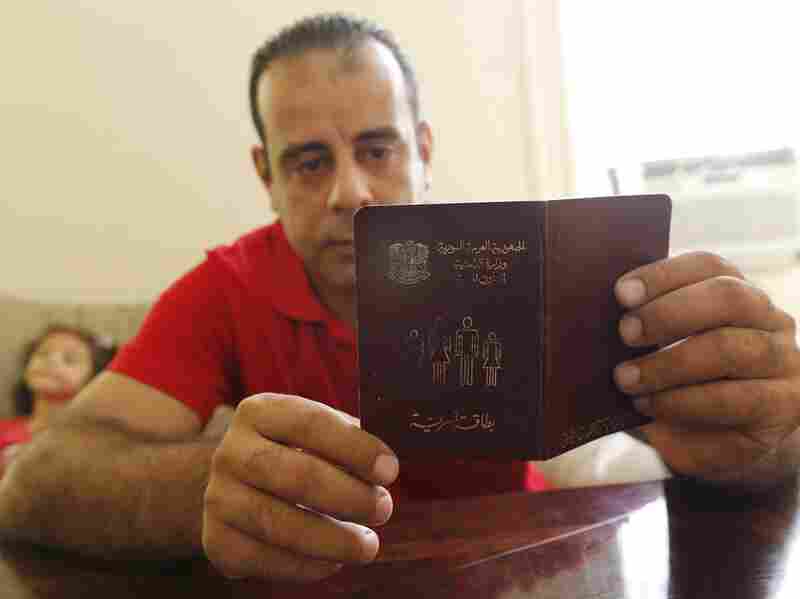 Syrian refugee Hussam Alroustom, who fled with his wife and two young children, looks over a booklet with identification information in his family's apartment in Jersey City, N.J., in September. The U.S. has resettled around 1,800 refugees from Syria in the past two years. Julio Cortez/AP hide caption 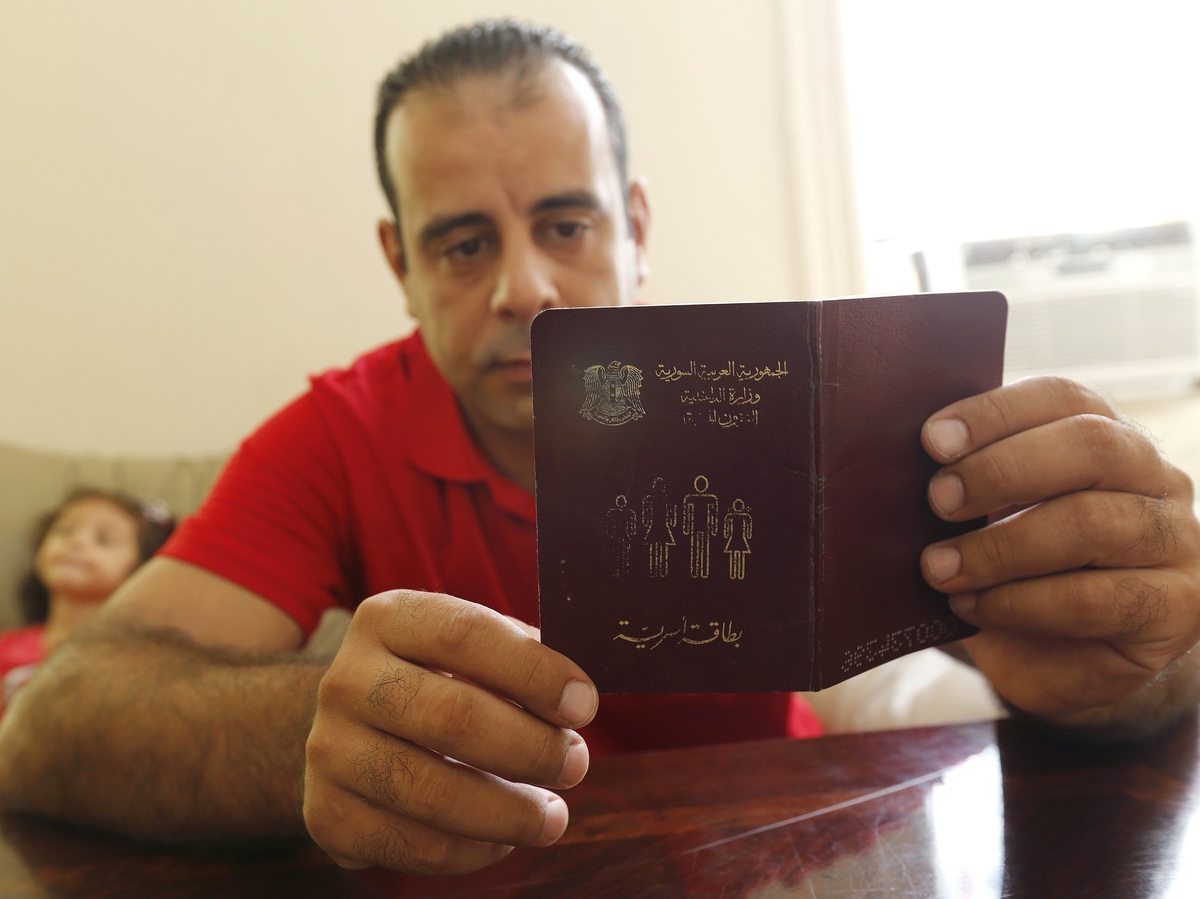 Syrian refugee Hussam Alroustom, who fled with his wife and two young children, looks over a booklet with identification information in his family's apartment in Jersey City, N.J., in September. The U.S. has resettled around 1,800 refugees from Syria in the past two years.

With the news that one of the Paris attackers may have entered Europe posing as a refugee from Syria, more than half of American governors are now objecting to Syrian refugees being resettled in their states. On Tuesday, White House officials hosted a call with 34 governors to better explain current security screening measures. And this week, some members of Congress have called on the Obama administration to stop or at least pause the resettlement program until refugees can be properly vetted. Here are four things you should know about the current vetting process and concerns over security:

Their first point of a refugee's contact is with the U.N. High Commission for Refugees. The UNHCR refers people to countries based on whether they have any family members there and where resettlement makes the most sense, say U.S. officials. If that's the U.S., then refugees are vetted by the National Counterterrorism Center, the FBI's Terrorist Screening Center, and the Departments of State, Defense and Homeland Security. Fingerprints are taken, biographical information is collected. They are then each individually interviewed by U.S. officials trained to verify that they're bona fide refugees.

Refugees from Syria are then subject to additional screening that looks at where they came from and what caused them to flee their home, stories that are checked out. All of this occurs before a refugee is allowed to set foot in the country.

As you might imagine, all of the vetting, from interviews to fingerprinting, takes a while. On average, officials say it's 18 to 24 months before a refugee is approved for admission to the U.S.

The U.S. has admitted some 1,800 Syrian refugees in the past two years, and President Obama wants to allow 10,000 more. The administration says half of those who have been admitted are children and about a quarter of them are adults over 60. Officials say 2 percent are single males of combat age.

There are nine different nonprofit groups, six of them faith-based, that help refugees settle in the U.S. Volunteers with the groups help refugees find homes, furniture, school supplies and jobs.

4. Objections of governors and members of Congress.

Some officials, including FBI Director James Comey, worry there are what Comey has called "gaps" in the vetting process. Experts say U.S. intelligence in Syria isn't very good, because the U.S. lacks much of a presence on the ground. So there's no way to compile a thorough watch list of possible terrorists from Syria against which refugees can be checked. Administration officials are briefing governors and members of Congress about the process, but lawmakers may try to pass legislation calling on the administration to suspend its refugee resettlement efforts.