Accessibility links
Obama Administration Briefs Governors On Refugee Screening Thirty governors have expressed opposition to resettlement of Syrian refugees over security concerns in the wake of the Paris terrorist attacks. 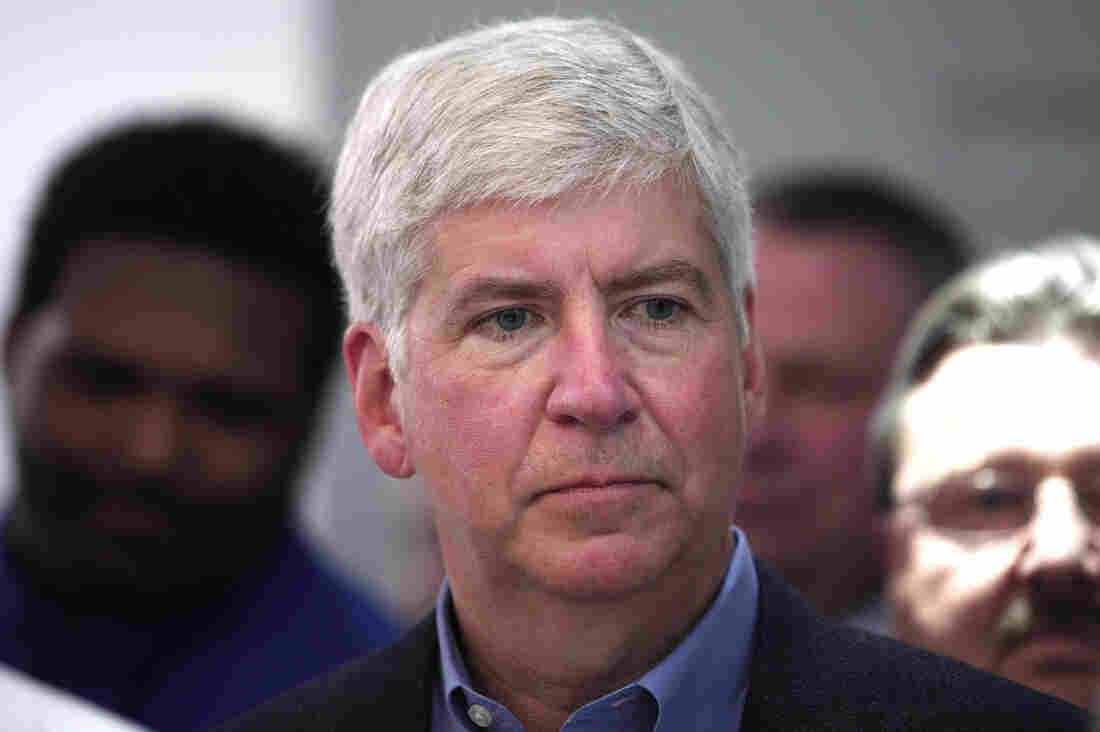 Gov. Rick Snyder, R-Mich., is one of 30 governors to oppose the continued resettlement of Syrian refugees in the U.S. over security concerns. He joined a call with Obama administration officials Tues. Bill Pugliano/Getty Images hide caption 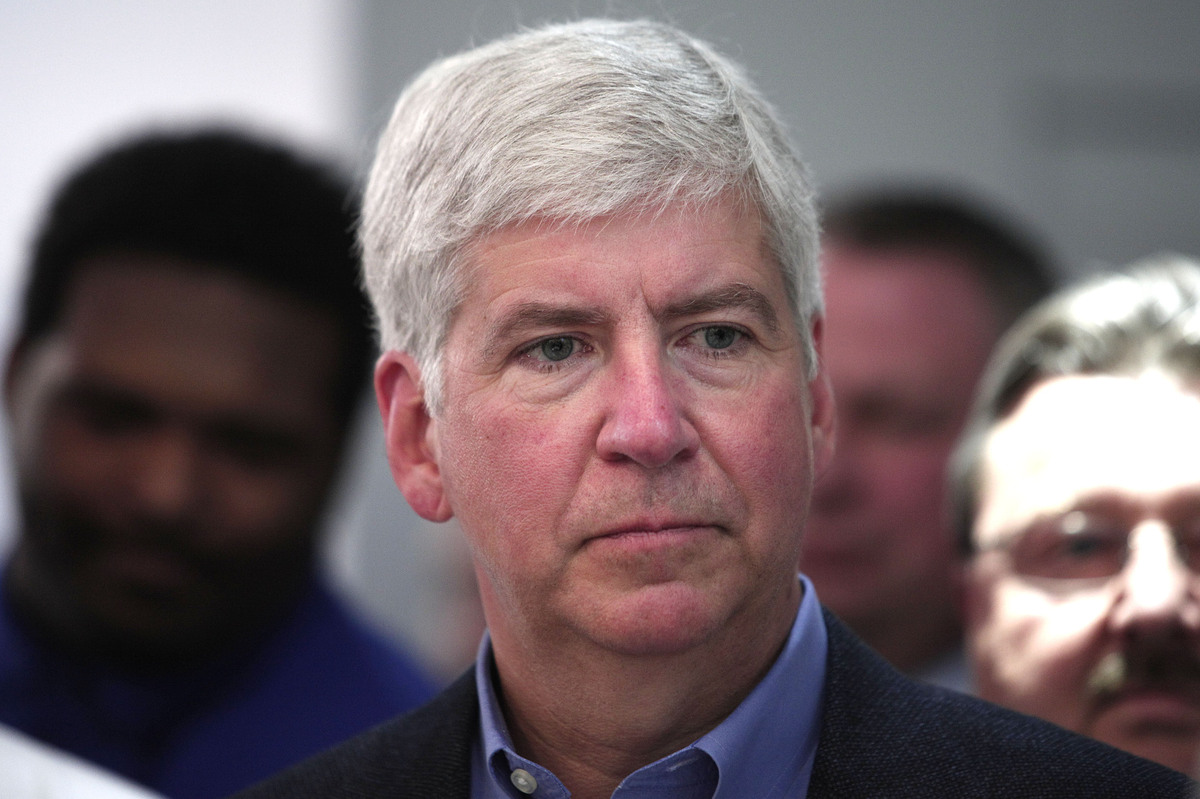 Gov. Rick Snyder, R-Mich., is one of 30 governors to oppose the continued resettlement of Syrian refugees in the U.S. over security concerns. He joined a call with Obama administration officials Tues.

The Obama administration is working to stem the backlash against its plans to resettle Syrian refugees in the United States.

As of late Tuesday, 30 governors — 29 Republicans and 1 Democrat — had expressed opposition to bringing in refugees after European officials confirmed one of the terrorists who attacked Paris last week was a Syrian who had registered with E.U. officials while traveling through Greece seeking asylum.

Over nearly 90 minutes, the White House says, there was "an extensive question and answer session among the governors and Administration officials."

A spokesperson for Michigan Gov. Rick Snyder, one of the governors who asked the federal government not to bring refugees into his state until security procedures were reviewed by the Department of Homeland Security, tells NPR's Don Gonyea that Snyder "thought it was helpful to hear in much greater detail the work on screening and security procedures."

Earlier in the day, a background call was held for reporters. Senior administration officials explained that the screening process for all refugees includes an intra-agency effort involving law enforcement and intelligence officials. All biographical and biometric data available are reviewed. There is more intense screening for refugees from Syria, the officials said. That includes lengthy interviews conducted by specially trained staff.

Fewer than 2,000 Syrian refugees have been admitted into the U.S., a point of contention with European countries that have brought in hundreds of thousands of refugees from across the Middle East and Africa.

Administration officials say that, on average, it takes 18 to 24 months for a Syrian refugee to be granted passage into the U.S. Secretary of State John Kerry announced a plan in September to bring 10,000 Syrian refugees into the U.S. over the next year.

The refugee program is managed by the federal government, as is immigration policy. So it's not clear that any governors have the power to actually block refugee resettlement, as some have pledged to do.

At a press conference in the Philippines early Wednesday, President Obama maintained a harsh tone, pushing back against comments from GOP presidential candidates about security concerns over refugees.

"We are not well served when, in response to a terrorist attack, we descend into fear and panic," Obama said. "We don't make good decisions if it's based on hysteria or an exaggeration of risks.

In an op-ed for Time on Tuesday, Snyder wrote in part, "Our state must be open to the people looking to rebuild shattered lives." But, he wrote, "We must never confuse the people who look to us for safety and opportunity with those who wish to do us harm."

Michigan has a large Arab-American population, and in the past Snyder has called himself the "most pro-immigration governor in the country." So his announcement about Syrian refugees surprised many and caused criticism in his home state.

Snyder is requesting more information to be passed from federal to state authorities, echoing calls of other governors for more information from the Obama administration about refugees being brought to their states. His press secretary added "that Michigan stands ready to work with them on that process."

The White House said that some governors asked for more communication so that they "are able to better respond to questions from the public about the refugee screening and resettlement process."