Accessibility links
Gray-Haired Granny? An 85-Year-Old Writer Goes Punk Rock Instead When novelist Anne Bernays became a great-grandmother, she dyed her hair bright blue. She says young people tend to treat the elderly as if they're dumb, "whereas I feel like I'm still a teenager." 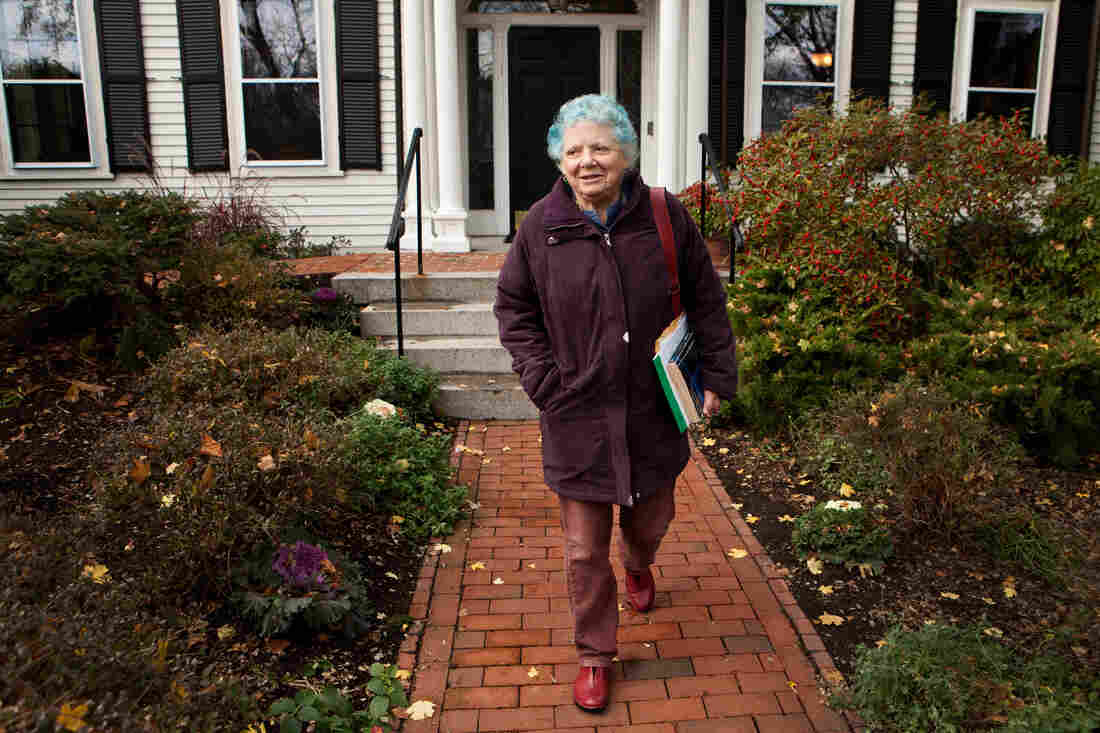 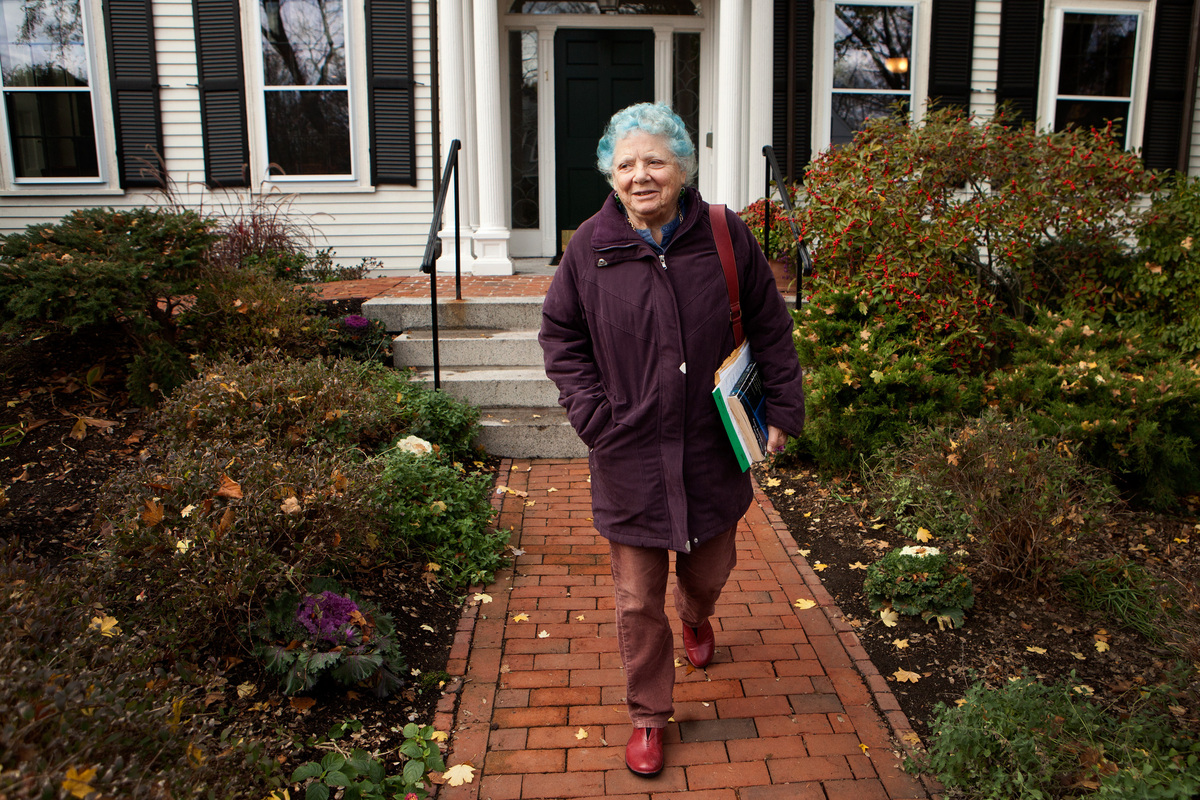 For the ongoing series The Changing Lives of Women, Morning Edition is exploring aging. We asked 85-year-old novelist Anne Bernays to reflect on the role of a woman's appearance as she grows older.

Along about the time I became a great-grandmother I dyed my white hair blue. Not a wussy "blue-rinse" blue, but eye-stabbing, punk-kid blue. At the time, I didn't do any soul-searching. I just thought, What the hell, why not?

I was surprised by how this turn went over; everyone seemed to approve it. Grouchy people smiled at me. An older woman stopped me on the street to shake my hand. I was sort of like the dog who stands up at the piano and plays "Melancholy Baby." (For you young folks, that's a reference to an ancient smutty joke.)

Now, after some introspection, I realize that I was protesting the passage of my own time here, highlighted by the great-grandmother thing. In our peculiar culture, beauty does not, as Keats claimed, equal truth. It equals youth.

While young people sparkle like diamonds, old folks are invisible — except, as I discovered, if you have bright blue hair. 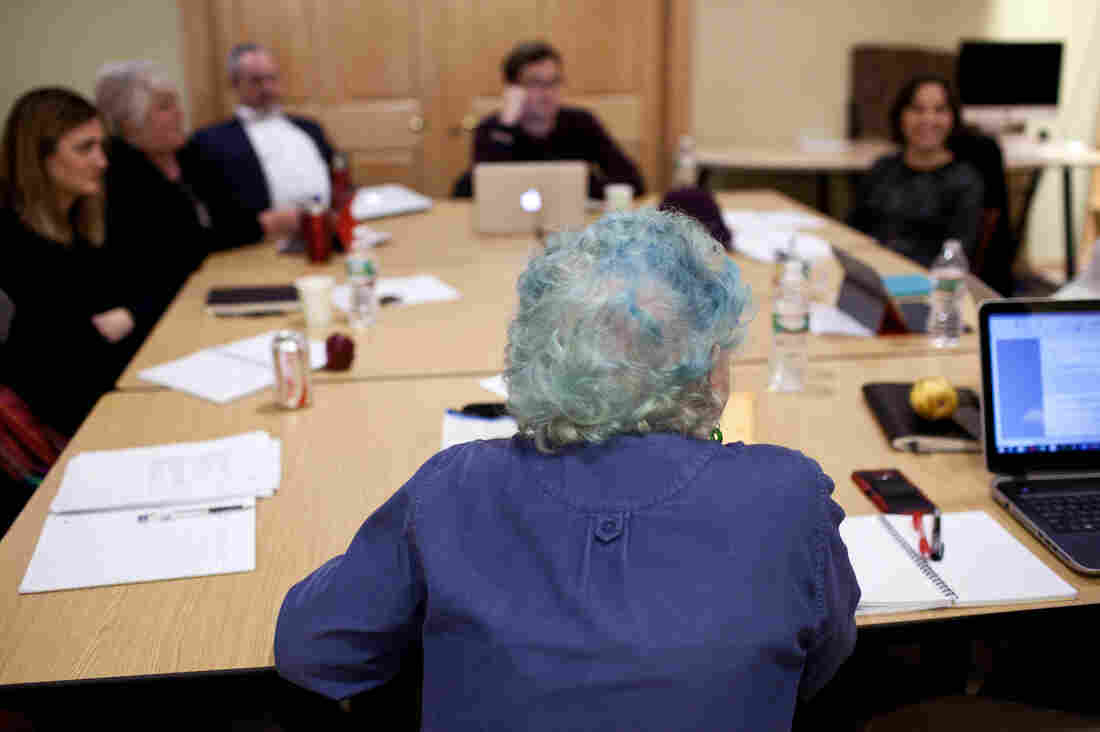 Bernays teaches a fiction writing class to Nieman Foundation fellows at Harvard University in Cambridge, Mass. It was a writing student who inspired her to try a bold new hair color. Kayana Szymczak for NPR hide caption

I once knew a woman who was so worried that her fiance would find out she was three years older than he, that she hid her yearbooks and continued to lie to him. Pathetic, right? Probably, but it's only an extreme example of our dread of showing our age. Sadly, vanity and its companion, the compulsion to shave years off your age, do not go away as you get older.

Didn't Nora Ephron write a whole book about her neck? Didn't Marlene Dietrich seal herself up in an attic room and refuse to see anyone when she discovered her beauty had deliquesced?

I always looked younger than I actually was — a lucky throw of the genetic dice. But even if you do happen to look your age, why spend your hard-earned money getting sliced and diced, shot in the forehead with embalming fluid and contributing to the cosmetic surgery industry — worth $11 billion last year? Because we're all afraid to show our age. 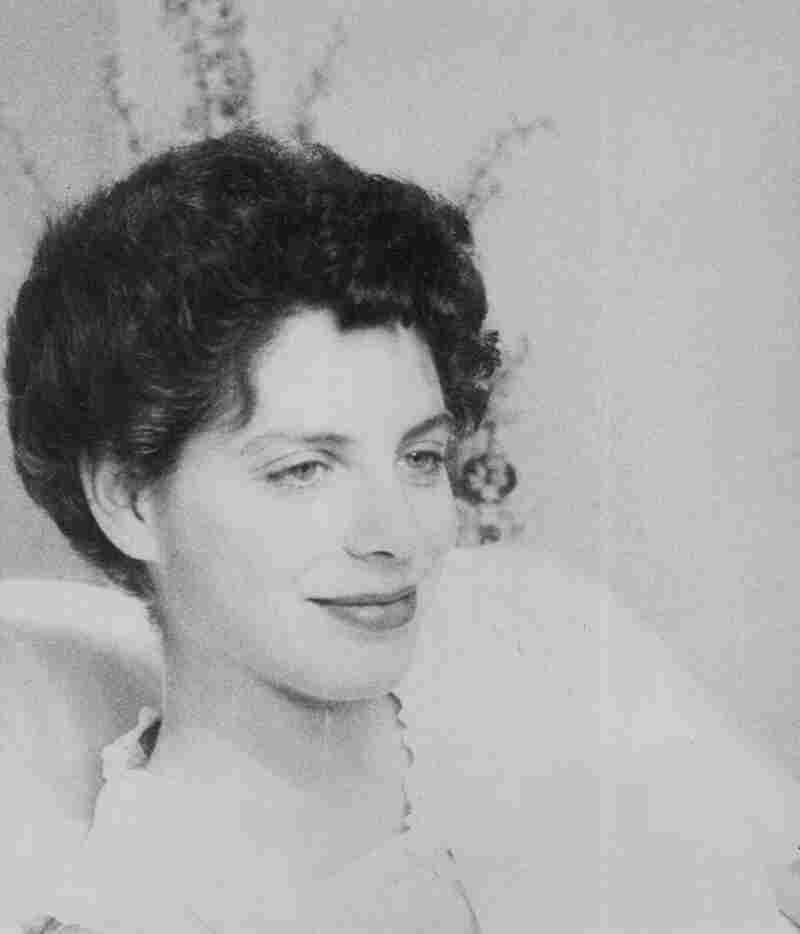 A photo of Bernays taken by her late husband, Justin Kaplan, in 1957, the day after Bernays gave birth to their first child, a daughter. Courtesy of Anne Bernays hide caption

A few years ago someone asked me if I'd just had a face-lift, and I was thrilled. Hard-headed, realistic I may be, but I'm fundamentally as vain as the next woman. I won't go to the market without first putting on lipstick.

Is this fixation wired into the human female? If so, then we don't have to feel guilty about it. If not, then why do we behave as if our appearance trumps kindness, intelligence, imagination, enthusiasm and humor?

I have no answers. When I was in my 20s, a much older woman told me, "Darling, your feet will be the last thing to go." She was wrong: toenail fungus. As for my hair, it's been thinning for more than 10 years, and there's a largish pink spot on the back of my head. Eyebrows and eyelashes? Gone without a trace.

I was lumpy at 11; at 85 I'm lumpy again. Of course I mind — but not all that much. I consider myself ahead of the game: I can still make the bed, walk around without mechanical assistance and instruct a roomful of students. And I just bought a second jar of hair dye, "Lagoon Blue," and plan to have it in place for the holidays.

Anne Bernays is the author of 10 novels and teaches writing at Harvard University. She has three children, six grandchildren and one great-grandchild.