Accessibility links
Jeb Bush Proves Money Isn't Everything In Politics His campaign has vastly outraised and outspent GOP rivals. But to what end? 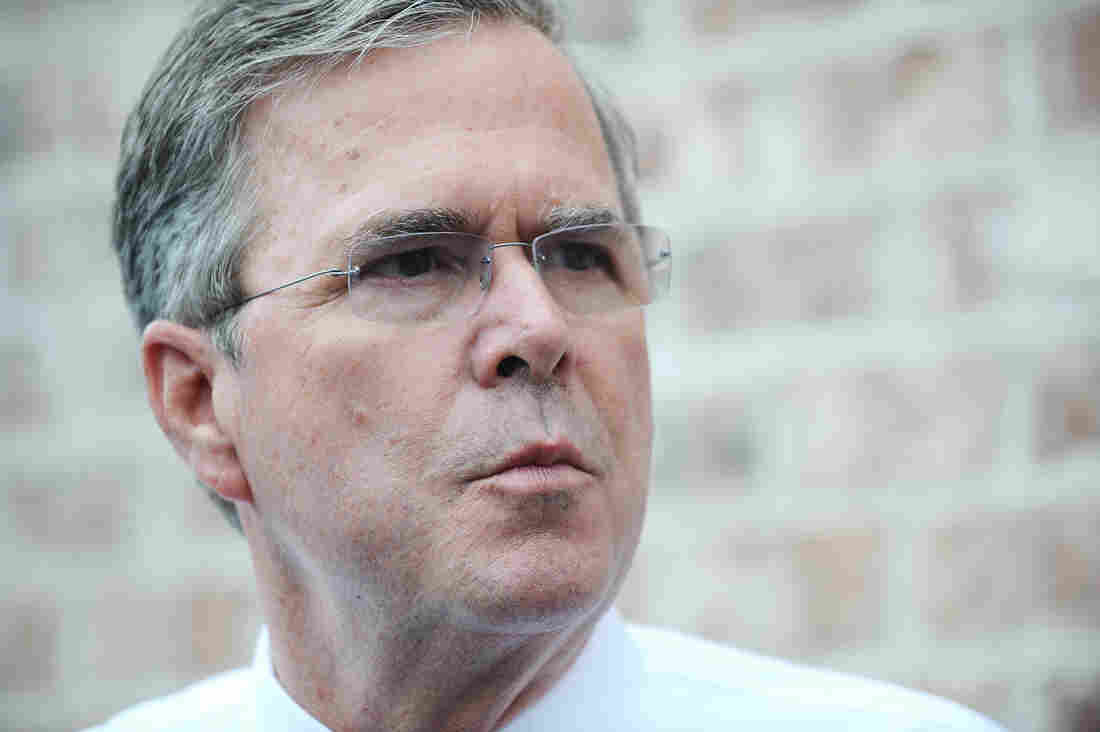 Despite spending more than double the amount of any other candidate, Florida Gov. Jeb Bush lags in the presidential race. Rainier Ehrhardt/AP hide caption 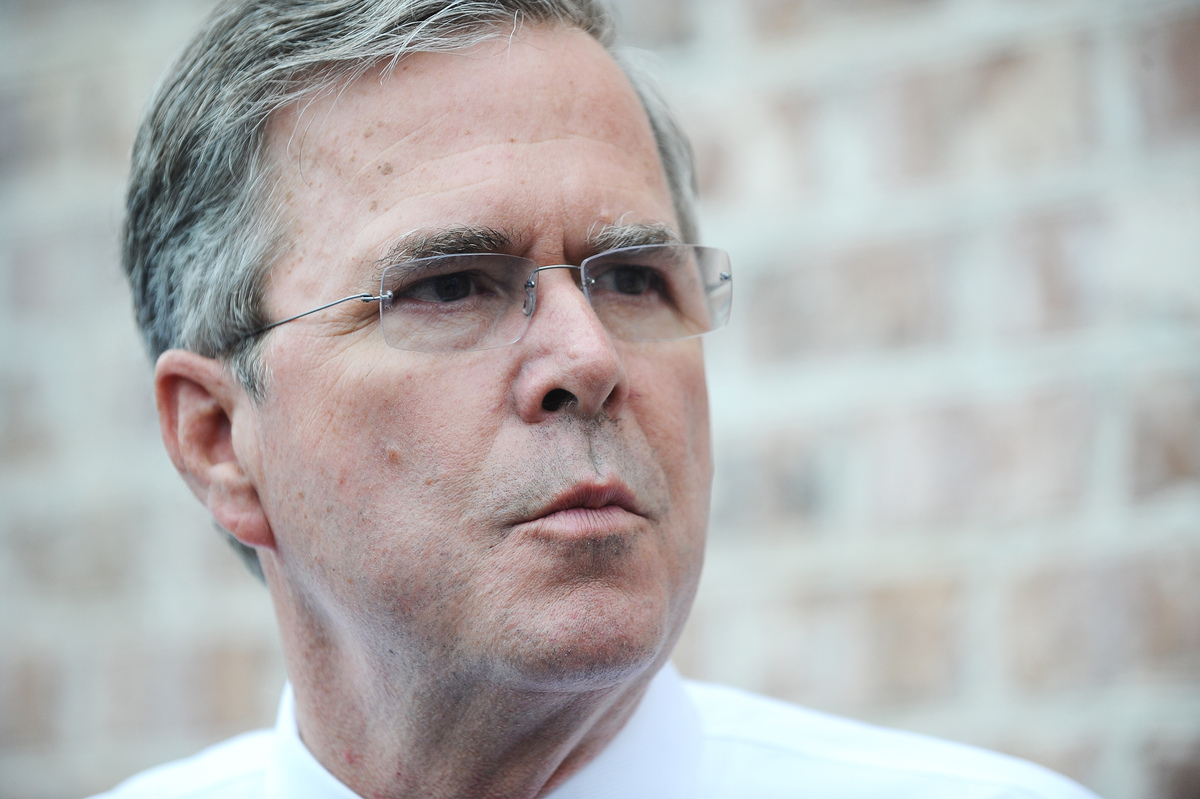 Despite spending more than double the amount of any other candidate, Florida Gov. Jeb Bush lags in the presidential race.

The superPAC backing Jeb Bush seemed to have everything it needed. It went into the primaries with the most money by far. Right to Rise USA had raised $103 million by June 30, with plenty of help from Bush before he officially announced his candidacy and could no longer legally ask for big contributions.

In September, Right to Rise put the money to work, announcing it would buy $24 million worth of TV ads in the first three nominating states: Iowa, New Hampshire and South Carolina. 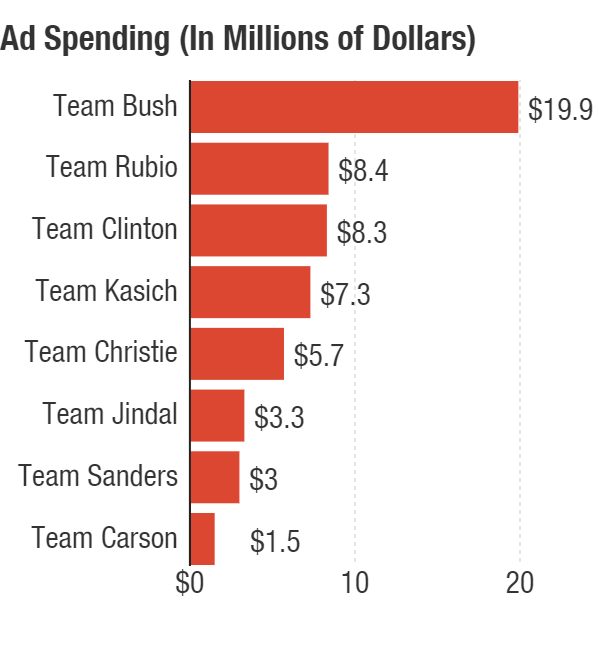 Two months later, the media-buying firm SMG Delta says Right To Rise has spent $19.5 million in those three states, and the Jeb 2016 campaign has spent an additional $438,500. The analysis was reported by NBC News. SMG Delta said it was more than double the spending of any other presidential campaign or superPAC.

But Bush didn't get the intended result. On Labor Day, the Real Clear Politics average of national polls had him running third, at 9.3 percent. The latest RCP poll average has him at 5.3 percent this month. That's fifth place, behind Donald Trump, Ben Carson and Sens. Marco Rubio and Ted Cruz.

Bush trails Rubio, his home-state rival, by 7 points. Adding insult to injury, Politico reported this week that despite being vastly outspent by Bush, Rubio is getting more ads on TV for less money. Then, on Wednesday, Rubio scored the support of GOP megadonor Frank Vandersloot, a top supporter of Republican nominee Mitt Romney in 2012.

That may explain why, as the New York Times reported Wednesday, Right to Rise is taking aim at Ohio, where GOP candidate John Kasich is governor. The primary isn't till March 15, but Bush, a former governor of Florida, and Kasich both fit the profile of experienced, establishment Republicans. And Kasich is running on Bush's heels. Right to Rise told the Times that Ohio will get three weeks of TV and direct mail starting later this month.

Outside groups for Kasich and Rubio have much smaller budgets. Two groups backing Kasich have spent $7.3 million so far on TV ads, according to SMG Delta. A 501(c)(4) "social welfare" group backing Rubio has put $8.4 million into TV. Unlike the superPACs, the pro-Rubio social welfare group will never have to disclose its donors.