Accessibility links
For Family Of Tamir Rice, An Inauspicious Anniversary One year ago this weekend, the 12-year-old was fatally shot by a police officer. The prosecutor is promising transparency, but activists have grown impatient while waiting for a grand jury decision. 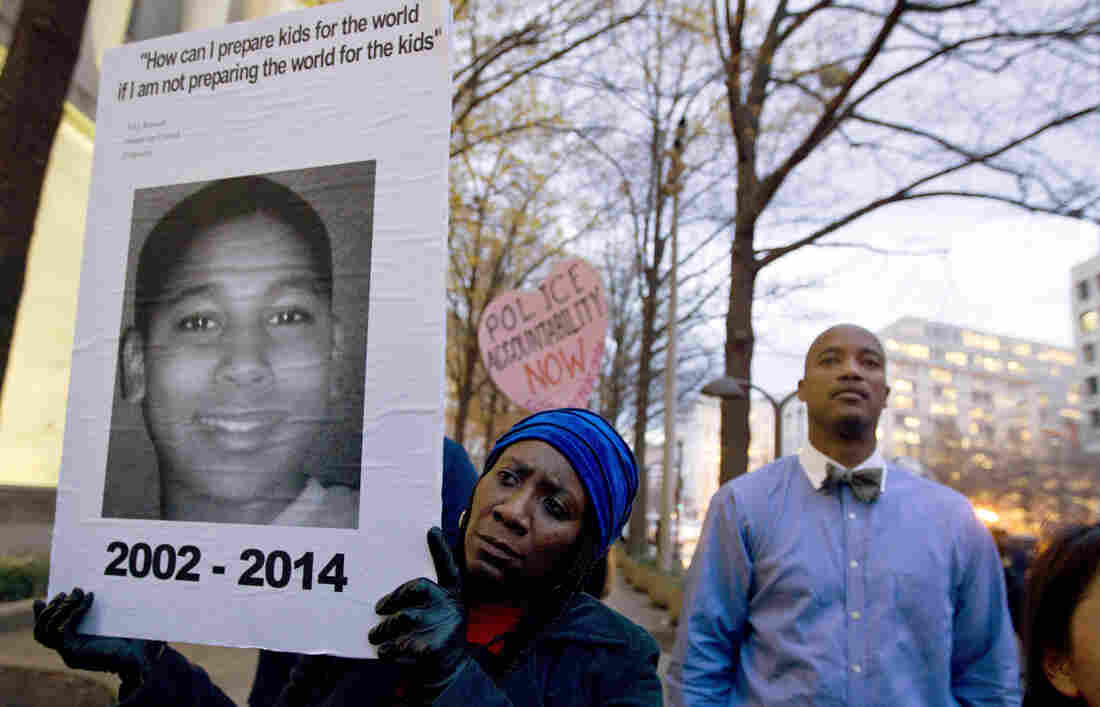 In a photo taken Dec. 1 of last year, Tomiko Shine holds up a picture of Tamir Rice during a protest. It has been nearly a year since then, but a grand jury has not reached a decision on the case. Jose Luis Magana/AP hide caption 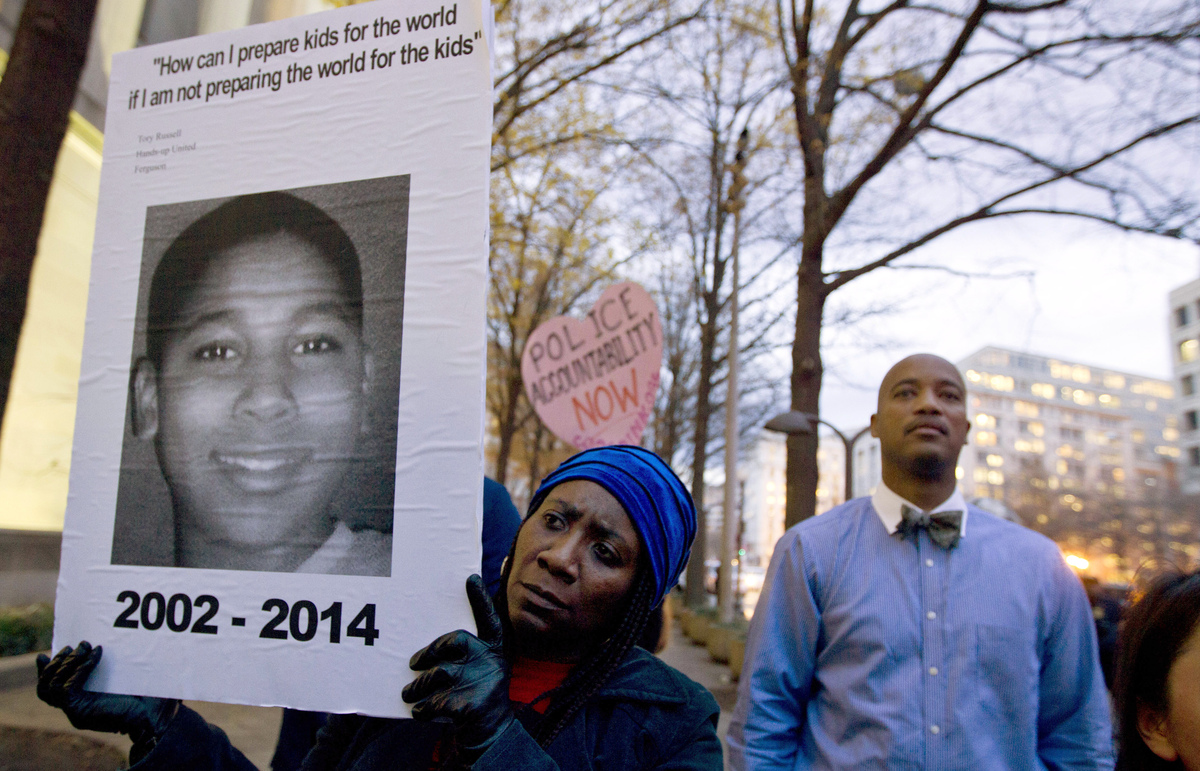 In a photo taken Dec. 1 of last year, Tomiko Shine holds up a picture of Tamir Rice during a protest. It has been nearly a year since then, but a grand jury has not reached a decision on the case.

On a Saturday afternoon last year, Tamir Rice was playing with an air gun at a park on the west side of Cleveland. Someone called the police, mentioning in the process that the gun could be fake.

Soon afterward, police drove onto the grass within feet of 12-year-old Tamir. Investigators say surveillance shows Tamir reaching toward his waistband and lifting up an outer garment. Within seconds Officer Timothy Loehmann stepped out of the passenger side and fired two shots, striking Tamir once in the abdomen. Tamir Rice died early the next day.

Now, one year later, many have been left guessing when this case will be resolved. Over the past few weeks, prosecutors have been presenting the case to a grand jury to determine whether the officer should face charges. But Tamir's family, attorneys and some activists say they've completely lost faith in the process.

Griffin was trying to enlist volunteers to walk with protesters and keep an eye on any demonstrations. But as the city prepares for the possibility of no indictment, residents like Shirley Reeder are deeply skeptical.

"The fact that it took so long, No. 1," Reeder says, explaining why. "Baltimore, every other city that had that type of incident, there was something done within at least 90 days."

That may not be entirely accurate, but it is true that in many other high profile cases involving police — from Ferguson, Mo., to North Charleston, S.C. — grand juries made decisions within a year.

Not so in Cleveland. Another case here has also reached an anniversary: Last November, a woman named Tanisha Anderson died as police were taking her into custody. That, too, is still under investigation.

Tamir Rice's shooting was investigated for months before prosecutors took it to a grand jury. And over the past few weeks, the prosecutor released three expert reports — all concluding that Officer Loehmann acted reasonably in shooting.

Tamir Rice's mother, Samaria, told supporters and media last month she wants an independent prosecutor to take over the case. "Do you all think that the killing of my child was constitutionally justified?" she said at the news conference. 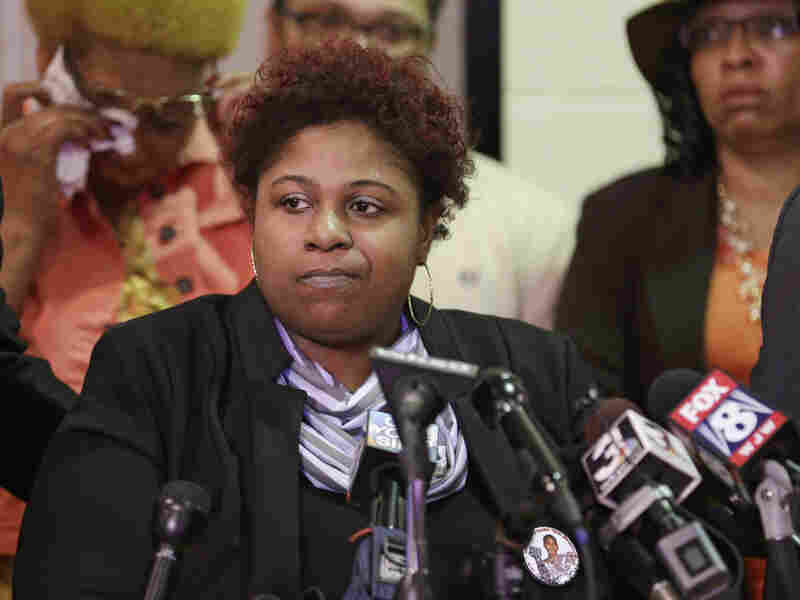 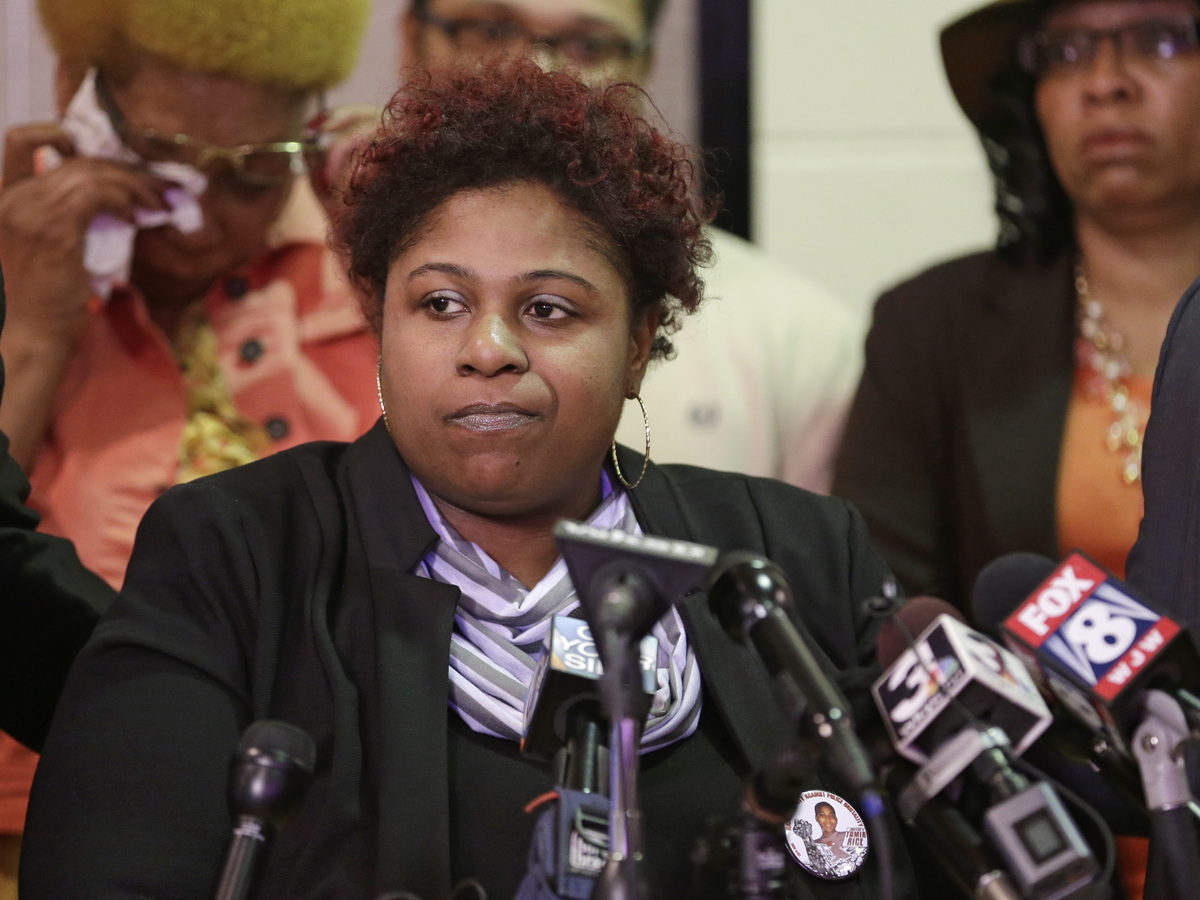 But Cuyhoga County Prosecutor Timothy McGinty has shown no signs of stepping aside, insisting he's releasing these reports in the spirit of transparency. At a recent neighborhood meeting, McGinty said he'll publish every report he receives.

"We'll release any report as I receive them. Period. I'm not telling these experts what to say. They speak for themselves," McGinty said.

An attorney for the Rice family, Subodh Chandra, rejects this tactic, accusing the prosecutor of cherry-picking experts and releasing their conclusions.

"First of all, to go out and solicit highly biased, pro-police, defense-oriented expert reports, so-called expert reports," Chandra says. "Second, to have those reports be so selective in their treatment of the facts."

He says more weight should be given to how quickly the situation led to gunfire. He's also urging McGinty to present to the grand jury an opinion written this summer by a city judge, who said there was probable cause to charge the officers.

Thaddeus Hoffmeister, a law professor at the University of Dayton, takes the release of reports as a sign that the grand jury probably won't be indicting the officer. And he says the prosecutor is handling this case very differently from normal.

"Take a random theft case, or a random drug case," says Hoffmeister. "Would they scour the country to find someone to support the person being investigated? They don't do that. That's not what prosecutors do."

For now, though, it's still in the hands of a closely watched grand jury.