Accessibility links
Governor Who Started Stampede Against Refugees Says He Only Wants Answers Michigan Gov. Rick Snyder, a self-described pro-immigration Republican, was the first to ask for a pause on Syrian refugees to be relocated to his state.

Listen · 7:24 7:24
Governor Who Started Stampede Against Refugees Says He Only Wants Answers 7:24 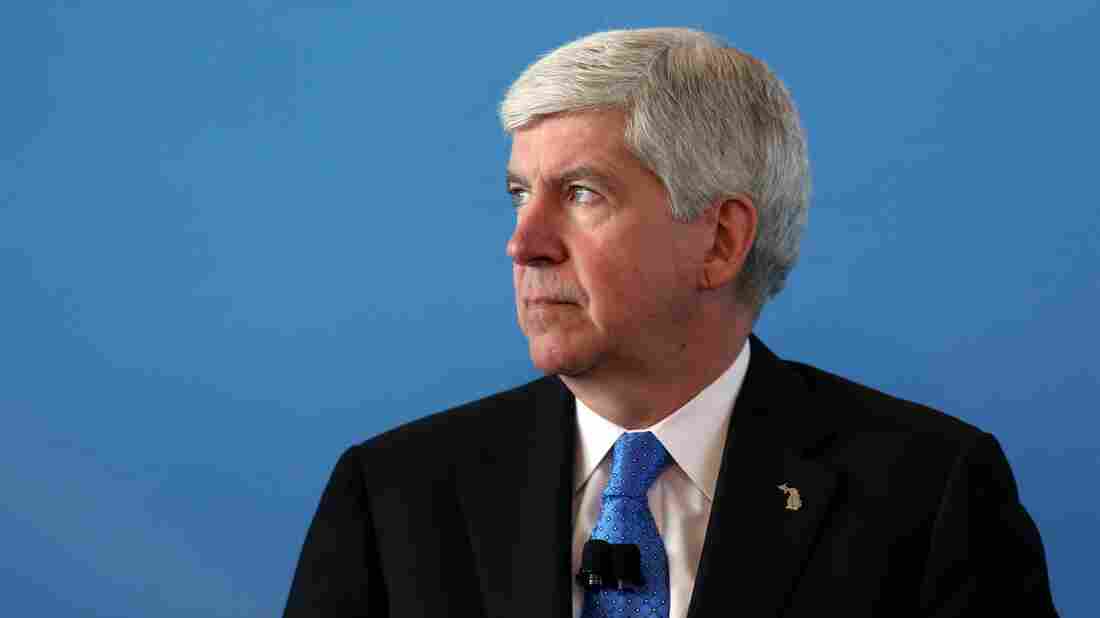 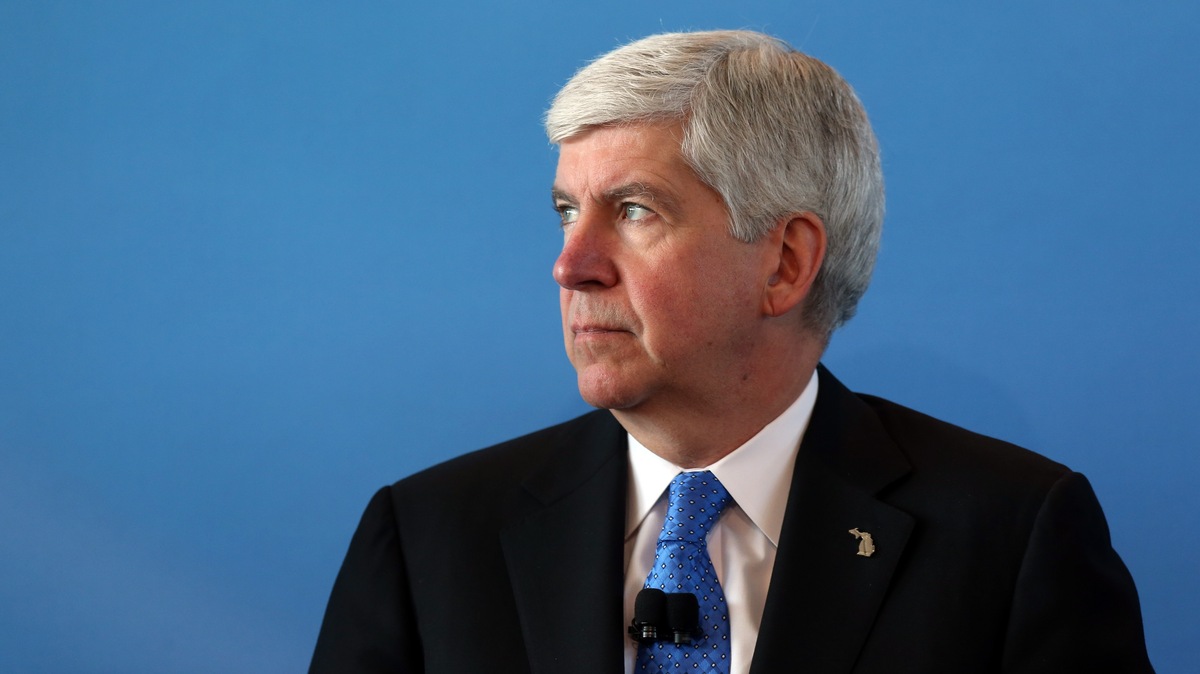 Michigan Gov. Rick Snyder was the first governor to ask for the federal government to stop relocating Syrian refugees to his state in the wake of the Paris attacks.

Michigan's Rick Snyder was the first governor to urge a pause in admitting Syrian refugees into the United States. He triggered a national debate about refugee resettlement, and insists now that he only wants answers. The Republican has described himself as "the most pro-immigration governor in the country," but he argues the caution he wants the U.S. to show doesn't conflict with the compassion thinks should be shown to refugees.

More than two dozen governors have followed in Snyder's lead in calling to exclude Syrian refugees from being resettled in their states in the wake of last week's attack in Paris. But many have used much tougher rhetoric than his, linking the Syria-based Islamic State with terrorists.

A Tennessee legislative leader suggested refugees already in his state should be rounded up and expelled. Some Republican presidential candidates have suggested spoke of admitting only Christians, not Muslims. Democrats such as Washington Gov. Jay Inslee accused his fellow (largely Republican) governors of giving into "fear."

In an interview with NPR on Thursday, Governor Snyder suggested he didn't mean to create a partisan issue. He insisted he's still willing to accept more Syrians in Michigan and said he merely wants a little reassurance that the federal screening process for refugees is sound. He said a call from the president assuring him of the process would be "helpful."

According to Snyder's office, he did join a call with the White House earlier this week that included senior staff, FBI, State, Homeland Security and counterterrorism officials but the governor still wants a detailed response to a letter he sent to Homeland Security Secretary Jeh Johnson and Secretary of State John Kerry outlining his concerns. Snyder told NPR he wants those officials to make the review and to "please respond to my letter that you're confident that we have the appropriate response in place."

On 'pausing' immigration from Syrian refugees

I'm very much in favor of immigration. If you look at what's happened in our country, what made our country great was immigration. And in particular, you have people around the world that their lives have been shattered ... We've always been good about accepting people, having come to our country to rebuild their lives. So, in a general sense I've been very much in favor of being proactive with Middle Eastern refugees, along with refugees across the world.

The issue that I said we should hit the pause button for is, one, these horrific terrorist events that have sort of coincided. We have Paris, we have Lebanon, we have the Egyptian airline bombing. Again, I have not criticized the federal system at all. What I said was, it'd be great if we had more transparency and awareness of the review processes. ... When you have terrible events like these in other countries, isn't it appropriate that you just pause to make sure that you do an appropriate review and look at what lessons-learned you can see from these other events to see if processes should be improved and enhanced in some fashion?

On what it would take to resume Syrian immigration

If we get to the point where we can say that review has taken place and people are confident that we have a system to let in people who have had their lives shattered, and at the same time can keep out the bad guys, hopefully we can start the process again of accepting refugees. Hopefully they're coming here for the American dream in a positive way. ...

I really want [the federal government] to come back and say, we have now made a review of these at least three situations and believe their current system is acceptable or not, or that they're making some modifications. I don't think that's unreasonable. I view that as good old-fashioned common sense, being careful, and at the same time trying to be proactive.

On other governors following his call

Each governor, each public official is going to take their own position. The way I viewed it as is, I think I've been pretty much in favor of making sure people recognized immigration. ... I just want to make sure we're doing the appropriate balancing between what we stand for as Americans ... and also at the same time assuring national security by keeping the few really bad people out of our country.

On how other politicians have reacted

With respect to my statements and my position, I still contend it's a common-sense process that we should be undertaking. I think it's unfortunate that other people, whether on the right or left, whether you're for immigration or against it, could be politicizing this issue. ... The position I took, I believe, was appropriate.

That would be helpful ... I would have to see what's going on in the actual conversation but I put that out on the table to begin with. I actually wrote a letter, I think it was on Sunday or Monday, to Secretary of State Kerry and Secretary of Homeland Security Johnson basically asking for that. Asking that the review be made and please respond to my letter that you're confident that we have the appropriate response in place. So I'm hopefully going to get a response to the letter I sent them.

On some calling for a religious test for refugees

This shouldn't be about politics. We have the Bill of Rights — people have freedom of religion, and shouldn't we have processes. We're here to help people that have shattered lives. Have an immigration system that works, have them come to our country in a thoughtful way, and not at the expense of national security — strike that right balance.

On what level of concern says about GOP

I'm not going to speak for the party, but I'm a proud Republican. But as a practical matter, I think the position I'm taking is a very thoughtful one, and a thoughtful common sense one. And I would hope as this continues to develop, that politics should not be the driving force here — it should be what's in the best interests of our country to stand for the spirit of our country.