Accessibility links
4 Things To Know About Visa Waivers And Security The visa waiver program allowed 20 million travelers into the U.S. last year. Many say it poses a bigger threat than the refugee resettlement program. 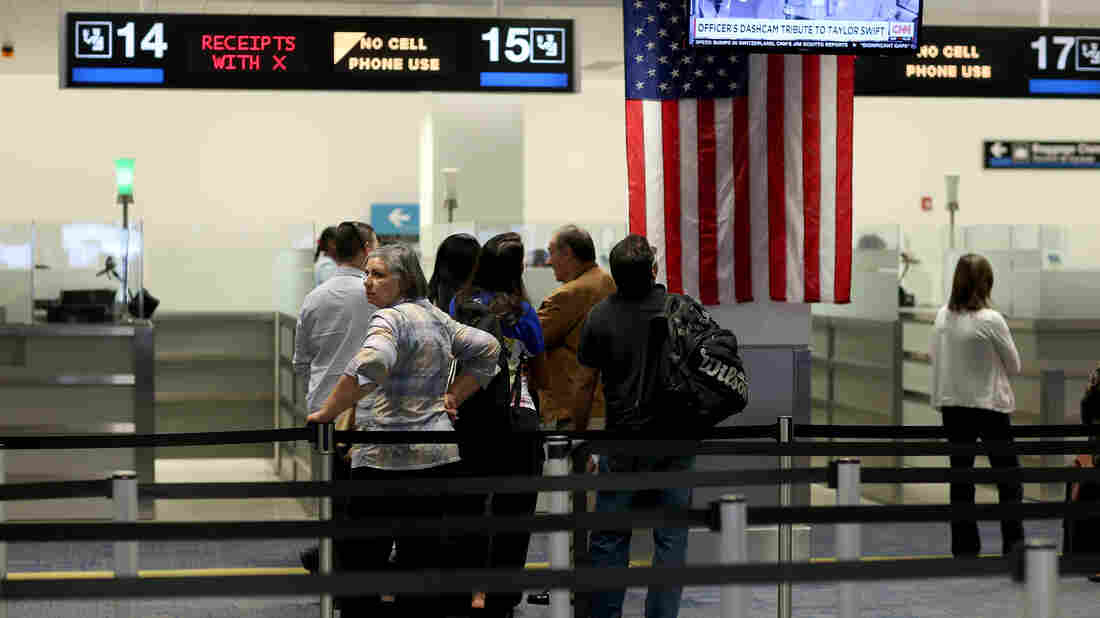 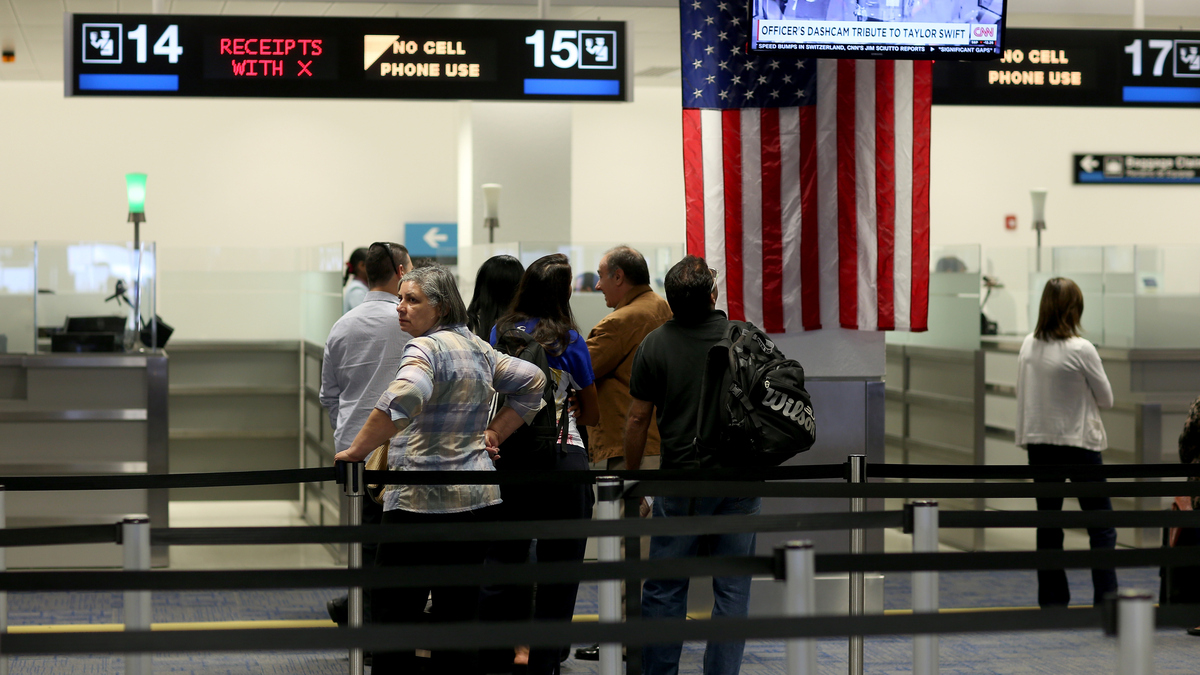 Passengers wait to get their passports checked at Miami International Airport earlier this year. The visa waiver program allowed 20 million travelers into the U.S. last year, with much less screening than refugees receive.

While Congress took steps to pause the Syrian refugee program this week, there is another concern that many say poses a bigger threat of allowing a potential terrorist into the U.S. It's known as the visa waiver program, and it allowed 20 million travelers into the U.S. last year, with much less screening than refugees receive. President Obama said recently that "the idea that somehow [refugees] pose a more significant threat than all the tourists that pour into the United States every single day just doesn't jibe with reality."

Here are four things to know about that program, and the security concerns that have been raised about it:

It used to be that if you were a person living abroad and you wanted to see the U.S., you had to first go to an American Embassy and get a visa. You would be interviewed by an embassy official who would ask about your background. Since the 1980s, residents of many countries no longer have to go through that process. In fact, 38 nations, including most of Europe, are visa waiver countries. It's a largely hassle-free way to come to the U.S. for tourists and businesspeople. You'll need to answer a few questions on a form on the Internet and have a passport with a digital photograph.

2. What are the concerns?

Some lawmakers, including Sen. Dianne Feinstein, D-Calif., say the process has gaps. She calls it "the soft underbelly" of America's national security. She and other lawmakers are worried about the thousands of Europeans who have gone to Syria to fight alongside ISIS.

They return to France or Belgium, say, and with no screening could then easily hop on a flight to the U.S.

3. How can those gaps be closed?

Feinstein is proposing legislation to tighten the visa waiver program and attempt to keep those foreign fighters out. The bill would require people who have traveled to Syria or Iraq in the past five years to go through an interview in order to get a U.S. visa. Of course, given the porous Syrian border, it's not easy to say for sure who has traveled there.

The Department of Homeland Security did tighten the program earlier this year, including requiring foreign travelers from waiver countries to carry passports with biometric data embedded on computer chips.

4. Would changing the visa waiver program make it more difficult for legitimate visitors coming to the U.S.?

That's what concerns many, including the travel and tourism industry and some business groups. All those foreign visitors to the U.S. spend on average $4,700 per person per trip, according to the U.S. Travel Association.

The Obama administration says it's open to amending the program.

Feinstein says she intends to introduce her legislation after Thanksgiving.