Accessibility links
'Jessica Jones' Struggles In Life — But Triumphs On Screen Netflix's latest venture into the Marvel universe follows Jessica Jones, an unlikely ex-superhero who tries to keep her powers hidden while she works to defeat the telepathic villain who abused her. 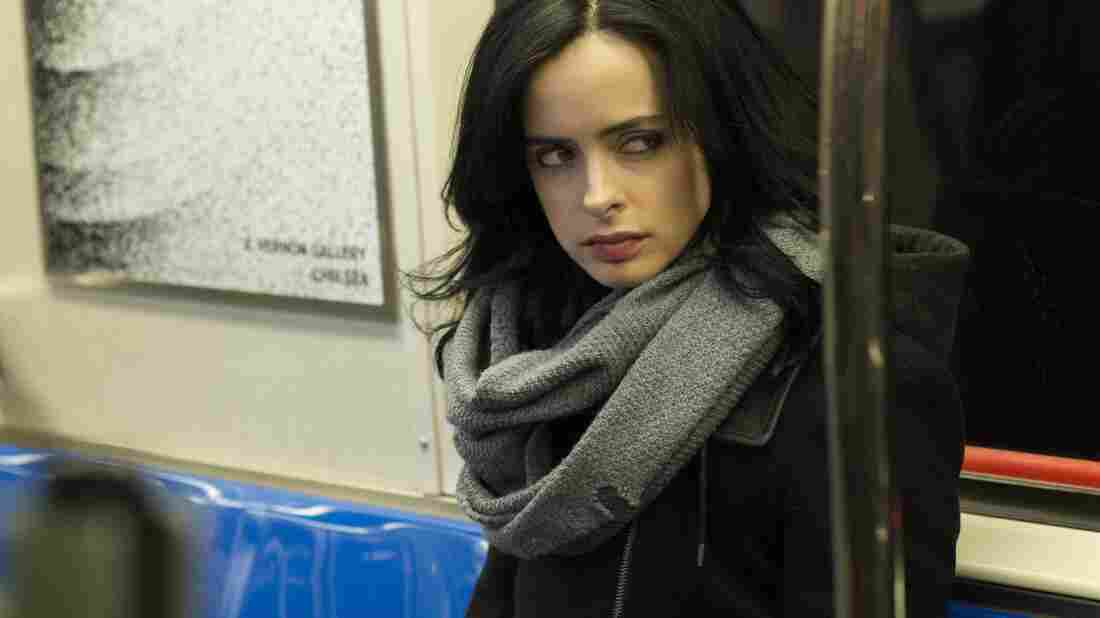 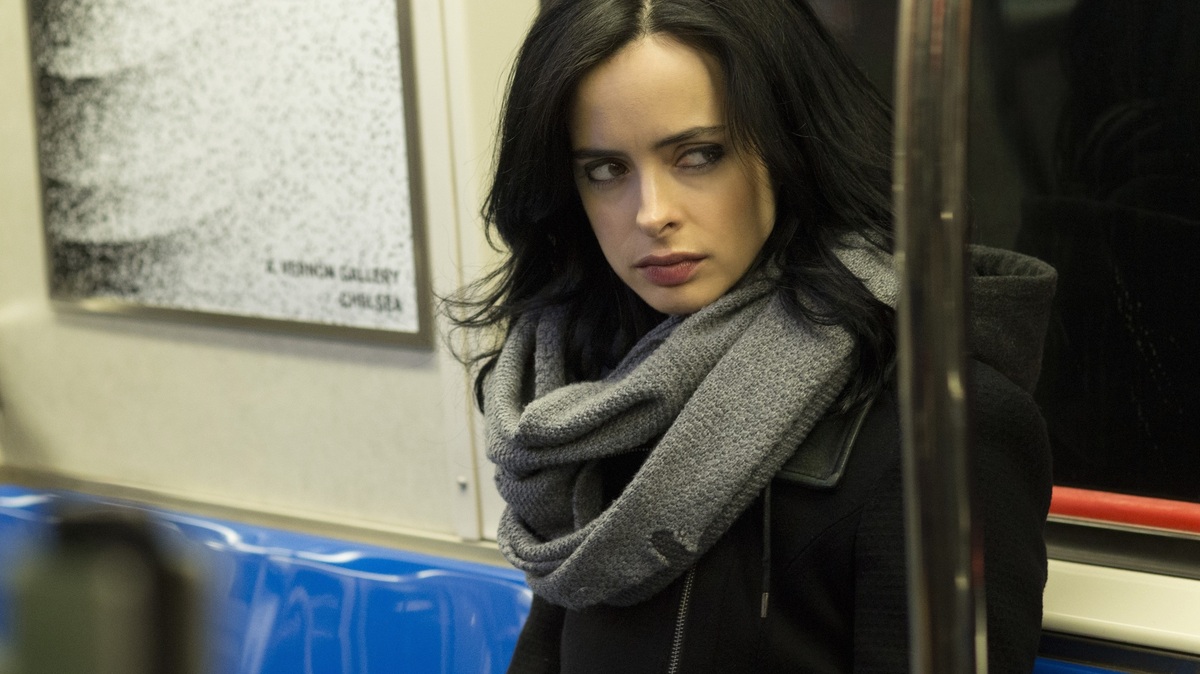 Marvel's Jessica Jones, a powerful Netflix series debuting today, is about a broken ex-superhero. She seems like every other angsty crime fighter on film and TV, until you learn why she's so wracked with PTSD she drinks herself into a stupor most nights.

Turns out, Jones (played by Krysten Ritter, known from ABC's Don't Trust the B- - - - in Apartment 23) is recovering from her time with Kilgrave, another superpowered person who can telepathically make anyone do anything he tells them to do. A typical comic book villain-style narcissist and psychopath, Kilgrave — played with elegant, bratty menace by Doctor Who alum David Tennant — kept Jones as his enforcer and plaything until a chance bus accident took him out and broke his hold on her.

But as the first season of Netflix's brilliant series unfolds, Jones learns that Kilgrave survived the accident and may be coming for her. Her first reaction — a blind panic that involves trying to scrape together as much cash as possible to get as far away from her Hell's Kitchen apartment as possible — seems ripped right from the playbook for survivors of abusive relationships.

In fact, Kilgrave's power is often presented as the ultimate violation; a way of making others want to do what they normally would never do. As Kilgrave's victims increase in number, Jones works with an attorney to create a support group that operates very much like a rape survivors meeting. Participants struggle to understand a situation outsiders don't believe and can never know.

Jones blames herself for not resisting Kilgrave and for the heinous acts she committed while under his control. Ritter plays Jones as a relentlessly cynical, supremely damaged woman so tangled in her own dysfunction she can't see how smart and heroic she often is.

Gifted with the strength to lift a car and jump three stories in the air, Jones nevertheless reacts the way many survivors of abusive relationships do; she blames herself for not being strong enough to overcome a situation no one should have to endure in the first place. And she works hard to stay unnoticed and under the radar — no public displays of her talents, if she can avoid it.

This is the kind of storytelling you hope to see as comic book television and movie franchises finally feature female heroes. Jones taps into an uneasy alliance of women in her life to take on Kilgrave — including Matrix franchise co-star Carrie-Anne Moss as a ruthless lawyer. Their teamwork feels like an expression of female-centered empowerment I've rarely seen in a superhero-themed TV show.

A little history: Jessica Jones takes place in Hell's Kitchen; the same seedy New York neighborhood that served as home to Netflix's first Marvel series, Daredevil. It's also in the same fictional universe where a superhero battle shredded midtown Manhattan, as depicted in Marvel's 2012 film The Avengers. But the grand battle in that movie is far removed from the daily struggle of alcoholics, junkies and poor folks to survive in the stories of Daredevil and Jessica Jones. Netflix's comic book series tend to focus on street-level heroes working to handle problems a lot smaller than world conquest and alien invasions.

Marvel's success in comics, film and TV has always come from showcasing superheroes with world-class abilities struggling to handle human-size problems. Netflix's 'Jessica Jones' is a proud addition to that pantheon.

As Jessica Jones begins, our heroine is struggling with self-loathing and working as a private investigator. She's strong enough to punch holes in walls, but has settled for a job chasing missing people and cheating spouses for paying clients, in between bouts with the bottle.

The character was featured in a line of comic books from Marvel called Max — intended as the place for R-rated stories featuring superheroes, where the f-word and sex scenes could be deployed without concern. There, Jones was the center of a modern, film noir-style detective story, spiced with flashes of super strength and connections to her old life as a hero.

Netflix's Jessica Jones is part of a succession of shows centered on Marvel characters, planned to culminate with a team series called The Defenders. So Jessica Jones also introduces us to The Good Wife alum Mike Colter as Luke Cage, a bar owner with unbreakable skin and super strength who is scheduled to get his own series next year.

Outside of a few short-lived series like Fox's M.A.N.T.I.S. and Spike TV's Blade, there hasn't been a high-profile, adult-focused superhero TV show centered on a black character, so Netflix's Luke Cage could break some more ground. And given that — spoiler alert! — the comic books feature Cage married to Jones and fathering a child with her, there's obviously lots of story to mine between those two characters.

Netflix's Jessica Jones jettisons comic book conventions with glee. There's no time spent on origin stories and there are lots of scenes with superhero sex. I can't really remember seeing that in a TV adaptation of a mainstream comic book. And when Cage finally utters his signature exclamation, "Sweet Christmas!" it's in a decidedly unorthodox setting.

Marvel's success in comics, film and TV has always come from showcasing superheroes with world-class abilities struggling to handle human-size problems. Netflix's Jessica Jones is a proud addition to that pantheon, wrapping one of the best TV shows of the year in a woman's struggle to defeat the abuser who nearly ruined her life.