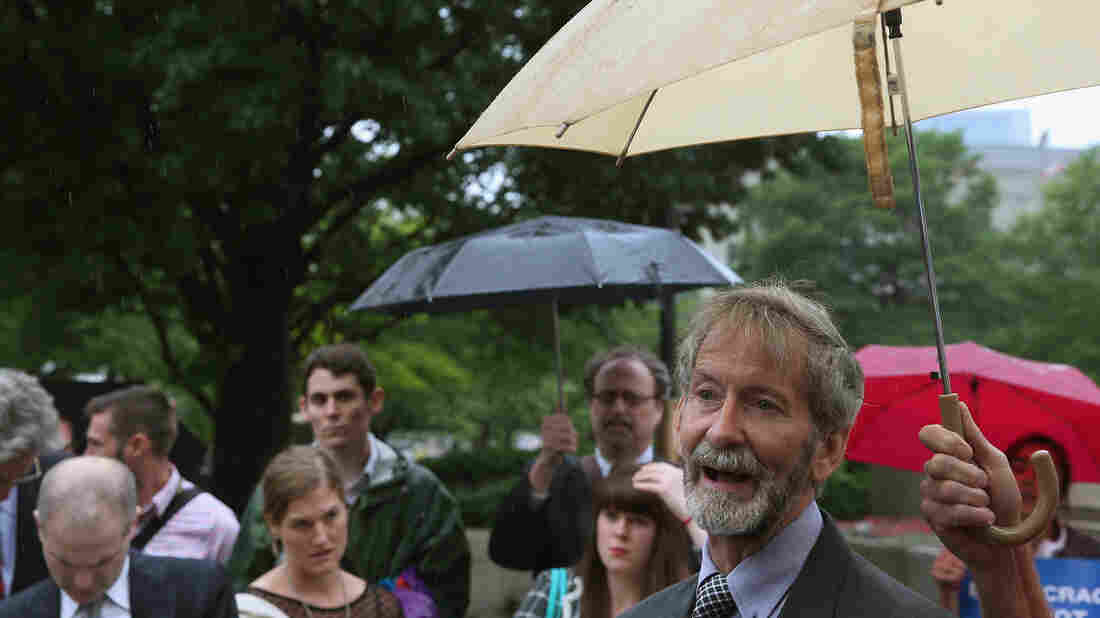 Doug Hughes speaks to the media after appearing in federal court in May. Mark Wilson/Getty Images hide caption 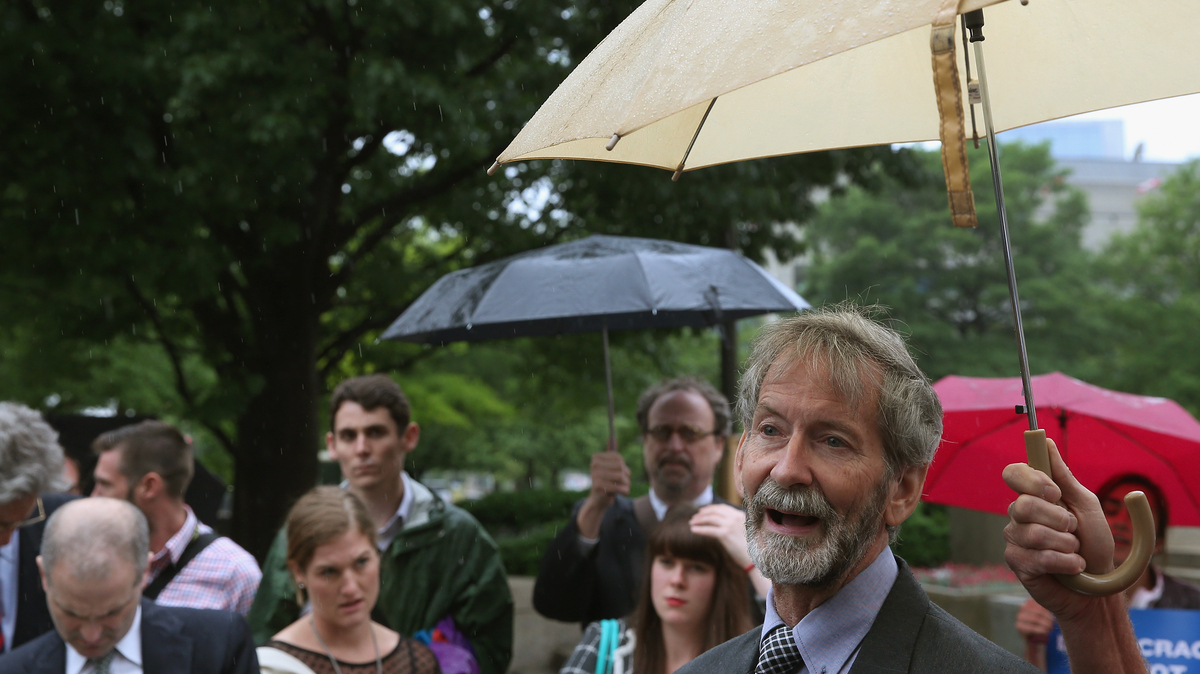 Doug Hughes speaks to the media after appearing in federal court in May.

Gyrocopter Pilot On His 'Incredible' Flight Onto Capitol Lawn

Florida mailman and gyrocopter pilot Doug Hughes has pleaded guilty to one felony for his campaign-finance reform caper last April. He landed his flying machine on the Capitol lawn before authorities apprehended him.

He meant to deliver individual letters to all senators and House members, urging them to clamp down on superPACs, "dark money" groups and millionaire donors. That didn't work out. He was arrested; Capitol police confiscated the letters and prosecutors hit him with six charges.

The thing he didn't intend to demonstrate was that someone could fly a slow little aircraft beneath Washington's post-9/11 air defenses without getting shot down. 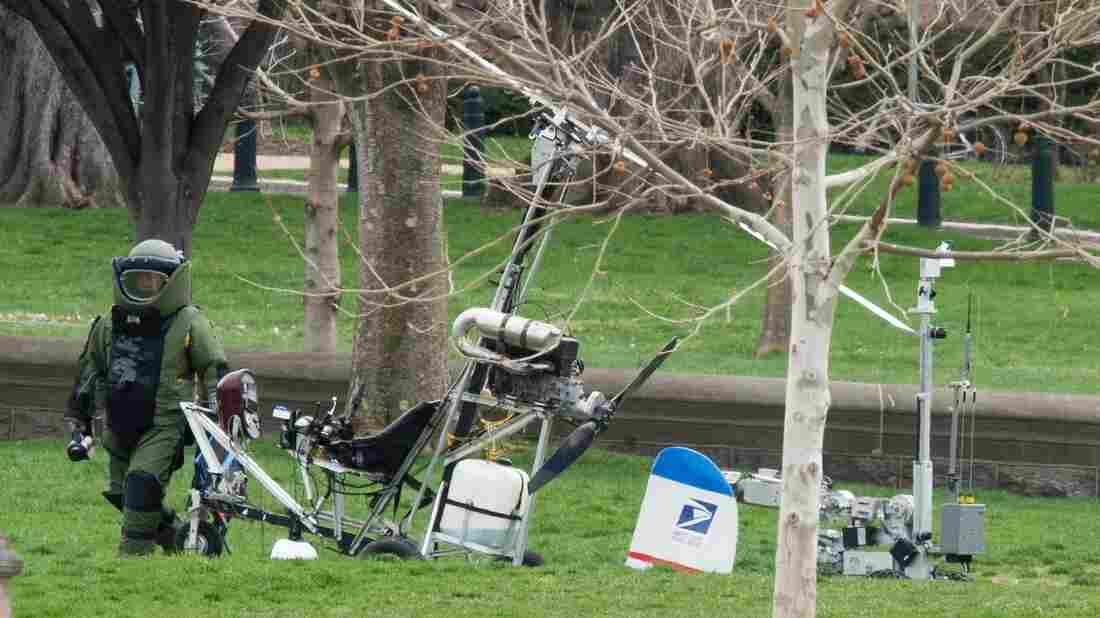 An Explosive Ordnance Disposal Technician and a robotic police device check Hughes' gyrocopter after it on the South Lawn of the Capitol. Paul J. Richards/AFP/Getty Images hide caption 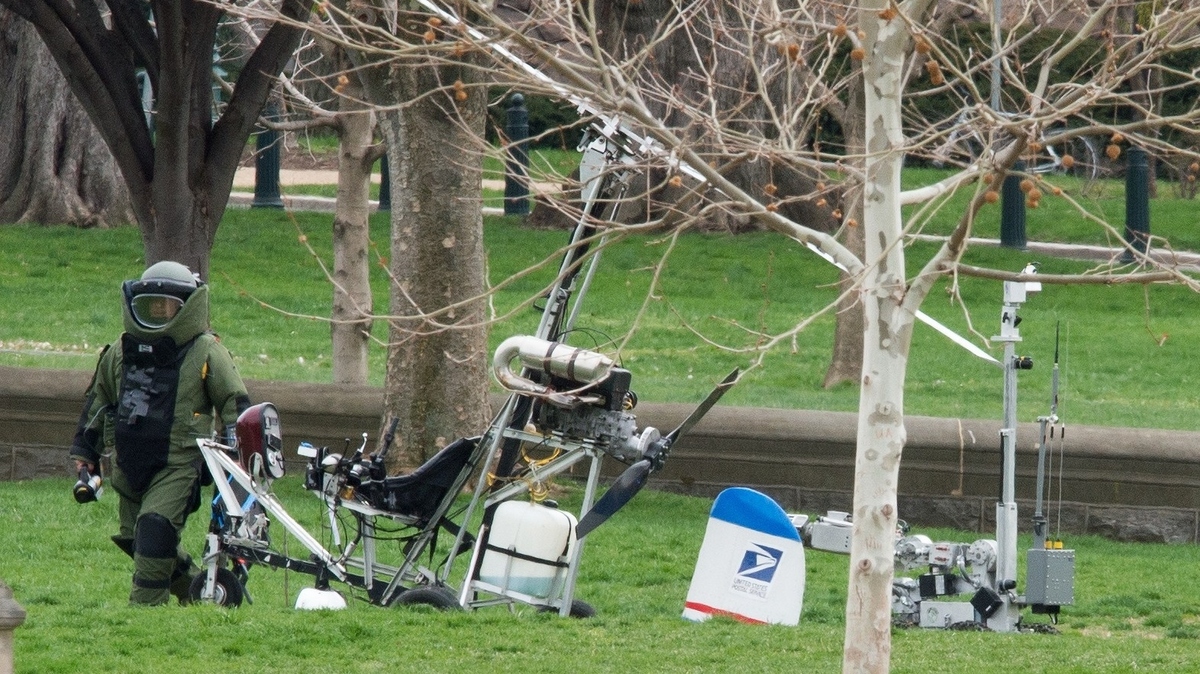 An Explosive Ordnance Disposal Technician and a robotic police device check Hughes' gyrocopter after it on the South Lawn of the Capitol.

Prosecutors agreed to drop five charges, and Hughes on Friday pleaded guilty to the sixth: flying the gyrocopter without an airman's license. He forfeited the gyrocopter — a craft similar to a helicopter, but with just one seat and a small engine driving a propeller.

Appearing in Federal District Court in Washington, Hughes asked Judge Colleen Kollar-Kotelly if his sentencing date could be arranged so he could participate in an upcoming protest called Democracy Spring.

The demonstration of civil disobedience is meant to push Congress into legislating new limits on the unregulated money that flows from wealthy donors to superPACs and 501c4 "social welfare" organizations. Marchers would leave Philadelphia April 2, arrive in Washington April 11 and then stage sit-ins at the Capitol.

Kollar-Kotelly set Hughes' sentencing for two days later. But she restricted him to his home county after his arrest, and hasn't decided if he can leave to join the marchers.