Accessibility links
Mastery And Mystery Mix It Up In 'Prado' Javier Sierra's new The Master of the Prado follows a graduate student — also named Javier — who gets caught up in a web of arcane theories about the paintings in the famous Madrid museum.

Mastery And Mystery Mix It Up In 'Prado'

Mastery And Mystery Mix It Up In 'Prado' 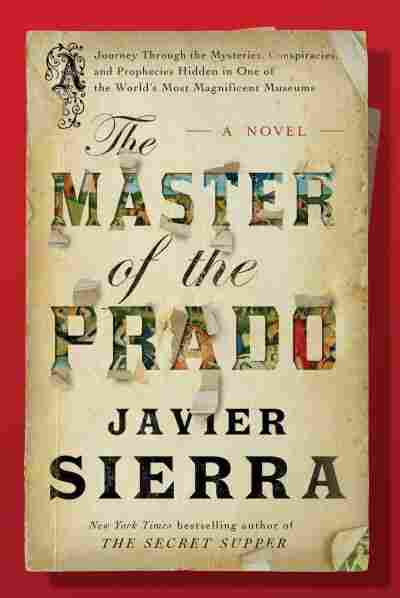 The Master of the Prado

Title
The Master of the Prado
Author
Javier Sierra

Just because we see something doesn't mean we understand it. Even more to the point, just because we find something beautiful doesn't mean we've understood it. These are messages underscored in in Javier Sierra's unusual, intriguing new novel The Master of the Prado, a work of fiction interleaved with reproductions of some of the title museum's greatest treasures, including paintings by Botticelli, El Greco, Velasquez, and Bosch.

The reproductions — at least two of them so sumptuous and special that Atria Books must have dug deep into their production budget — aren't mere window dressing, by which I mean they are not placed as illustrations, but are essential to the plot and its interpretation. Sierra (best known here in the U.S. for his much-hyped 2006 Da Vinci Code-esque thriller The Secret Supper) weaves his native knowledge of Madrid's great museum into the story with an academical code-switching ease, for a first-person, suspense-filled tour of art, history, and religion.

The facts: A fictional graduate student named Javier is immersed in his journalism research, in love with fellow student and pharmacologist Marina, concerned about world events like the impending first Gulf War (it's 1991) – and he likes to spend his free time at the Prado. One afternoon while he contemplates Raphael's "The Pearl," an urbane gent who introduces himself as Dr. Luis Fovel joins him and proceeds to analyze the work according to an arcane theory of "the two Jesuses."

Before Fovel can say "heretical," young Javier is hooked, haunting the galleries as often as possible and following his new mentor's tantalizingly vague clues down rabbit holes outside of the museum, too, most notably to the medieval monastery library at El Escorial. There Father Juan Luis welcomes Javier and Marina and helps them to locate a book called "The New Apocalypse" that turns up again and again in Fovel's discourse.

All of this is related in Javier's voice — the book's greatest strength and weakness in one. The first-person patter, a bit formal in translation, keeps the reader engaged. However, it also leaves out a lot of character development: What's the point of bringing in Marina, only to have her act like a comic-book damsel in distress? ("My parents got back from their trip last night and when they heard about that guy's visit they were really mad!") Much of the time it seems as if Sierra brings in other people (an expatriate Italian film star, a colleague from another) the way painters might daub in an extra figure in the corner. Even with the tease that a key to something supernatural may dwell within the paintings' symbols, there's a lot in this plot that's hazy, crazy, and just plain lazy.

But the strength of Javier's enthusiasm, as he grows fascinated by the shadowy Fovel's connect-the-dots approach to great Renaissance canvasses, carries the story. Just when Javier thinks he's got a handle on how and why a particular work was planned and executed, Fovel (who appears and disappears much like Platform 9 3/4 to Hogwarts) points out a new theological thread, bringing in figures from Savonarola to Inghirami to Popes to Rudolf Steiner and on to — well, no spoilers here. Sierra's triumph is to have forged a novel that instructs so easily and deliciously (yes, there are footnotes, but they're easily ignored if you're uninterested) you'll feel enriched however you read it. You may even be inspired to book tickets to Madrid. Just because we read something doesn't mean we're finished with it.