Accessibility links
Why Do Young People Like Socialism More Than Older People Do? There are two big reasons why millennials are embracing the political philosophy that presidential candidate Bernie Sanders preaches: the economy and history.

Why Do Young People Like Socialism More Than Older People Do?

Why Do Young People Like Socialism More Than Older People Do? 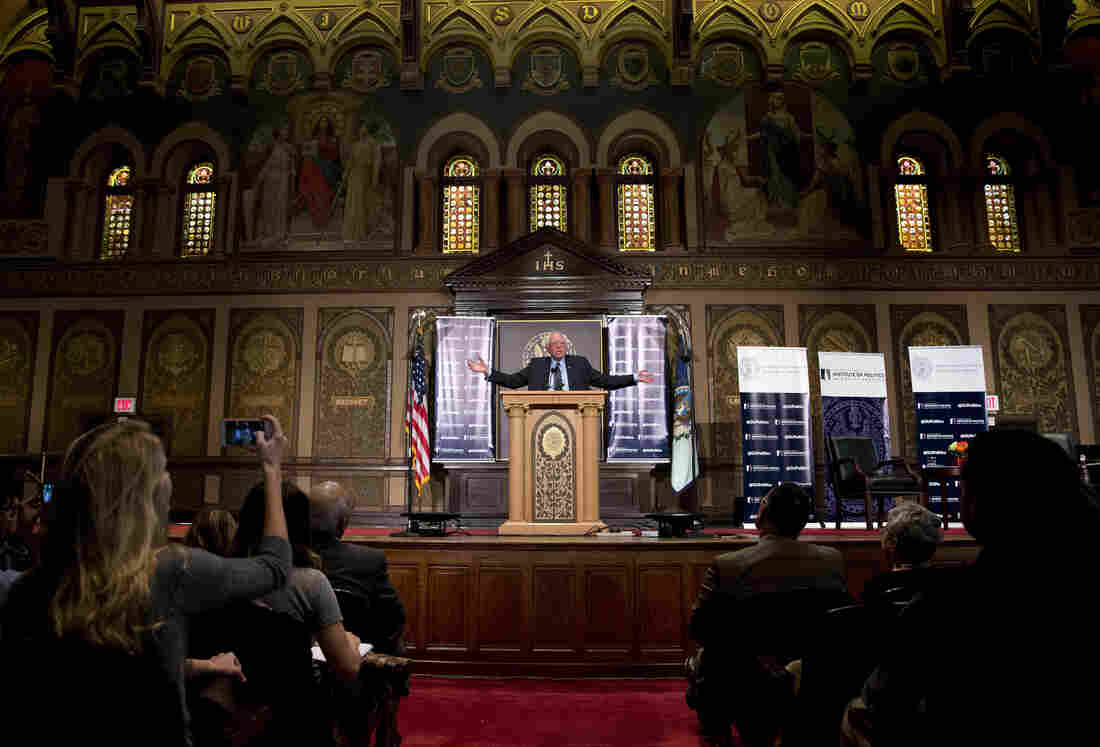 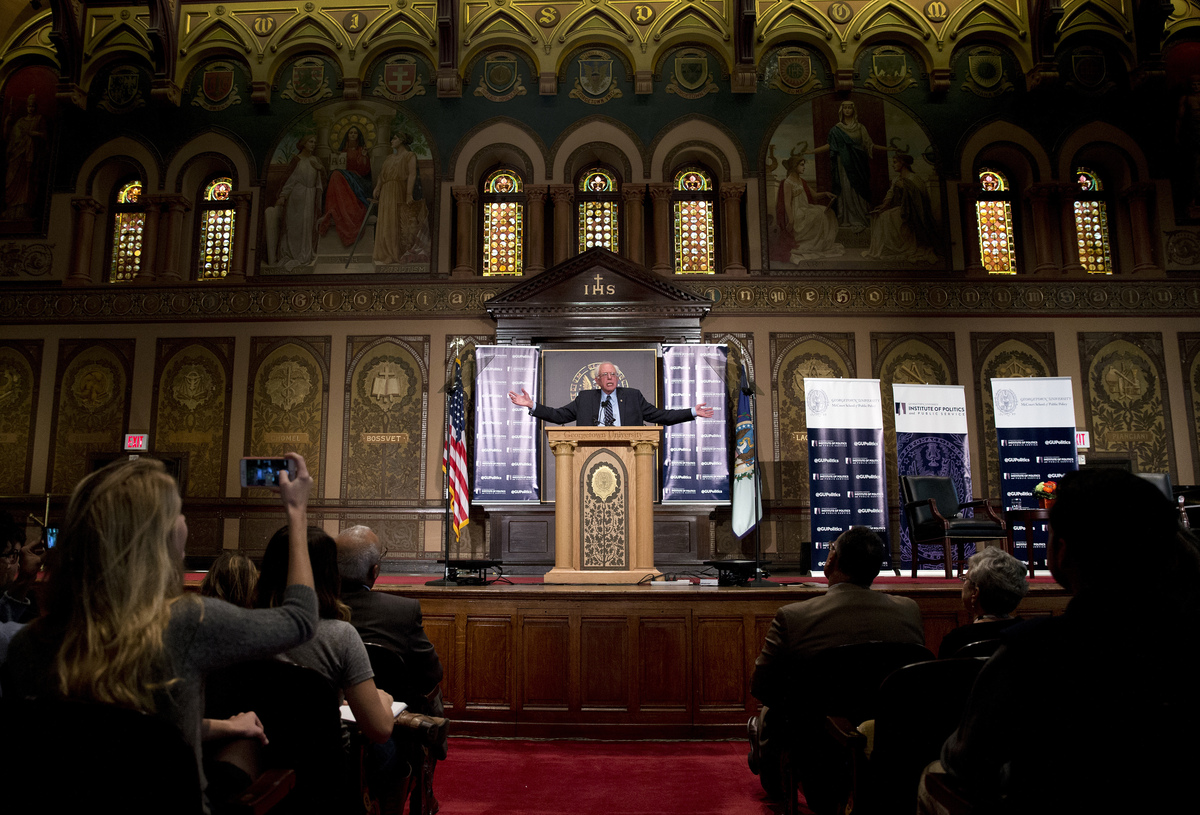 Rain couldn't keep away hundreds of Georgetown University students on Thursday who waited hours outside for a chance to hear Democratic presidential candidate Bernie Sanders explain his support for socialism.

In an All Things Considered story this week, several students at George Mason University in Northern Virginia told NPR why they do — or don't — support socialism.

Some said they like the idea in theory but maybe not in practice. Others pointed out that they expect their opinions on socialism to evolve over time, as they gain more life experience and start their careers. But many students said they still viewed socialism positively.

NPR spoke with Kei Kawashima-Ginsberg, director of the Center for Information & Research on Civic Learning and Engagement at Tufts University, to find out more about why young people view socialism the way they do. She pointed to two big reasons for the socialism gap between younger and older people: the economy and history.

Kawashima-Ginsberg said millennials are less positive than their parents about capitalism.

"Older millennials that graduated from college or got into the workforce in the late 2000s really had a hard time believing in American Dreams and capitalism," she said.

That's partly due to the lingering effects of America's last recession. Young people — and not just college graduates — are doing worse than their parents did at their age. Data suggest they earn less, have more student loan debt and aren't able to buy a house as soon.

As a result, "young people conversely show much less support for capitalism versus the older population," Kawashima-Ginsberg said.

Instead, many are enamored with some of the ideals of self-declared socialists like Sanders.

"Young people really do support the idea of equality, especially economic equality, at a higher rate," Kawashima-Ginsberg said. "Economic inequality was one of the biggest problems that plagues their society."

Kawashima-Ginsberg also pointed out that what people think about socialism is often shaped by history and geopolitics.

But the idea of those Western European nations, with their heavily subsidized health care and college tuition, isn't the same for their parents.

"Older generations thought straight to the Soviet Union, where things were really tough and the idea of socialism wasn't really about raising the bottom," said Kawashima-Ginsberg.

Typically, the more people age and climb the job ladder, they become more conservative and more loyal to that party.

But Kawashima-Ginsberg said she hasn't seen that yet in her research.

"First of all, there's a big diversity within the millennial generation about what they believe in, who they might support, and how they might vote, but also by gender and race," she pointed out.