Accessibility links
#MemeOfTheWeek: French Flags On Facebook In the aftermath of the Paris attacks, what could have been a unifying symbol of grief online turned out to be anything but. 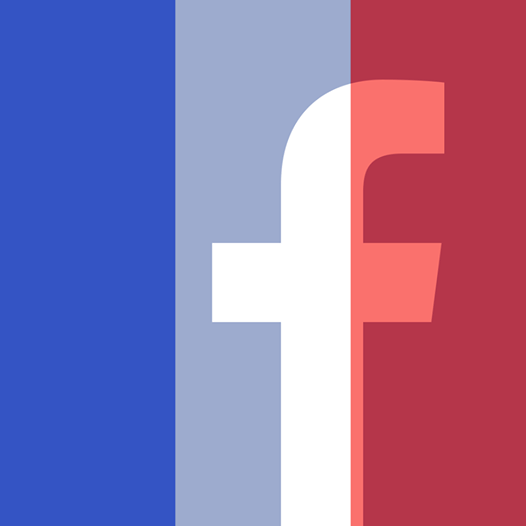 That image of the French flag, strewn all over Facebook, demonstrates how the modern Internet works — a symbol that was meant to be a universal representation of grief instead became divisive.

Facebook wouldn't tell us how many, but it's only fair to assume that millions of people added a blue, red, and white French flag filter to their Facebook profile photos in the days following this month's terrorist attacks in Paris. Facebook prompted users to adopt the imagery with the following words: "Change your profile picture to support France and the people of Paris."

As popular as the French flag filter has been on Facebook over the past week, it's a relatively new feature. Facebook told NPR it has tried this kind of thing only once before, after the U.S. Supreme Court legalized same-sex marriage in June. Twenty-six million people adopted that Facebook-provided pride flag filter for their profile after the ruling, according to the tech company. (Update: After this piece was published, a Facebook spokeswoman reached out to NPR to note that the company has also offered "sports-themed filters" allowing users to add a frame or overlay to their profile images.)

There have been others who tried the same strategy: Planned Parenthood urged people to to adopt a pink profile filter that read "#StandwithPP" after the organization faced allegations earlier this year that it was illegally selling fetal tissue harvested during abortions.

The Facebook French flag wasn't nearly as controversial as that stance. The intention seemed simple and goodhearted enough — a way for people to stand with the victims, and a way for Americans, specifically, to show solidarity with one of the U.S.'s oldest allies.

But soon after the introduction of the French flag filter, there were questions, concerns and even anger over people using the filter at all.

People told us that the French flag on Facebook profiles represented everything from solidarity to unjust wars.

Some were supportive and pretty straightforward:

"I did because I think it's important to highlight solidarity with the people of France." — April Slusser

Others didn't support the French flag because they felt there should be more options:

"I am Kenyan and Facebook never once offered the Kenyan flag filter after the Westgate and Garissa attacks. I actually found the French flag filter offensive because it symbolizes selective empathy and dehumanization of others. Remember also that this war going on is to a large extent about Islam vs. the West and poor countries are to a large extent just caught in between." — Lillian Okumu

Some had rather nuanced stances, touching on multiple political issues:

"While there were terrorist attacks throughout the world in countries like Lebanon and Kenya, this attack in Paris symbolizes a greater war on our democratic principles and liberties. America's founders learned from French philosophers, and such principles like the French motto of 'Liberty, Equality, and Fraternity' run parallel today with American values. Homosexuality is illegal in both Lebanon and Kenya, and neither of the two countries are similar to France and the United States in terms of political freedoms like Freedom of Speech and Freedom of Press. I mention this because I myself am gay. If I wanted to start a political protest against homophobic legislation in Kenya or Lebanon then I would be put in jail... Just because I put a French flag filter does not logically equate to any preference of French lives over Kenyan and Lebanese lives. My French flag filter represents solidarity not only with the people of France but anyone facing threats for the liberties we take for granted daily." -- Daniel Chesmore

Some said they thought the flag filter was one step away from supporting war:

"I assume it means support and sympathy for the victims of the attack. But this support for the symbol of French nationalism will ultimately be transformed into support of French military operations against ISIS and Syria and whoever else French Intelligence decides is the enemy. While I am not an absolute pacifist, I see war making things steadily worse in the middle east, at a pace that has been steadily accelerating since 2001." — Chris Sanyk

Some thought it was a way for people to make the tragedy all about themselves:

"I feel like after something big happens in the news, pretentious liberal arts school douchebags feel the need to make a statement; everyone posts their opinion about what happened as though we've all been waiting on the edge of our seats to hear what they have to say. I was in Paris two weeks before the attacks, staying a block away from the Bataclan, and I have a lot of friends there; I was horrified and worried when I heard the news. But it was personal; obviously I think the attacks were horrible and scary-- I don't need to post about it." — Maggie Locker

"I see it as Facebook turning a disaster into a trend. There are so many other disasters, natural and human-caused; so many worthy causes that don't get filters. It's playing favorites. It's perpetuating Eurocentrism. And mostly, like with the rainbow flag filter, it lets people feel like they're supporting a cause without actually doing anything supportive. It's gimmicky." — Claire Kopenhafer

In the Washington Post, French journalist Lucie Kroening said using the French flag filter could be seen as an endorsement of some French right-wing political stances, which she deemed anti-immigrant and anti-Muslim.

We reached out to Facebook about the whole French flag controversy, and a spokesman said that "following this week's events, we've received a lot of feedback from our community and we're working on better ways to help people show support for things they care about via their profiles."

People should be permitted to grieve, and seek redress for specific violence and suffer without being redirected or corrected.

The spokesman continued, "While this work will take time, we're starting to build out a platform that will give people the option to create and use features like profile picture overlays to express support for a variety of causes."

One journalist, Jamiles Lartey of The Guardian, compared some of the discussion around how people mourned the Paris tragedy to conversations surrounding the Black Lives Matter movement, which protests police brutality against people of color. Many have accused the movement of having too narrow a focus, countering with the phrase "All Lives Matter."

Lartey posted a series of tweets this week, drawing parallels, saying that the "All Lives Matter" countermovement, as well as shaming people for mourning the Paris attacks more than others, is unfair.

It was a fairly nuanced argument to make — using one social movement fraught with strife to discuss the problems of another social moment that's also controversial. But it all pointed to a universal truth of modern Internet: We really can't agree on anything, not even how to grieve.