Accessibility links
The Long Saga Of Spy Jonathan Pollard Continues Even After His Release He's on parole for another five years, during which he'll have to wear a GPS ankle bracelet, won't be able to give interviews, or leave for Israel. NPR's Scott Simon reflects on his release. 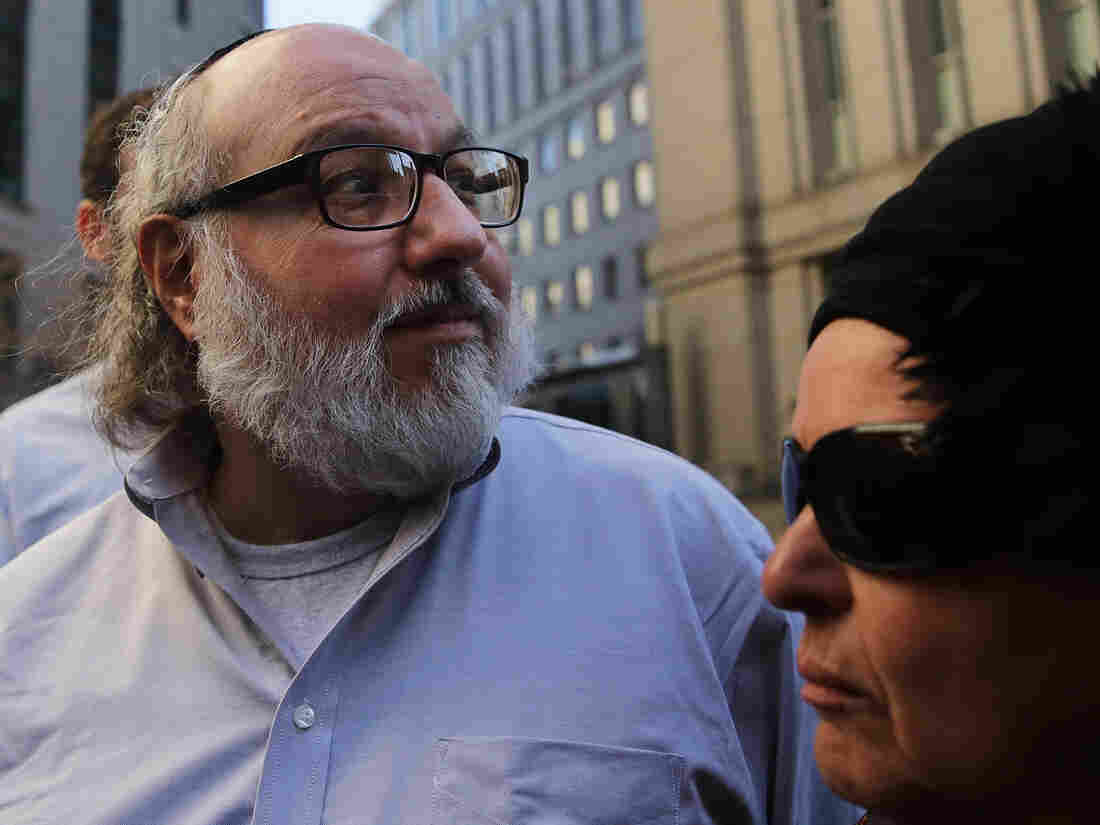 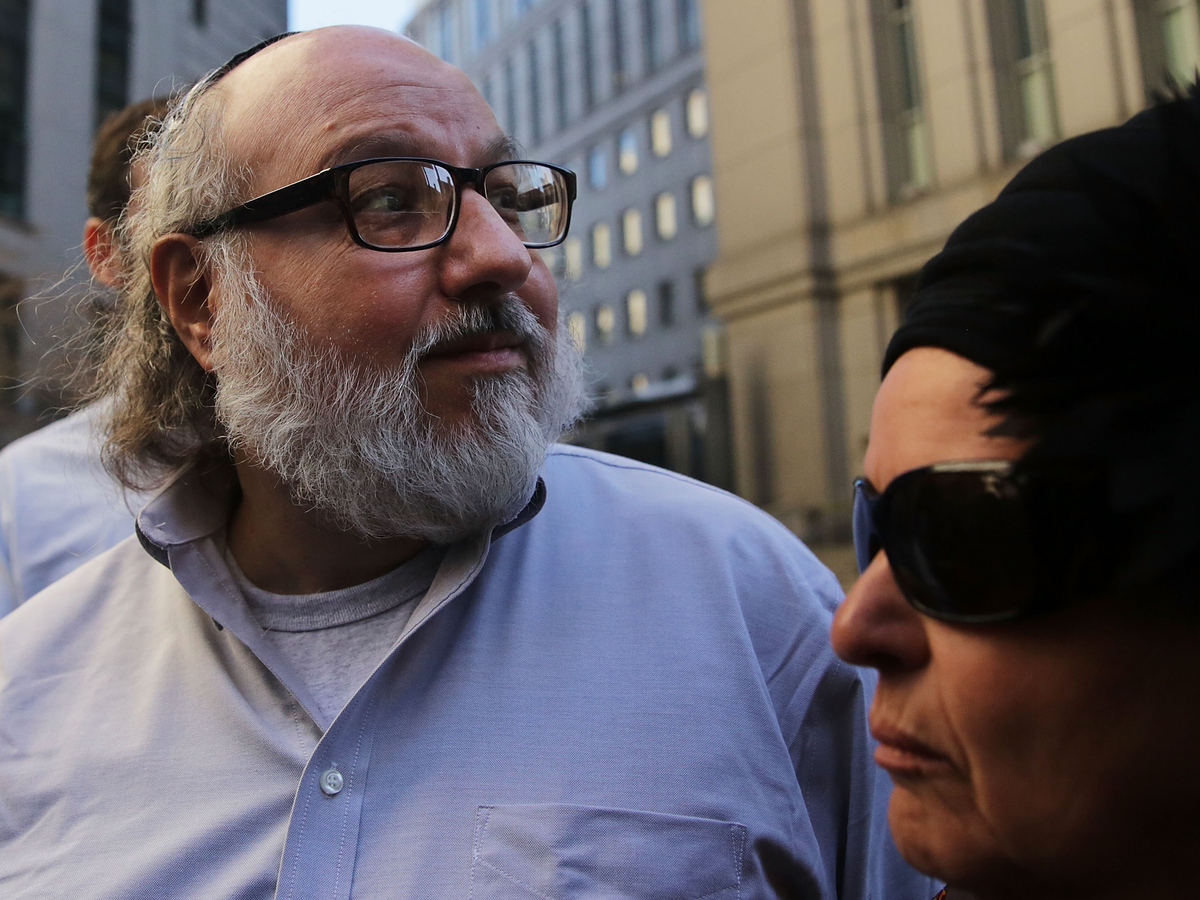 Jonathan Pollard, the American convicted of spying for Israel, leaves a New York court house following his release from prison early on Friday after 30 years on November 20, 2015 in New York.

Jonathan Pollard is out of prison, if not totally free, after 30 years. He's on parole for another five years, during which he'll have to wear a GPS ankle bracelet, won't be able to give interviews, or leave for Israel, where he is considered a hero, and says he wants to live.

He also won't be able to use the internet without U.S. government scrutiny. Someone will point out: can any of us?

To see the images last night of a pale, pudgy man with long white hair and a beard walking in and out of a New York courthouse might remind us that real spycraft rarely involves Aston-Martins and martinis.

In 1986, Jonathan Pollard and Anne Henderson Pollard, who was then his wife, thought they had a deal. Jonathan Pollard, who had been a Naval intelligence analyst, cooperated with the FBI and pleaded guilty to one count of conspiracy to give national security information to a foreign government: Israel, an ally.

Federal prosecutors called for a "substantial" prison sentence, but not life. There was still a Soviet Union, and a Cold War. The U.S. government wasn't eager to go to trial and produce evidence of Jonathan Pollard's perfidy that might reveal weaknesses in U.S. security.

But a year later, Judge Aubrey Robinson was unmoved. He'd received a damage assessment from the Reagan administration — which is still classified — that reportedly detailed the damage Jonathan Pollard had done by stealing reams of classified documents and packing them into suitcases for his Israeli handlers. Judge Robinson sentenced Jonathan Pollard to life.

And over the years, both Republican and Democratic administrations forcefully declined to reconsider that sentence. There may have been political reasons, of course. But every administration worried that you couldn't encourage spies and analysts to believe they could give information to a friendly government because you could never say where that information might wind up, or how it might be used.

I interviewed Anne Henderson Pollard years ago, before she and Jonathan were divorced. She remembered how they'd driven to the Israeli embassy for help, with a few clothes and their family cat. But the embassy wouldn't open the door. Although Israel has campaigned for Jonathan Pollard to be released for decades, when they had the chance to take him in, they apparently thought a man who gave away national secrets for cash and gifts was dangerous, too.

And today, all of those suitcases of sensitive information Jonathan Pollard stole could be packed onto a thumb drive.