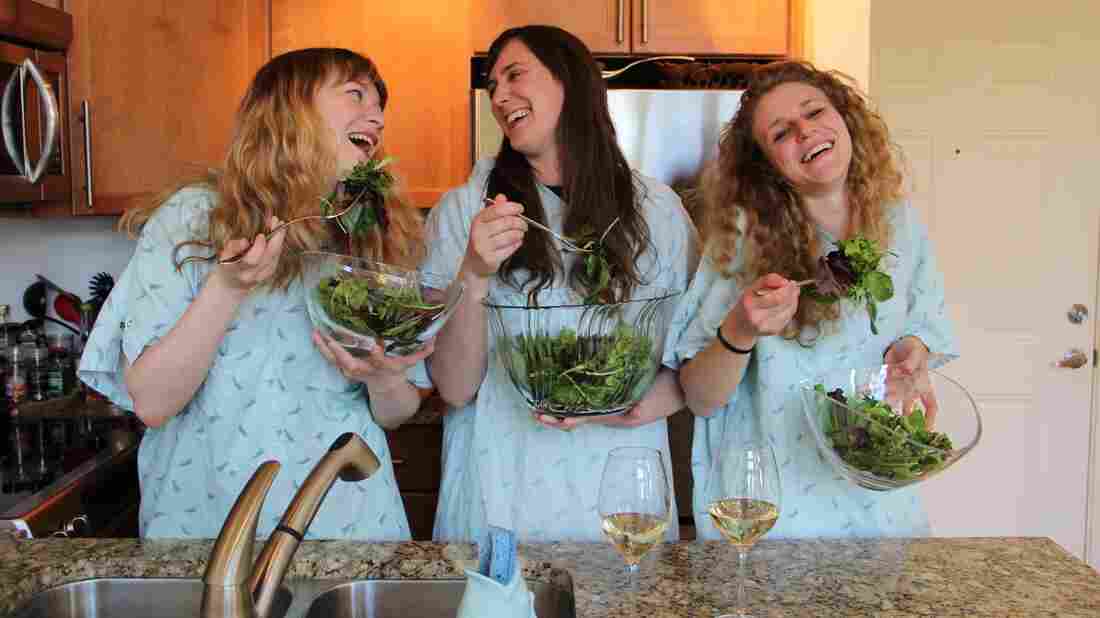 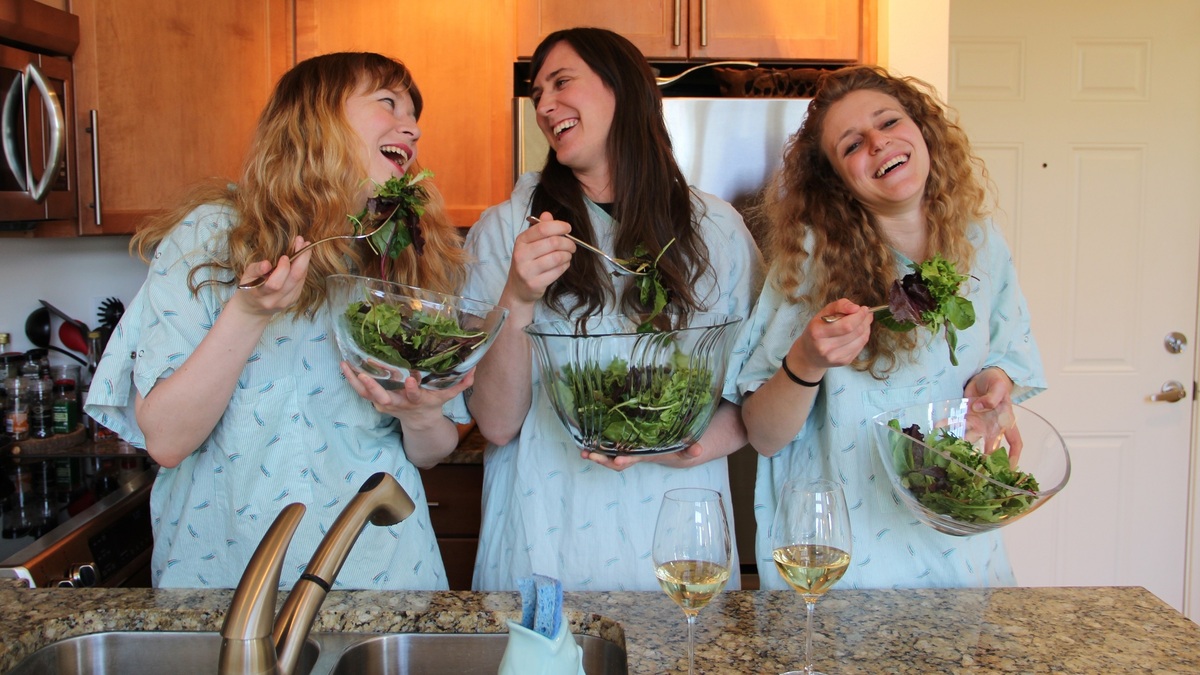 Shaine Truscott/Courtesy of the artist 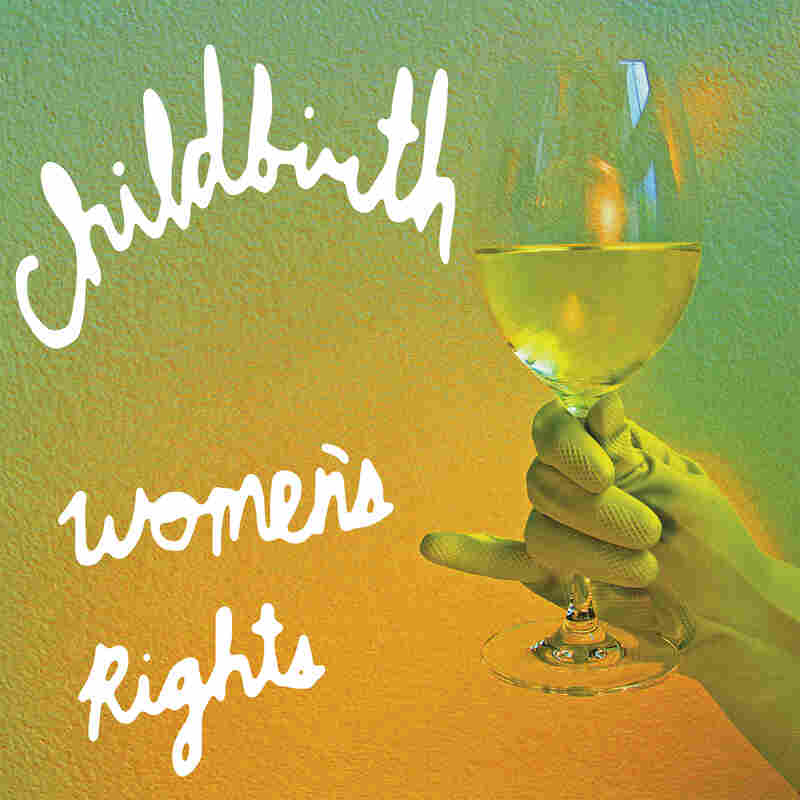 Childbirth is a Seattle rock supergroup, but it's also an ongoing consciousness-raising session. Okay, it's really a comedy act. No, it's a punk band. Wait, it's a feminist direct-action project deflating sexism with joke-arrows hurled at ubiquitous oppressions like male microaggression, fertility anxiety, and tyrannical beauty standards. Actually, Childbirth — the trio of Julia Shapiro from Chastity Belt, Bree McKenna from Tacocat, and Stacy Peck from Pony Time — is all of the above, and a Taylor Swift-style glam squad to boot. That is, if you think hospital gowns, which the group wears in performance, are glam. And who doesn't?

Childbirth's "Let's Be Bad," from its second album, Women's Rights, is an explosion of the patriarchy-warped feminine id, with references to overeating, dressing in ill-fitting "sexy" skirts, and drinking that ultimate naughty beverage, white wine. "Let's be bad, it's a lady's right!" wails Shapiro as she, McKenna and Peck build an Evol-style bed of noise. "My favorite thing is to try to write Sonic Youth songs, so thank you for the compliment!" Peck commented in an email when told the song evokes that classic New York band. For Peck, the song makes a clear point. "The entire concept of women 'being bad' is just another way to condescend to us and treat us like infants."

The song's wild new video, helmed by Portland director Lara Jean Gallagher, features the performance art guerilla grrrl Alicia McDaid as a homemaker seduced away from her smoothies-and-floor-scrubbing regime by the lure of tight skirts and Barbie-shaped chocolate cake. McDaid stuffs her face and pulls off her plain brown wig (to reveal a classic Sharon Stone, bleached pixie cut), before atoning with a manic yoga routine. Visions of animated, whirling doll parts, a sexy cat, and the band lustfully eating torment McDaid until she cracks.

Alicia McDaid's performance, like her uniformly genius self-made videos, is frenetic, poignant, and hilarious. "I tried to channel that repressed feeling of someone who's desperate to enjoy life but afraid to do it wrong and get in trouble," McDaid wrote in an email. "We played the song over and over again during the shoot and it really helped me get in the zone. It's such a thing that women say to each other, let's be bad, let's split a dessert... I love how the idea of indulging in a dessert leads to an explosion of repressed emotion, and the music really heightens that feeling."

McDaid, Gallagher and the women of Childbirth are allies in returning genuinely disruptive humor to the center of feminist action, as it was when risk takers like Karen Finley dominated the art scene. "I met Karen Finley once," says McDaid, "and she signed a copy of her book to me and wrote, 'Stay funny and you can keep it dangerous.' I don't know if I've consciously taken her advice, but at this point in my life humor seems like the most powerful tool I have to deal and communicate in a productive way. So I really appreciate Childbirth and the way they talk about their experiences and thoughts. It's funny and angry and absurd, and what my friends and I think and talk about. Plus, it's super fun to dance to."

Women's Rights is out now on Suicide Squeeze.