Accessibility links
Poll: 1 In 5 Americans Trusts The Government A clear majority favors the government taking "a major role" in fighting terrorism, and Republicans are much more likely to say they're angry with the government, according to Pew Research Center. 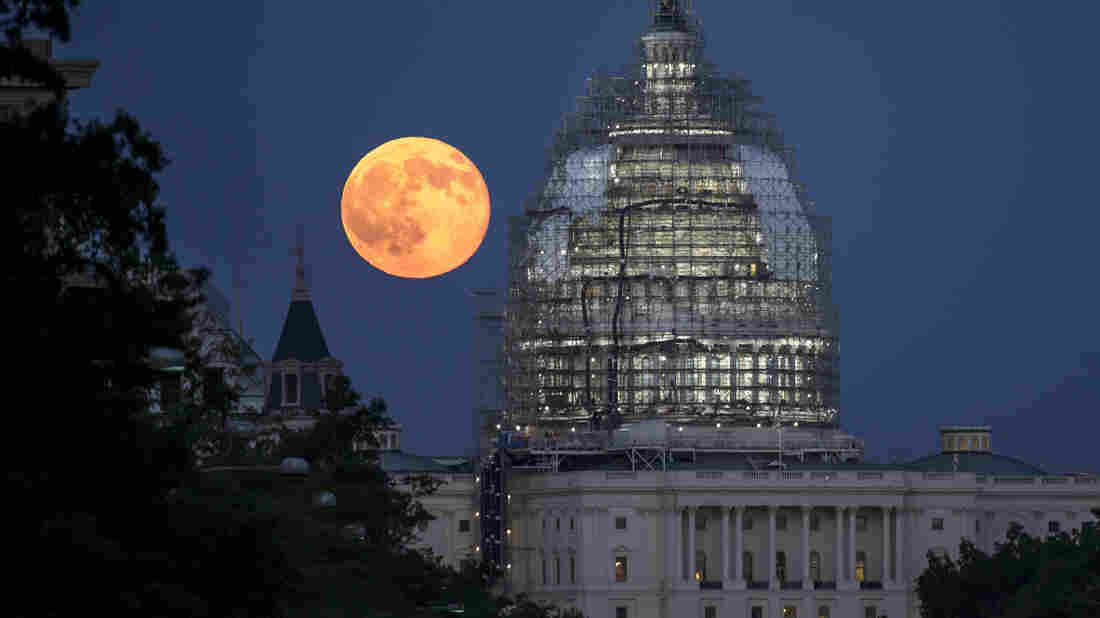 Despite a desire for government services, Americans in a new poll were clearly dissatisfied with the level of service they feel they receive. Getty Images hide caption 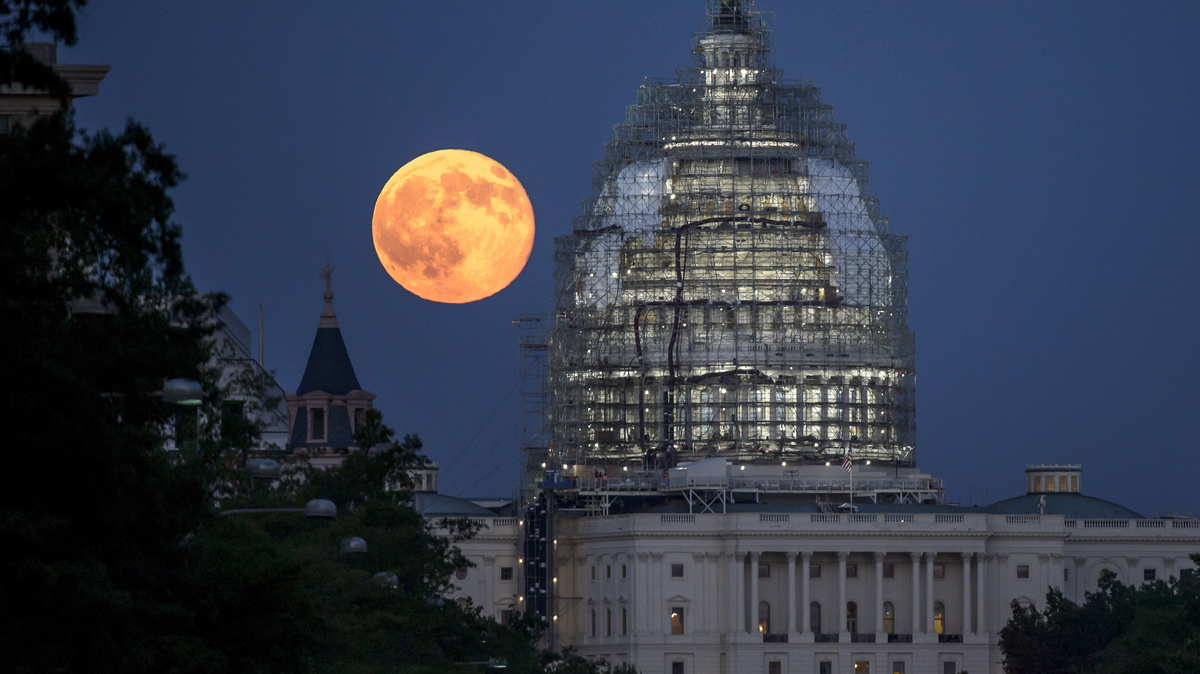 Despite a desire for government services, Americans in a new poll were clearly dissatisfied with the level of service they feel they receive.

Only 19 percent of Americans — about 1 in 5 — say they trust the government "always or most of the time," according to a study released by the Pew Research Center on Monday. Yet clear majorities also favor the government taking "a major role" in fighting terrorism, responding to natural disasters, keeping food and drugs safe, protecting the environment, strengthening the economy and improving education.

Despite this desire for government services, Americans are clearly dissatisfied with the level of service they feel they receive. Three out of four, 74 percent, say public officials put their own interests ahead of the nation's. And a majority, 55 percent, say ordinary Americans would "do a better job of solving problems" than the people whose job it is to do so.

Trust in government appears to have been higher half a century ago, at a time when the Cold War may have had more of a rallying effect on public opinion — along with the space program and high employment and general prosperity. A similar survey in 1964 found 77 percent of Americans trusted the government either always or most of the time.

Confidence in government has clearly suffered over the ensuing decades, with Vietnam, Watergate, energy crises, various economic troubles, partisan gridlock in Washington and the recent frustrations in Iraq and Afghanistan. And that is not to mention the myriad stories of administrative breakdowns, personnel problems and computer hacking.

The trust level generally trended downward after the mid-1960s in the National Election Study, and in polls by Gallup, the New York Times and other news organizations, descending below 30 percent for the first time in the late 1970s. The trust level percentage rose into the 40s at times during the middle part of Ronald Reagan's presidency, declined through most of George H.W. Bush's presidency and fell all the way to 20 percent during the second year of Bill Clinton's time in the White House. Thereafter, however, an improving economy helped the trust level recover again.

After the attacks of Sept. 11, 2001, the trust level briefly got over 50 percent again. But it fell rapidly thereafter through the George W. Bush years and slipped below 20 percent during the presidency of Barack Obama. In 2011, the moving average of major polls including the Pew Research Poll showed trust at just 17 percent.

People trust their own parties more

In general, trust levels among Democrats have been higher when Democrats are in the White House, while Republicans have expressed more trust when Republicans were president. Four out of 5 Republicans (and Republican-leaning independents) told Pew they prefer a smaller government with fewer services, while only 3 out of 10 said so among Democrats and Democratic leaners.

The Pew report is based on more than 6,000 interviews conducted in all 50 states between Aug. 27 and Oct. 4, 2015. That is a highly unusual sample in its size, which is five to 10 times larger than most of the polls often cited in the media. The Pew research also includes interviews done by cellphone, reaching a wider range of people than surveys done by landline phone or via the Internet.

More Republicans than Democrats say they're angry with the government

Republicans are nearly three times as likely as Democrats to say they are angry with the government — 32 percent vs. 12 percent. Among those who say they vote frequently and follow politics on a regular basis, the gap widens — 42 percent to 11 percent. GOP presidential candidates Donald Trump, Marco Rubio, Ted Cruz and Ben Carson get higher favorable ratings among Republicans who say they are angry at government than they do among other Republicans.

What is more surprising is that the parties are much less divided on the desire for government to play a major role in providing various forms of security, roads and bridges, safety and disaster response. Four in 5 in both parties said the government should have a major role in managing immigration. Here are more findings from the survey:

Spending limits: Big majorities in both parties said they favored some kind of spending limits in U.S. elections. Among those who called themselves conservative Republicans or Republican leaners, 68 percent supported the idea of limiting how much individuals and organizations can spend.

Safety nets: On issues of the social safety net, however, the partisan divide reappears. Some 72 percent of the Democrats and their leaners saw a major role for the government in lifting people out of poverty; only about a third of Republicans did. The same gap appeared on the question of government ensuring access to quality health care.

Government reform: The survey found almost 60 percent of Americans think their government needs "major reform," a sharp increase from the late 1990s, when less than 40 percent of those surveyed said so.

Natural disasters: Government got its best marks in the latest Pew data for its performance on natural disasters, and setting fair and safe standards in workplaces. About half the respondents in each party said the federal government did a good job on roads and on ensuring access to high-quality education.

Government agencies: Individual government agencies also sometimes did better than one might expect. More than 80 percent of respondents were positive about the performance of the U.S. Postal Service. But just 39 percent have a favorable opinion of the scandal-plagued Department of Veterans Affairs, which had almost a 70 percent positive rating in 2013.

Although the Pew study was focused on the federal government, it also found a majority, 56 percent, saying that large corporations have a negative impact on the country. A similar majority said the entertainment industry has a negative impact, and almost two-thirds, 65 percent, said the same thing about the national news media.