Accessibility links
Up, Up And Away: Balloon School For Parade Newbies Balloons are a mainstay of Thanksgiving Day parades across the nation. It takes skill, strength and teamwork to control those helium-filled bags of fun — that's exactly what balloon school is for. 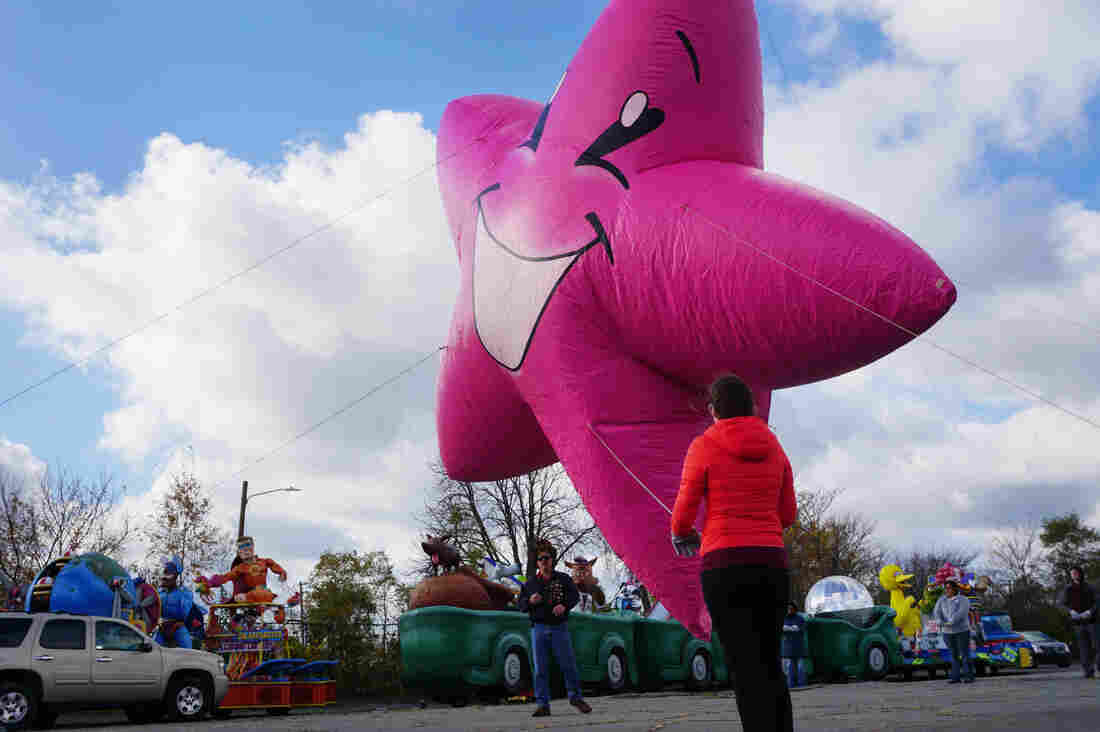 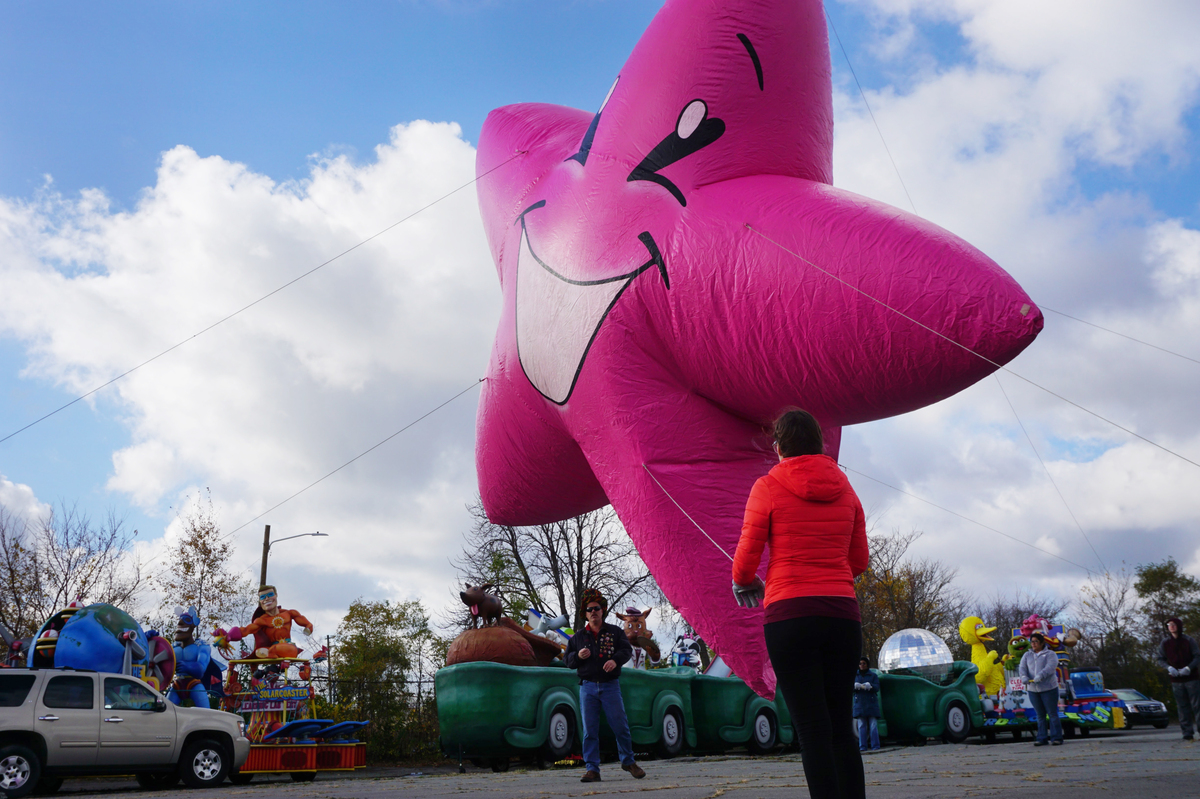 Volunteers learn how to handle balloons for the upcoming Thanksgiving Day parade in Detroit.

In a massive Detroit parking lot, a star is rising — it's a happy star, you can tell by the grin painted on it. It's a balloon, ready to be used by those practicing for the upcoming Thanksgiving Day parade.

Balloon school is in session, and the man in charge is Don Morris.

"Just feel the balloon again, have the rope in your hand. I don't think people are used to having something 3,000 cubic feet of mass above their head and that can be moving all over the place," Morris says.

It can take as many as 30 people to pull and prod a three-story-tall balloon.
Newbie handlers like Kelley Marcaccio say it makes for a full-body workout.

"It's windy, it's awkward, it's like a giant kite. Couple times the balloon wanted to crawl away from us or fly away from us," Marcaccio says.

What did she do?

"Held on tight and prayed," she says, laughing.

The balloons soar as high as 40 feet above ground. Morris says that in 1990, one balloon here soared quite a bit higher.

"Three balloons let go at once. We were able to catch two. The one that was in the middle of everything unfortunately — it was the penguin balloon — and unfortunately all of a sudden we just watched him rise up. We went to the Detroit Police Department and said you're going to have to let planes in the area know that we have this 3,000-cubic-foot mass floating in the air somewhere," he says.

The penguin balloon called Chili Willy eventually crashed in a lake 25 miles away.

There's a new penguin now, housed inside an expansive warehouse stuffed with floats and costumes for the upcoming parade.

Even veterans like Chris Matus, who says he married into a family of balloon handlers, sometimes need a refresher course.

"There was one year where the ropes got tangled, and one year a friend of mine got his hand caught in the rope and the captain had to cut it out, and I saw once they caught a lamp — a street lamp. But nothing's ever broken, no one's ever gotten seriously hurt. I mean, it's part of the fun, right? Kind of the controlled chaos of the moment. Keeps it exciting," he says.

Amid the "controlled chaos," there is a real sense of family among the volunteer handlers.

One of the volunteers is here to honor his late mother and her love of the holidays.

"She was somebody that enjoyed the holidays. She liked making other people smile," Jeff Scheumann says. "I'm out here making everybody smile."

Instructors have one last lesson to impart. It's not all about flying these balloons. The job isn't over until the balloons are deflated and rolled up.

The spirits of the hundreds of handlers are anything but deflated. They're eagerly awaiting the chance to showcase their balloon during the Thanksgiving Day parade.