Accessibility links
Trump Reasserts Claim That 'Thousands' Of N.J. Muslims Cheered After Sept. 11 Monday's rally in Ohio followed the recent terrorist attacks in Paris and a string of controversial remarks that GOP presidential candidate Donald Trump had made regarding Muslims in America. 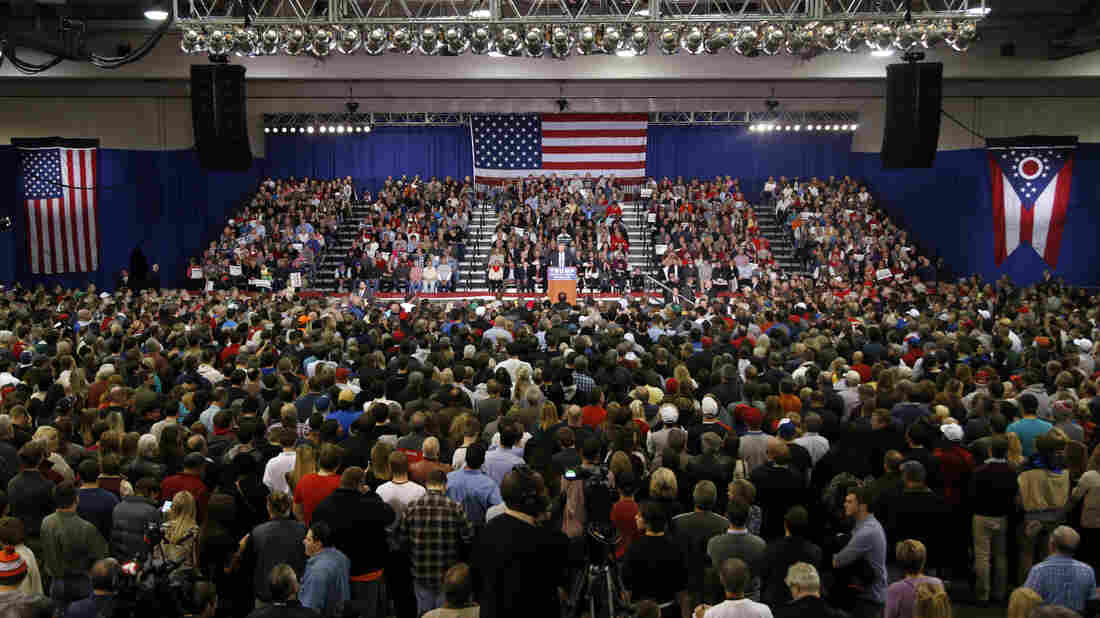 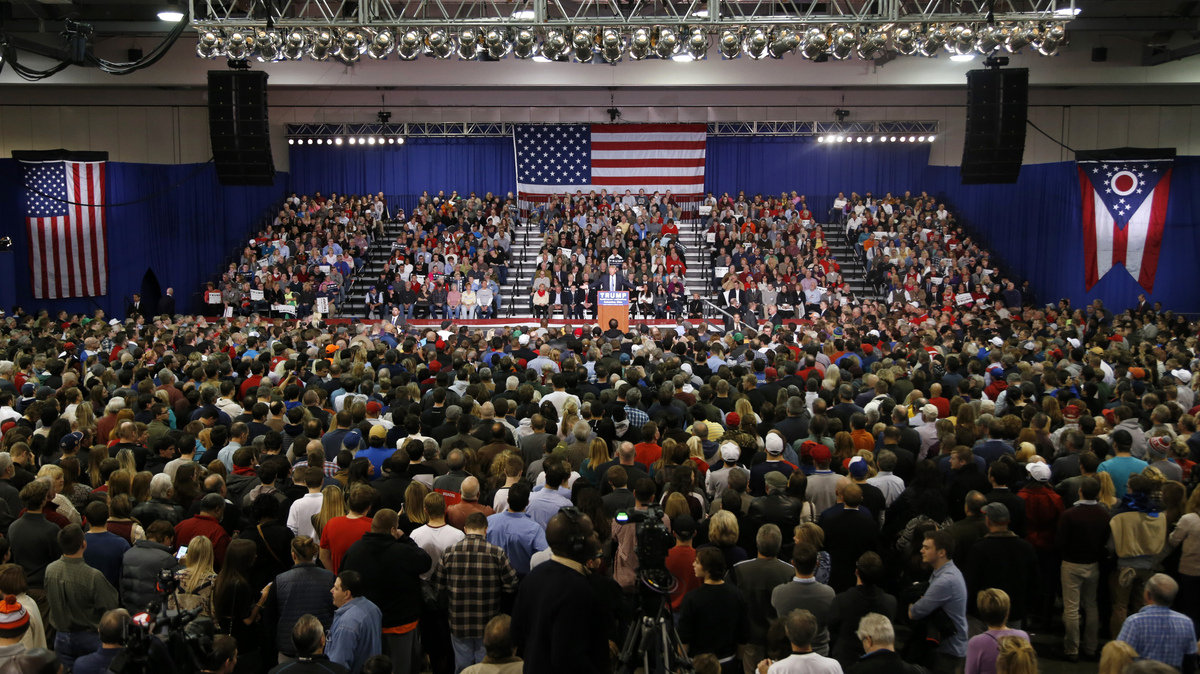 At a campaign rally in Ohio on Monday, Donald Trump said once again that on the day of the Sept. 11, 2001, attacks there were big, public celebrations by thousands of Muslims in New Jersey as they watched the twin towers collapse. The comments come despite denials by police and other New Jersey public officials — and the absence of news reports detailing such events of that day.

Monday's rally drew 14,000 people. It was Trump's first campaign stop in the presidential battleground state, and he opened with a classic Ohio State football cheer.

But there was a bigger cheer when he pledged — without any details — a tough response to ISIS.

And, again to cheers, Trump embraced an interrogation method now classified as torture.

Then there's the matter of Trump's claims, first made last week, that when the World Trade Center came down on Sept. 11 he saw "thousands and thousands" of people cheering in Jersey City — Muslims.

But police say it didn't happen. Trump was asked about that Sunday morning on ABC News' This Week.

"Now, I know they don't like to talk about it, but it was well-covered at the time. There were people over in New Jersey that were watching it, a heavy Arab population, that were cheering as the buildings came down," he said. "Not good."

Local officials in New Jersey continue to dismiss Trump's claims. Steven Fulop, mayor of Jersey City, said on news radio station 1010 WINS that he thinks it's "shameful that he's politicizing 9/11 ... from our standpoint you really gotta question where he's coming from."

In Columbus on Monday night, Trump said "the reporters are calling all day, all night ... they want to find out did Trump make a mistake," he said.

"Within hours of two jetliners plowing into the World Trade Center," Trump said, reading from the article, "law enforcement authorities detained and questioned a number of people who were allegedly seen celebrating the attacks."

Now, there is no reference in the article to Trump's claim of seeing thousands and thousands of Muslims celebrating in Jersey City. But he highlights another line in the same story.

"And holding tailgate style — tailgate! You know what that means? Tailgate! That means football games, Ohio State. Thousands of people, in parking lots, on roofs. Tailgate is a lot of people."

For this audience, Trump is on point — and comes across as believable.

Rick Johnson, 55, from Kettering, Ohio, said he "heard about that, too, when it happened. ... A lot of 'em were cheering, especially over in the Middle East."

Johnson connects that moment to today's fight with ISIS — and to the Syrian refugees hoping to settle in the U.S.

"I believe the refugees coming in, they need to find out who they are — have a database, where they're at, where they're gonna be staying," he said. "Nothing wrong with that."

Johnson adds that he admires Trump because he tells it straight. Even if the fact checkers say otherwise.