Accessibility links
Downed Russian Military Jet Heightens Debate Over Syria No-Fly Zone Hillary Clinton, Marco Rubio and others are supporting the idea of a no-fly zone over Syria to try to help civilians there. But skeptics say it no longer has any relevance to today's Syrian crisis. 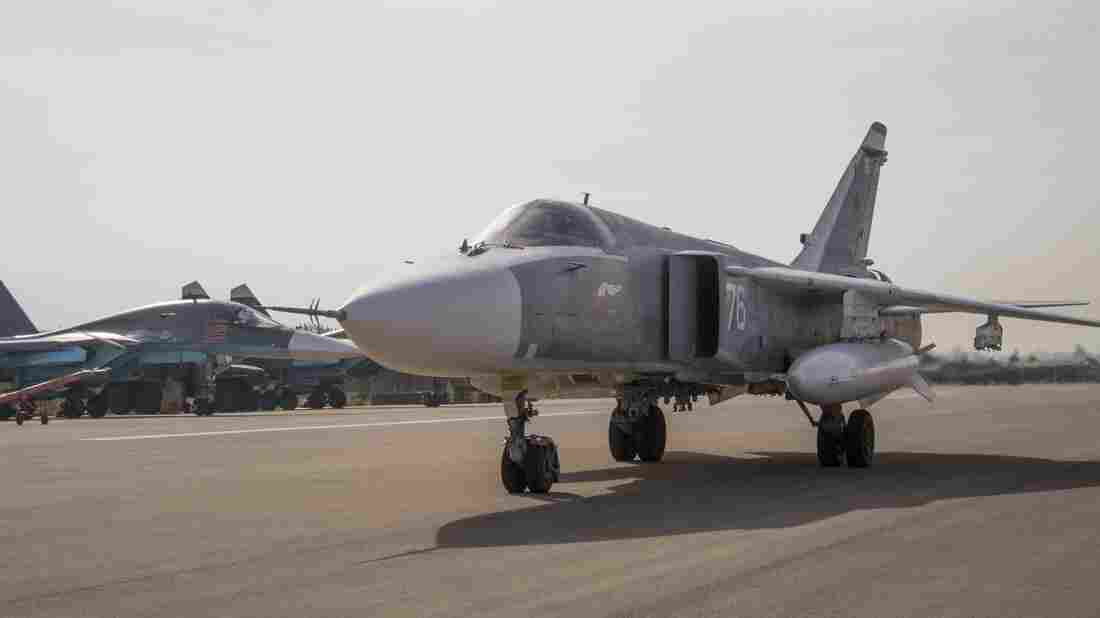 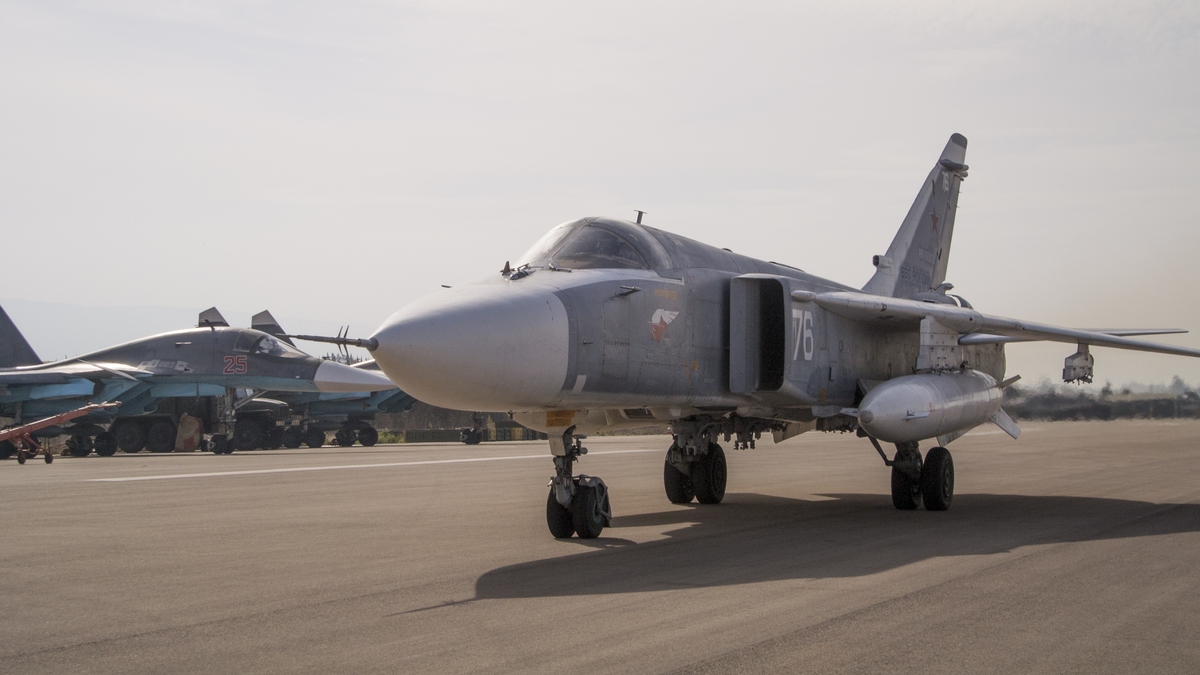 A Russian warplane taxies at Hemeimeem airbase in Syria. Advocates say a no-fly zone would keep Syrian aircraft from attacking anti-government rebels and endangering civilians, which might allow Syrians to feel safe enough to stay put.

What The 2016 Candidates Would Do About ISIS, In One Chart

A Russian warplane shot down over the Turkish border on Tuesday crashed in an area of Syria that advocates want to protect with a no-fly zone, or even a "safe zone" — fenced off from attacks by the Syrian regime or extremist groups like the Islamic State.

The theory is that a buffer zone along Turkey's border with Syria would help ease the refugee surge into Europe by providing a wide swath of land where refugees could take shelter without having to travel so far from home. A no-fly zone would be more limited. It would keep Syrian aircraft from attacking anti-government rebels and endangering civilians, which might allow Syrians to feel safe enough to stay put.

"You need to do something to stanch the flow of refugees," said Dennis Ross, a long-serving former U.S. diplomat who specialized in the Middle East.

European nations are eager to stop the flow of humanity pouring in from Syria, Iraq, Afghanistan and elsewhere, he said, and a show of action like the establishment of a safe zone might make a difference. Ross said the U.S. should play a role but that regional players such as Turkey, Saudi Arabia, the United Arab Emirates and others should also contribute ground forces and funding to make it a reality.

Instead of being distracted with a no-fly zone, we should put together a cohesive, coherent strategy to eliminate the Islamic State.

The complexity of such an operation, however, is what has made President Obama so reluctant. The Defense Department studied options for Syria earlier in the crisis, concluding that thousands of U.S. troops might have to seize and then patrol a buffer zone big enough to make a difference. It would be a massive, complex undertaking, Obama warned.

"Who would come in and who would come out of that safe zone?" he asked in a recent news conference. "How would it work? Would it become a magnet for further terrorist attacks? And how many personnel would be required? How would it end? There are a whole set of questions that need to be answered there."

A no-fly zone over Syria wouldn't involve a major ground deployment, but it could cost about $1 billion per month, according to one Pentagon report.

Not only that, U.S. officials point out, a no-fly zone creates risks for the American air crews who'd be asked to fly over hostile Syrian airspace. Russian fighter aircraft are patrolling those same skies and Russia has supplied advanced air-defense systems to the Syrian military.

Skeptics say that a no-fly zone is an idea that no longer has any relevance to the Syrian crisis as it actually stands today.

"I think we've gone past the point where a no-fly zone can be effective," said retired Air Force Lt. Gen. David Deptula, a former top commander of air forces in the Middle East. "Instead of being distracted with a no-fly zone, we should put together a cohesive, coherent strategy to eliminate the Islamic State."

If the U.S. wanted to keep Syrian rebels and civilians safe from regime airstrikes, for example, it could destroy the Syrian air force's aircraft on the ground, Deptula said. And Obama could order his commanders to ease the restrictive rules of engagement, meant to keep civilian casualties low, which now tightly prescribe how and when American warplanes may attack their targets.

Still, Clinton, Ross and others are intent on a no-fly zone or a safe zone. They're as much a diplomatic tool as a military one in the conflict, advocates say. Clinton said that if she's elected, she'd try to involve the Russians in such a strategy in order to bring their focus into fighting ISIL and away from protecting Syrian President Bashar Assad.

"I think that it would give us this extra leverage that I'm looking for in the diplomatic pursuits with Russia with respect to the political outcome in Syria," Clinton said at the Council on Foreign Relations last week.

Discussions about a safe zone also would make clear that the U.S. intends to play a lasting role in the future of Syria, Ross said, and would give Russian President Vladimir Putin an incentive to join those discussions.

"[With] a safe haven ... we become much more of an arbiter of the future, we are beginning to change the balance of power," Ross said. "The costs to him potentially go up. From that point of view, the threat of a safe haven is a lever on Putin to do the right thing."