Accessibility links
Reconsidering The Pilgrims, Piety And America's Founding Principles Conservatives who want to emphasize America's Christian roots embrace the story of the Pilgrims and the Mayflower Compact. But some historians say their role in the country's founding is overstated. 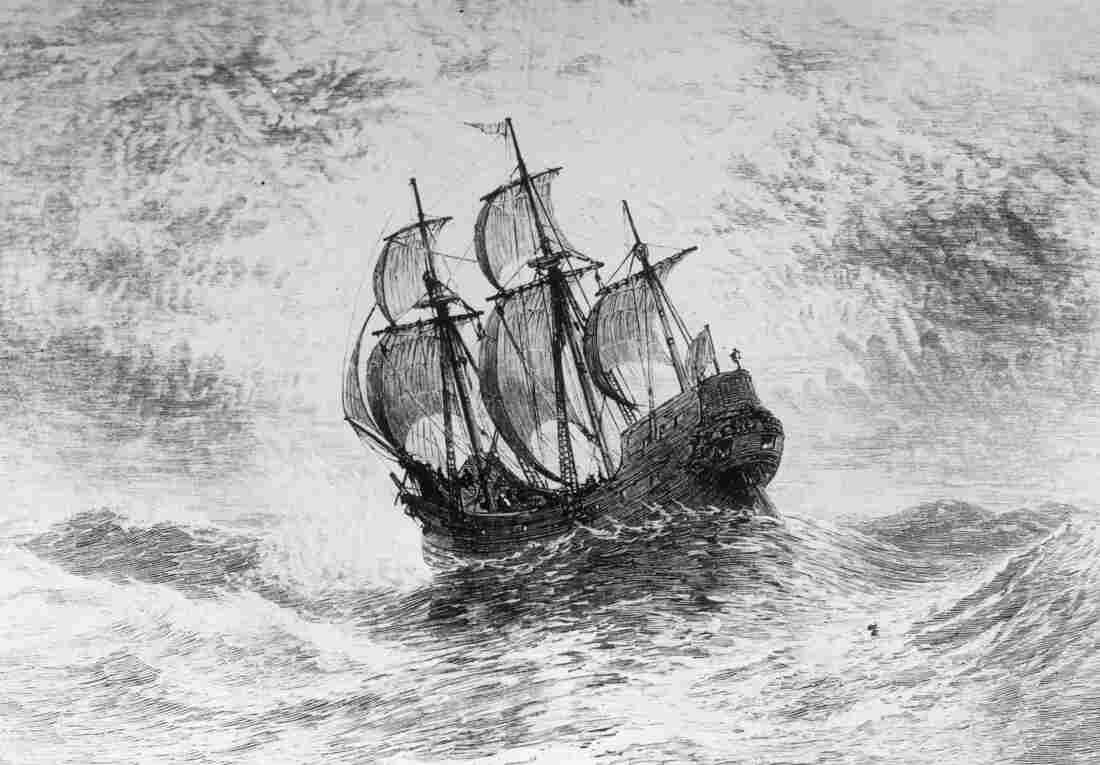 The Mayflower, the ship in which the Pilgrims crossed the Atlantic to the New World in 1620. Three Lions/Getty Images hide caption 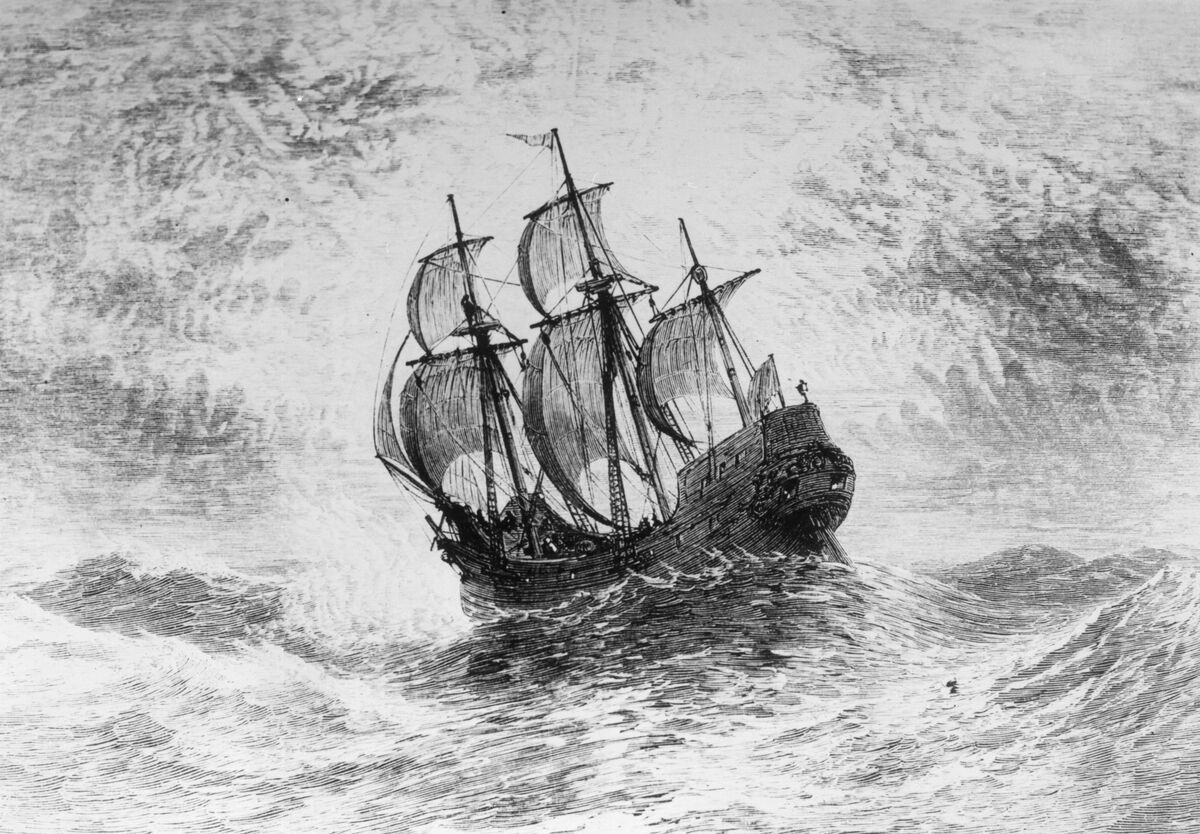 The Mayflower, the ship in which the Pilgrims crossed the Atlantic to the New World in 1620.

The Pilgrims are among the early heroes of American history, celebrated every Thanksgiving for their perseverance in the New World against great odds.

To Christian conservatives, they are role models for another reason as well: They were deeply committed to their Christian faith and not afraid to say so.

In the Mayflower Compact, the governing document signed shortly before the Pilgrims disembarked in Massachusetts' Provincetown Harbor, Pilgrim leaders said they undertook their voyage across the Atlantic "for the glory of God and the advancement of the Christian faith."

Some Christian activists cite that declaration as evidence for their claim that America was founded as a Christian nation, notwithstanding the fact that the Declaration of Independence and the U.S. Constitution were written more than 150 years later and incorporated a much broader variety of early American views.

Puncturing Myths About The Pilgrims

In countless retellings over the past 400 years, the Pilgrim story has become part of American mythology, and fact has not always been separated clearly from fiction. The Pilgrims, a new PBS film released in time for the Thanksgiving holiday, attempts to set the record straight.

"Our aim is just to say, 'Hey, what really happened?'" says Ric Burns, who wrote and directed the film. "What made the Old World intolerable to these people who came over? What did they believe? What happened to them along the way? How were they transformed by the extreme nature of the experience they had?" 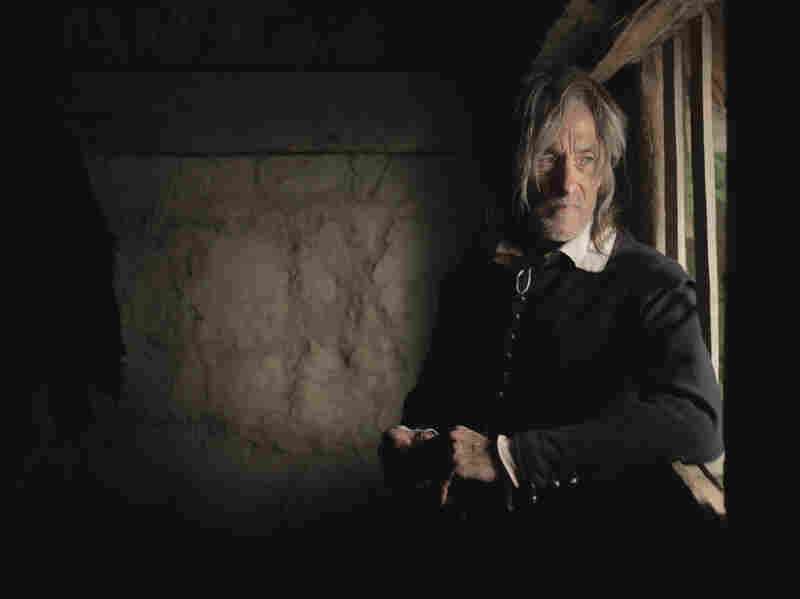 The written account of William Bradford, the Pilgrims' most famous governor (played by Roger Rees in PBS film The Pilgrims) provides much of what is known about the Pilgrims' experience. Courtesy of Tim Cragg/PBS hide caption 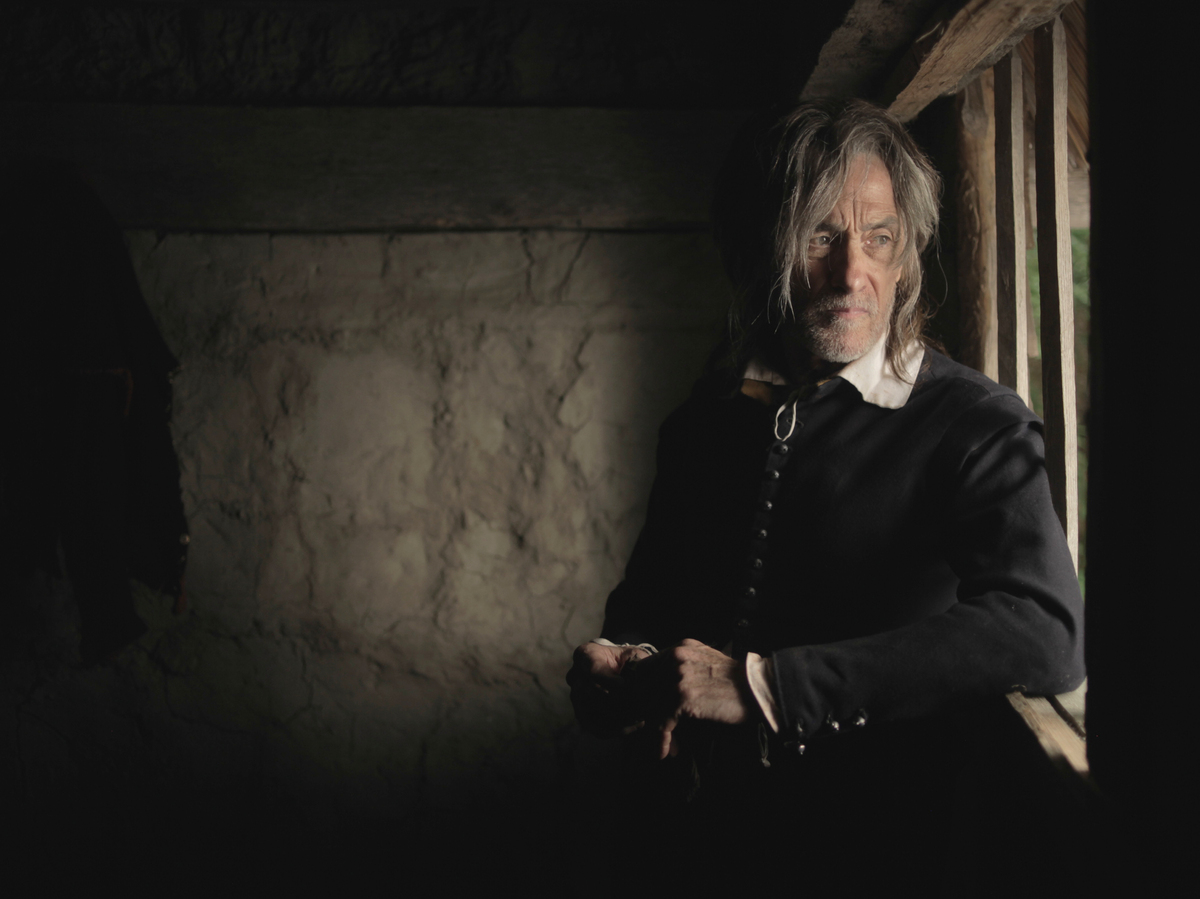 The written account of William Bradford, the Pilgrims' most famous governor (played by Roger Rees in PBS film The Pilgrims) provides much of what is known about the Pilgrims' experience.

Viewers are reminded that much of what we know about the Pilgrims comes from the written recollection of their most famous governor, William Bradford. Portions of his account are read in the film by the actor Roger Rees.

The description of the settlers as "pilgrims" comes from Bradford himself, who recalled lines from Hebrews 11. "They desired a better country," Bradford wrote, "a heavenly one, wherefore God was not ashamed to be called their God."

It is from Bradford's account, narrated in the PBS film, that we know about the cruelty of the Pilgrims' first few months in the New World, when half of the settlers died from starvation or disease.

"It was winter, and they that know the winters of that country know them to be sharp and harsh," according to Bradford's account. "What could they see but a hideous, desolate wilderness, full of wild beasts and wild men?"

In his film, Burns punctures some of the myths associated with the Pilgrims. They made peace with some of the Indians they encountered, but they slaughtered others. They were devout, but they weren't exactly proponents of religious freedom: People who didn't accept their strict beliefs were expelled from their community.

'Advancement Of The Christian Faith'

It is clear, however, that the Pilgrims leaders set up their colony with the intent that it be governed by biblical principles, as evidenced by the Mayflower Compact. David Barton, an evangelical whose references to history have won him attention in conservative Republican circles, has often cited the Pilgrims' dedication in the Mayflower Compact to "the advancement of the Christian faith."

"It says those people came here to propagate the gospel of the Lord Jesus Christ," Barton said a speech available online. "That was their goal, and that's what they were gonna pursue in America."

The Most Influential Evangelist You've Never Heard Of

Cue The Tape: How David Barton Sees The World

Secular historians, he continued, have downplayed that reference.

"We're talking about a government document here with a lot of evangelical language in it," he declared. "Most people today are willing to concede that religion is OK if you keep it in private. Keep it at home or keep it at church, but ... you don't want it at school. You don't want it in the courthouse. ... Those aspects of our heritage that are religious and also show public religious expression, we pretty much ignore today."

In an interview with NPR, Barton says the Pilgrims' story makes clear that America was founded as a Bible-based Christian nation.

Barton is quoting an 1892 Supreme Court ruling that includes a reference to "a mass of organic utterances that this is a Christian nation."

'One Little Pocket Of Colonial America'

Historians, however, have disputed the extent to which the Pilgrims can be counted as among America's founding fathers.

"This is one little pocket of colonial America," says John Fea of Messiah College in Mechanicsburg, Penn. He has written widely on America's early religious history.

"It's hard to make the same argument if you're studying Virginia or Pennsylvania or the Carolinas or Georgia," Fea says. "We've taken that New England model and extrapolated from it over the last 200 or 300 years into some kind of view of the nation as a whole."

Fea notes the absence of any reference to the Bible in either the Declaration of Independence or the U.S. Constitution.

"There are a lot of arguments that say, 'This was just in the air. The Bible would have influenced their construction, even though it's never mentioned,'" he says. "But as a historian, I need a smoking gun. Maybe they left it out because they deliberately wanted to leave it out."

As for the Pilgrims, the PBS film shows their history to be turbulent and often messy.

"Let me tell you," says Burns. "This is more like Joseph Conrad's Heart of Darkness in many ways than it is like, 'Let's all sit down for turkey for Thanksgiving.'"