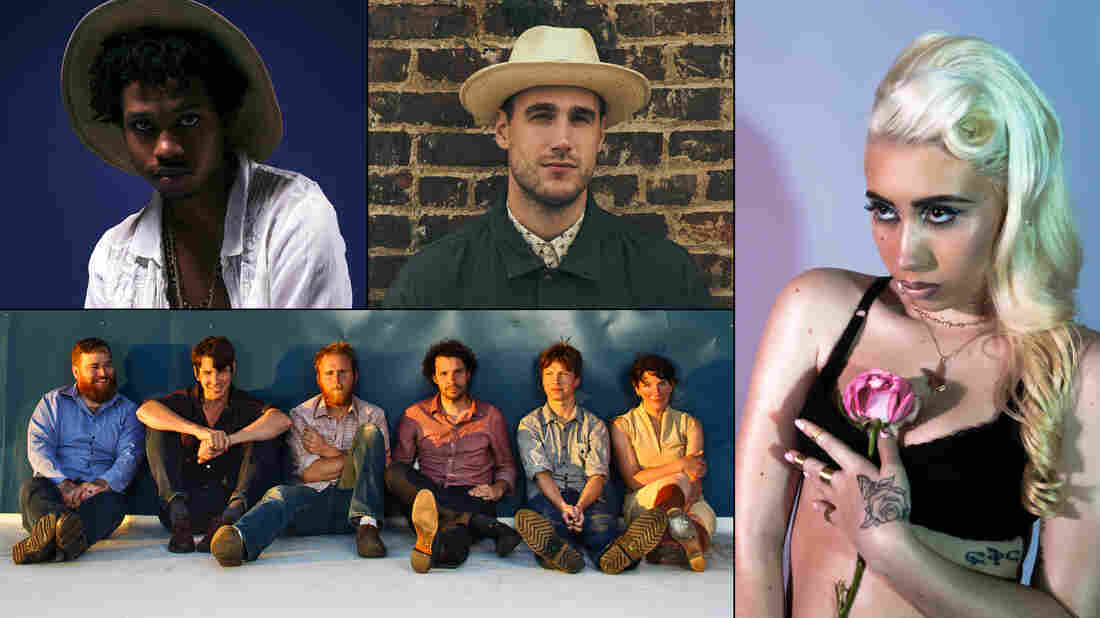 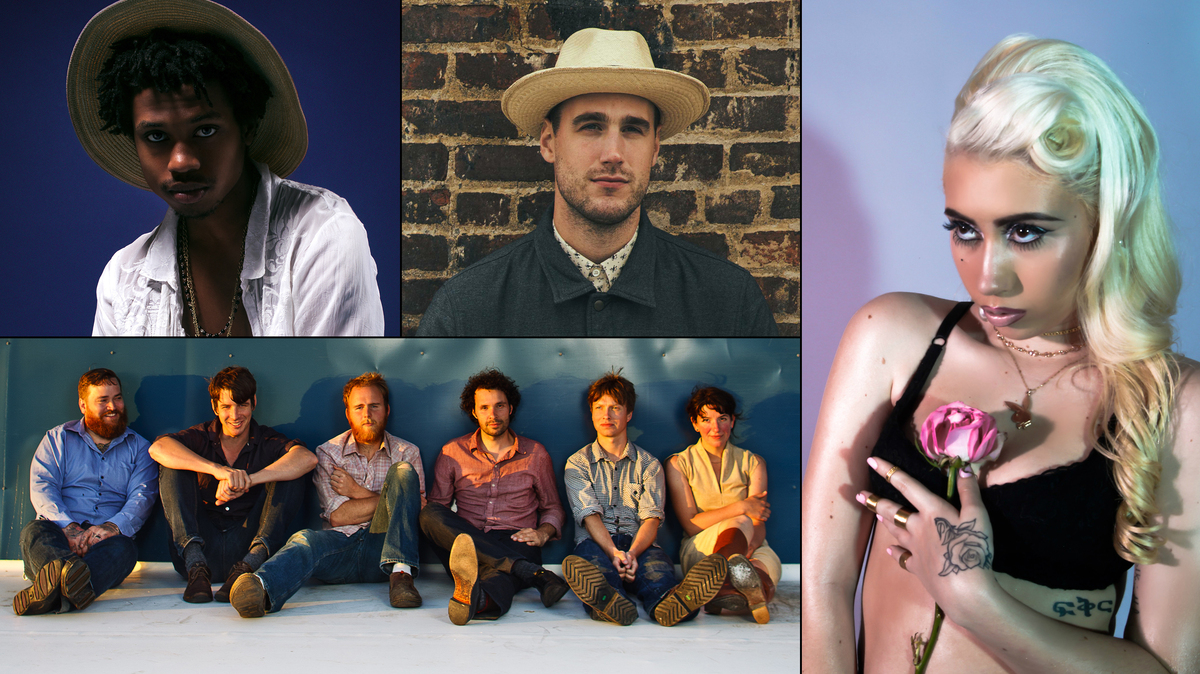 This Thanksgiving, All Things Considered presents a twist on its annual music chat. Ari Shapiro welcomes four very different musicians, each of whom was named by one of his or her fellow guests as an artist to be thankful for.

The chain of gratitude begins with Shapiro's pick: lead singer Israel Nebeker of the band Blind Pilot. Hear the four-part conversation at the audio link on this page, and read excerpts below.

On the song "Joik #3," about his late father and Arctic heritage: "I was thinking about him, of course, and all the things that I'm grateful to him for, things that he's given me throughout my life. One of the most significant things seemed to be my line of ancestry, and how I will always belong to him through that. The word joik roughly translates to 'song,' but it's a little different — the songs in our culture belong to the writer, and a joik belongs more to the subject. It's supposed to embody the person that it's about. So this is my attempt at writing a joik for my dad."

Listen to an unreleased song from Blind Pilot's next album, coming in 2016.

On Rayland Baxter: "He has a great album called Feathers and Fishhooks, and he has a new single out called 'Yellow Eyes.' I like that Rayland Baxter writes these lines that are very personal, to the point where you're not sure what they actually mean — but you know exactly how they feel. I'm not sure exactly what this song is about for him, but for me it really embodies this notion of being fiercely yourself, above the self that others wish you to be."

On the song "Yellow Eyes": "It stemmed from a conversation that I was having with a girlfriend at the time. We decided to break up, and she had been unfolding a paperclip and just left it on the countertop. When she walked out the door, that paper clip never moved; I think a few days later it was on the counter after avoiding a barrage of groceries. So I looked at the paper clip for a second — and then [picked up] a guitar. ... When you love somebody, whether it's a family member or somebody you're romantically involved with, you give a bit of yourself to that person and they get to hold onto it forever.

On Raury: "When I got hip to Raury was on his last album, All We Need. It's just all over the map: It's got hip-hop, it's got singer-songwriter kind of stuff, it's got folky lyrics. He's got a great message — he wants to save the world, he wants his friends to ride this crystal express through the glorious days. ... It's a really great album, and he produced it himself."

On music as a form of leadership: "There's so many stigmas and so many myths about how nobody wants to hear from an artist with a message, nobody cares about what you politically think, people just want to be entertained. But I believe that there's one simple fact: That once all hate is gone, once people understand each other and once we change our views of [how] we seek pleasure, man, the world would be such a better place. And I'm just cultivating the young minds to see the world that way."

On Kali Uchis: "It's really dope to see an artist that is so self-contained with their creations, from her music to her videos to her aesthetic. I feel like with her, and artists like me in this generation, it's our job to take something from the past and bring it into our generation so our young kids can understand it and appreciate it."

On her own sound: "I'm trying to create a new genre with every project that I make. I have so many different influences, and I try to remain as versatile and eclectic as I can to where it's like I'm my own thing. So, of course, it's going to be a process. But that's what I want to do."

On the artist she's thankful for: "I'd definitely like to say I'm grateful for Thundercat. I think he's an amazing musician, and I think what he's doing is very different from what a lot of other people are doing right now."