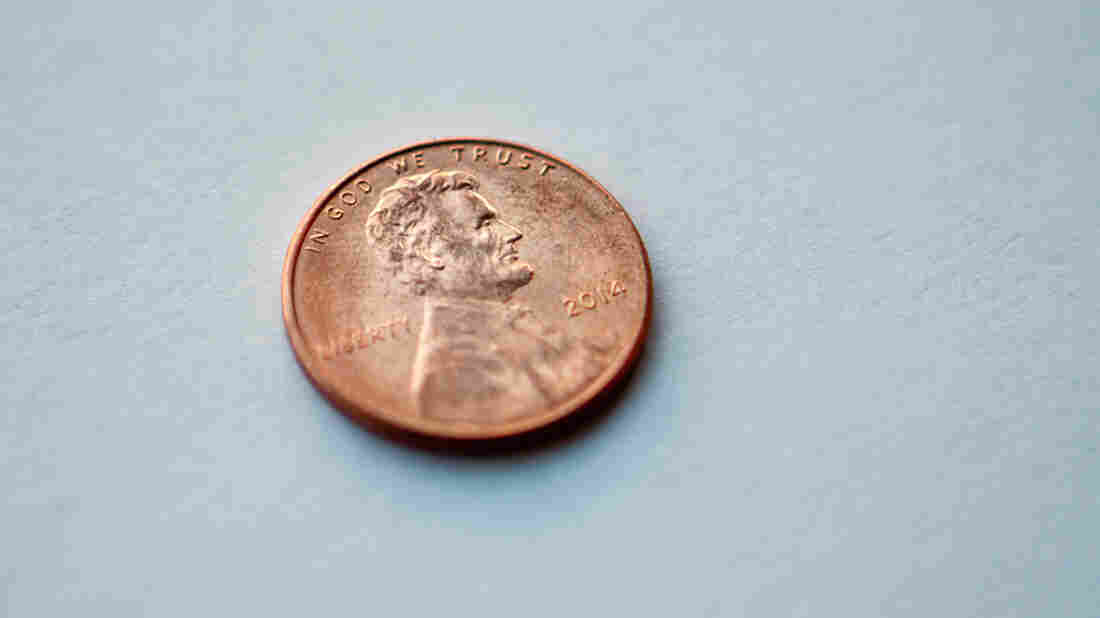 It actually costs more than a penny to make a penny. Jun Tsuboike/NPR hide caption 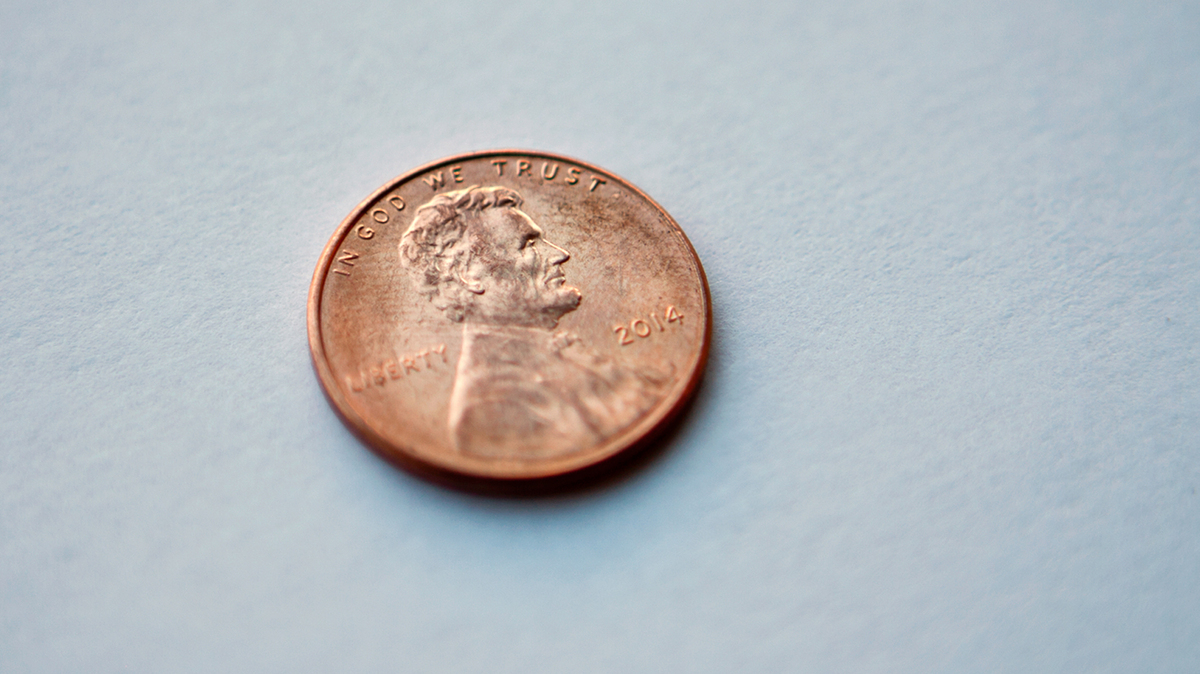 It actually costs more than a penny to make a penny.

Is it finally time to get rid of the penny? The question was put to the top currency official in the country this week after comedian John Oliver took a swing at pennies on his TV show.

"Two percent of Americans admitted to regularly throwing pennies in the garbage, which means the U.S. Mint is spending millions to make garbage," Oliver said.

Of course, more people just let them pile them up in drawers or jars. And that's why, Oliver said, "One study found that two-thirds of pennies don't circulate, and yet the penny hangs around for no reason like the appendix or the new Muppets TV show."

It actually costs more than a penny to make a penny, so the government loses money on the deal.

"It costs roughly 2 cents to make each penny," says Jeff Gore, a professor at the Massachusetts Institute of Technology.

Gore says you also have to consider the time people waste fumbling for pennies at the cash register.

"There are essentially no benefits associated with using the penny, yet there are significant costs," he says.

So Gore doesn't like pennies. And he actually maintains the website retirethepenny.org, which urges the government to get rid of pennies. A few years ago that got him on TV with another comedian, Stephen Colbert.

"What about Lincoln, sir? How is this in any way different than going back and re-assassinating Abraham Lincoln? You might as well build a time machine and sneak up behind him. You might as well shoot him in the head with a penny," Colbert said.

"I like to think it's a little bit different," Gore replied.

"Give me one way it's different," demanded Colbert

"Until you get to it," Colbert shot back.

And actually, most Americans seem to side with Colbert on this. Polls have shown that most people want to keep the little copper-colored coin.

"American Society is very innovative and forward-looking in many ways, but in a few other dimensions we tend to be quite conservative," says Francois Velde, an economist with the Federal Reserve Bank of Chicago. "And interestingly, the currency is one of those areas. You look at the design of our currency. It's been the same dead presidents on the bills, on the coins for almost a century, and we're rather attached to that I think."

Canada Bids Its Penny Goodbye; Should The U.S.?

Some people worry that getting rid of pennies could push prices up by a few cents. But Velde says there might be a tiny, one-time blip — if prices rose at all. He says Canada ditched the penny recently without any problems.

Treasury Secretary Jack Lew said this week that the government is reviewing a proposal to stop making the penny. But Velde says he has an even better proposal: Nickels cost five times as much as pennies to make.

"You would just abandon the nickel and just declare that all the pennies are worth 5 cents. That's something that happened quite a lot in the Middle Ages where coins did not have face values and governments occasionally changed the face value of a coin," Velde says.

But that would take an act of Congress, so don't hold your breath. And whatever happens, the Treasury Department says you will always be able to spend your pennies or nickels — even if the government stopped minting them.