Accessibility links
From Dream Bride To Doll For Boys: The Evolution Of The Barbie Ad Barbie commercials have come a long way since the 1950s, when one ad encouraged girls to want to get married. Today's commercials market the doll to boys and show girls dreaming about their careers. 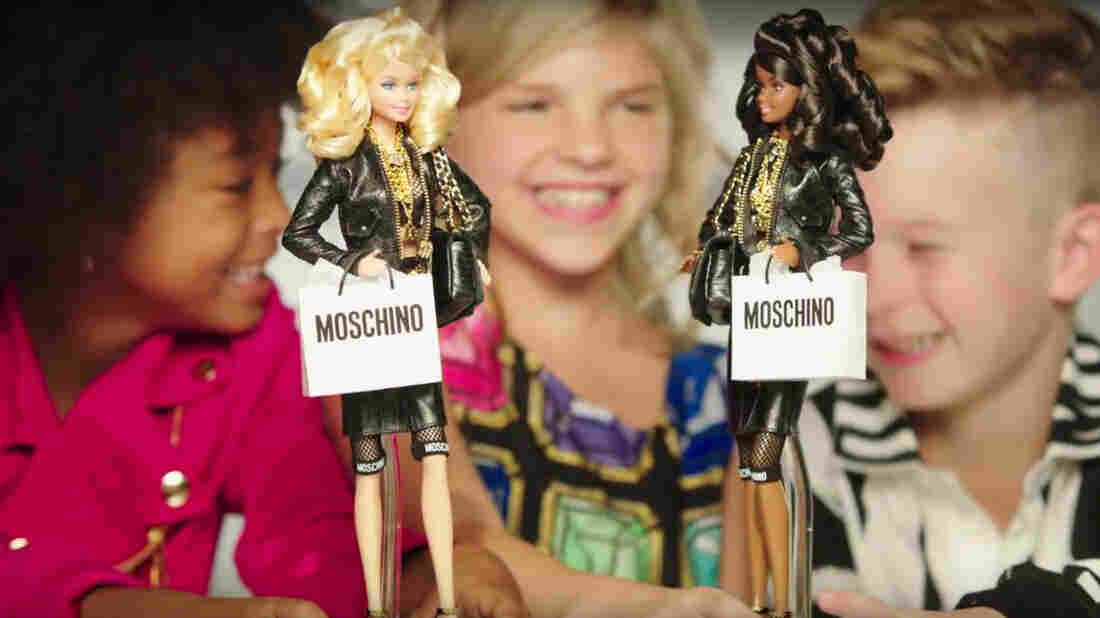 Mattel's Michelle Chidoni says there wasn't any trepidation over casting a boy in a recent Barbie ad. "Barbie is a brand that's all about imagination and storytelling, whether you're a boy or a girl," she says. Moschino via YouTube hide caption 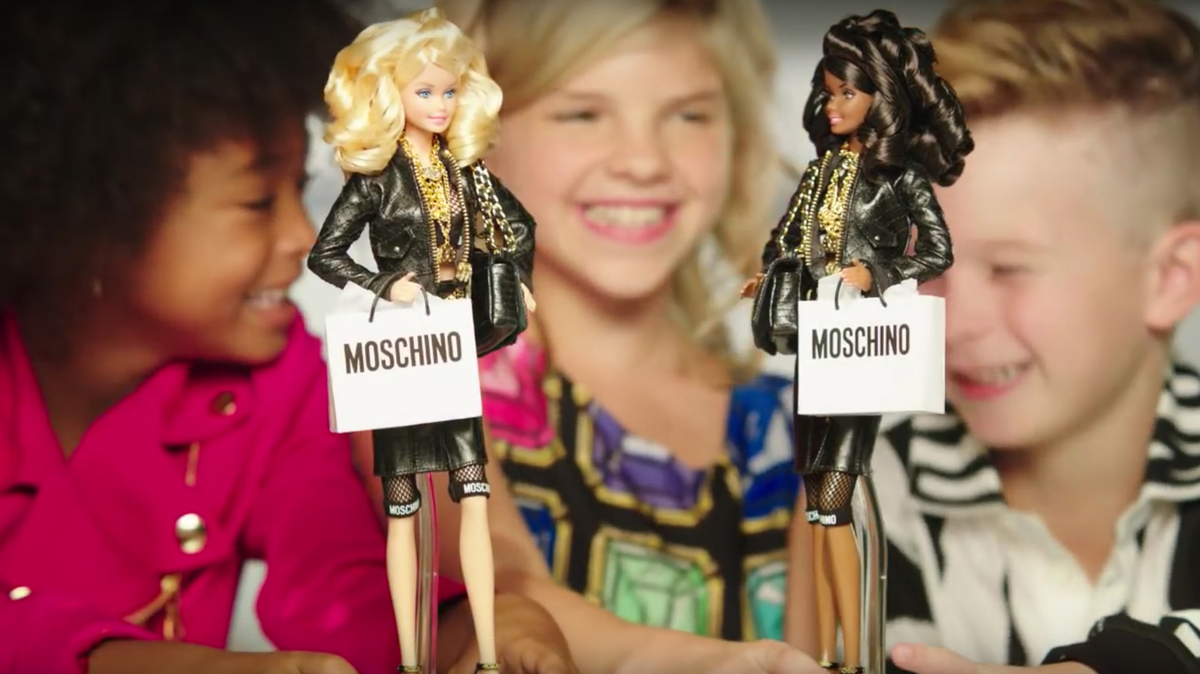 Mattel's Michelle Chidoni says there wasn't any trepidation over casting a boy in a recent Barbie ad. "Barbie is a brand that's all about imagination and storytelling, whether you're a boy or a girl," she says.

Black Friday might look pretty pink to parents flooding the nation's Barbie aisles. But even though Barbie is a billion-dollar brand, it's facing stiff competition — especially in the form of Elsa from the movie Frozen. So its maker, Mattel, is trying to fight back with new ads intended to freshen Barbie's image.

One ad is part of a high-end collaboration between Barbie and the Moschino fashion brand. It features three precocious little kids. That's nothing new for a Barbie ad — except, for the first time, one of them is a boy:

Was there any trepidation at Mattel over casting a boy in the video? Michelle Chidoni, who works in the company's communications department, says, "No. Barbie is a brand that's all about imagination and storytelling, whether you're a boy or a girl. We believe that play pattern is relevant to both genders."

And she says to expect more tonal turn around when it comes to Barbie marketing. "You're absolutely going to see the brand push boundaries where we haven't before."

Another new Barbie commercial shows grownups charmed by small girls working as a college professor, a dinosaur expert and the adorable coach of a men's soccer team. Then it turns out they've been acting these roles out with their Barbies the whole time:

But sociology graduate student Nicole Bedera says she found that ad to be insufficiently feminist. She acknowledges that Mattel has sold career-themed Barbies for decades, but says many of them, including Paleontology Barbie, are limited special editions. "I think that Barbie is a few steps behind who women are," she says.

To test that theory, NPR showed Bedera a Barbie commercial from 1992, the year she was born. The ad shows three little girls ecstatic about their Teen Talk Barbies. The dolls say things like "I love to shop, don't you?" "Meet me at the mall" and "Do you have a crush on anyone?":

And then there's the Teen Talk Barbie phrase "Math is tough," which was left out of that commercial. That one made an impression on Bedera. She says, "When you see something like this, you realize how far we have come."

That progress is even more apparent when you look at one of the earliest Barbie ads, from 1959. It shows four stiffly posed Barbies in fabulous '50s frocks, and it ends with the line "Someday I'm going to be exactly like you," and a lingering close-up on a Barbie bride. In other words: Someday, I'm going to be married, Mattel-style:

Retired professor Ann DuCille has studied Barbie and her commercials. She says in the late 1960s, commercials tried to lend Barbie youth credibility by making her more fashionable. "They did pick up on the mod aspect of it, but I don't think there was a civil rights Barbie."

Black Barbies were sold in the late 1960s, but you wouldn't know it from the ads on TV. Then in the '70s, commercials started to show girls of different races playing with Barbies together, but only with white Barbies. And while the doll did develop a sportier side, increasingly unfashionable gender roles remained. In one ad from the early '80s, two girls pretend Ken and Barbie are fighting over how she should do her hair. When Barbie wins the fight — about how to wear her own hair — they decide she needs to fix Ken a sandwich:

Barbie marketing changed dramatically with a 1985 campaign — developed by women — that reflected their changing roles in the workforce. One of those ads showed girl gymnasts and even a female little league player. But Ann DuCille never liked its underlying premise of asking for Barbie's affirmation and wanting to be like her.

"I think that's exactly the wrong thing to do because the real message ought to be how unlike any real person this doll is," she says.

Still, Michelle Chidoni of Mattel says it's important to remember that children do not see Barbie the way grown-ups do. "When a girl sees Barbie, she sees adventure and stories," Chidoni says.

In the end, Barbie's toughest critic might be the market. Barbie ads are changing at a moment of real challenge for the brand: Sales have been dropping — more than 15 percent last year alone.

Hello, Barbie! What Do You Want To Talk About Today?