Accessibility links
Pop Culture Happy Hour: A Conversation With Trevor Noah Our panel is on vacation, but that doesn't mean there's no show: in October, our host chatted with The Daily Show's new host about comedy, diversity, decor, visiting South Africa, and lots more. 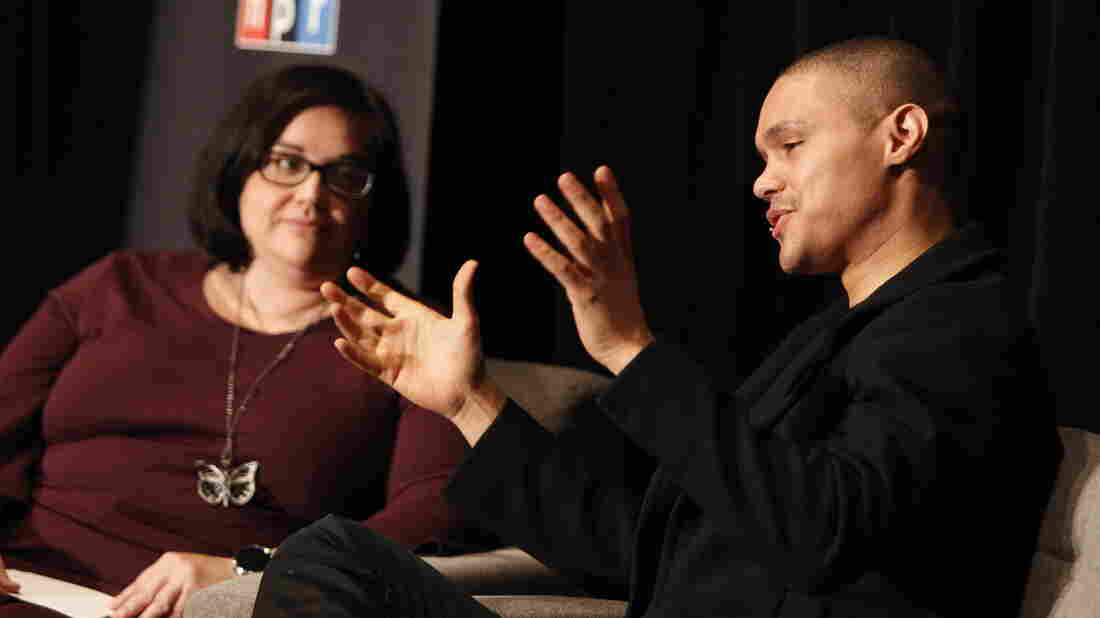 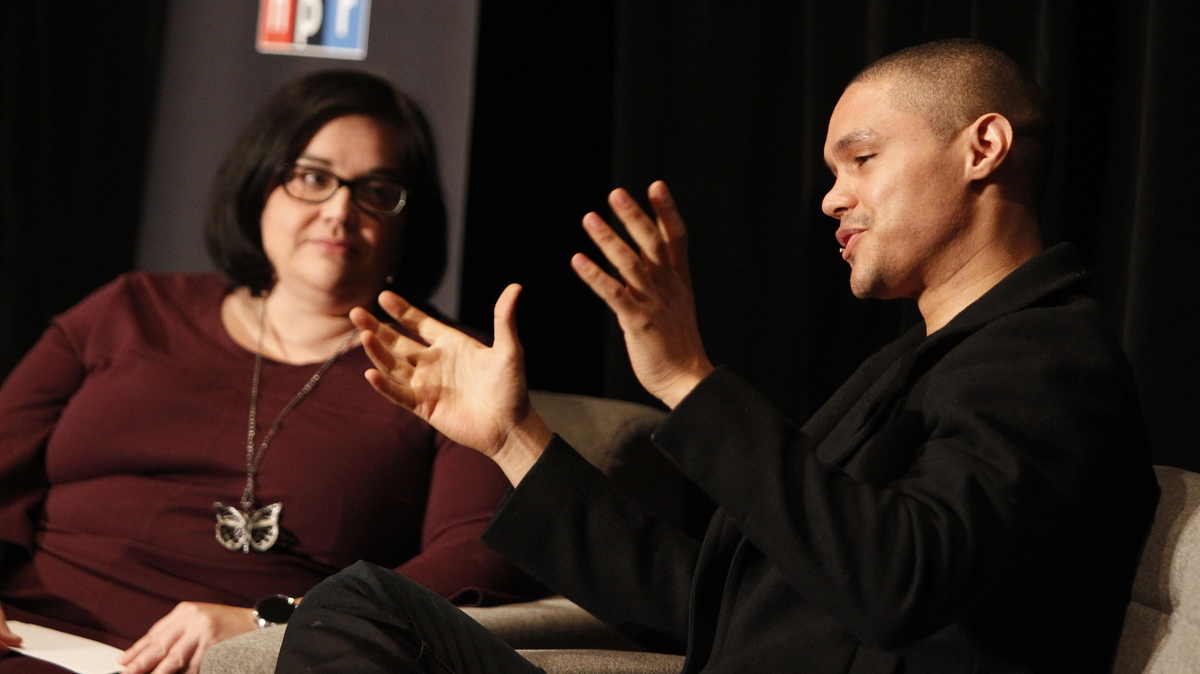 It's Thanksgiving week, and Team PCHH is enjoying some downtime, which makes it a perfect moment to bring you a special show. On Oct. 31 — a few hours before our live show with Fred Armisen — I sat down for a chat here in Washington with Trevor Noah, who was then about a month into his gig as the host of The Daily Show.

(I should also add that he had his appendix out four days later, so who knows? Maybe this was the very last interview for which his appendix was present.)

Noah has a really interesting story, not only because he's been famous for longer than a lot of Americans realized when he took over for Jon Stewart, but also because in that time, he's had a lot of chances to reflect for a guy who's only 31.

We talk in this discussion about how he originally perceived The Daily Show, about the change he made to Jon Stewart's office, about finding a broader array of voices for his incarnation of the show, and about what his first month was like. He also shares some thoughts on why he doesn't like to say he goes "back to" South Africa to visit, what he considers the advantages of people being willing to say things other people don't like, and why he sometimes ignores advice about which jokes to tell where.

There's some good stuff here about comedy, but there's also some good stuff about how organizations can diversify themselves through active rather than passive commitment, and about why he didn't immediately make himself a media critic, and about a documentary that might be up your alley if you're interested in more about his history.

We'll be back next week with our regular panel, including our friend Kat Chow, who has finally returned from assignment and whom we haven't quite stopped hugging yet.