Accessibility links
Americans Don't Disagree On Politics As Much As You Might Think Everyone knows that distrust of Washington is at near-record levels and that Congress has grown more polarized. But what's going on with American voters is more complicated than you may realize.

Americans Don't Disagree On Politics As Much As You Might Think

Americans Don't Disagree On Politics As Much As You Might Think 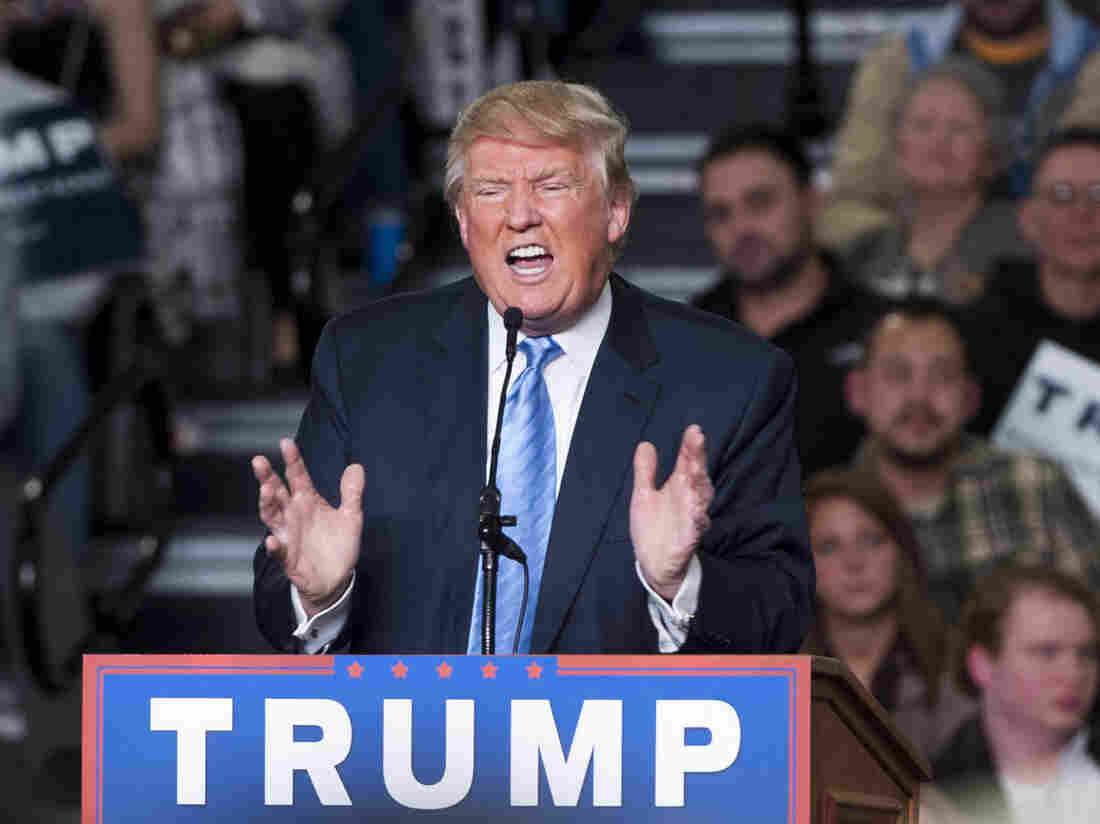 Only around 1 in 5 Americans trusts the government, which has helped political outsiders like Donald Trump. Ty Wright/Getty Images hide caption 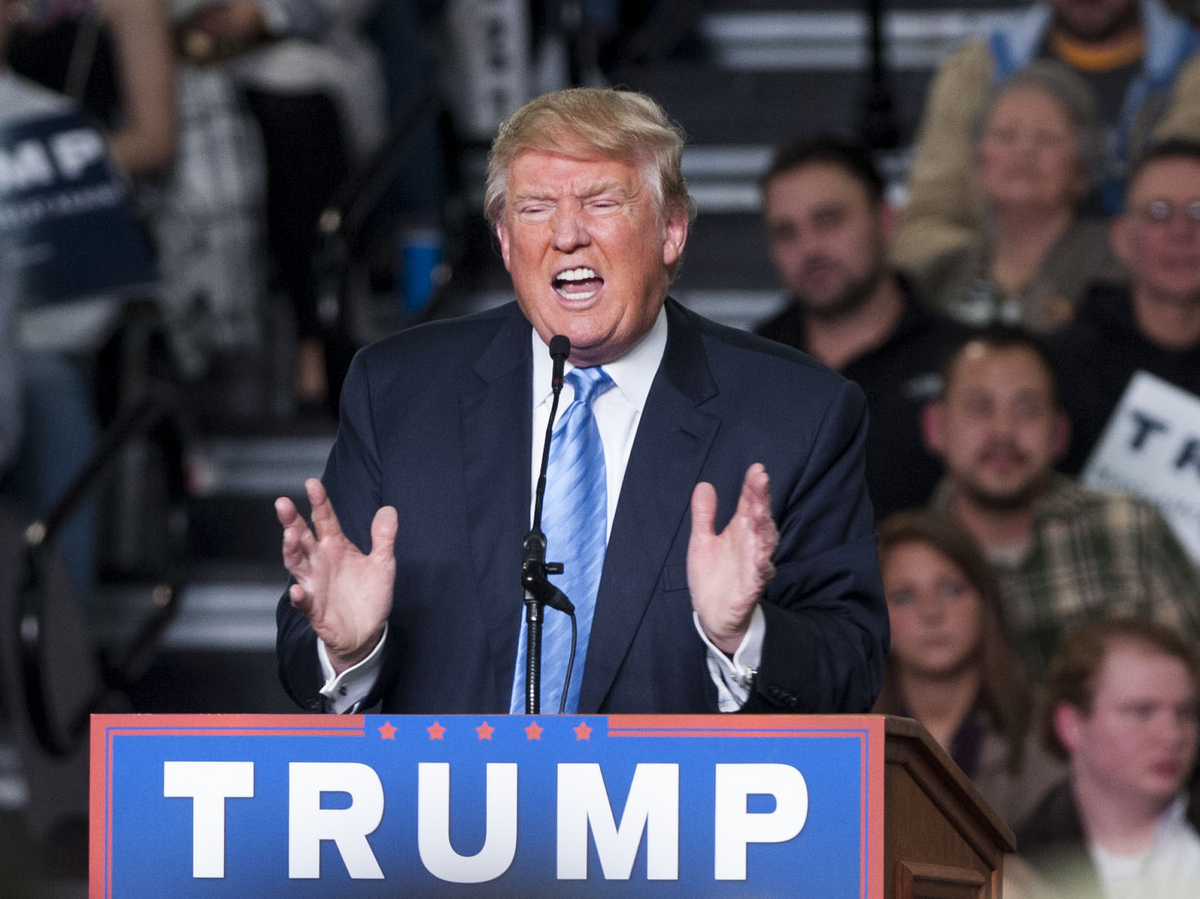 Only around 1 in 5 Americans trusts the government, which has helped political outsiders like Donald Trump.

It has become de rigueur to write about the woes of Thanksgiving-table political arguments. If you are unlucky enough to actually experience these, you may have noticed that the fights at the Thanksgiving table have grown more heated in recent years. That would make sense — after all, we keep hearing that Capitol Hill is growing more polarized (and, relatedly, paralyzed).

Given all that, it may surprise you to hear that Americans aren't actually all that ideologically polarized. In fact, they're really pretty moderate, at least according to Vanderbilt University's Marc Hetherington and University of Illinois at Urbana-Champaign's Thomas Rudolph, the authors of the recent book Why Washington Won't Work.

Hetherington talked with NPR about why Americans distrust Washington so much and why partisanship seems more intense than ever. Here's a transcript of the conversation (edited for length and clarity):

You say that Americans really aren't getting all that ideologically polarized. That doesn't feel true. So how on Earth is that right?

Hetherington: People are not so polarized on issues specifically or in terms of their ideological predispositions.

And the reason is that most people don't pay that close of attention to politics. And in order to have extreme viewpoints on the issues or in terms of their ideologies, that requires a lot of political expertise to take extreme positions on issues.

How did that happen?

It's a combination of lots of things over time. A big part of this, at least to Tom and me, is that there's really nothing that [our representatives] in Washington agree on across party lines any longer. In other words, all the moderates kind of disappeared from the people who represent us.

So, the center of both parties ended up disappearing, in fact, becoming pretty conservative among the Republicans [and] Southerners, and liberal among the Democrats — the Northeasterners and far Westerners, for that matter.

So, a big part of why we don't like each other is the people who provide us with our cues — that is, our leaders — they basically spend all their time telling us that the other side is always wrong, on every single vector. And that's one of the things that causes people to dislike the other side.

Another important piece is the types of issues that divide us these days — when we are divided about things people have deep, strong feelings about, like race and ethnicity, as it is tied up in immigration these days, or gay rights.

These are issues that people have really strong feelings and opinions about. It's not like wage and price controls or something along those lines. These are deep-seated values — things like keeping us safe from terrorism. People care.

And I think the last piece that's really important but maybe underappreciated is that the margins between Republicans and Democrats are so close these days.

So, I'm a Red Sox fan. I hate the Yankees, but when I really hate the Yankees is when the two teams are competing closely. And that's one of the things happening in politics these days. It's just raising the temperature.

We found out this week that trust in government is at near-historic lows. How does that play into this discussion?

It's a very straightforward kind of notion: If you really just don't like the other side, the other side when they're running the government is very basically seen as untrustworthy.

And what we show is that this trust, it provides for a bridge between the two different political parties. But if there's no one in the party opposite the president who trusts the other side, that bridge is never going to get formed.

If there are very few out-party partisans who support the president's programs, there's no reason for Republican legislators to compromise with President Obama. Or during the last years of the Bush administration, there was no incentive for Democrats to compromise with President Bush. There was no one in their constituencies saying, "I trust this guy! I believe these ideas are good ones."

Then why do both sides dislike each other so much now? Is it the same reasons that pushed trust downward?

I would put it in this order. So the changes that I talked about with close party margins and issues being these sort of gut-level issues, the emergence of all of these, and the re-sorting of the electoral map because of race, all those things contribute to dislike, and dislike contributes to distrust.

And polarization itself contributes to this distrust in government as well. When the government is polarized like it is — and there's no doubt that the political left is way different from the political right in Washington these days — what we see in the measures of government productivity is that it's abysmally low.

What I think is fascinating is what you write about that chart of Americans' trust levels — that maybe our baseline we're aiming for shouldn't be the super-high trust levels of the 1950s and '60s.

I think that that's one of the really interesting things we ought to take away from this. Most of the good survey research that's being done has its roots in the 1950s and the 1960s.

And I think one of the things that's important to keep in mind is that may well have been a super-anomalous period in American history. But it's become the baseline we measure everything from. Levels of trust in government in that period were extraordinarily high, and one of the things we do in the book is explore why they might have been so high then.

When you think about what was going on in the late 1950s, early 1960s, when these first trust measures were taken, it was a really scary time. You had the end of the Korean War, the beginning of the Cold War; you had the Cuban Missile Crisis. All of these things were making people think about how government was keeping them safe and successfully so.

And these kinds of partisan issues were taking a back seat. Everybody was together on these things.

But what's changed in the last 40 or 50 years is that foreign policy has played a less-central role, except after, of course, 9/11, when trust in government shot way up. A big part of what's going on here is that when politics are more what you might think of as normal-state — when there's not the worry about losing your life, for instance — we trust the government less.

You write that Republicans distrust government more when Democrats are in charge. I can't help thinking about GOP candidates like Donald Trump, Carly Fiorina and Ben Carson. Is Obama one reason these political outsiders have become such huge phenomena?

I think that's a really good observation. If trust and dislike of the Democrats wasn't so high, it would be a much-less fertile environment for the Trumps and Carsons, and I'd add Ted Cruz to that mix of things, too — people who really want to, either in the case of Cruz, someone who has governed as though he wants to blow up the system, or in the case of Trump or Carson, that they are kind of exemplars of blowing up the system. They might not have promised to do that, but they're so outside the box that they're very different.

So after eight years of George W. Bush being president, did the same sort of government mistrust — this time from Democrats — fuel a young, relatively inexperienced senator to being elected president?

It could be. We never really thought about that, but Obama, of course, was a tremendous outsider candidate. And if you may have noted, trust in government among Democrats was super low in 2007 and 2008 because of the financial crisis and all of that, and so they were looking for in a sense "the real deal." Everybody would have predicted Hillary Clinton would have won in 2008.

I hadn't thought about it. I love that idea, actually — that the low-trust environment was likely something that fueled the outsider Obama, just like it's fueling different outsiders among Republicans this year. I will say this, too: It provided him the fuel. The one thing that he also had mixed with that fuel was tremendous political skills.

OK, so let's switch gears: Give us some optimism. Your last chapter is called, "Things Will Probably Get Better, But We Are Not Sure How." Reassure our readers that things will get better.

The only optimism that we're able to generate in that last chapter is because in the past we've found ourselves in these positions before, and the country has somehow grown out of them. I find this fascinating.

I'm doing similar research on this: the politics of the late 1800s and the politics of today are so similar. And eventually there was a Teddy Roosevelt and the Republicans winning huge victories, starting in 1896, 1900, 1904, and then the Republicans actually became a governing majority and did lots of stuff. And the same happens with Franklin Roosevelt in 1932 and thereafter.

But what we find ourselves with right now is the sort of politics that's very similar to when characters like Rutherford Hayes and Chester Arthur and Grover Cleveland were president. These presidents — they're known for their facial hair, not for their great accomplishments. And we're right back to that moment in time where the gridlock makes it impossible for much of anything to happen.