Accessibility links
Nonprofit Roundabout Is A Regional Theater Right On Broadway For 50 years the Roundabout has survived by presenting revivals of plays and musicals that other theaters won't. Though rates are meager, it still manages to attract major stars for its productions. 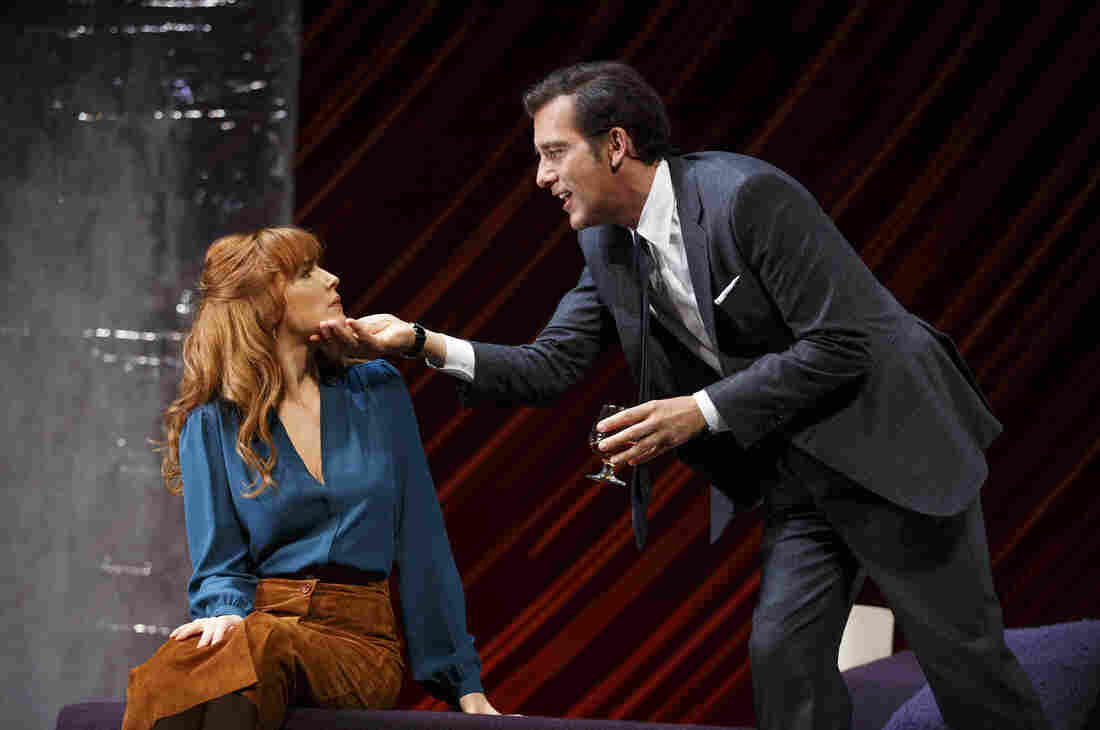 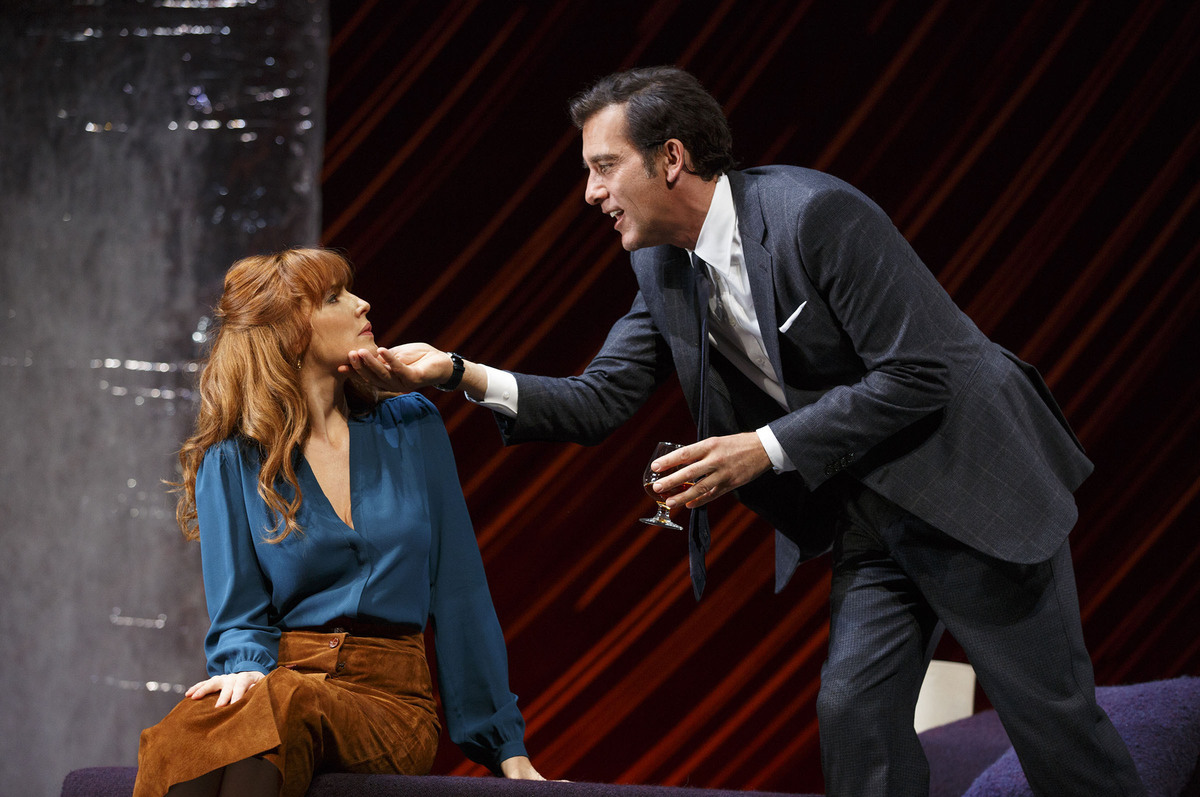 Though the Roundabout Theatre can only pay regional theater rates it's attracted stars like Liam Neeson, Natasha Richardson, Jessica Lange, Jason Robards, Liev Schreiber, and others. Above, Clive Owen and Kelly Reilly star as Deeley and Kate in the Roundabout revival of Old Times.

When most people hear the words "regional theater," they think of stages all across the country, in places like Seattle, Washington, D.C., and Chicago. But one of the most successful nonprofit regional theaters is in New York on Broadway. The Roundabout Theatre has five stages and 30,000 subscribers and is celebrating its 50th anniversary this season.

In 1965, a high school drama teacher named Gene Feist decided to open a theater in the basement of a supermarket in Manhattan. His idea was to stage revivals of works that weren't being performed elsewhere: Shaw, Chekhov, Ibsen. And for a while it worked. But when Todd Haimes, a 26-year-old MBA with a passion for theater, was hired as executive director in 1983 ...

"They had 14,000 loyal subscribers, but they had been in Chapter 11 since 1977," Haimes recalls. "There was tax fraud — significant tax fraud — they had a deficit of $2.5 million on a budget of $2 million, which is almost physically impossible, so they couldn't meet the payroll."

But somehow, Haimes and his board of directors turned things around — in a big way. He eventually became artistic director and now oversees an annual budget of $60 million.

"I think the Roundabout has survived and the reason it has flourished is two words: Todd Haimes," says Frank Langella, a Broadway and film star who has been in five Roundabout productions (starting when the company was still bankrupt).

"He believes in hiring gifted people to do what they want to do and he believes in being an ear, more than a voice," Langella says.

I don't come from a family of artists, so it actually gave me a kind of inner confidence and a feeling of, that maybe I really could do this, as a career — not just as a passion or a hobby.

"I don't come from a family of artists," Karam says, "so it actually gave me a kind of inner confidence and a feeling of, that maybe I really could do this, as a career — not just as a passion or a hobby."

It helps that the Roundabout really commits to artists.

"What we do with these new young playwrights — even though they're only 25 years old and they've never had a play produced in New York — is, when we produce their play at the Underground, we commit and commission their second play, before we produce their first play. So, they feel like they have a home and it's not just a one-off," Haimes explains.

Still, it's revivals that pay Roundabout's bills. Its successful production of Cabaret, more than a decade ago, helped the Roundabout buy the theater they were renting. This month, it's presenting Harold Pinter's Old Times, starring Clive Owen, and an adaptation of Émile Zola's Thérèse Raquin, with film star Keira Knightley in the lead. The Roundabout opened a total of four shows last month. 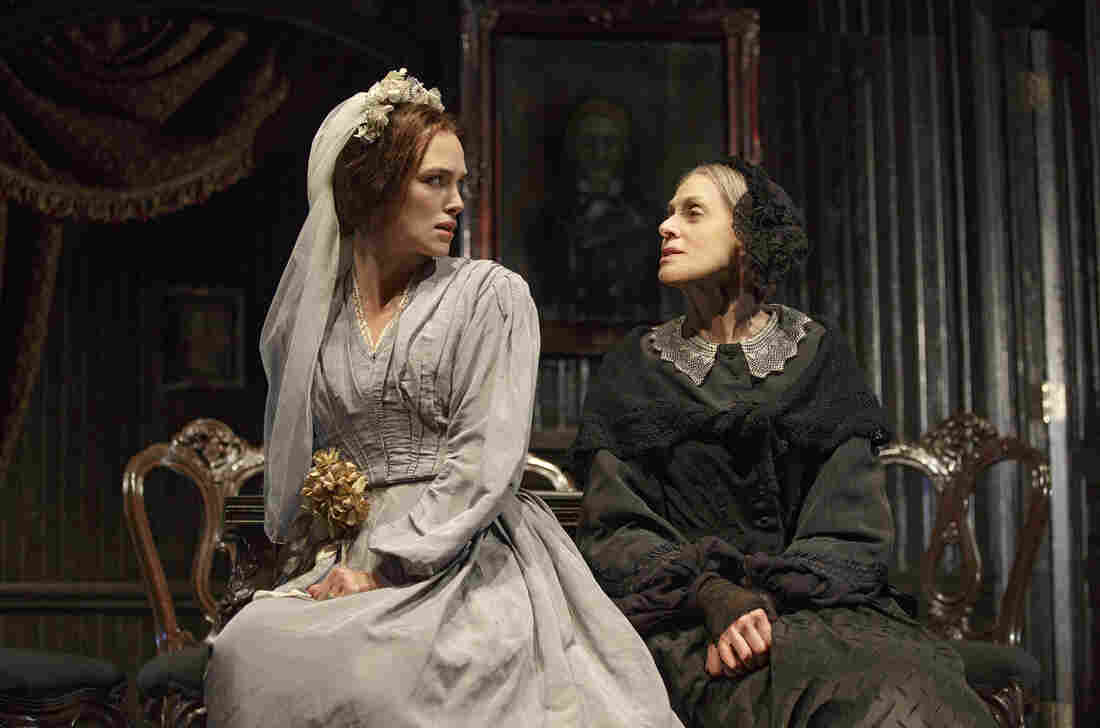 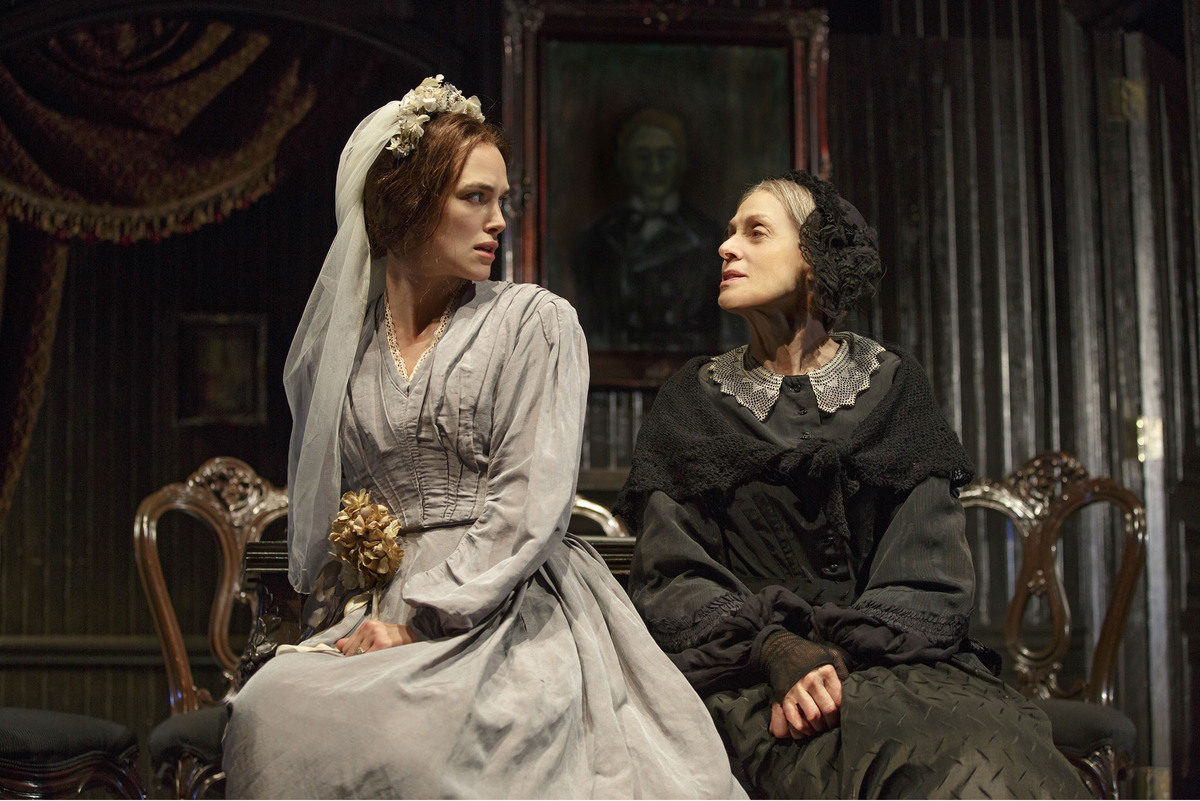 "It is a factory, but for theater, for art," says New York Times drama critic Ben Brantley.

And sure, the Roundabout has also had more than its share of clunkers over the years, Brantley says, but that doesn't change the fact that it's essential to New York's theater scene.

"It operates on so many levels and, brings a lot of performers to New York — especially from London that you might not see on stages here, otherwise," he says. "It's an admirable and an honorable institution."

TV star Jane Krakowski won a Tony for her role in the Roundabout's revival of the musical Nine. She says that, even though the company can only afford to pay a fraction of what commercial Broadway theaters offer, whenever the Roundabout calls, she's there.

"Todd makes backstage visits throughout the entire run of your show and checks in with each performer," says Krakowski. "He's very nurturing to all of the artists in every way possible and he really looks out for everyone, a part of the process. And I think that makes up for the lack of salary! But also, you get to do more creative projects here than possibly you would for more money someplace else."

The fact that everyone involved — from artists to ushers — believes in that mission is what keeps the Roundabout Theater going.

"I think we create a warm and supportive environment ..." Haimes says, and "we have 30,000 subscribers, so the whole show is not riding on their back. It's not like we're going to open, get bad reviews and close the next week. And probably, most importantly, we do adventurous work. I mean, if we didn't do Old Times or Thérèse Raquin nobody would do those plays commercially on Broadway, even with Keira Knightley in them!"

Haimes' biggest concern is leaving the company financially stable so his successor won't have the same worries he did when he started 32 years ago.