Accessibility links
Newborn Baby Abandoned In New York Church's Manger Already Being Loved This week, the love of a mother who felt she couldn't care for her child led her to bring him some place safe and warm. And he was found by people who will—who already do—love him. 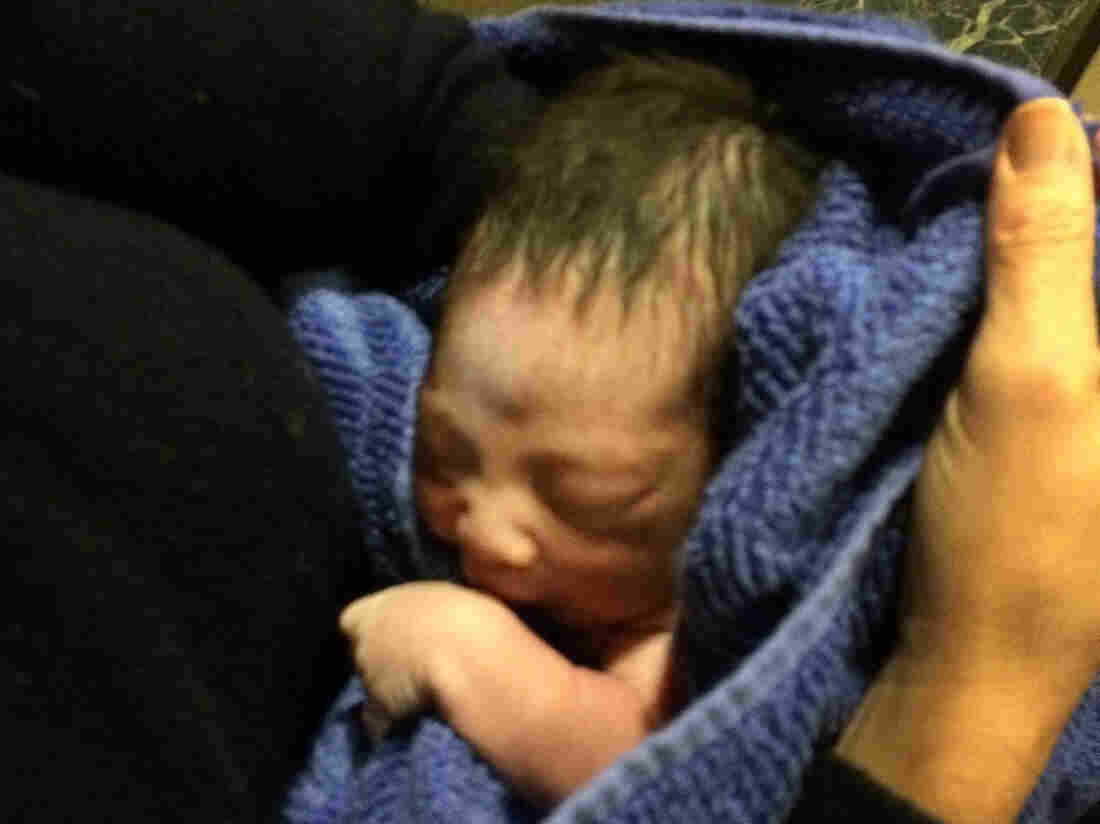 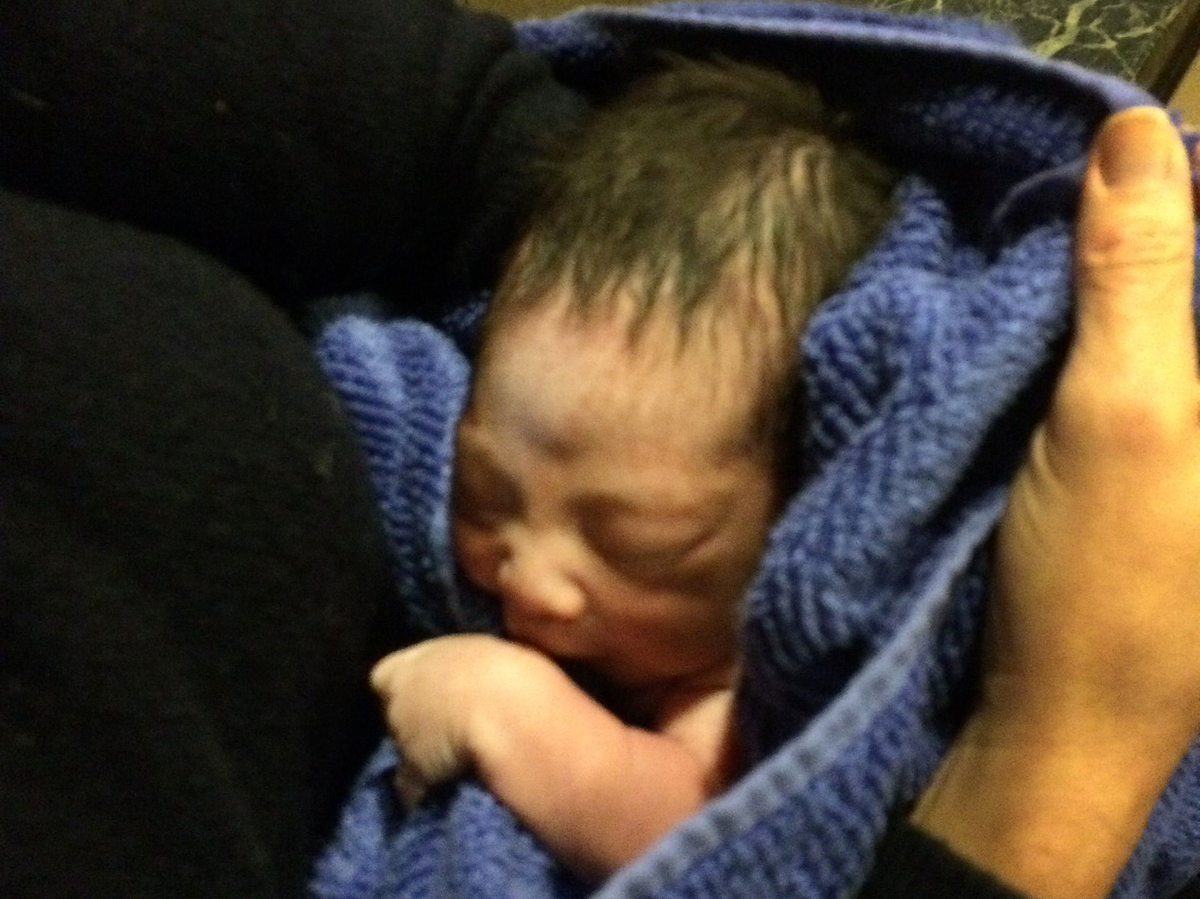 An unidentified woman holds a baby at the Holy Child Jesus Church in Queens, New York. A church custodian found the abandoned newborn Monday in the church nativity scene.

A bible story came to life in Queens this week. Jose Moran spent Tuesday morning setting up the Nativity scene at the Holy Child Jesus Church, where he is a custodian. Mr. Moran put up the manger, and went to lunch. And when he came back at about 1 p.m., he heard the cry of a baby.

The baby was in the manger, swaddled in blue towels. He was so young his umbilical cord still sprouted from his belly.

Jose Moran ran to tell Fr. Christopher Ryan Heanue, who has been ordained for only five months. Imagine being a new priest, and told: there's a live baby in your manger.

Fr. Heanue called 911. The baby boy was brought to Jamaica Hospital, where he was weighed—just over five pounds—and found to be healthy.

Surveillance video reportedly shows a young woman enter the church with a baby in her arms, but leave without a child.

New York, like other states, has what's called a safe haven law. It permits parents to leave their infant in some safe place—a hospital, a firehouse, a church—without being charged with child abandonment. It opens a door in the law for parents who may feel burdened, overwhelmed, and unable to take care of their child to safely leave them, with some confidence that they will be found, cared for, and eventually taken in by another family.

Father Heanue says he feels only love for the mother.

"A church is a home for those in need," he told the New York Times, "and she felt, in this stable—a place where Jesus will find his home—a home for her child."

He says families in the parish have already asked to adopt the baby.

The Queens district attorney says the women who left her child in the manger has been located and interviewed. She apparently returned to the church the next day, to see that her baby had been found. She will not be charged.

Bible stories stay compelling over centuries because they show people who struggle to do something good. Jacob wrestles with God. Sarah laughs at Him. Jonah runs away from God and gets swallowed by a whale. Moses, the baby boy left by a river, doubts God and can't enter the Promised Land; even though he's delivered his people from slavery.

This week, the love of a mother who felt she couldn't care for her child led her to bring him some place safe and warm. And he was found by people who will—who already do—love him.