Accessibility links
From Trembling Teacher To Seasoned Mentor: How Tim Gunn Made It Work Gunn, the mentor to young designers on Project Runway, has been a teacher and educator for decades. But he spent his childhood "absolutely hating, hating, hating, hating school," he says. 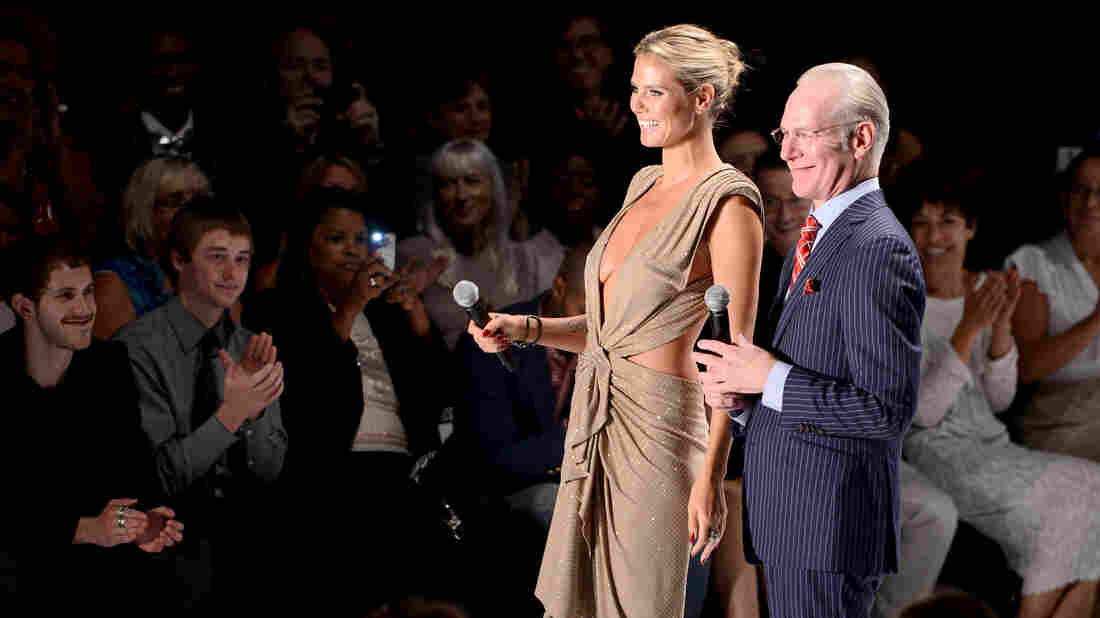 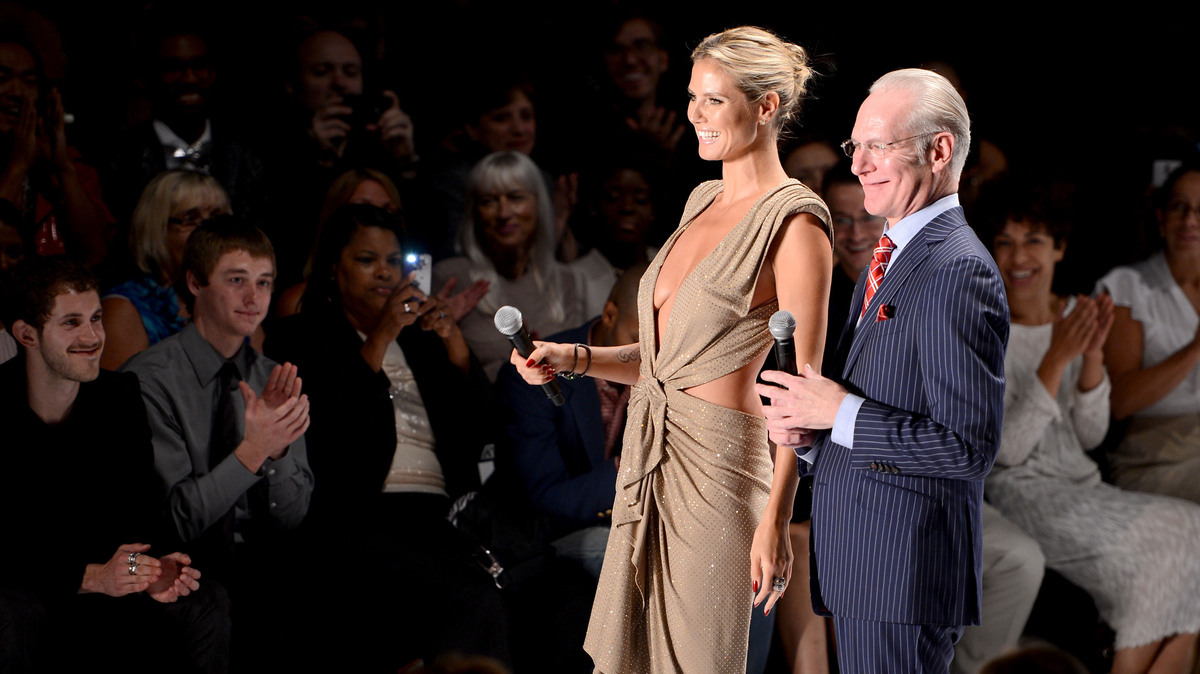 Project Runway host Heidi Klum and Tim Gunn at the Project Runway Spring 2013 fashion show in New York City. Today, Gunn is comfortable before an audience — but it wasn't always that way.

Tim Gunn is famous for his catchphrase — "Make it work!" — his snazzy outfits and his calm, can-do attitude. As a mentor to designers on Project Runway, his unflappable demeanor soothes many a stressed-out contestant.

But Gunn wasn't always so self-possessed.

Long before he made it big on TV, Gunn had a big break of a different sort. He transformed from a kid who was terrified of school into a teacher.

First, he had to overcome a debilitating stutter.

"The worst moment ever — ever — was in the sixth grade," Gunn remembers. "I had to do a report on the Louisiana Purchase, and I couldn't get 'Louisiana' out of my mouth. I went over and over, and I ran out of the classroom crying and ran home."

All through his teen years, Gunn was not a fan of school. But after he graduated college, he needed a job.

"One of my very extraordinary teachers — Rona Slade at, then, the Corcoran School Of Art in Washington [D.C.] — Rona called and she said, 'I just had a three-dimensional design instructor drop out for a summer-school class for high school students, and I'd like you to step in and teach this class.' "

Gunn said yes. On his first day, he was a wreck from the moment he arrived in the parking lot.

"My palms are sweating, I'm visibly trembling and I can barely open the car door," he says. "I'm finally successful getting it open — put one foot onto the asphalt pavement and I throw up all over the place.

"So I rally, sort of," he says. "[I] stumble into the building — I'm a mess. I'm a basket case. I have to brace myself against one of the walls of the studio because my knees are shaking so badly I'm fearful that I'm going to topple over."

As the students filed in, Gunn realized he'd need the class roster — which was about 6 feet away from him, on a table in the classroom.

"So I ask the student closest to me, 'Would you mind bringing me that black notebook?' And he looked at me a little bit like, 'What's the matter, can't you move?'

"And if he'd asked me the question, I would have said, 'You're quite correct, I can't.'

At the end of his first week, he went to talk to his old teacher, Rona Slade. "She looks at me and says, 'Well, I trust that this will either kill you or cure you, and I'm counting on the latter. Good day.'

"I thought, 'Well, after all that I've been through, it's not going to kill me, sister!' And sure enough, after a few weeks, things became a little bit more bearable, and I ended up really loving it."

Gunn continued to teach at the Corcoran, before moving to Parsons School of Design in New York City. At Parsons, he was a faculty member and an associate dean before overhauling the school's fashion curriculum.

And while he no longer teaches at Parsons, Gunn is still educating young designers on Project Runway.