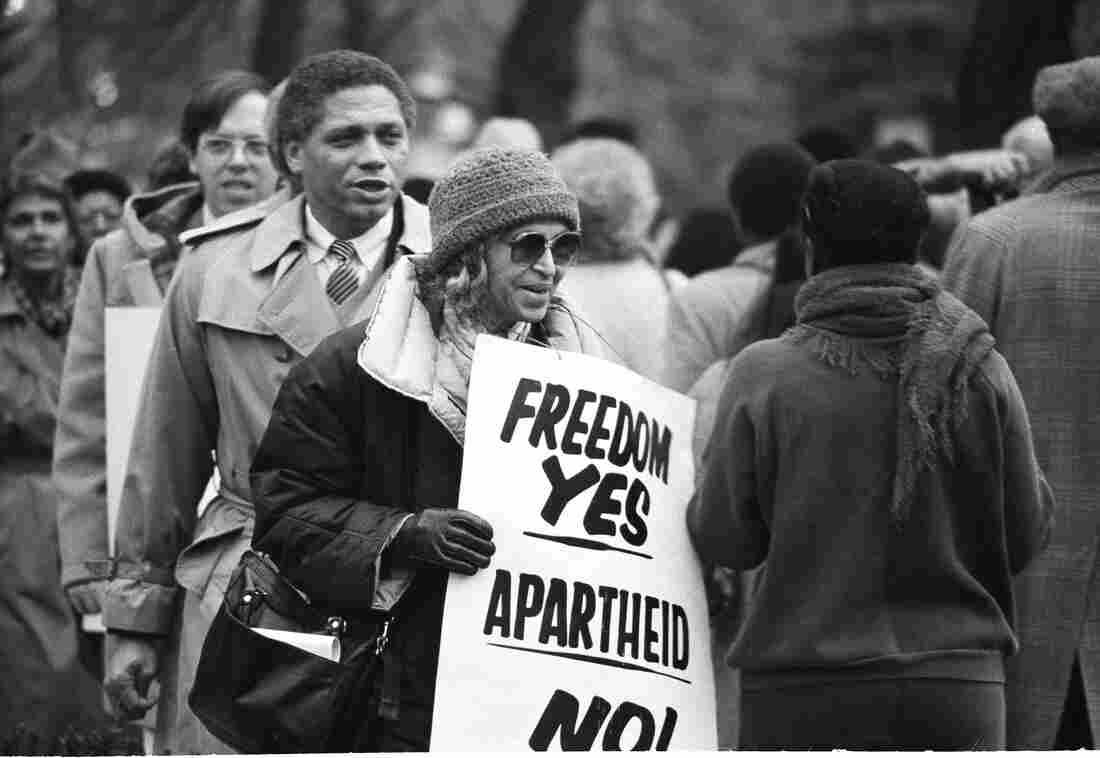 Rosa Parks joins in a march at the South African Embassy in Washington, Dec. 10, 1984, protesting that country's racial policies. She's famous for refusing to give up her seat on a bus in 1955, sparking the Montgomery boycotts â but her activism spanned her entire life. AP hide caption 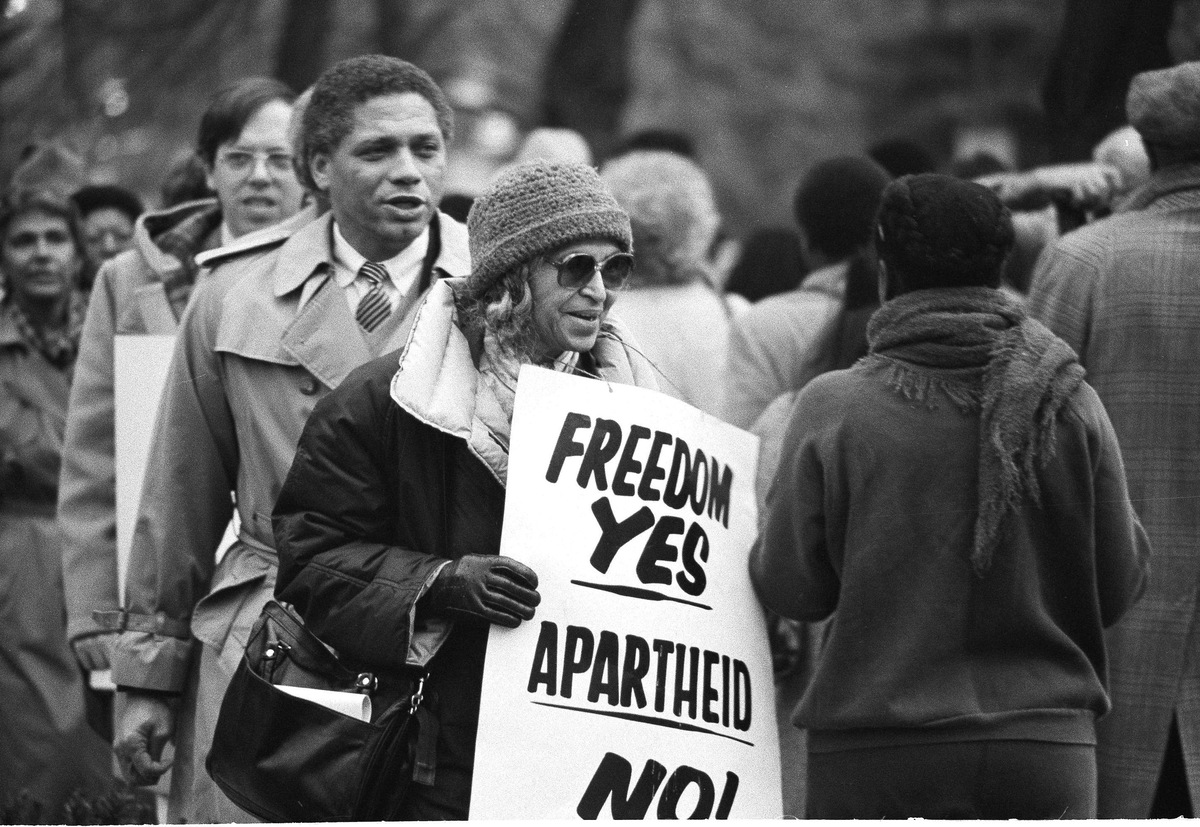 Rosa Parks joins in a march at the South African Embassy in Washington, Dec. 10, 1984, protesting that country's racial policies. She's famous for refusing to give up her seat on a bus in 1955, sparking the Montgomery boycotts â but her activism spanned her entire life.

On December 1, 1955, Rosa Parks refused to give up her seat to a white passenger on bus in Montgomery, Ala. — and changed the course of history.

Her action sparked the Montgomery Bus Boycott, which would eventually lead to the end of legally segregated public transportation. 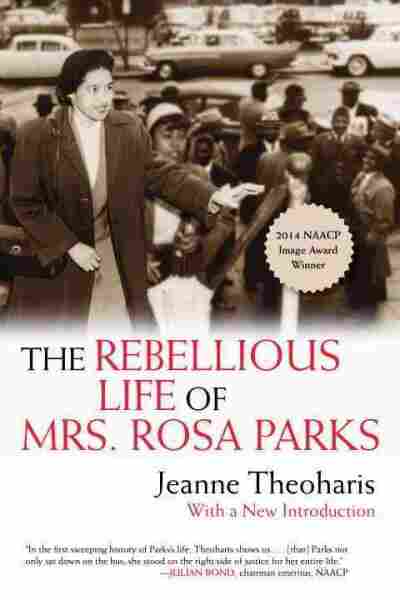 And for many Americans, Parks is the civil rights icon they love to love: the unassuming seamstress who, supposedly, just got tired one day and unwittingly launched the modern civil rights movement.

But as author Jeanne Theoharis explains in her book, The Rebellious Life Of Mrs. Rosa Parks, there was much more to Parks than this simple narrative. She spoke about this with Michel Martin, weekend host of All Things Considered.

Click on the audio link above to hear the interview as it aired, or see below for excerpts from the full, original interview.

On the biggest misconception about Rosa Parks

I think we reduce her to the one day on the bus ... and in fact, she is a lifelong freedom fighter, and what it took to do what she did across her life and on that December day was deeply courageous, deeply difficult. And we see that beginning decades before her stand and continuing for decades after.

On how, in addition to civil rights and voting rights, Parks was also an anti-rape activist

Rosa Parks, like many black women, was doing domestic work in her late teens. She's working for a white couple and a white neighbor of theirs is let in the house, gets a drink, puts his hand on her waist. She gets terrified. He's big. He's burly.

She's small, but she resolves to resist. She basically tells him "you can rape my dead body." And we'll see the same kind of resolve in the 1940s. Then she will ... try to bring cases where other black women have been victims of sexual violence or rape.

On what it cost the Parks family to maintain the boycott

She loses her job; her husband loses his job. They never find steady work in Montgomery ever again. So the whole boycott, they are in deep economic trouble. They're getting constant death threats ... Their steady income goes away.

They're never well-off. I think we also have this myth that she's middle-class. They're not middle class. They're living in the Cleveland Courts projects when she makes her bus stand. Their income is cut in half. In fact, it takes 11 years for the Parks to post an annual income equal to what they're making in 1955. They will move to Detroit in 1957 because things are so tough in Montgomery.

The story we're told is a feel-good story: "It was bad, but then people organized, and look how far we've come, look how good we are." It's a story that puts the problem deeply in the past.

We miss the fierceness of Rosa Parks. We miss the perseverance...We miss who she was and what it took, and what she's asking of us today.

If we want to think about the way it portrays Rosa Parks, it traps her on the bus. It makes her meek ... and we miss the fierceness of Rosa Parks. We miss the perseverance ... We miss who she was and what it took, and what she's asking of us today.

All Things Considered weekend host Michel Martin heads to Montgomery on Dec. 1 to look back on the city's historic bus boycott on its 60th anniversary. The live storytelling event is a part of Martin's Going There series. For more information, visit www.nprpresents.org.

Read an excerpt of The Rebellious Life of Mrs. Rosa Parks