Accessibility links
Customization Is Key: 'Star Wars: Battlefront' Makes Space For Gamers Of All Stripes In the video game Star Wars: Battlefront, players can customize characters according to gender, race and age. Producer Sigurlina Ingvarsdottir says inclusivity was a priority "from the get-go." 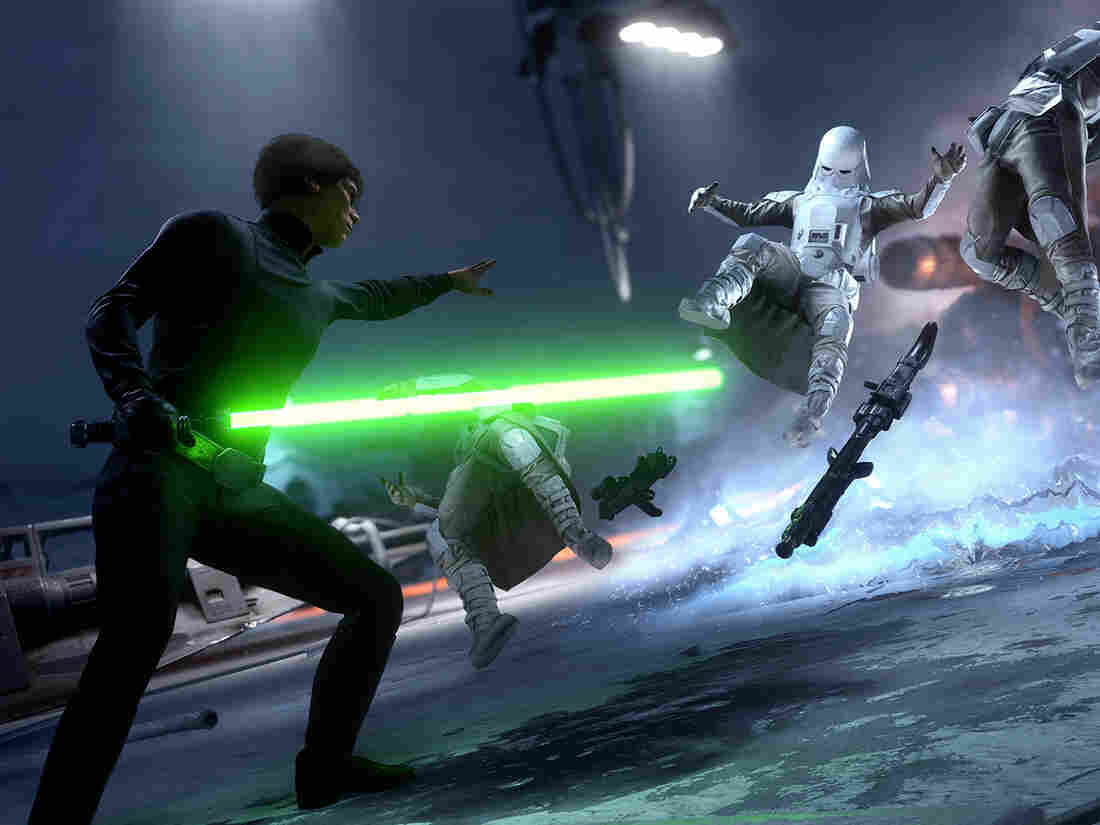 In Star Wars: Battlefront, gamers can take their pick of customization options for the characters they play. Courtesy of EA hide caption 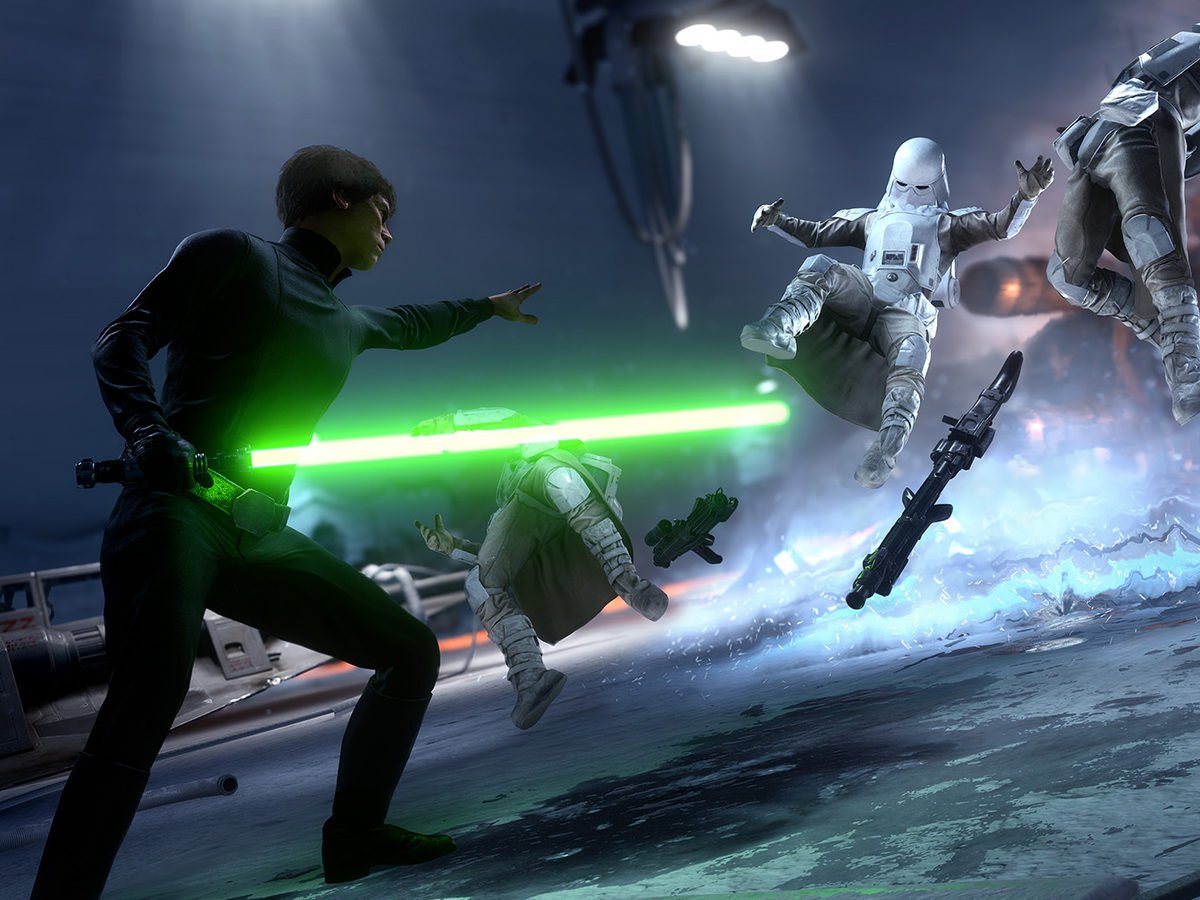 In Star Wars: Battlefront, gamers can take their pick of customization options for the characters they play.

Still several weeks out, the hype is already hitting enormous heights for the new Star Wars installment. The Force Awakens has sold more than $50 million in tickets — and the movie doesn't even open until Dec. 18.

But fans of the film franchise do have an outlet for their excitement available right now, and it offers an opportunity the movie doesn't: The video game Star Wars: Battlefront allows players to customize their characters with a tremendous diversity of characteristics — white, black, young, old, male, female, human or, well, distinctly unhuman.

Sigurlina Ingvarsdottir, a senior producer at DICE, the Stockholm-based team that developed the game, says all that customization wasn't just a secondary feature. It was a priority.

"For us, now that we are rebooting the franchise and looking forward, it was important to take notice of the fact that gamers are of both genders, young and old, of every race," Ingvarsdottir tells NPR's Michel Martin.

"We wanted to make sure that from the get-go we were designing the franchise to be inclusive for everyone." 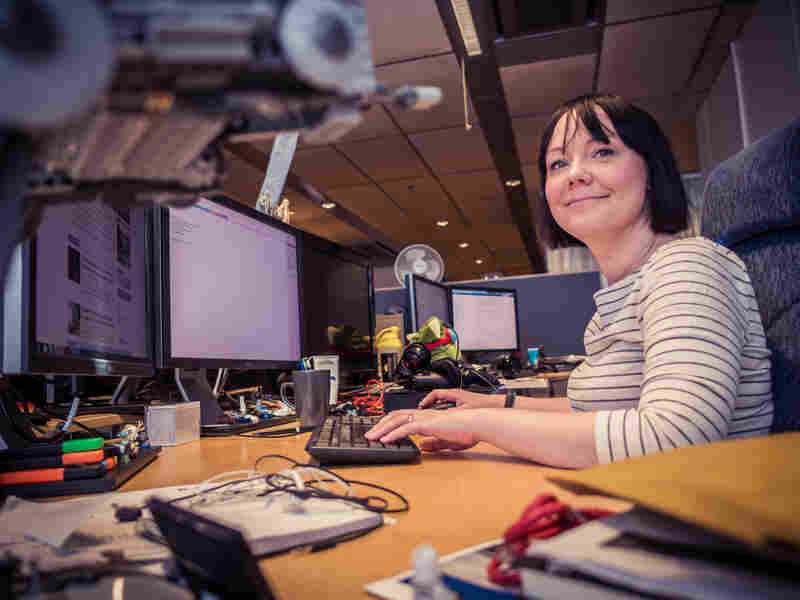 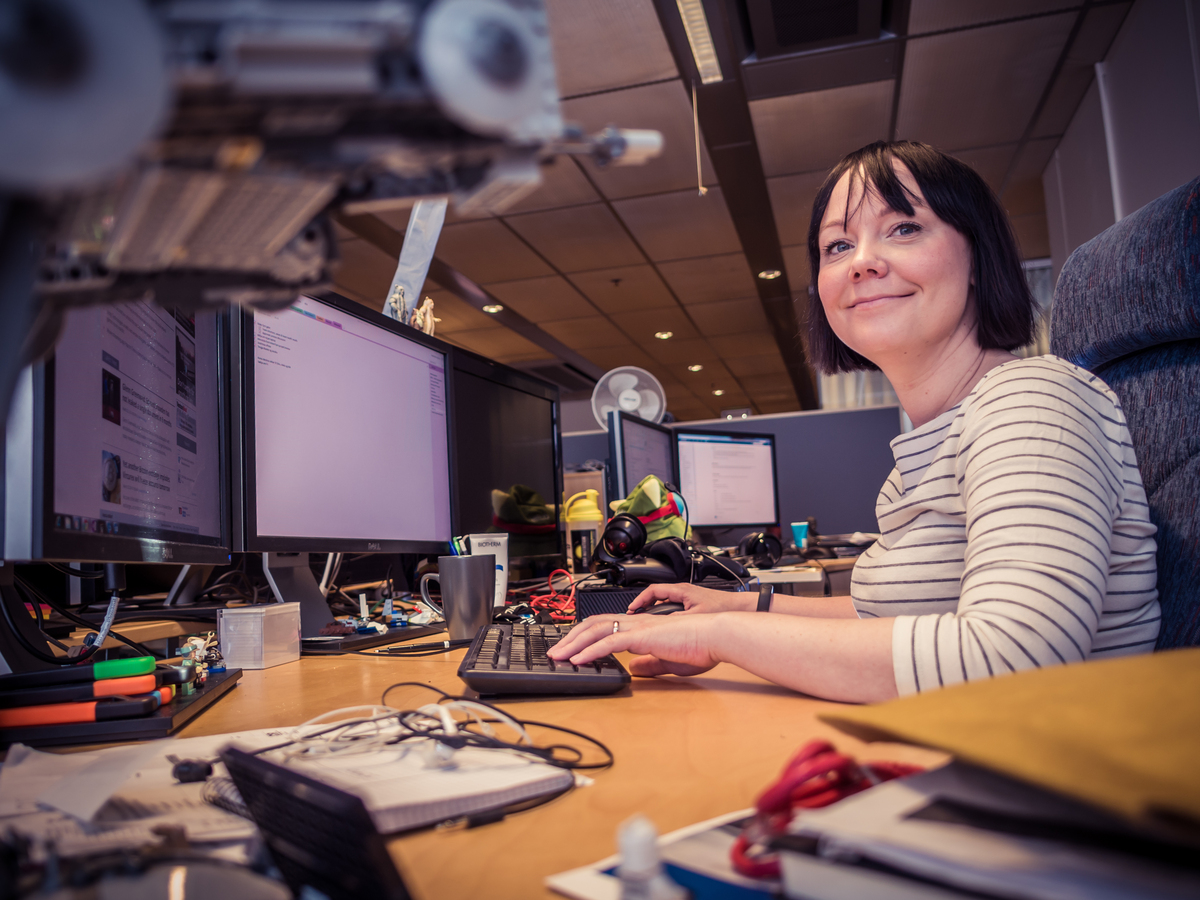 On how customization came to be such an emphasis

I think that you could have an easy assumption that [customization] is because of me, but it isn't really — although I strongly support it. My design director of the game, for him it was always a given that you'd be able to play people of both genders. And, you know, we didn't specify races in the beginning, but that was the next step.

The way that we do it is we use a technique that's called photogrammetry. So, the characters in the game and that you can select from — these are actual actors. When we did that casting for it, we decided to make sure that they were as diverse and as different as possible.

On the most fun part of the process

I think for me being able to go to the Lucasfilm archives at Skywalker Ranch. There's a treasure trove of Star Wars props and costumes and models that have been used in the original trilogy of movies.

One of the things that I had never thought about was how the vision for the universe is creating the unfamiliar out of the eminently familiar. And I think the technology of a lightsaber as an example. What they did was they took pieces of camera equipment from the '60s and put them together to create these hilts for lightsabers. I think it's really the key to making the universe of Star Wars so believable and so enchanting.

I've been in the industry now for nine years, and I can see more prominent women through different gaming companies reaching higher levels. I can see games starting to feel more diverse, in both their subject matters as well as character creation. It feels like it is changing in a more positive way. Not very quickly, but I feel pretty hopeful.

I don't think, you know — although it would be nice to feel like my game is a big contributor to that — but I think it's more emblematic of a bigger change.