Accessibility links
5 Sisters Struggle With The Shackles Of A Conservative Culture In 'Mustang' Five Turkish teens are censured by a culture threatened by their burgeoning sexuality in Deniz Gamze Ergüven's debut film. Critic John Powers says Mustang brims with "the zing and energy of life." 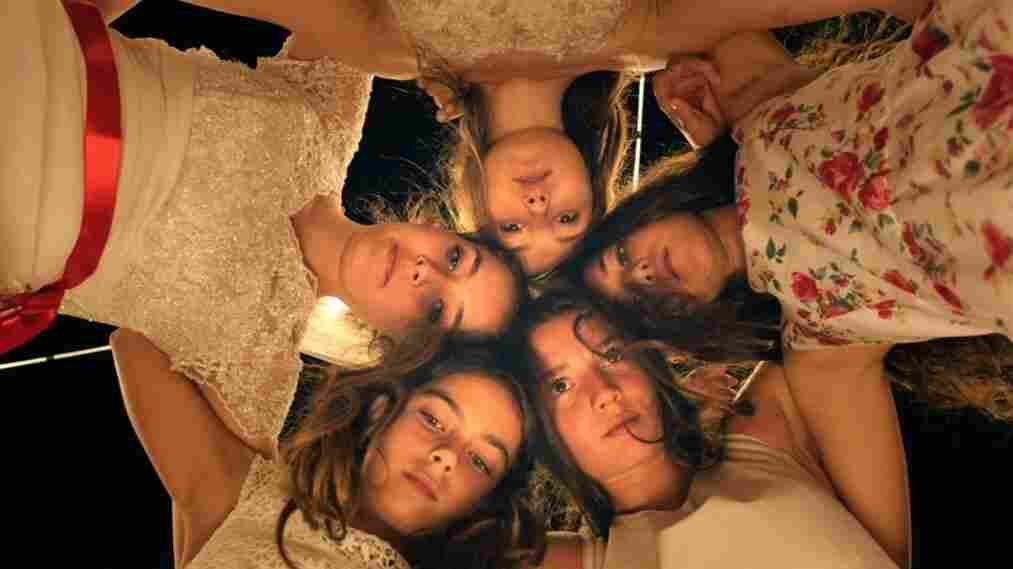 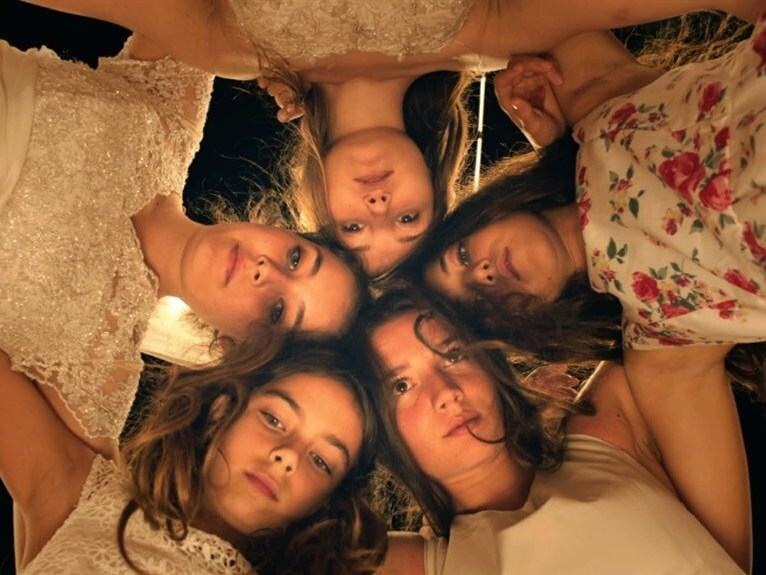 The most intractable conflict in modern life is the battle between those who want society to be somehow pure — religiously, say, or racially — and those who see society as an ever-changing mix and actually prefer it that way. You could hardly find a more horrific example of this split than the Islamic State's terror attack on the proudly diverse city of Paris.

We find a less bloody version of this conflict in Mustang, the debut feature of the gifted young female director Deniz Gamze Ergüven. And talk about your mixes: Ergüven was born in Turkey, but now lives in France. She co-wrote the script with a French director, but tells a story about Turkey from a Western enough angle that France has made a film in Turkish its Oscar entry. I should probably mention that it's really, really stirring.

Mustang centers on five orphaned teen sisters who live with their grandmother in an isolated town on the Black Sea. Their blood fizzes with the champagne of dawning sexuality, and as the action begins, they join some boys at the beach where they splash one another and ride guys' shoulders. It's all innocent fun, but when they stop to eat some apples — which spells trouble in the Koran as well as the Bible — you know their Edenic idyll will end badly. And it does. They get ratted out for licentiousness by a neighbor whose headscarf represents her entire worldview.

Led by their abusive uncle, the family basically puts the five under house arrest. They strip the girls of the devil's tools — you know, cell-phones, makeup, stuff like that. They give them virginity tests and force-feed them a crash course in being a good housewife. So what if they're kids? The family sets about marrying them off.

Their home has become "a wife factory," as it's put by the youngest sister, Lale, through whose keen eyes we see the action. Delightfully played by newcomer Gunes Sensoy, Lale's an irrepressible soul who keeps wondering which, if any of these young women will stand up for herself and refuse to be broken.

As all this unfolds, the family home becomes a metaphor for an entire culture driven by patriarchal ideas about female purity, family honor, women's sexuality and the belief that women shouldn't be allowed to choose their futures for themselves.

While Mustang's story is simple and sometimes too neat, it has the zing and energy of life, starting with Ergüven's shooting and editing style. She works with a freedom and looseness closer to French cinema than to, for example, the rigorous approach of the best-known Turkish filmmaker Nuri Bilge Ceylan.

But like Ceylan, Ergüven knows Turkish reality and knows how to keep her characters anchored in it, a feat all the trickier given that she's working with mainly first-time actors. Although her five long-maned mustangs at first seem indistinguishable in their youthful exuberance, all five reveal vividly distinct personalities, from the sexually wised-up Sonay, who's learned the tricks of feigning wedding night purity, to the quieter Nur, who knows family secrets no one else does.

As our sense of them deepens, so does the film. A story that begins in a larky eroticism, with Ergüven eyeing the young women rapturously, is gradually suffused with a pained and powerful sympathy for young women shackled by a conservative Islam that finds their natural stirrings obscene.

Lest we viewers feel too superior about this, it's worth remembering that American culture shies away, too, from dealing honestly with the sexuality of teenage girls. We find it strangely threatening, although we tend to talk about this in terms more psychological than religious.

Although Mustang is essentially a feminist prison movie, it's neither dreary nor didactic. In their different ways, the sisters try, with mixed success, to resist their fate. None does so more radically than Lale, who dreams of escaping to the comparative freedom of Istanbul. This isn't The Hunger Games, in which a teenage heroine, Katniss Everdeen, is able to topple an entire oppressive order. It's provincial Turkey, and the most a free-spirited young woman can do, Ergüven suggests, is run for her life.